This is a contributing entry for Our Coast and only appears as part of that tour.Learn More.

The Bayou St. John Urban Marsh is part of a larger project to improve the health of Bayou St. John. Restoration to the historical condition is impossible due to urbanization along the banks of the bayou. At the mouth of the bayou the channel was dredged in order to increase flow into the bayou when the flood gates are opened. By having natural wetlands close to the opening, it is intended to encourage organisms to use and live in the wetland and then when the gates are opened, the organisms are swept into the bayou. By introducing the fresh, oxygenated water and small organisms that are the basis of the food chain, the health of the bayou will be improved. Water from the bayou is pumped into City park and becomes part of the lagoon system. 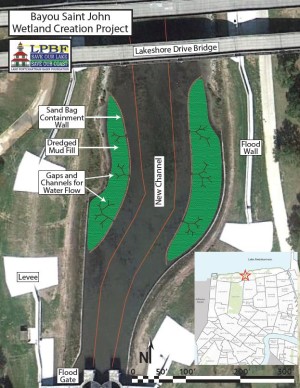 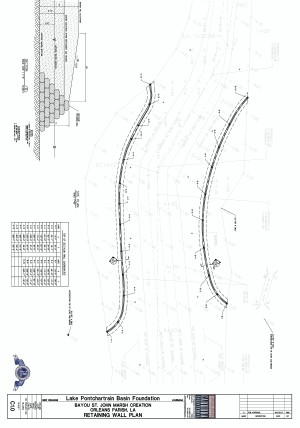 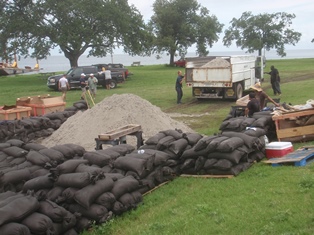 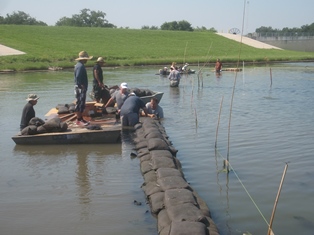 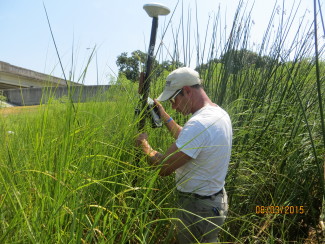 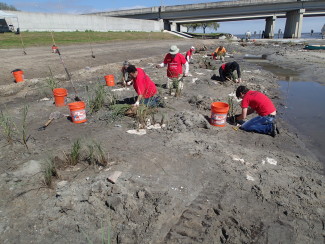 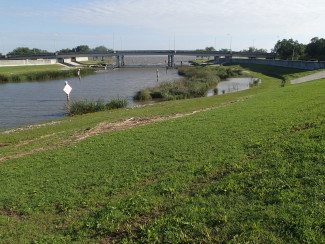 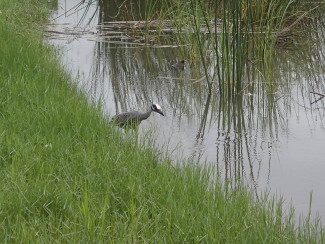 Most local commerce in the 1700’s and 1800’s was not on the Mississippi River but through the Bayou St. John “back door” to the Isle of Orleans. It was Bayou St. John and Lake Pontchartrain that made New Orleans possible for its first century.

During the past century, New Orleans sprawled away from the river’s high ground into surrounding wetlands, transforming the bayou and its swamp into an urban landscape. In the 1920’s, a portion of the lake was filled, extending the mouth of the bayou into what was open water. Levees were built on this reclaimed shoreline and enclose most of Bayou St. John.

As use of the bayou changed and residential development along the bayou persisted, water flow management from Lake Pontchartrain to the bayou became an essential task. In 1962, a flood control structure was built at Robert E. Lee Boulevard to replace a 1930’s lock. In the late 1970’s and early 1980’s the Orleans Levee Board, responsible for Lake Pontchartrain area hurricane protection, began discussions about closing the mouth of the bayou entirely in order to abandon the need to enhance the levees lining the bayou. The public, supported by neighborhood groups and elected officials, fought to instead implement alternative flood control methods resulting in construction of a new flood control structure near the mouth of the bayou. In 1982, Bayou St. John was designated by the Louisiana Legislature as a “Historic and Scenic River”, which “requires protection and preservation of its aesthetic, scenic, recreation, fish, wildlife, ecological, archaeological, botanical and other natural and physical features.” Currently, the nearby flood gates are operable, however, due to land subsidence, the bayou is lower than the lake so the gates can now only be opened for brief periods or else the surrounding neighborhoods would be flooded.

In 2013, the Orleans Levee District dredged a channel through a sand bar that had closed off the mouth of Bayou St John from Lake Pontchartrain. The goal was to increase water flow into the bayou when floodgates are opened, part of a long term effort to improve the bayou’s water quality. LPBF saw an opportunity to beneficially use dredge material to create wetland habitat.

The project needed creative solutions for sediment containment in a high-energy environment. LPBF partnered with EMS Green of Belle Chasse, LA to build retaining walls of geotextile sandbags locked together with spiked plastic “Deltalok” plates. 7,400 bags containing 185 tons of sand were filled and moved by hand to create 560’ of dike in 2’ to 3’ of water, using over 1,000 volunteer hours. Sandy mud was dredged from the middle of the bayou and placed behind the retaining walls, which proved stable enough to hold over 2,000 cubic yards of fill. The “soft armoring” stabilized the final elevation as the fill material settled.

In 2014, after proper settling time of the newly placed sediment, the wetland was planted. Over 5,000 plugs of 8 native grass and sedge species were planted by volunteers. Many of the plants were planted into Gulf Saver bags, biodegradable bags with a custom mixed supply of nutrients in order to jump start plant growth. The Gulf Saver bags were provided our partners at the Restore the Earth Foundation. Most of the grasses that were planted were smooth cord grass or Spartina alterniflora. Other plants included saltmeadow cordgrass (Spartina patens), bullrush (Schoenoplectus californicus), common rush (Juncus effusus), dwarf spike-rush (Eleocharis parvula), giant cutgrass (Zizaniopsis miliacea), common three square (Schoenoplectus pungens), and roseau cane (Phragmites australis).

Scientific monitoring is an essential part of any restoration project, in order to be able to assess successes and failures, rate of change and to gain lessons learned. Monitoring helps to adaptively manage projects if needed and also helps to make future projects of the same type more successful by applying lessons learned forward. At the Bayou St. John Urban Marsh, a monitoring program was set track the changes in vegetation and soil over time. Since mostly only one species of plant was planted we expect diversity to increase over time. Also, after the planting, there was still a lot of bare ground which we would expect plants to fill in over time. The dredge material that was placed was very sandy. We would expect the soils to become more organic over time as wetland plants decomposed and roots spread. The monitoring program tracks these changes over time.

The monitoring revealed that many freshwater annual and perennial plants colonized the wetland on their own but the plants that were planted remained dominant after three years. Total percent cover did not get as high as expected, most likely due high water levels causing extended inundation. Overall, the wetland creation project has been successful so far, and has maintained and flourished in it's first three years. More details about the monitoring results can be found in our report "Bayou St. John Urban Marsh: Summary of construction and 2014 to 2017 monitoring."