This one-story, board-and-batten railroad station was built in 1872 to serve the Detroit and Bay City Railway. The D. & B.C. was the first railroad line to pass through Rochester and represented a huge economic boon to the small village. The Detroit and Bay City Railway soon became a division of the Michigan Central Railroad, and thereafter of the New York Central and Penn Central railroads. The New York Central used this depot until 1960, and it discontinued passenger service along this portion of the line in 1964. Freight traffic continued to pass through Rochester on the line until 1976 when the track was abandoned and subsequently converted to a recreational trail. Since the departure of the railroad, the depot has served as the home of a number of small businesses. 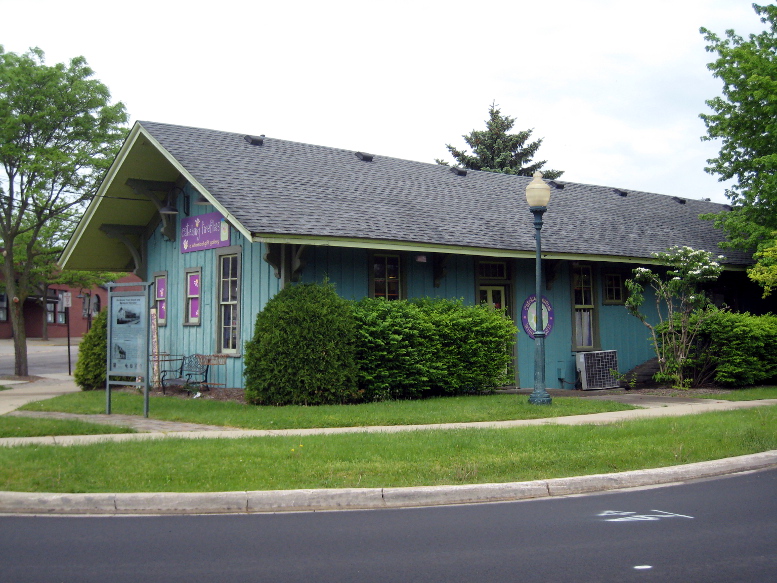 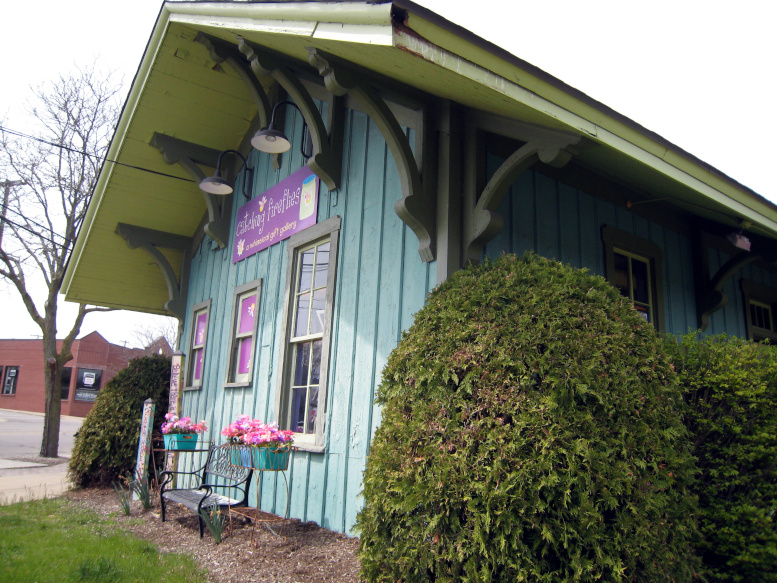 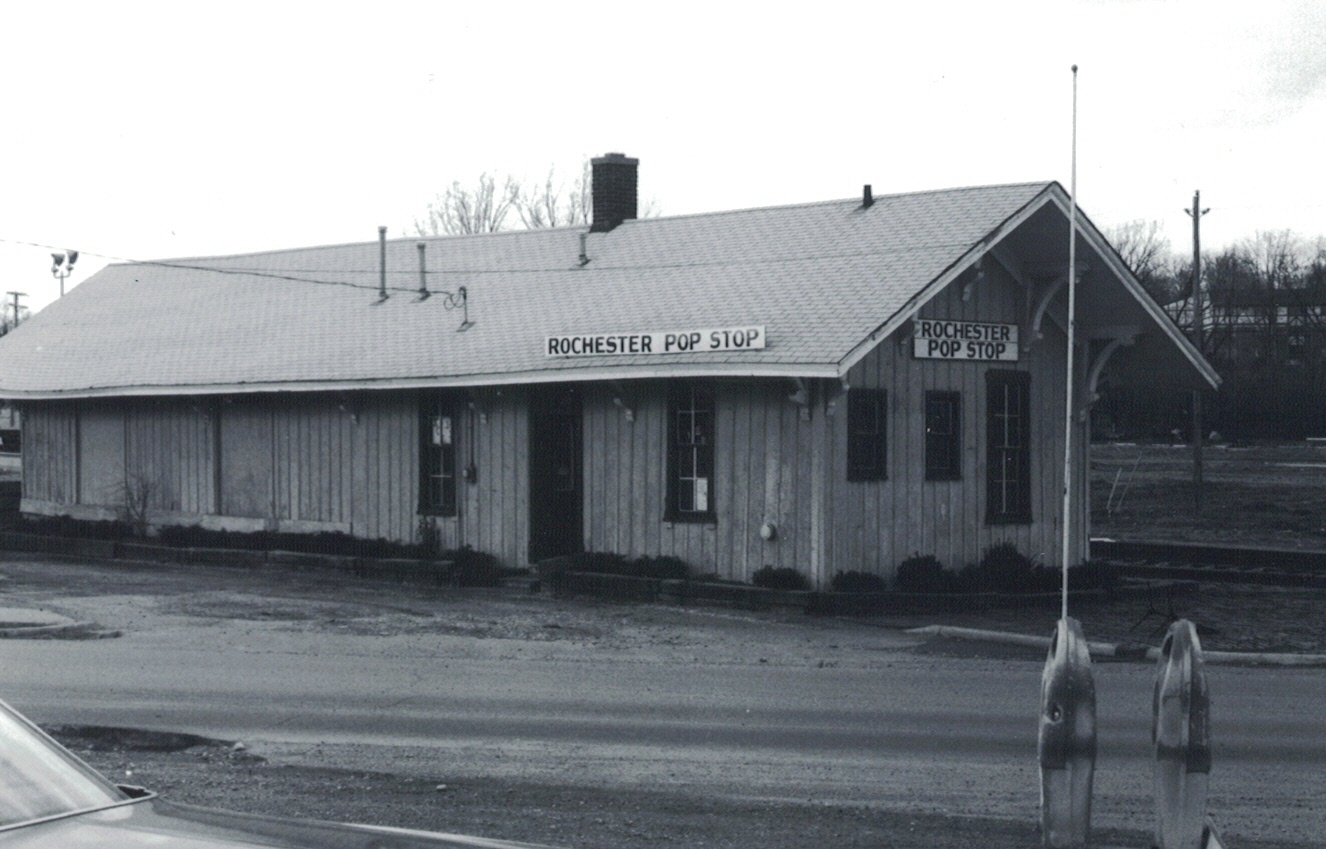 The Detroit and Bay City Railway Company was organized in 1871 with Lysander Woodward of Rochester as its first president. The offices of the railroad company were located in Rochester during Woodward's two-year term as president. The railroad line's tracks reached Rochester in August 1872, and the first passenger train arrived in October of that year. The Rochester correspondent to the Pontiac Weekly Gazette reported as follows in August 1872:

The laying of the iron on the Detroit and Bay City Railroad from Detroit northward, reached Rochester on Friday, the 23d, and is rapidly advancing. But a short time will elapse before passenger trains will be running and we shall have railroad connections with the country at large, quite as good as Pontiac.

It is the intention to have a fine depot and all necessary appendages built at Rochester, on the Detroit and Bay City road, and the place will compete with Pontiac, for the agricultural products and business of the country. Today a festival on account of the opening of the road, was held in a grove in this place, a dinner given to the railroad hands and citizens, some firing done, speeches made, and one of the finest assemblages ever congregated in Rochester convened. Mr. Smith, of the firm of Jas. F. Joy & Co., contractor for building the road, predicted a fine business future for the place, if its opportunities were improved, and paid it the complement of having the best natural advantages of any village he knew of in the State.

In 1874, the depot was moved across Fifth Street (now East University Drive) from its original location and enlarged to incorporate a freight house. The Pontiac Weekly Bill Poster reported the details in its Rochester news column on June 3, 1874:

The contract for building a new freight depot in this village was awarded to Mr. Joseph Holman, Jr., of this village, last Tuesday, and the work will commence immediately. The station house is to be moved across the street, north, and the freight house attached to it. Mr. Holman has also taken the contract for erecting sign-boards at all the crossings between Detroit and Bay City.

The Pontiac Weekly Gazette of December 25, 1874 noted that the work on the depot was now complete: "The depot at Rochester, as was noted some time since, has been moved, enlarged, and put up in good style..."

This station was used for railroad purposes until 1960, and the last passenger train left Rochester in 1964. The property was acquired from the railroad line by a private investor in 1967, and has housed a number of specialty businesses since that time. The railroad line was abandoned in 1976 and the tracks were removed.