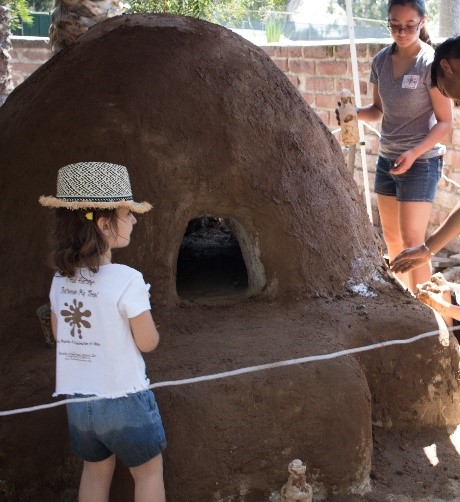 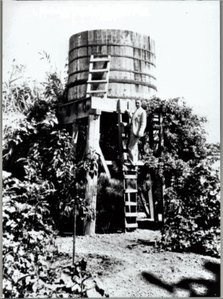 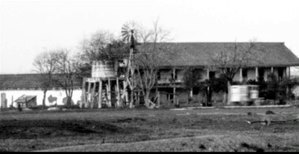 Rainwater is never a given in this region! When another drought gripped Southern California in 1894, RLC owner Jotham Bixby was desperate to quench the thirst of his grounds and livestock so he hired a “rainmaker” for $100 ($3K in today’s dollars). Payment was contingent on the production of two inches of rain. Unfortunately, the rain did not fall. The re-created water tower (minus its windmill) resides in its original location near the capped well.

When Rancho Los Cerritos was connected to the City’s water supply in 1931, Cornell’s newly installed gardens could be easily irrigated with a sprinkler system. Nonetheless, Cornell incorporated the old water tower as another remnant of the historic tapestry of the estate’s unusual garden. Cornell also sited a secondary orchard around it, mixing in some ornamentals as well. With more avocados, persimmons, pineapple guava, and jujubes, it seems there is a subtle reminder that California’s agricultural concerns are only possible when water is nearby. Only a few of the secondary orchard's trees remain in this area.