This marker was dedicated in 2016 and commemorates the story of Chalybeate Springs, a historic resort that operated near this intersection for over a century. Though the exact construction date of the first hotel at the site is unknown, records indicate that a hotel was operating here in 1830. The springs were discovered at some point in the early 19th century by Dr. William Ford. They soon became a popular destination for tourists and locals interested in improving their health. Hotels were operated at Chalybeate Springs up until World War II when the resort was permanently closed due to declining business in the Great Depression and a lack of tourism during the war. The Chalybeate Springs Hotel Springhouse, the only surviving structure, was added to the National Register of Historic Places in 2018. 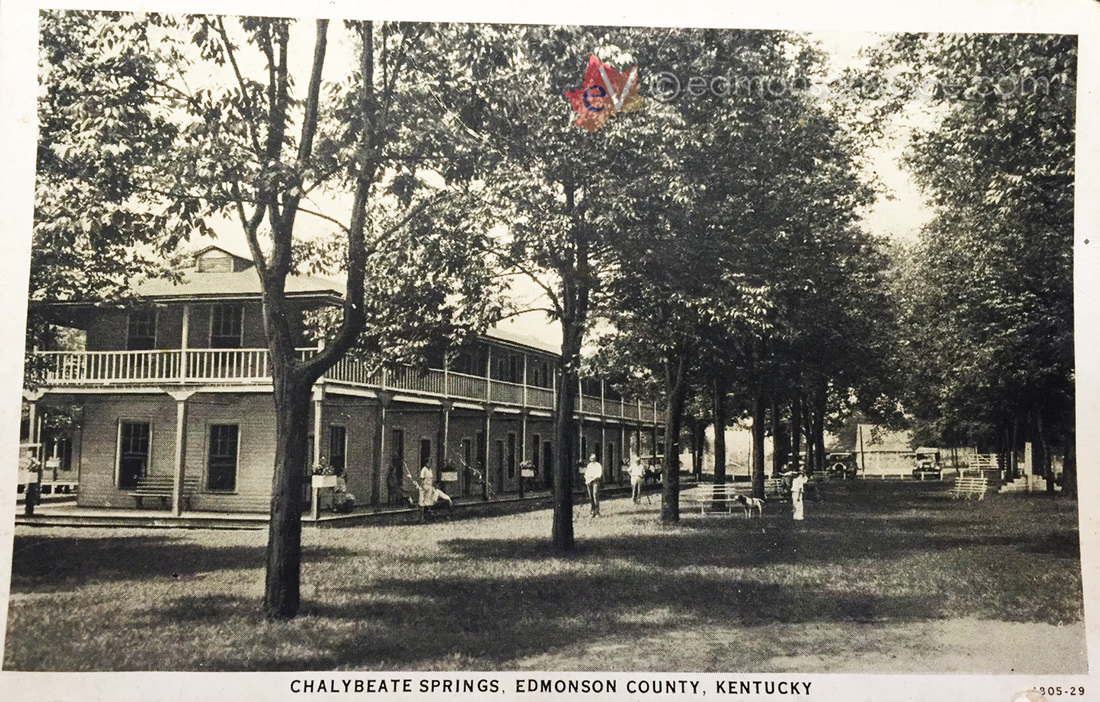 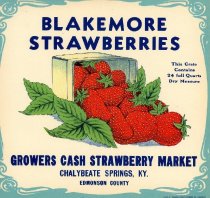 The surviving springhouse at Chalybeate Springs 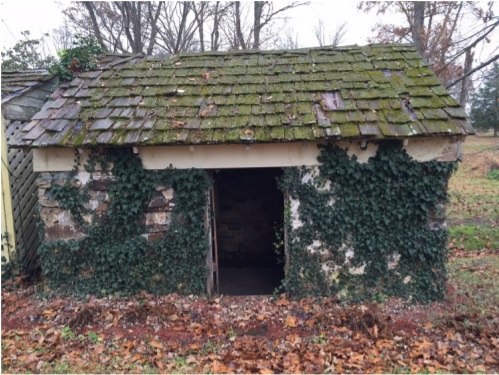 Mineral springs were at the height of their popularity in the 19th century. Chalybeate Springs was discovered by Dr. William Ford early in this period and the first hotel was likely built on the site prior to the 1830s. Early on the site was named Chalybeate Springs due to its high iron content, the term Chalybeate derives from “chalybs” which is the Latin word for steel. Visitors to Chalybeate and other mineral springs came for either the supposed restorative medicinal properties of the springs or for a simple vacation. Resorts would offer guests the opportunity to drink and bath in the spring waters and generally provided a relaxing and restful environment.

A wide variety of ailments were believed to be treatable by mineral water during the period. Anything from skin conditions, exhaustion, and even tuberculosis were supposedly alleviated by the water’s properties. This belief helped mineral spas became popular vacation destinations for both the sick and the healthy across the United States and Europe. The resorts were largely visited by the wealthy, but the middle class were also known to take trips to the springs. Even President Andrew Jackson is believed to have visited Chalybeate on several occasions after his presidency ended.

For locals, living near the Chalybeate Springs offered plenty of benefits. They were able to utilize the resort’s amenities such as horseback riding, biking, and hunting in addition to the springs themselves. Many residents also found work at the hotel. The Chalybeate Springs was also reported to have held dances and other social events open to both guests and locals. Several resort owners also allowed the mineral water to be bottled and sold at shops in town. Ownership of the property changed hands many times since the first hotel was built and the hotel appears to have been torn down and rebuilt several times throughout the resort’s history.

As mineral springs became less popular in the early 20th century, tourism to Chalybeate began to decline. When the United States entered World War II, the number of visitors to the area dropped sharply and the resort was forced to close. Today, the only surviving structures on the site are two springhouses; one of which has collapsed. The other, which is still standing, is a small stone structure. The hotel stood to the northeast of this building but is no longer visible today. A wooden structure stands next to the old springhouse, and it was built after the closure of the hotel in the 1960s.

In 2016 a roadside historical marker was placed at intersection of KY HWY 101 and KY S HWY 3611 and gives the history of Chalybeate Springs and the nearby Chameleon Springs. The Chalybeate side of the sign has the following text: “Discovered by Dr. William Ford in the early 1800s, the springs were famous for their supposed healing powers. The Chalybeate Springs Hotel provided dancing, dining, horse racing, golf, tennis, and fox hunting. Andrew Jackson is said to have visited often after his presidency. A popular resort for more than 100 years, it closed during World War II.” The site was added to the National Register of Historic Places in 2018.