The Avon Township Hall (now Paint Creek Center for the Arts) was built in 1880 to serve as Avon Township's seat of government and is one of the few such nineteenth-century public buildings still extant in Oakland County. The two-story, frame building was used as a township hall for 100 years, and was also the site of public meetings, lectures, entertainments and religious services. Originally built as a one-story structure, it was modified during the Great Depression, when the entrances were moved and a second story was raised. In 1980, Avon Township (now the City of Rochester Hills) built a new township hall on West Avon Road, and this building became the home of the Paint Creek Center for the Arts. The building was listed on the Michigan Register of Historic Sites in 1979. 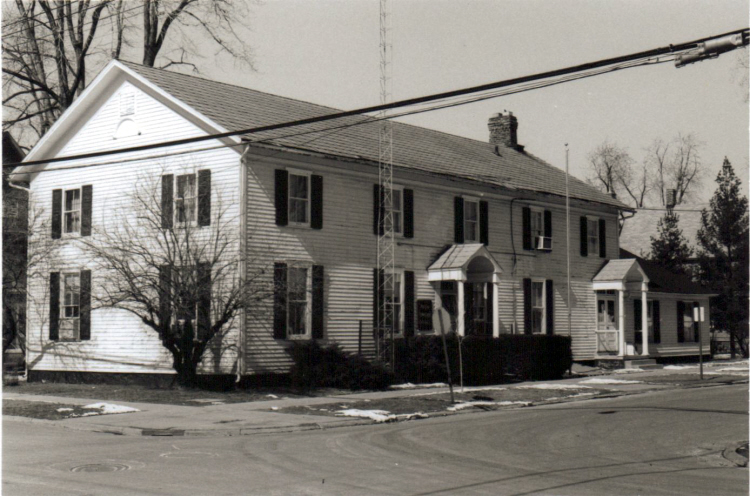 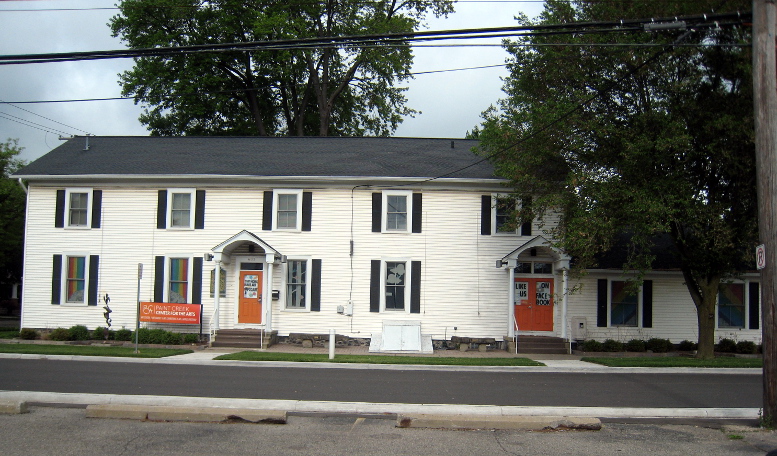 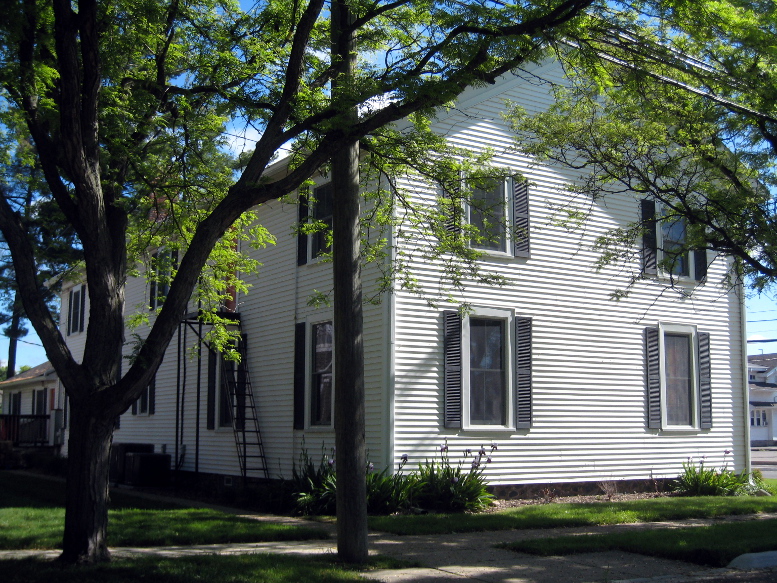 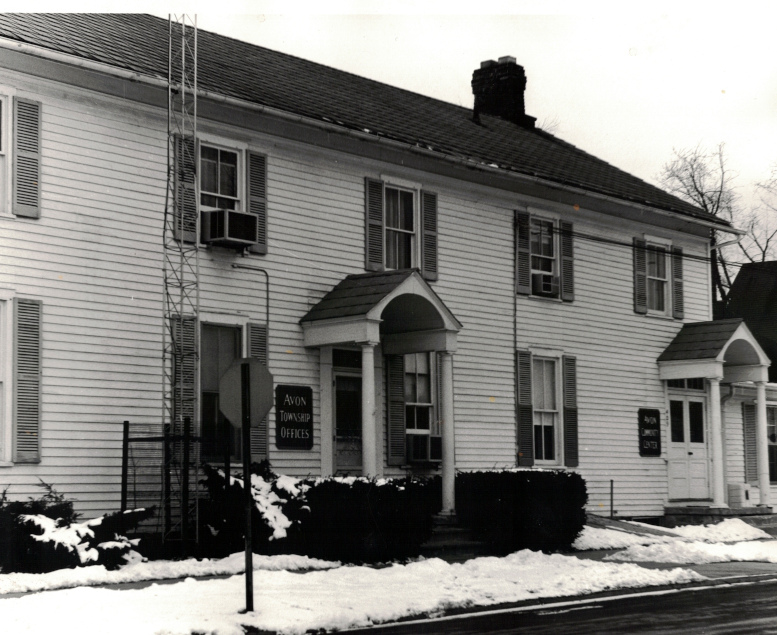 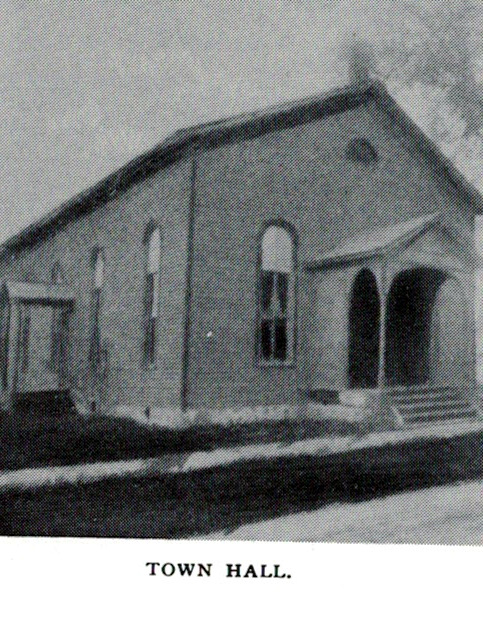 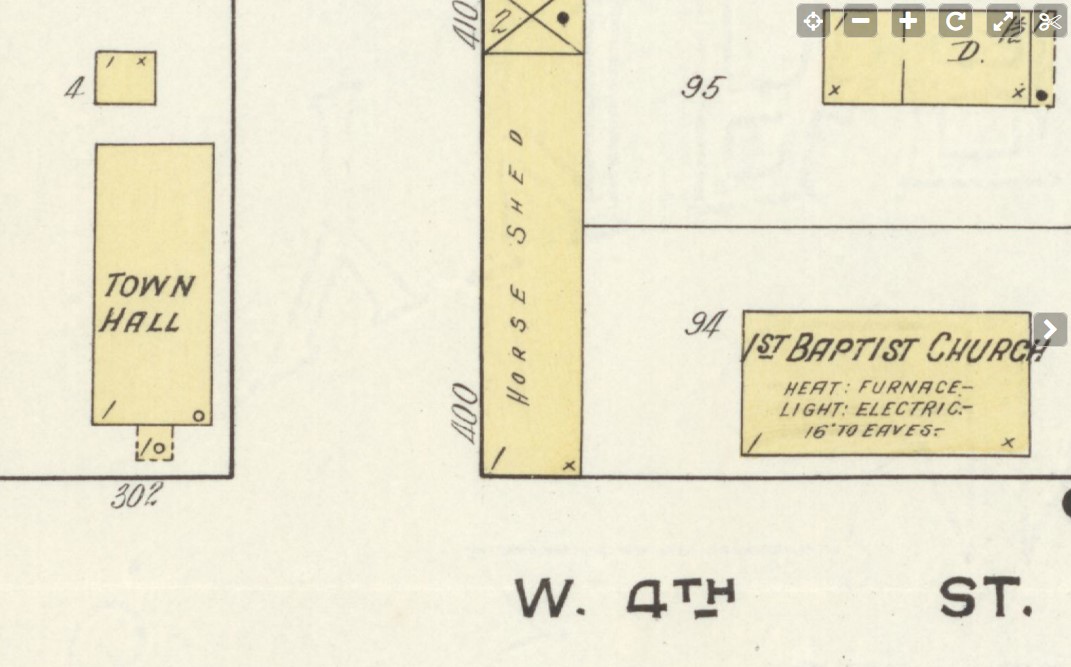 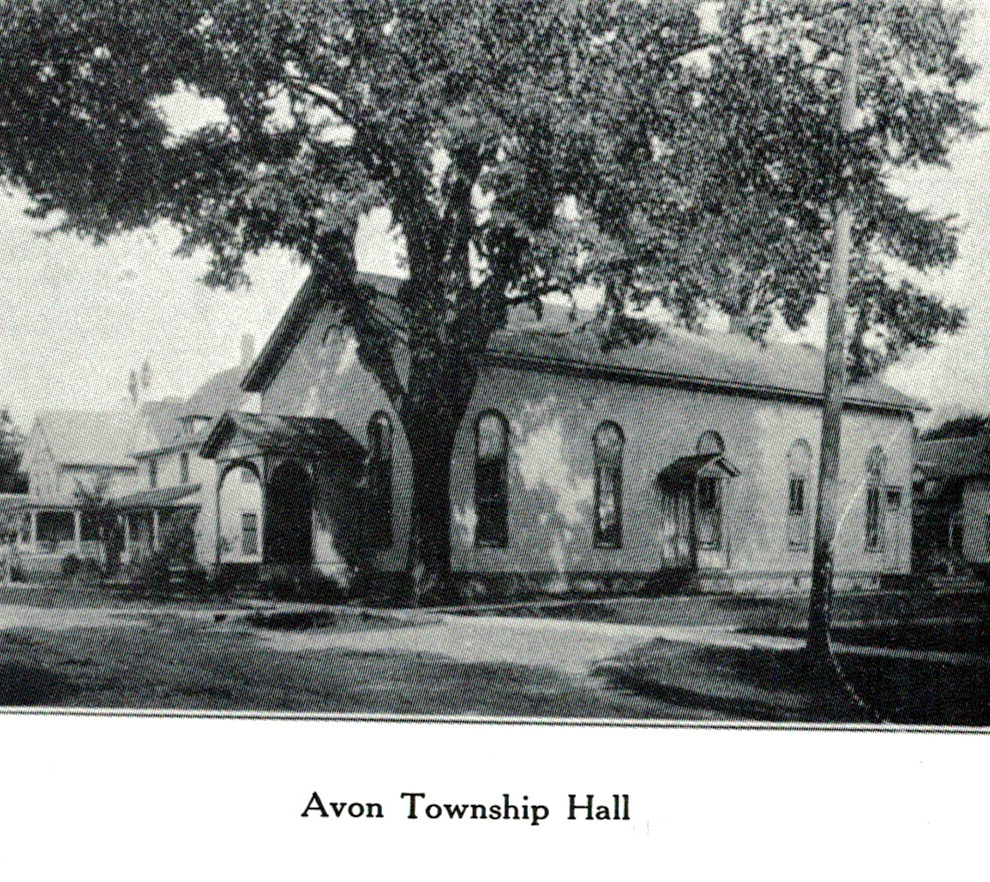 Avon Township, the site of the first settlement in Oakland County, was organized in 1835. This white clapboard building was erected in 1880 as the township hall. The Rochester Era reported on July 1, 1880: "The Town Board have bot [sic] a lot upon which to build a Town Hall on the corner of Fourth and Pine streets - a splendid location."

Local building contractor John Ross won the contract for the new hall. The Rochester Era reported as follows on July 29, 1880:

The contract for building a Town Hall on the corner of Fourth and Pine streets in this village, has been let to John Ross & Co., resident builders, for $1,500, and ground for the foundation of the same was broken yesterday (Wednesday). The structure is to be a frame one, 30x70 feet in dimensions and two stories high, with slate roof. The main hall will extend to the roof, while the offices will occupy two stories, there being two below and one above. The upper one will be used as a Justice Court-room. The whole is to be completed and ready for occupancy by the first of October next.

An update on August 12 noted: "The foundation for the Town Hall is about ready for the carpenters, who will push the work right along, as they necessarily must in order to finish up by the first of October as the contract requires." On August 26, the newspaper reported that the frame had been raised.

A few years after it was built, the township hall became a temporary school. When the old Avon District #5 schoolhouse at Fourth & Wilcox was destroyed by an arson fire in August 1888, the school board needed to make arrangements for classes to be held for the 1888-89 school year while a new building was under construction. High school classes were held in the township hall, while primary grades met in the Adventist church. The Rochester Era reported as follows on August 31, 1888: "The work of preparing the Town Hall for the use of the High School commenced last Monday. The platform was removed, seating put in, black boards made and other necessary work performed. The Adventist Church has also been secured for the primary department at a rental of $10 a month, so that the schools will duly commence on time."

The building's alterations reflect the area's industrial and commercial growth. Initially constructed as a single-story building, the hall was enlarged by raising the roof eight feet and adding a second story in 1933. The work was done by welfare labor, to provide jobs to local residents affected by the Great Depression. The Rochester Era described the project as follows on October 6, 1933:

Work on the town hall improvements are progressing finely. The building, 30x70 feet was built in the late '70s [sic], under the direction of the late Enos R. Matthews, supervisor. The land was bought for $275. there was but one building on the plot of over an acre and that was on the northeast corner occupied by the late Mrs. Laura Spencer and her son, the Doctor. It was later for a number of years the home of the late Harvey J. Taylor and family. It is now owned and occupied by Richard Dunn. It was proposed to buy the land for a park, the price being $1,250, but the proposition was killed by the town board, headed by Mr. Matthews, on account of the "exorbitant price." The building cost less than $2,000 and with the exception of a storeroom upstairs in the rear and an office in the rear was a shell for floor to the roof.

A short time after the Rochester Savings Bank closed a proposition was made to the township board to take over the building, which was admirably adapted for business and welfare work, and it was offered them at a nominal rent. In view of the fact that the old town hall was "passe," the proposition was accepted, and for the past two years has been occupied by the township. It developing that the new bank would need other quarters, it was decided to make drastic changes to the old town hall and occupy it. Accordingly, the efficient town board, consisting of Supervisor Gibbs, Clerk Mrs. Frances O. Covert and Justice L. L. Whims, C. W. Terry got busy and plans were formulated to make the building thoroughly up to the minute and work is progressing amazingly. The front room is being divided and there will be offices on the ground floor with a hall overhead. Steam heat will be installed, and a complete set of bank vaults. The work is expected to be completed by November 1. The crowning feature of the work is the smoke stack for the boiler in the rear of the building, built by Howard Cowell, and expert mason and brick layer. The stack is 40 feet high and six ft. at base and tapering to three feet. He is a "chip off the old block." His father, Frank Cowell, who twenty or more years ago was the leading mason of Rochester, succeeding his father, the late Dan Cowell. Frank has been living in Muskegon for many years, while Howard occupies the old Henry Wilson property in District No. 10, Avon.

On November 17, the Era reported that the remodeling was nearly complete and that the building would be occupied on November 23. The article said, in part:

At the north entrance a large staircase is built, leading to a large community room, 30x60 feet which can be used for any community purpose. This affords the largest and most convenient hall Rochester has had for many years. It is well lighted, finished in ivory tints, and has a fine dancing floor, with kitchenette and a cloakroom at the rear. Voting booths will be installed in the basement with separate entrance, and to the south of it, there is a spacious room for the storing of vegetables from the welfare gardens. Already 2,000 bushels of potatoes are stored there. The exterior of the building is greatly improved with paint. The main entrance has been changed from Fourth street to Pine street and an artistic stone chimney 40 feet high and 6 feet square adds much to the general appearance of the hall. With the exception of the supervising, all work on the building has been done by welfare labor. Supervisor O. P. Gibbs is planning to have the township offices moved from the stone house on Main street Nov. 23.

In 1962 a north wing was also constructed. Avon Township Hall is one of the few public structures built prior to 1900 that still stands in Oakland County. The building was used as the Avon Township Hall until 1980. In 1982, the Paint Creek Center for the Arts was established there.

The building was listed on the Michigan Register of Historic Places on March 28, 1979, and received a Michigan Historical Marker in 1980.

Louisiana Swift to Enos R. Matthews, Supervisor of the Township of Avon and his successors in office, 30 June 1880, a parcel on the southeast corner of outlot no.4 of the Original Plat of the Village of Rochester, Oakland County Record of Deeds, liber 114, p.646.