The Middlesboro Jewish Cemetery had its first burial in 1904 when local Benjamin Horr donated the land after his granddaughter’s death. The cemetery was a necessity for Middlesboro’s growing Jewish population as Jewish tradition does not allow for burials within a non-Jewish cemetery. Middlesboro itself was founded only 14 years earlier in 1890 and was home to a small Jewish community by the end of the town’s first year. The town was a non-company coal boomtown and much of the Jewish community provided essential services to the miners by running businesses like shops, hotels, and restaurants. Though the Jewish population in Middlesboro began to decline and almost disappear from 1920 to 1960, the cemetery is still active today. The Middlesboro Jewish Cemetery was added to the National Register of Historic Places in 2017. 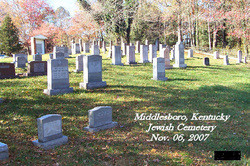 Memorial stone at the cemetery 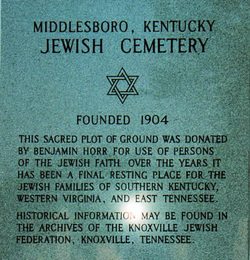 The Masonic Temple where the Jewish congregation met from 1905-1930. 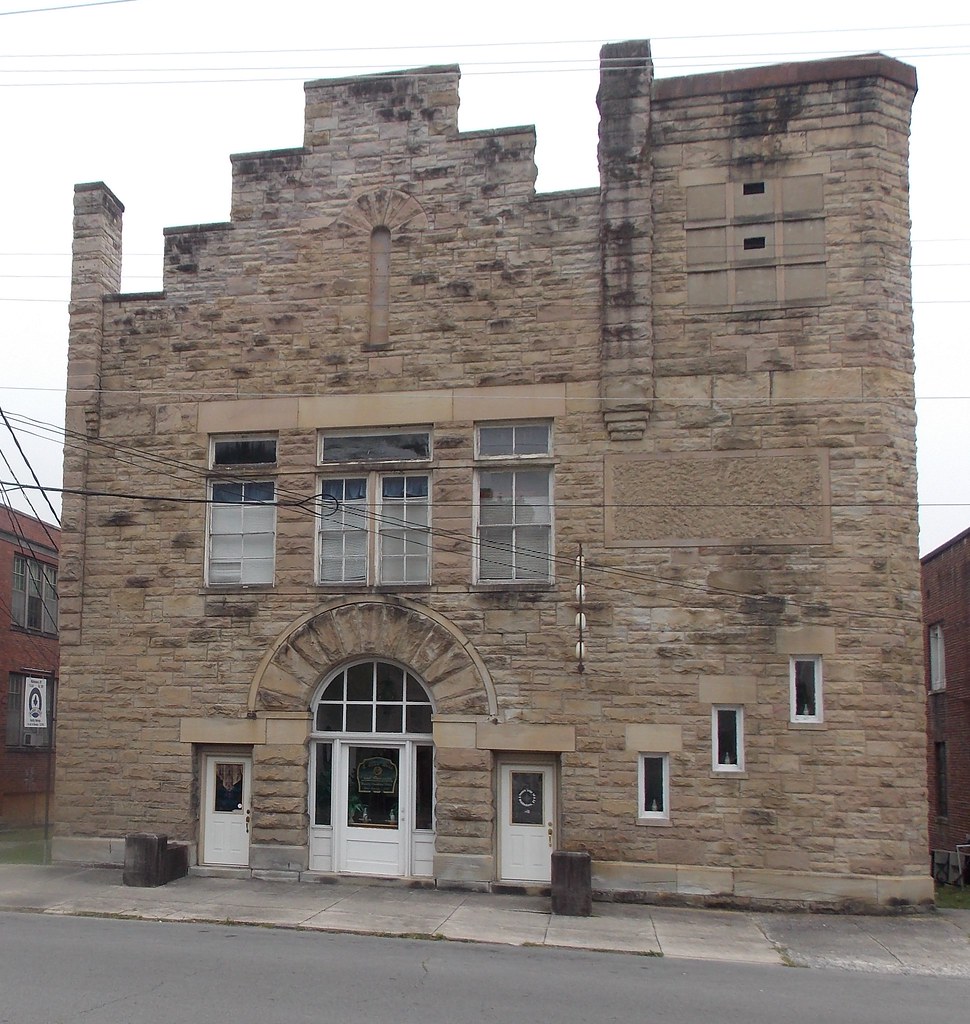 In 1904, the Middlesboro Jewish Cemetery was begun after the death of Benjamin Horr’s niece. Horr donated the land so that his granddaughter and other members of the Jewish community would be able to be buried separate from non-Jewish people in keeping with their traditions. The town of Middlesboro was founded not long before in 1890 and within a few years of a bustling coal boomtown. Middlesboro was a non-company town, so there was no company store and many Jewish immigrants began offering essential services like stores, hotels, and restaurants.

The Jewish population in Middlesboro grew with the town and reached its height in 1910. This growing Jewish population in Middlesboro was reflective of a larger trend. From the 1880s to 1920s, eastern European Jews immigrated to the United States in increasing numbers. Historians estimate that over 2.5 million Jewish people came to the United States during this time. Many of these immigrants began businesses in Appalachian coal towns like Middlesboro. Non-company towns like this one were certainly more popular destinations for immigrant business owners, but many even began competing stores in company towns where they would except cash and company script.

One notable Jewish merchant family in Middlesboro were the Weinstein brothers, Sam and Herman, who opened a store in the town from 1893. The brothers became influential members of the Jewish community in Middlesboro and helped to build an Orthodox congregation. The congregation was begun in 1905 and held services until 1930. During this time the group met in the town’s Masonic temple and services were often led by Sam Weinstein. As the Jewish population began to decline, the congregation was dissolved and the remaining members began travelling to Harlan, KY for their services. The B’nai

Shalom in Harlan also met in a Masonic temple, but their congregation was the largest in the region.

The Middlesboro Jewish Cemetery is one of the last clear markers of the town’s fading Jewish community. The gravestones and separate location help to illustrate the community’s religious and cultural beliefs about burials. Visitors have left small stones resting on gravestones, a Jewish tradition that has been carried on since the cemetery’s first burial. Throughout the cemetery, stones bearing the Star of David and Hebrew inscriptions are visible. Even today, though markedly less so, the cemetery is still active. The site was added to the National Register of Historic Places in 2017 for its representation of the Jewish community in Middlesboro.

From Haven to Home: 350 Years of Jewish Life in America, Library of Congress. Accessed May 27th 2020. https://www.loc.gov/exhibits/haventohome/haven-century.html.