The former Scandinavian Methodist Church is historically significant for its association with the Scandinavian immigrant community, which was instrumental in developing Kalispell and the Flathead Valley in the early 20th century. Built in 1896, it is also one of the first churches built in the city (the congregation itself was founded in early 1895). Several of its original members were tradesmen, carpenters, farmers, and lumberjacks. In fact, a number of them helped build the church. Added to the National Register of Historic Places in 1994, the old church has operated as a thrift store since 1957.

A thrift store for several decades, the Scandinavian Methodist Church is one of the oldest churches in Kalispell. 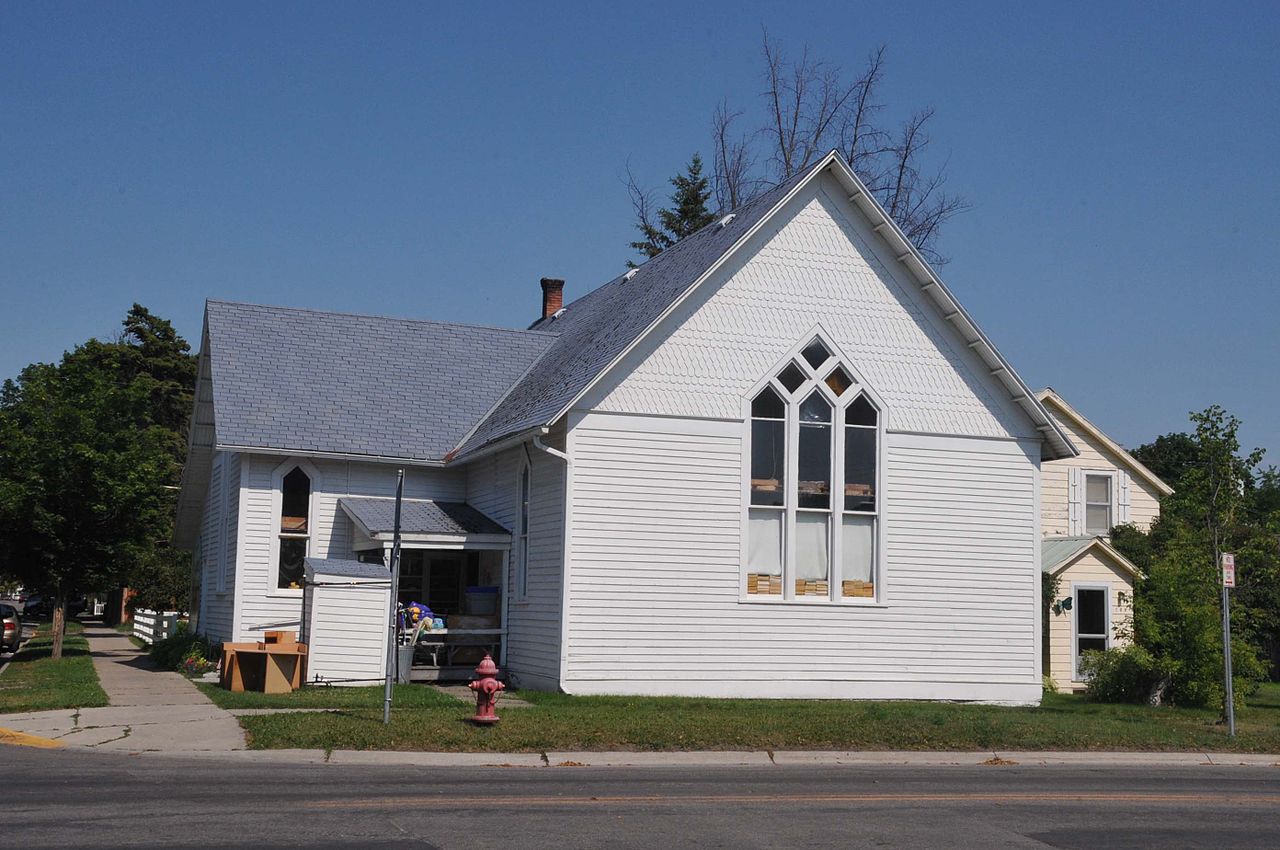 The church was established by an organization called the Norwegian-Danish Conference, which also founded churches in Butte, Great Falls, and Helena. The church served local Finnish, Swedish, Norwegian, and Danish settlers. It was known as a "language church" (services were conducted in Norwegian) and its members maintained Scandinavian customs and gathered here for many social events on their "Folkekalendar" as well. Beginning in 1939, services were conducted only in English and its name was changed to the Westside Methodist Church. Over time many traditions were forgotten. The Salvation Army bought the church in 1957 and opened a thrift shop. The current store, Kalispell Community Thrift, opened in 1989.