Monticello Vineyards was founded by Jay Corley upon his arrival in Napa Valley in 1969. Corley purchased approximately 80 acres of land in the southern part of Napa Valley, currently known as the Oak Knoll district. Today, the vineyards and winery are owned and operated by his three sons. The property features a tasting room in the estate house which was built to resemble Thomas Jefferson's Monticello estate house in Virginia. 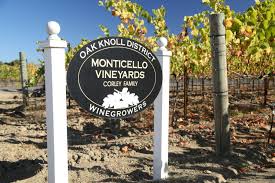 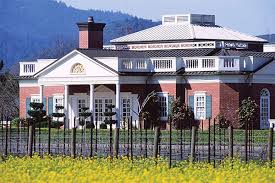 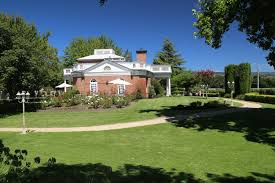 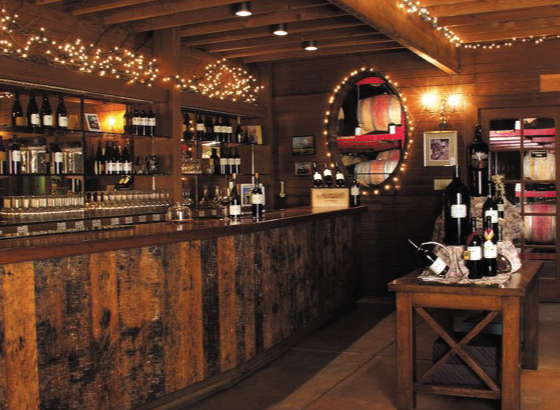 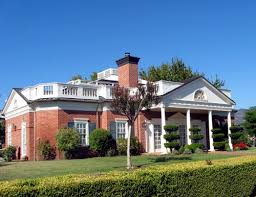 Originally from Virginia, Jay Corley began his career as a linguist for the U.S. government and as a private investor in Southern California. He also worked as a businessman selling grapes to other wineries. However, while completing his Masters degree in Business Administration from Pepperdine University in Malibu, California, Corley wrote a business plan and academic thesis on opening and running a winery in Napa Valley. The dream officially became a reality in 1969, when Corley arrived in Napa Valley and purchased 80 acres of land on which to start his vineyard and winery.

At the time that Corley purchased the land, it was covered with old-growth walnut trees. Corley worked to plant the original vines himself. His first vintage officially launched in 1980. The estate house on the property was built to resemble the historic Monticello estate house built by President Thomas Jefferson in Monticello, Virginia. The Corley family's estate house was constructed at one-third scale. The Corleys were inspired to build the historic replica on the property of their own vineyard because Jefferson was a wine collector and connoisseur of wines. He imported hundreds of different wines from Europe, and his Monticello estate house contained a world-class wine cellar. During his lifetime, Jefferson also advised several other U.S. presidents on official White House wine selections.

A replica of Jefferson's Monticello estate house provided an ideal focal point and theme for the Corley family's Monticello Vineyards in Napa Valley. Today, when visitors arrive at Monticello Vineyards in Napa, they often inquire as to why the estate house is on the wrong coast. However, the connection soon becomes clear. Founder Jay Corley originally hailed from Virginia, and when he moved to the West Coast he retained a strong connection with his home state on the East Coast. In addition, Corley spent his early career as a government linguist.

"About Us", Monticello Vineyards. Accessed May 24th 2020. https://www.corleyfamilynapavalley.com/ABOUT-US.