This is a contributing entry for Wisconsin State Capitol and only appears as part of that tour.Learn More.

“Beaked” carte-de-visite portrait of Old Abe the War Eagle. In the image, Old Abe is perched on a shield, looking to the right. There is a v-shaped puncture on the left side of the photograph, made by Old Abe biting the image, making it an “autographed” portrait. 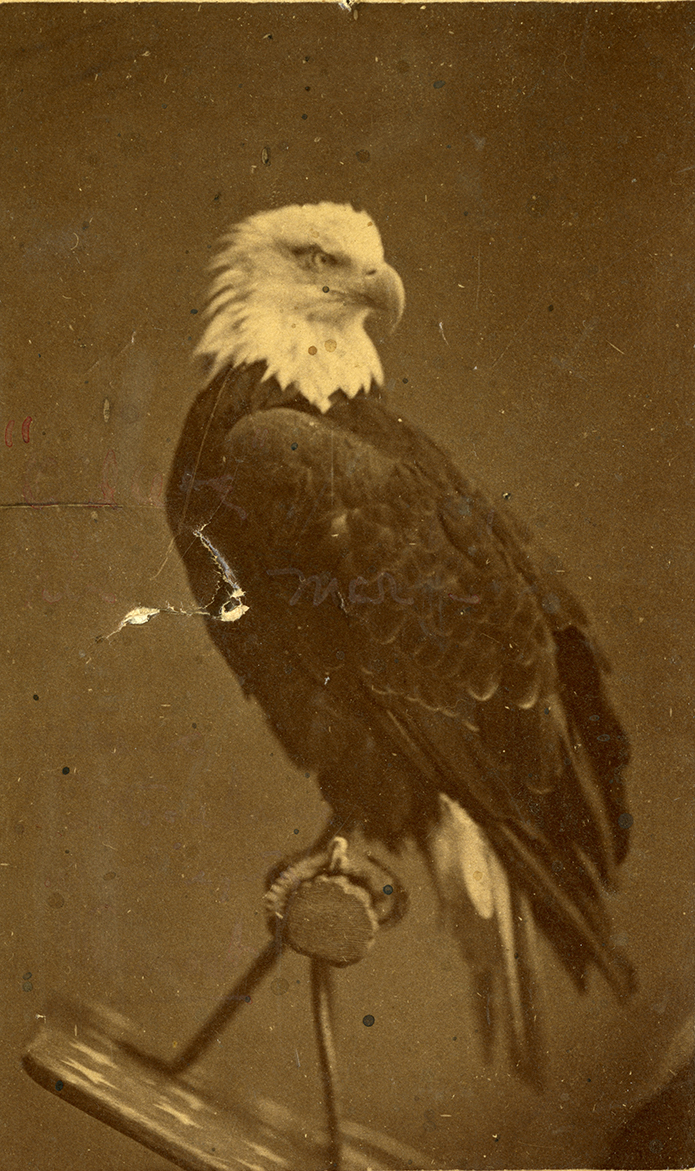 Carte-de-visite full-length portrait photograph of Old Abe the War Eagle, and handler, John F. Hill, made for the centennial in 1876. Old Abe served as the mascot for the 8th Wisconsin Infantry Regiment during the Civil War. 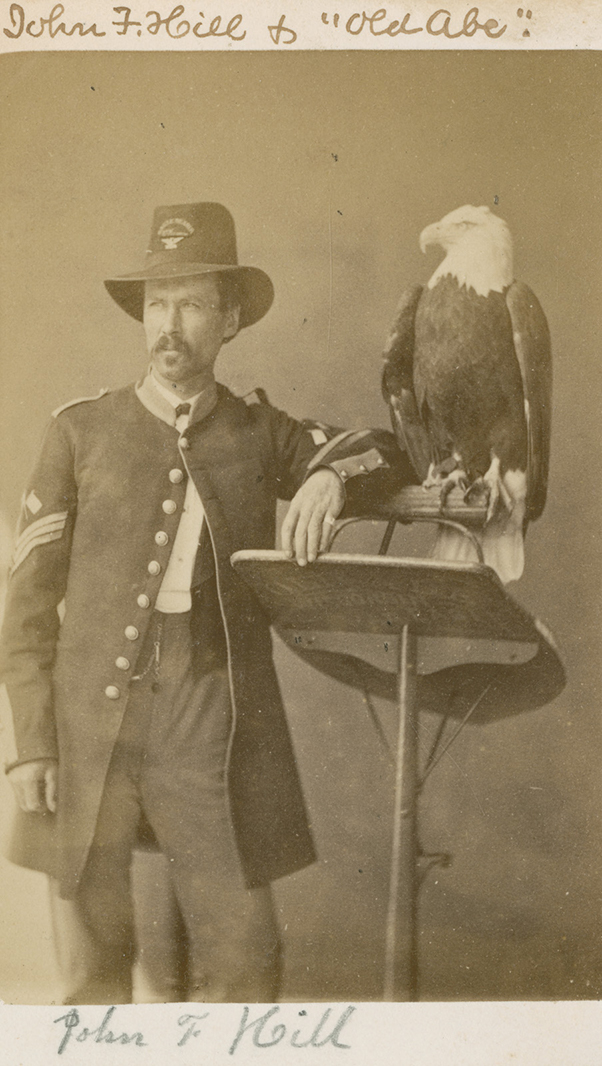 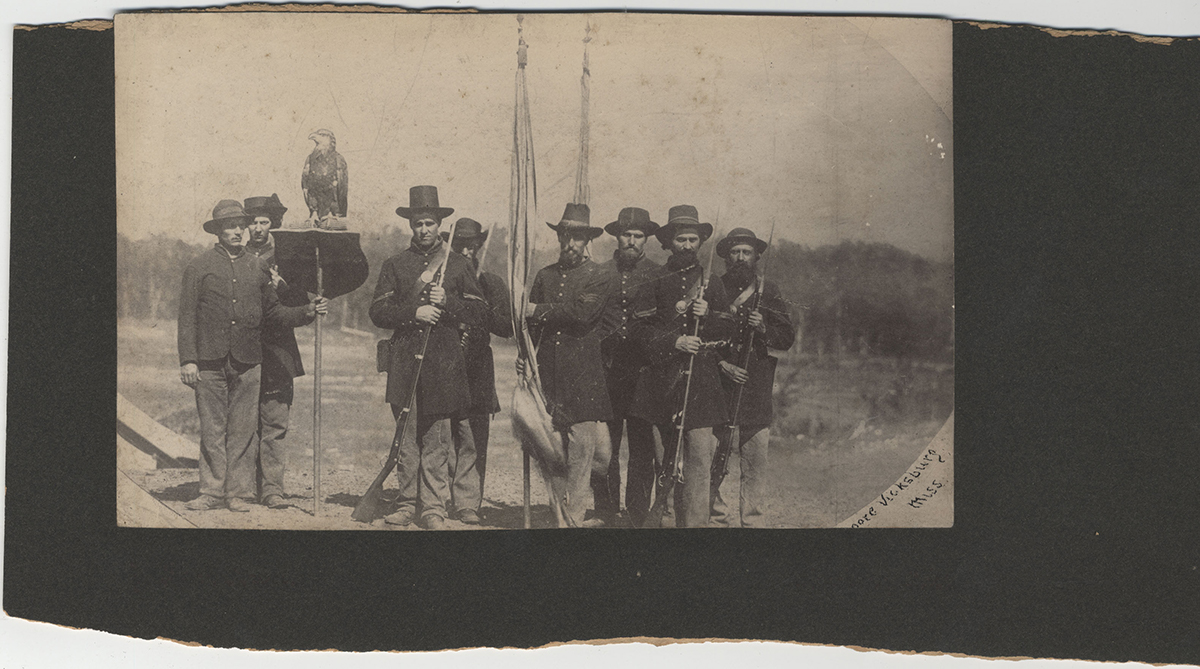 “’Old Abe’ the Live Wisconsin War Eagle, Agricultural Hall (International Exposition), Philadelphia, 1876.” Writing over the printed text notes the cut in the image made by Old Abe’s bill, a mark made in lieu of an autograph. 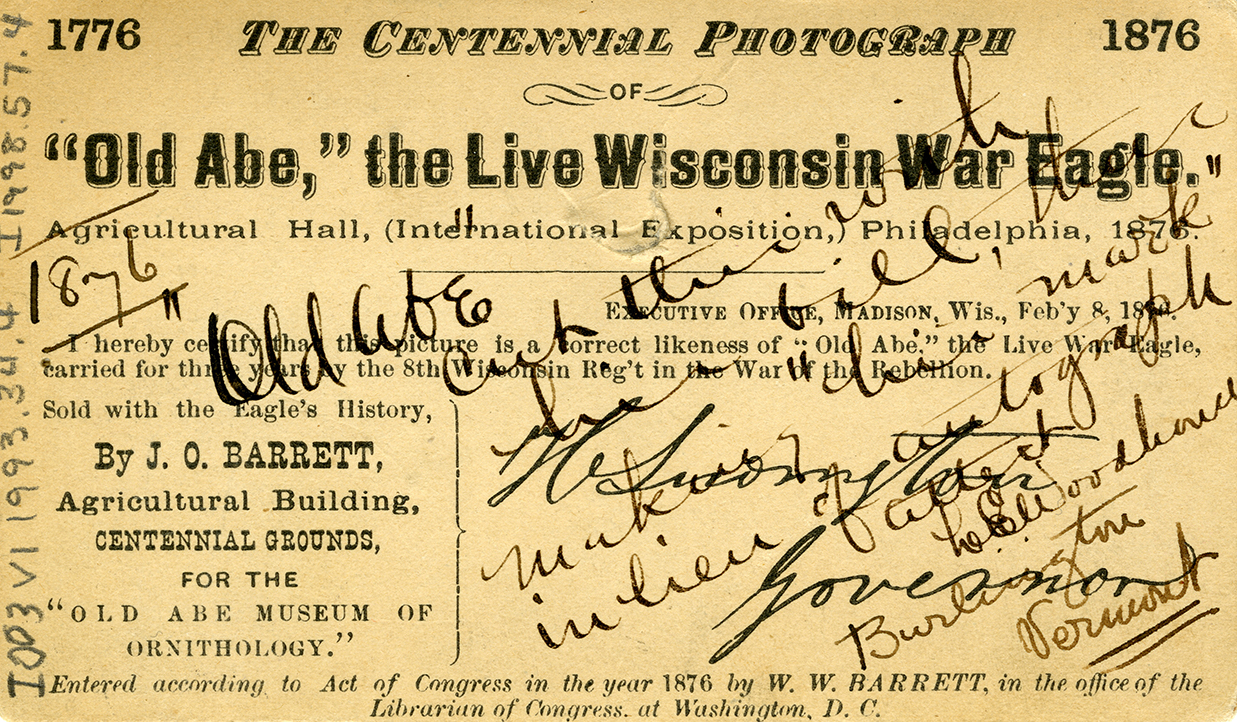 Postcard photograph of Old Abe the War Eagle seated on a cannon. 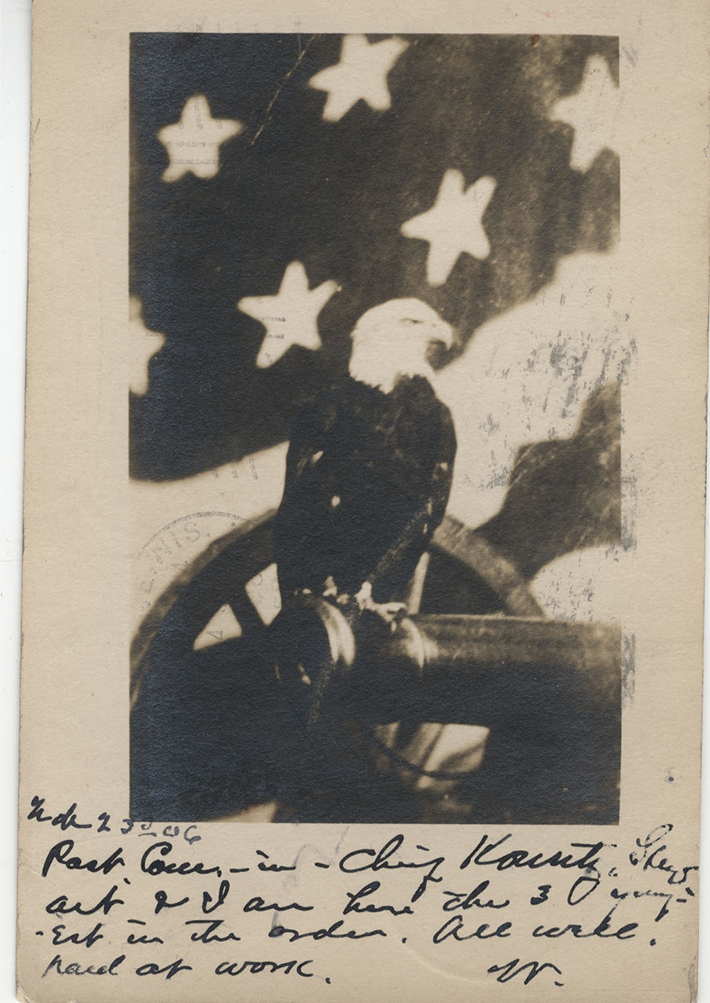 In 1866, Old Abe got a roommate when a golden eagle named Andy Johnson joined him in the Capitol. Andy Johnson had served about seven months with the 49th Wisconsin Infantry Regiment, but was not tame like Old Abe. The two fought on numerous occasions, and eventually in 1873 Old Abe mortally wounded Andy.

In February 1881, a small fire broke out in the Capitol basement where Old Abe lived in February 1881 and he died one month later of smoke inhalation. Governor William E. Smith decided to preserve Old Abe’s remains for future generations. The remains were placed in the Capitol rotunda in September 1881. While some visitors commented that the rendering lacked a life-like appearance, President Theodore Roosevelt was thrilled to see the eagle he had read about as a child when he visited the Capitol in 1903.

Tragically, Old Abe’s remains were destroyed in 1904 by a fire that also razed almost the entire Capitol building. The current Capitol building, built between 1906 and 1917, never housed Old Abe or his remains, but it sits on the exact spot where the bald eagle once resided. Across Mifflin Street, the Wisconsin Veterans Museum preserves the story of Old Abe in their exhibits, with photographs of the eagle, and with his feathers that survived the fires.

Source: Zeitlin, Richard. Old Abe the war eagle: a true story of the Civil War and