The Shrine Church of St. Stainslaus

Constructed in 1891, Cleveland's Shrine Church of St. Stainslaus is an important landmark reflecting the city's Polish history and culture. The church edifice was built at the end of the 19th century and reflects a growing Polish population. Today, the church still hosts an active congregation, as well as a variety of educational and cultural programs.

Shrine Church of St. Stanislaus as it appeared prior to 1909. 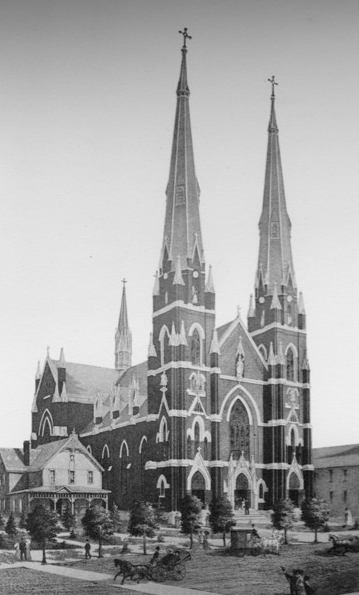 A closeup photo of the church today 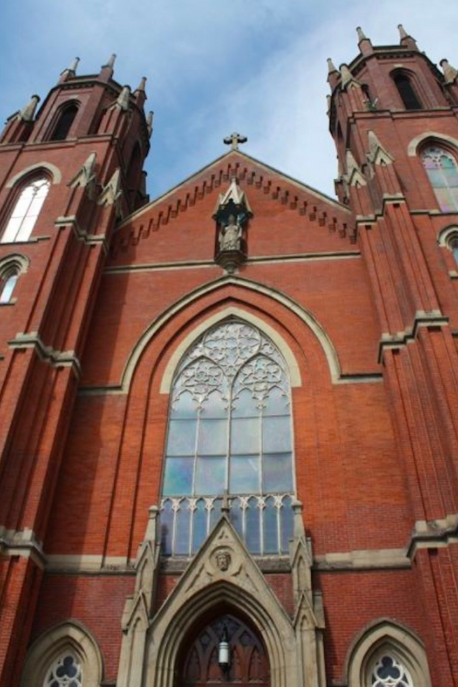 Beginning in the 1870s, there was an increase in the Polish community in Cleveland as immigrants arrived to work at the Newburg Rolling Mill. The congregation of the original Congregation of St. Stanislaus grew rapidly during these years. After inhabiting several smaller buildings, the congregation erected the present structure in 1891. Those with interest in the history of Polish churches in the Cleveland area might also look at the Immaculate Heart of Mary Church, which was started by Father Anton Francis Kolaszewski. He also had the Shrine Church of St. Stanislaus built but was later excommunicated by the Catholic Church.

This church's original spires were larger than those which currently exist but, along with much of the church's exterior, the spires were destroyed in 1909 by a tornado. The damage to the church was quickly fixed but, due to city ordinances, the spires were not allowed to be as tall as they once had been.

Inside, the church has forty rows of pews and a wooden pulpit. The church has a parish school, and its high school combined with three others to form Cleveland Central Catholic in 1969. Also in 1969, Pope John Paul II (who at the time was Cardinal Karol Wojtyla) paid a visit to the church and presented them with a relic of St. Stanislaus. In 2005, the church was presented with another relic, a Mitre that had belonged to Pope John Paul II.

The Shrine Church of St. Stanislaus is still very active today; it is host to cultural activities that range from a Polish language school to an annual Polish festival.