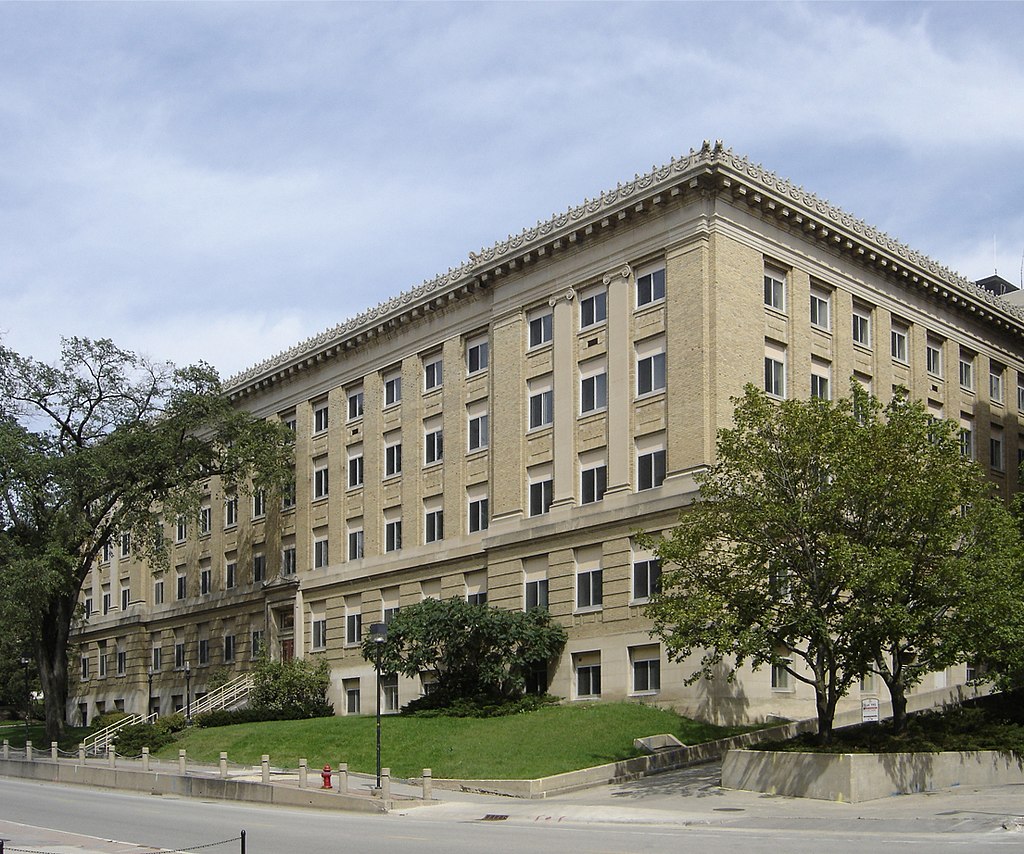 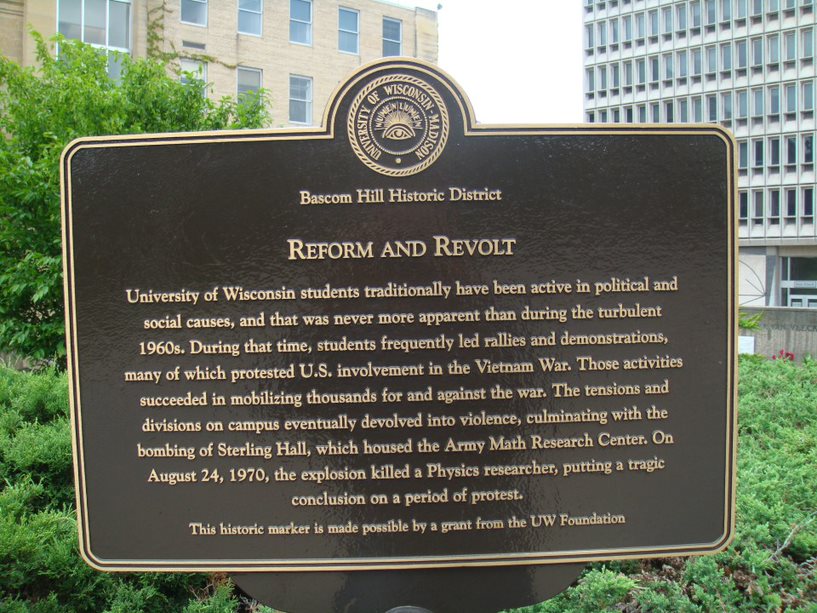 Newspaper clipping printed 10 years after the bombing at Sterling Hall. The image features the wreckage at Sterling Hall, showing two men standing amongst debris, and a car in the front of the image, also filled with debris. 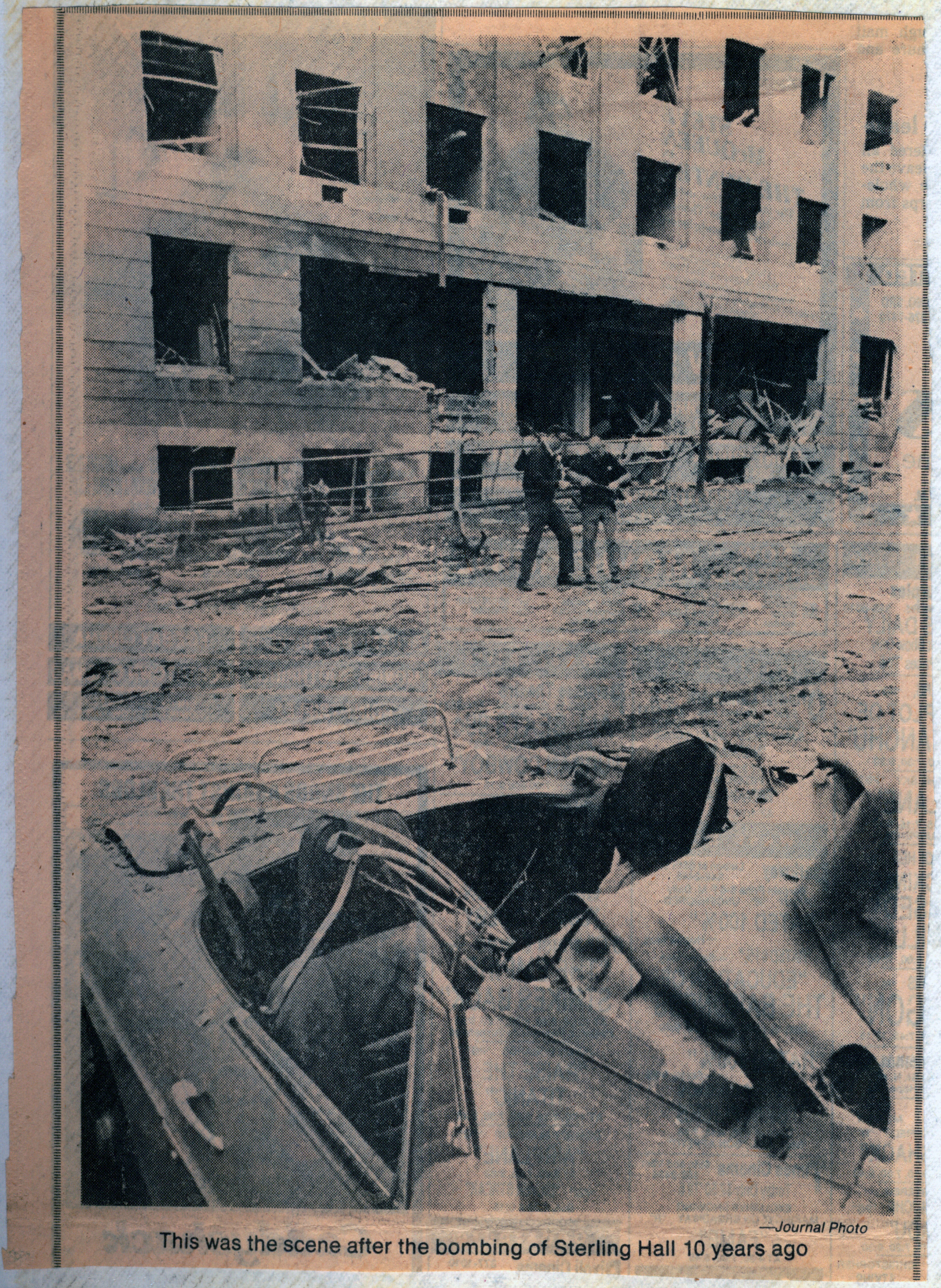 Sterling Hall housed the university physics department, as well as the United States Army Mathematics Research Center (AMRC). The AMRC, which performed research for the United States Department of Defense, had previously been the target of demonstrations. Robert Fassnacht, a postdoctoral researcher, was killed in the early morning blast. His research had no connection to the AMRC. Four others — three in Sterling Hall and one across the street at University Hospital — were injured.

The University of Wisconsin campus, site of the Dow Chemical protests in 1967, had an active anti-war culture during the Vietnam War. Students and residents regularly gathered for protests and demonstrations against the involvement of the U.S. military in Vietnam. Three of the four bombers — David Fine and brothers Karl and Dwight Armstrong — eventually served prison time. The fourth, Leo Burt, remains at large. Burt and Fine were UW–Madison students at the time.

"When bomb tore through Sterling Hall 50 years ago, he was inside: ‘I still have flashbacks.’" February 9, 2021 https://news.wisc.edu/when-bomb-tore-through-sterling-hall-he-was-inside-i-still-have-flashbacks/