The Isaac Shelby Cemetery State Historic Site is located on Traveller’s Rest, the site of former Kentucky Governor’s farm and home. The park itself is made up of the Shelby family cemetery where Isaac Shelby himself was buried in 1826 and is the smallest state-run park in Kentucky. Shelby served as both Kentucky’s first and fifth governor. Shelby had a home built on the property in 1786, though most of the building was destroyed in a 1906 fire. A small brick kitchen remains and is visible at a distance from the park, though it stands on private property and is not open to visitors. 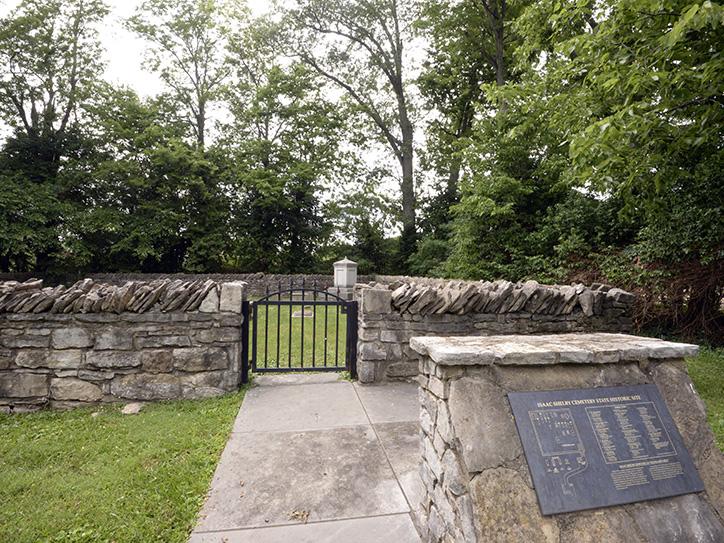 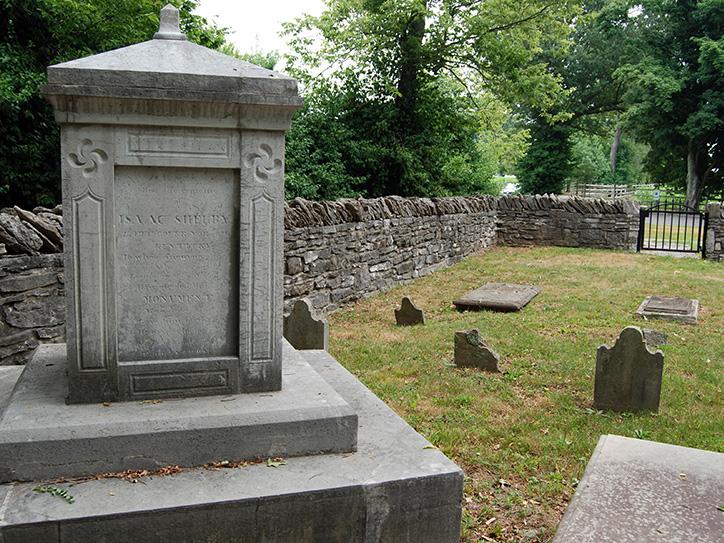 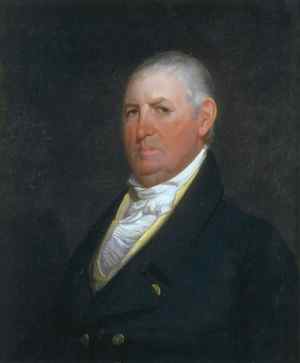 Shelby's Home before the 1906 fire 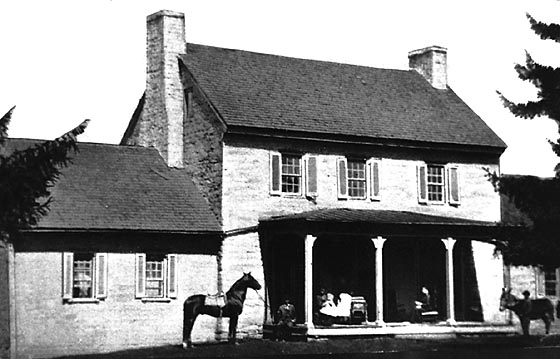 The Isaac Shelby Cemetery State Historic Site is the resting place of Kentucky Governor Isaac Shelby who served as the Commonwealth’s first and fifth governor. Alongside Shelby’s grave are the graves of his wives and other relatives. Shelby first came to Kentucky after receiving a 1,400-acre land grant in 1780. Working as a surveyor, Shelby had found the land in 1775 and cleared much of the grounds and planted several crops improve his claim. This farm would become known as Traveller’s Rest. Shelby built a home on the site in 1786 and the historic Shelby family cemetery was established on the land.

Kentucky’s first constitution was drawn up by a convention in early 1792 with Isaac Shelby in attendance. Shelby was then elected to his first term in office in December of that year and served part of his term as governor in a log cabin based in Lexington. His reputation as a war hero after serving as a general in the Battle of King’s Mounting in the Revolutionary War made him the unanimous choice for office. After being elected, Shelby supported efforts to forcibly remove remaining Native American populations and protect Kentucky citizens from attacks by building up a militia. During Shelby’s first term he also helped to select the state capital at Frankfurt and appointed James Knox and Joseph Crockett to widen the Wilderness Road through the Cumberland Gap.

Shelby would go on to serve a second term as governor in 1812. During which time Shelby led 4,000 Kentucky volunteers alongside General Harrison in the War of 1812. Shelby and his men fought at the Battle of Thames, a major British defeat.

After Shelby’s death in 1826, his youngest son Alfred Shelby inherited the property and eventually passed it to his wife, Virginia Shelby, after his own death. The home and property remained in the family for over one hundred and forty years. In 1951, the state took over care and preservation of the cemetery and designated it as a state shrine which would evolve to become the state historic site we see today.