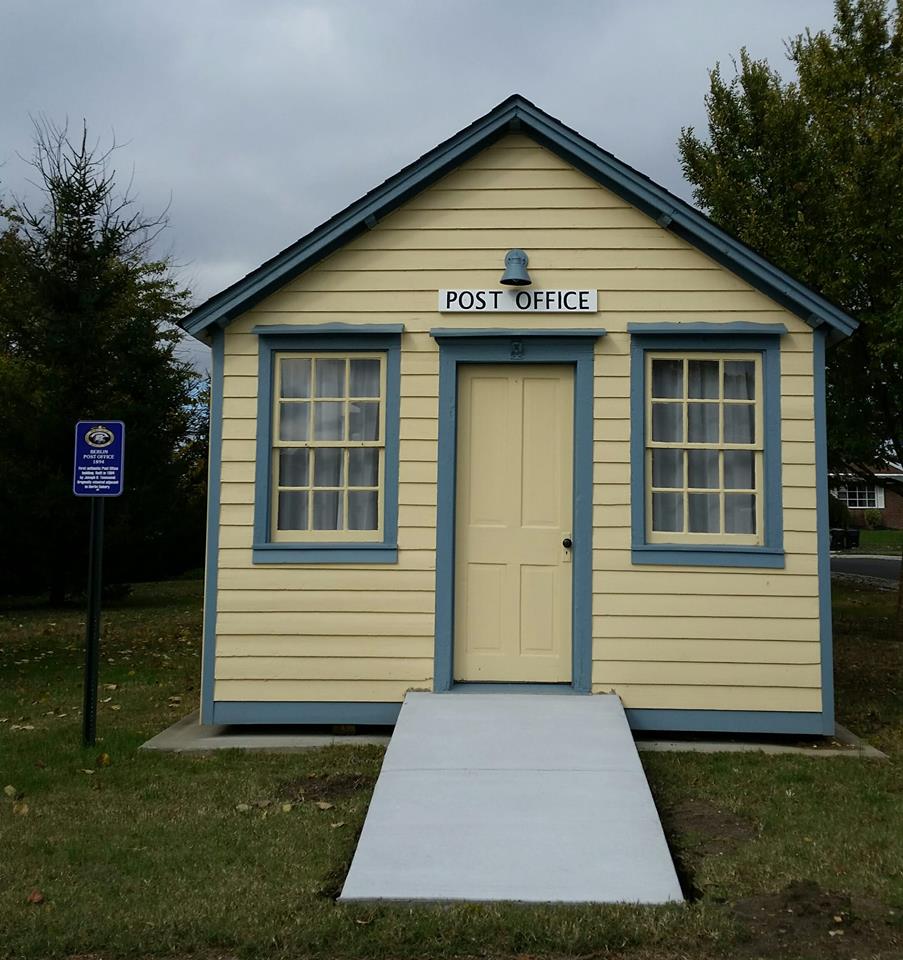 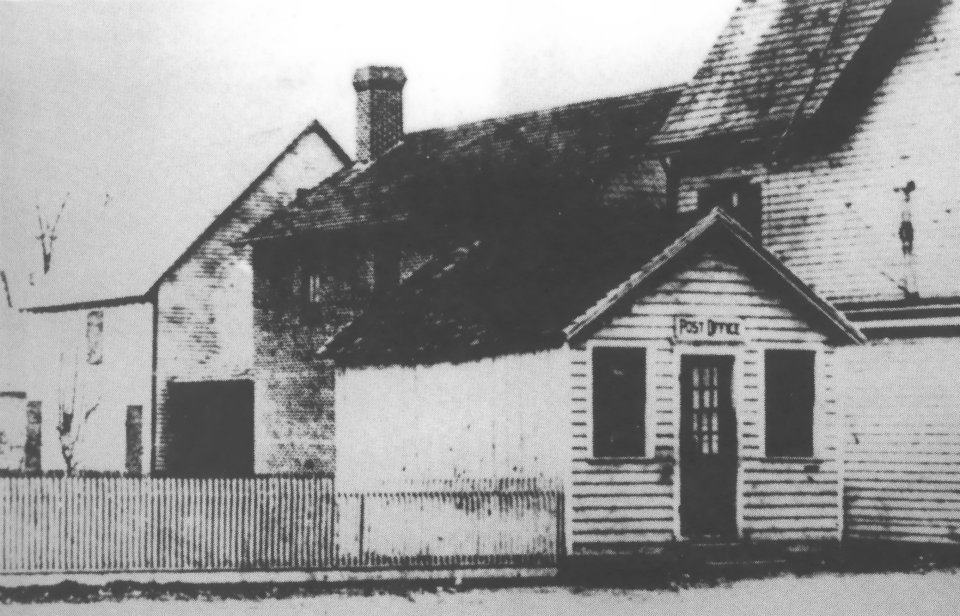 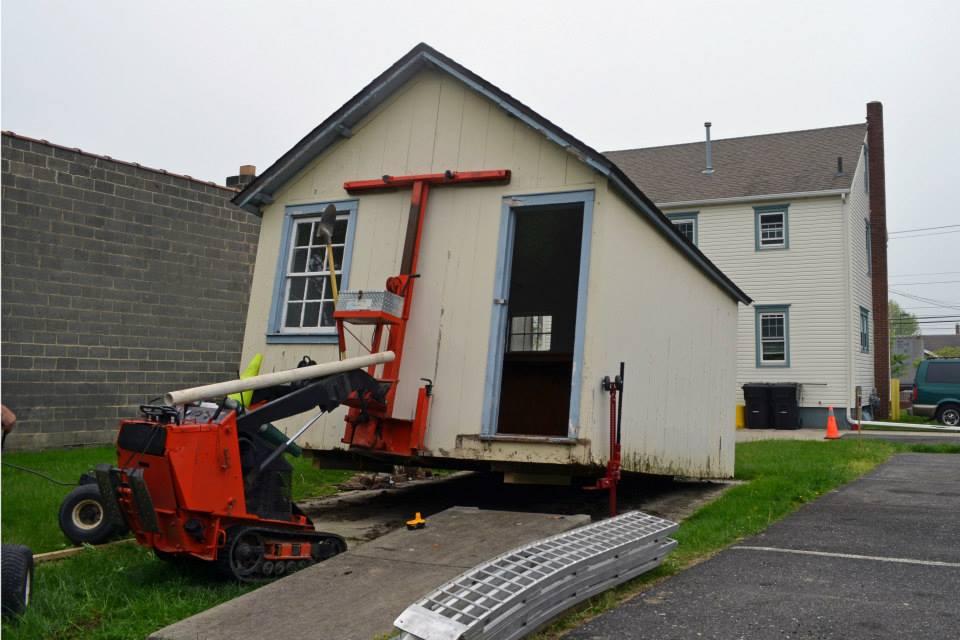 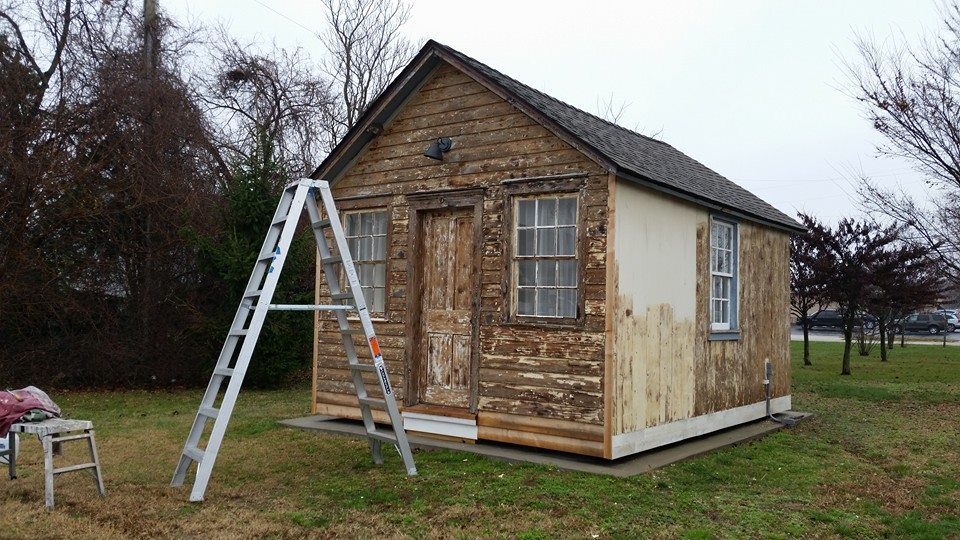 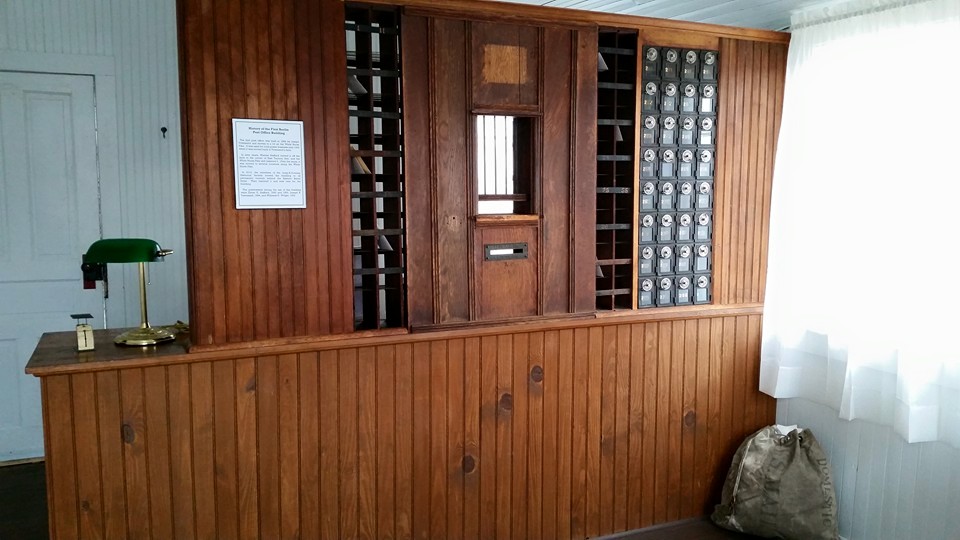 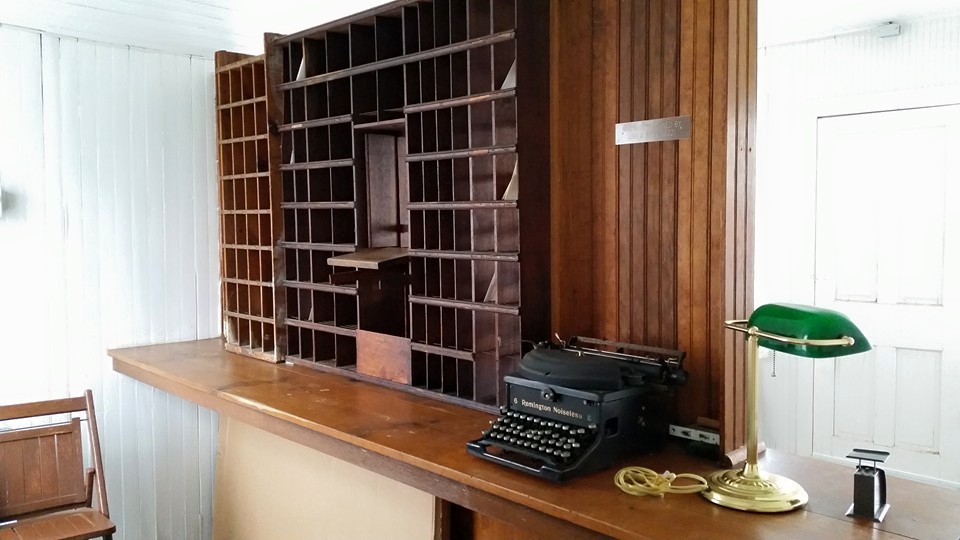 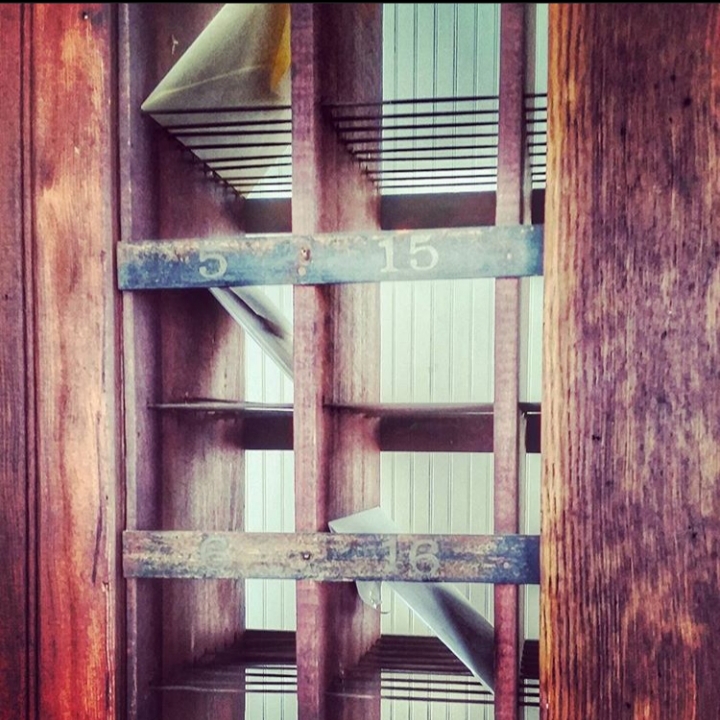 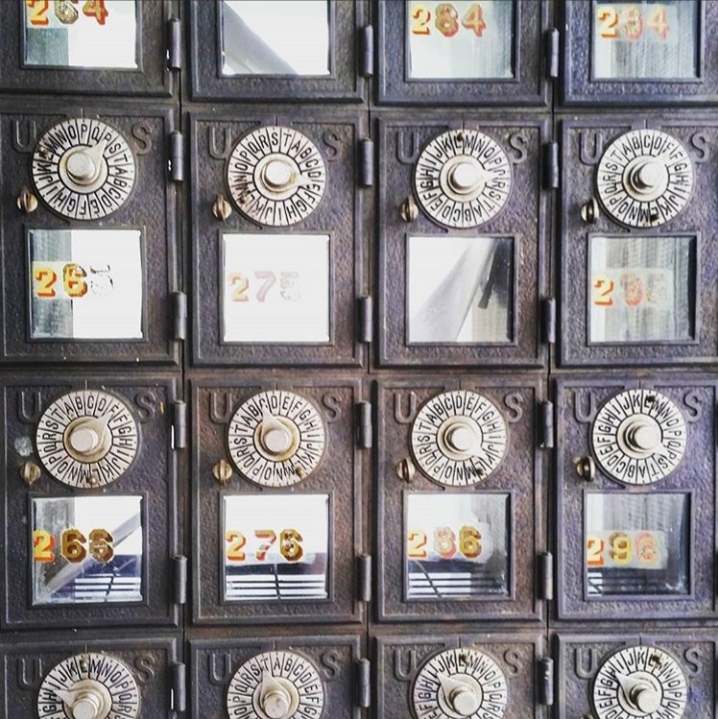 Built by Joseph Townsend in 1894, Berlin’s first free standing post office stood next to the Berlin Hotel on the Route 30 at East Taunton Ave. The postmasters during it’s use were Joseph Townsend, 1894, Elmer Stafford, 1899, and William G. Wright, 1902. It was used for local postal business until 1909.

Joseph Townsend wanted the building back when a larger post office was opened. He was told no, so one day he enlisted the help of some men, tied a rope around the building, and pulled it into the road. They loaded it in a wagon and Joseph took it back to his farm where he used it as an out building.

The building was first salvaged and restored by Warren Stafford in the mid 1900’s and placed on the corner of East Taunton Ave. and Route 30. It was moved several times after that and used for storage. In 2015, the Long-A-Coming Historical Society moved the building to a permanent location behind the Berlin Hotel and restored it again and now care for the building.