On the morning of May 1, 1862, a small, but important, skirmish occurred between Confederate forces operating in the Princeton area of western Virginia and the 23rd Ohio Volunteer Infantry; the home of Henry Clark was the site of this action that would push CSA troops southward to Princeton and eventually out of the area. The battle was not just between two armies, it also pitted two neighbors against each other; a typical theme of the Civil War. 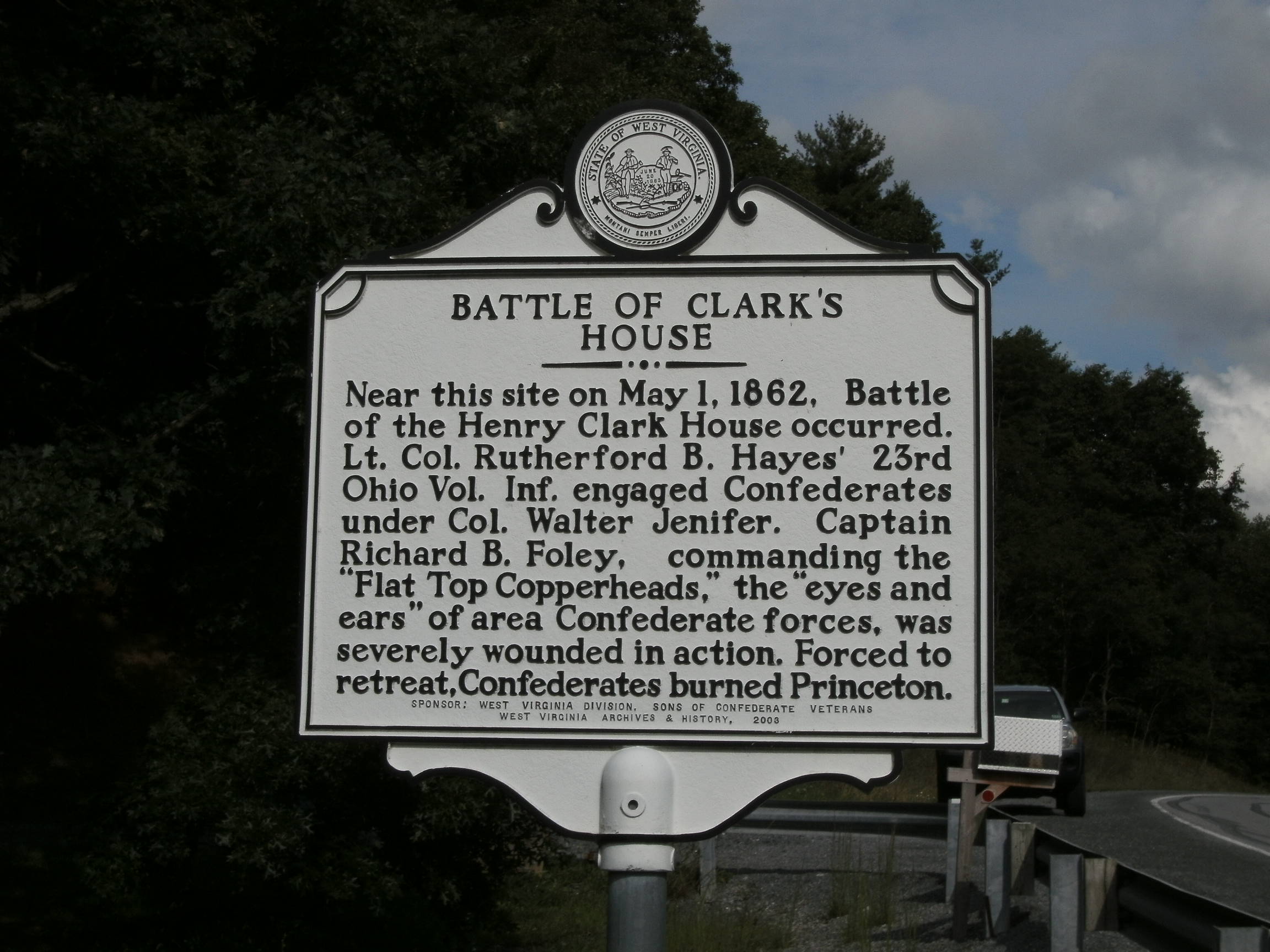 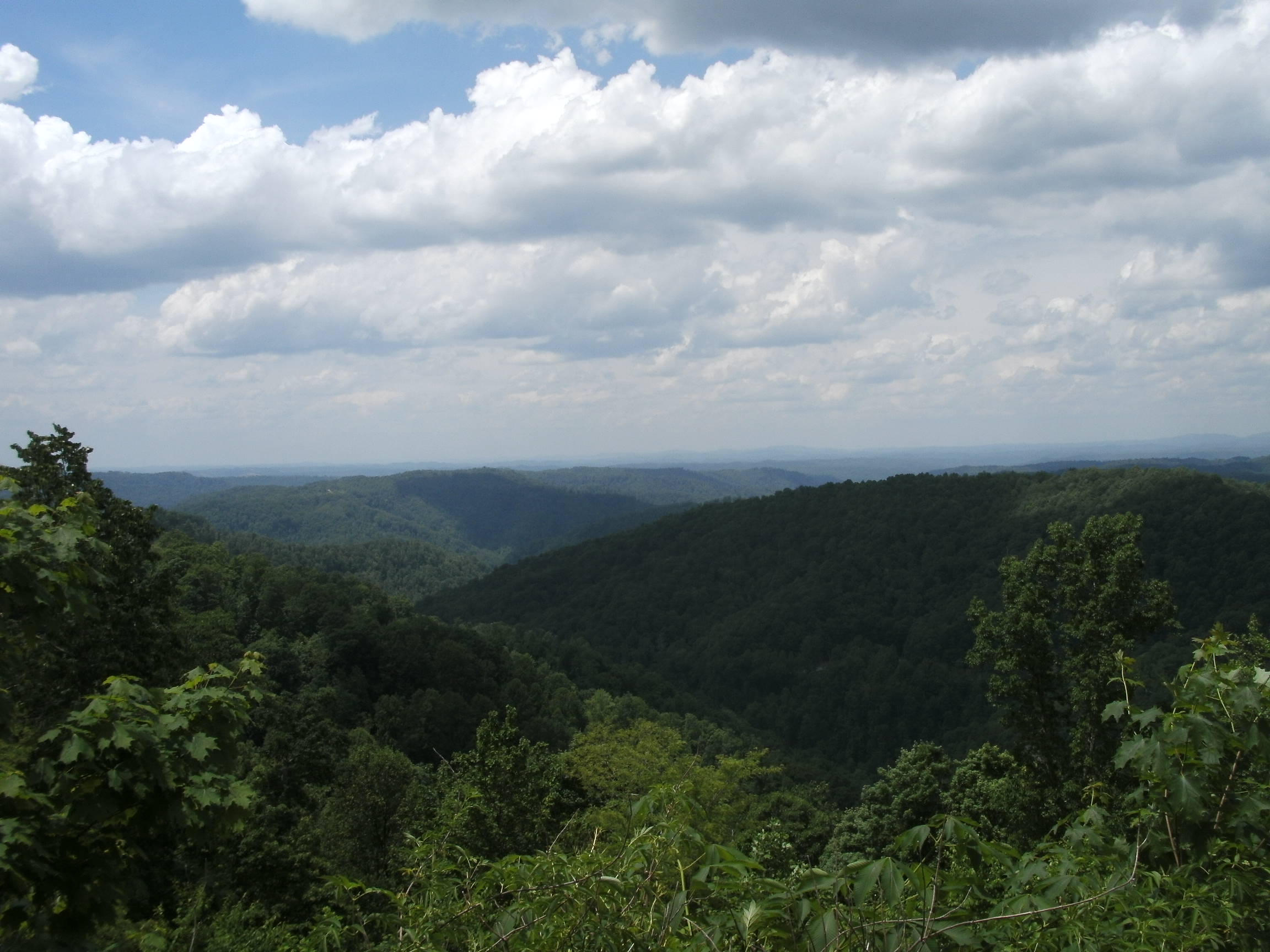 Early in 1861, the 23rd Ohio Volunteer Infantry, commanded by Gen. J. D. Cox, had been pushing Confederate troops southward out of the area of Virginia. The Mercer County line, which runs along Flat Top Mountain, became the dividing lining between Union and Confederate territory in the state. The 23rd established Camp Jones at the end of 1861, located near the community of Flat Top in Raleigh County, as a base of operations while hunting “bushwhackers,” who were occupying the surrounding area. The Flat Top Copperheads, a local guerrilla group, under the leadership of Capt. Richard B. Foley, had successfully eluded the 23rd until their meeting at Clark’s House. To the south, the Company F, 151st Virginia militia, formed in Mercer County in August 1861, to defend Virginia from Union attack. Company F, commanded by Colonel Jennefer, occupied the town of Princeton. Although not an official part of the CSA, the Flat Top Copperheads were the eyes and ears of the 151st.

In 1861, while Foley was organizing his outfit, not all of his neighbors were in agreement of which side was right in the war. Most of the area residents were supporters of the Confederacy; however, quite a few were loyal to the Union. Foley’s friend and neighbor, Russell French, was a Union supporter and because of great opposition to his feelings, left Flat Top and joined the Ohio 23rd. While serving in the 23rd French would achieve the rank of Captain, and because of his knowledge of the area, would be a great asset to operations. The Battle of Clark’s House would bring these once friends together on the battlefield as enemies.

On April 30, 1862, Gen. Cox ordered Capt. Botsford and a small group of men including French, to search the area for Foley’s group. While Foley watched the movements of the 23rd, the Copperheads remained undetected. As night fell and the camp being four miles away, Botsford’s men stayed the night at a friend of French, Henry Clark. Foley sent word of the small band to the 151st; Col. Jennefer dispatched 300 troops. Foley’s men surrounded the house and took positions overlooking the front door. The next morning Botsford’s men formed ranks in the front yard, Foley ordered his men to open fire killing one and wounding several others before they were able to escape into the safety of the house. The fire fight continued for about thirty minutes, by which time the reinforcements had arrived from Princeton. It appeared to be hopeless for Botsford’s men; however Maj. Rutherford Hayes had his men ready to march early that morning. The first shots happened so close together that they sounded like one large blast; Hayes ordered his men to march toward that blast. As Hayes approached the battle site, Jennefer saw he was outnumbered and ordered his men to retreat toward Princeton. As the Confederate militia and the Copperheads fled south, Hayes men followed and fought them for 22 miles for 13 hours. Finally reaching the hillsides before Princeton, Hayes saw the sky fill with thick smoke and as his troops moved closer to Princeton they found the entire town was on fire. Jennefer ordered his men to retreat south out of the town, burning every building; three houses remained untouched by Confederate troops, leaving nothing of use for the Union Army. Refugees fled south with the Confederates in fear of the Union troops. Both French and Foley were wounded and would carry these reminders for the rest of their lives. After the Civil War ended French moved back to Flat Top where he and his old friend met for the first time since 1861; they but hugged each other and wept over the past events.1,2

Although there are no remains of Henry Clark’s house, there is a marker near the site, located on US Route 19, between Camp Creek and Flat Top. Route 19 makes for a beautiful drive any time of the year and presents many panoramic photo opportunities. Along the length of the road as it cuts through West Virginia, the history explorer will find numerous historic sites and places to visit.