Constructed in 1902 after a great fire demolished the previous building, this building is one of the tallest building with the first elevator in downtown Martinsburg, West Virginia. The building is a three-story brick building the gently turns the corner from North Queen Street to East Martin Street. This building was one of the earliest Jewish owned department store in Martinsburg, West Virginia. The building now is home to an event venue know as 1902 On Queen. 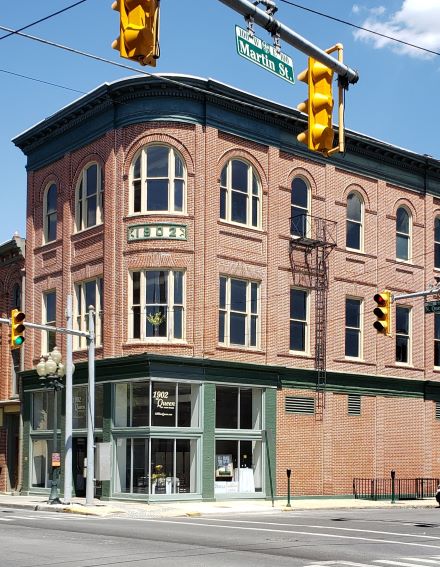 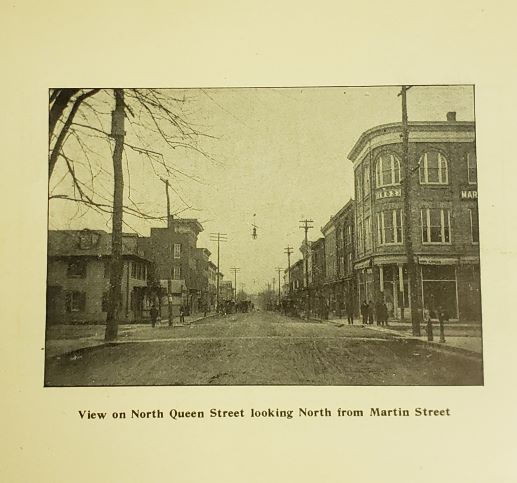 In 1910 one of the first Jewish Department stores was opened. The store was called “Katz & Lipsic’s Department Store” which was owned by George Katz and Louis Lipsic. When the store opened in November of 1910 the Martinsburg Statesman paper reported that thousands of people visited the store. On the first-floor store sold dry goods and notions in the front and in the back of the store housed a men’s clothing department and a furnishings department. On the second floor the shoppers found ladies coats and millinery. On January 1, 1911 Louis Lipsic retired and the stores name changed to George Katz & Company Department Store and later George Katz & Sons

The corner became known as Katz Corner. During the 1940s the department store held fashion shows with the latest fashions with the shows being held at the Apollo Theater and also in the floor length windows on the second floor. From the 1930s to the 1960s a shopper could find taxi cabs lined up outside the store.

The Katz & Sons Department store remained in business and operated by the family until 1960 when the business was sold to Rosen & Sons of Hagerstown. Today the building is an event venue known as “1902 on Queen.”