Giles Hopkins came on the Mayflower in 1620 with his father, Stephen Hopkins. Giles was among the original settles of Eastham, Massachusetts when the Plymouth Colony expanded on Cape Cod. His family members later settled and acquired property in areas that now make up Harwich and Brewster. He is buried in Cove Burial ground on Route 6 in Eastham with many other early residents. 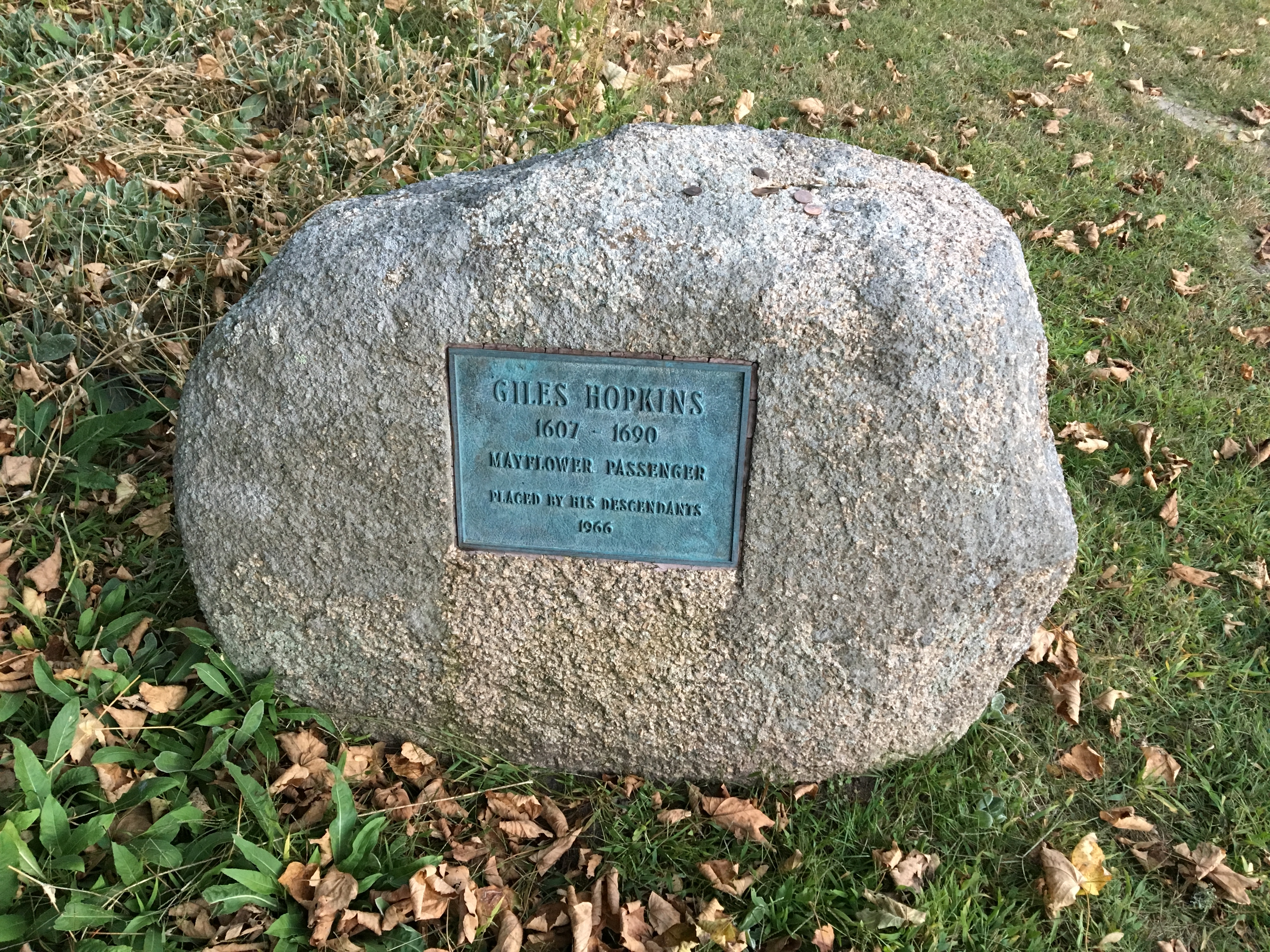