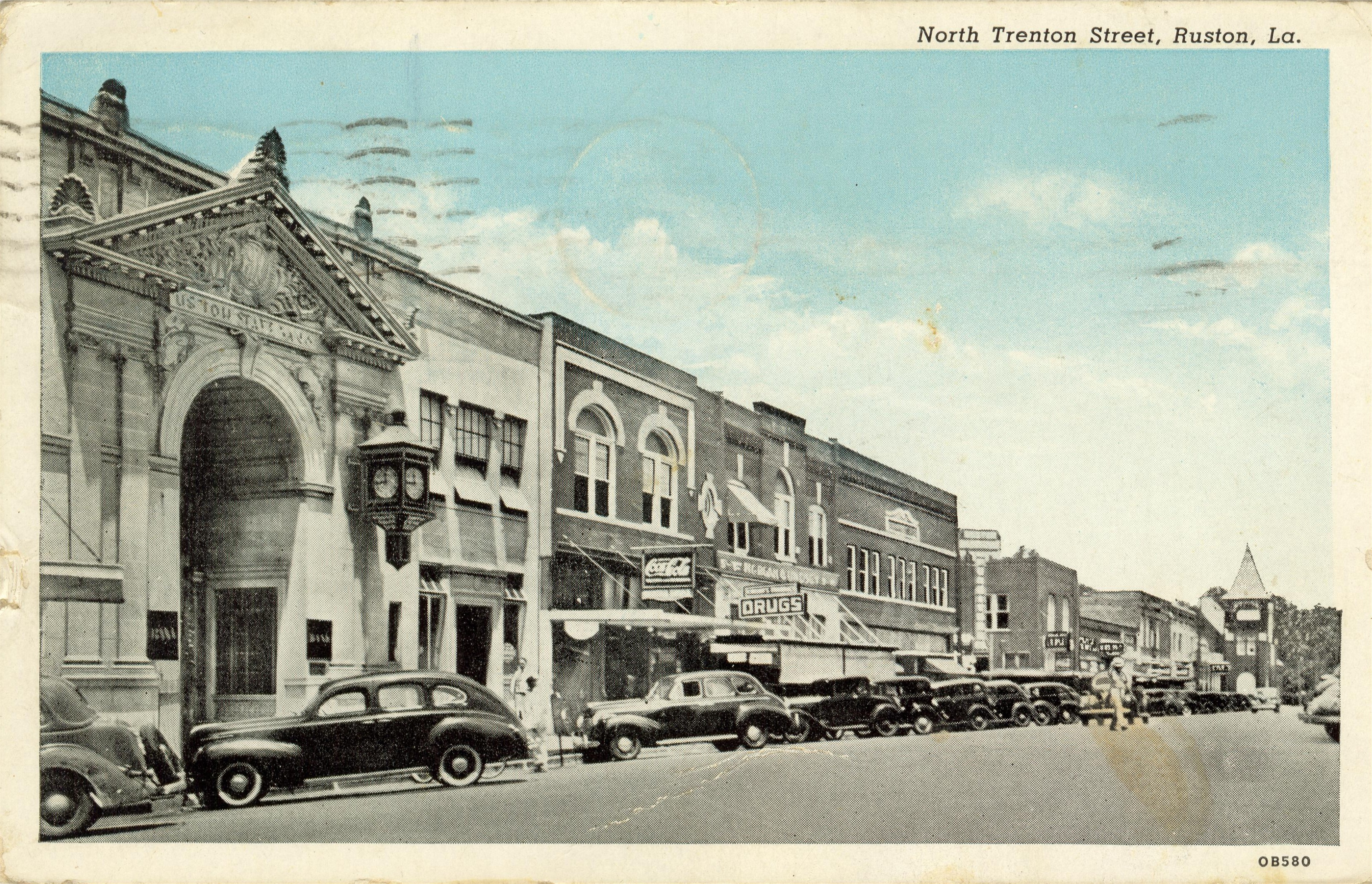 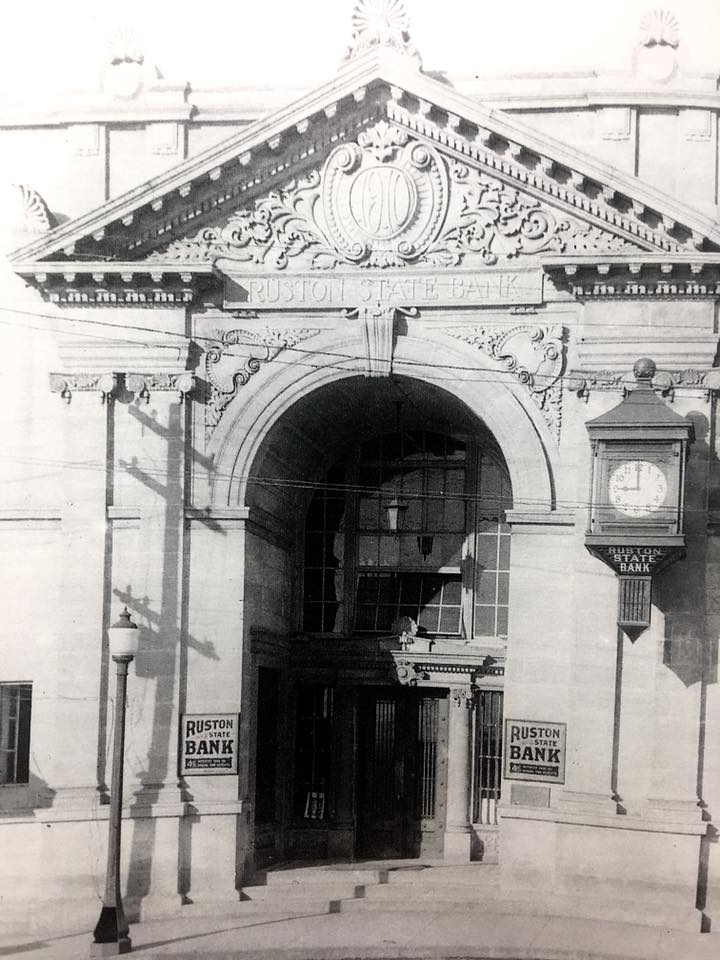 Ruston State Bank & N. Trenton Street - the bank is the building with the sunshade behind the buggy, c. 1910 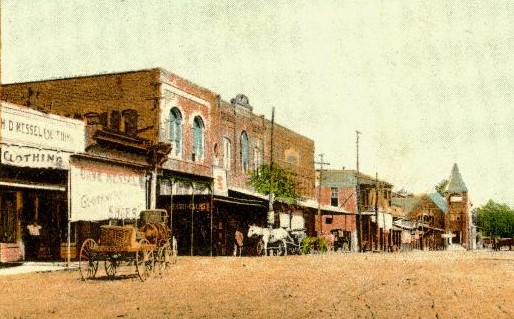 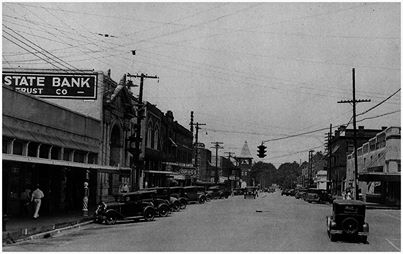