The final milestone has been moved from its original location. The stone was originally set alongside the end of the roadway in front of the exit to the ferry. However it had to be moved backwards from the road to keep the trucks exiting the property from running it over. 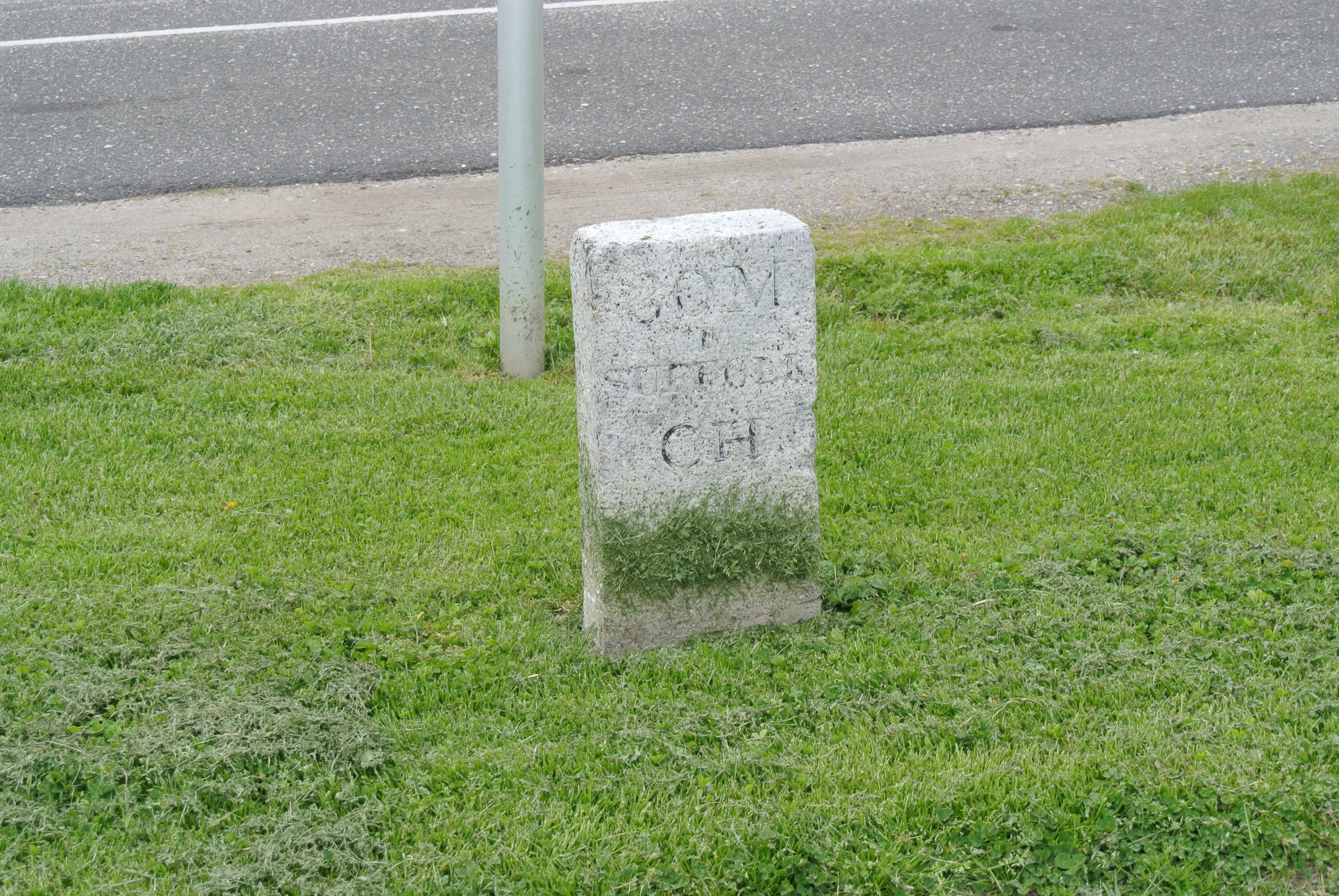