The Main Road over the years has had some of its early twists and turns, smoothed out. This milestone sits at the beginning of one of those instances. A byway was built to the south of the original road. The large house that sits just west of the stone is the Terry Mulford house, which is one of the oldest houses in Southold Town. 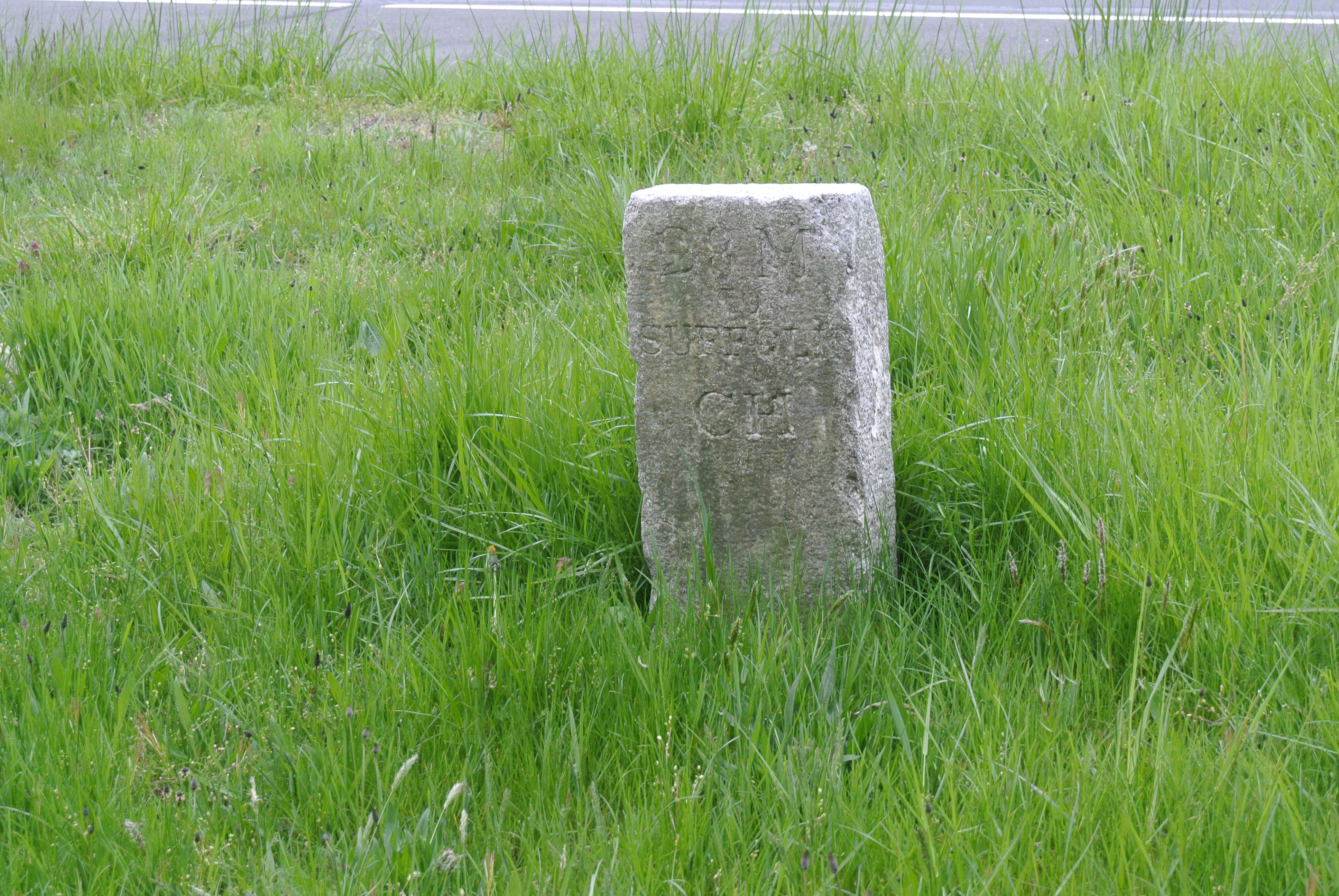