Milestone #27 is a repeated victim of car accidents. The stone was missing for many years and its existence was noted by a sign hanging on a nearby fence. It has only been recently rediscovered, repaired and returned to its original location, next to the stone is the sign that hung on the fence in its place. 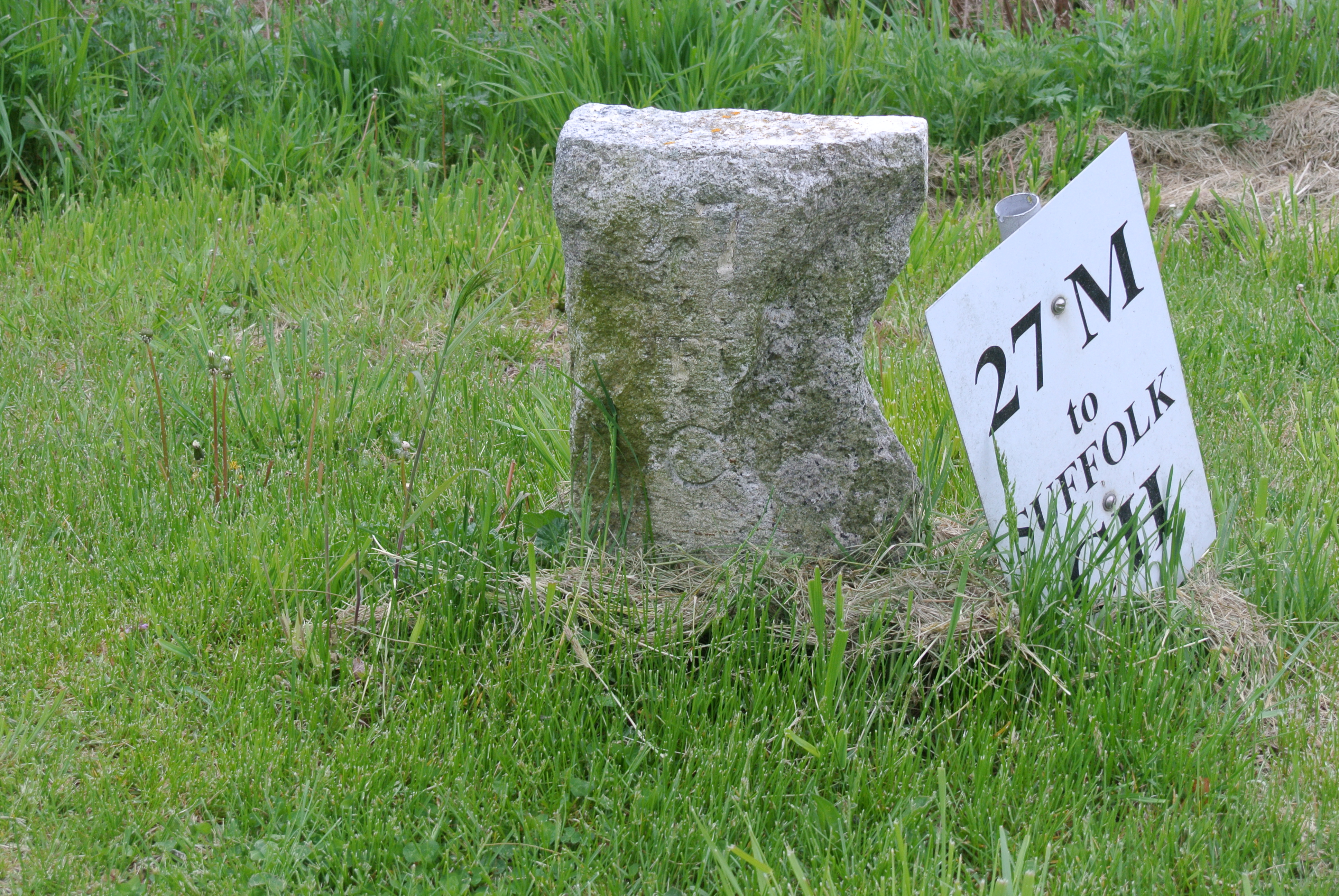