This ornate, terra-cotta building became the headquarters of Hamm's Brewery in 1919. The structure is located at the site of a former church, and the 550-foot well dug by the members of that congregation still provides water to a modern brewery that operates in the expansive building. William Hamm of Hamm's Brewery saw an opportunity to purchase this land after the construction of a department store stalled during World War I. Hamm completed the building's construction and turned the building into his brewery's headquarters when it opened in 1919. With the passage of prohibition and a booming 1920s economy, the building transitioned into a multipurpose business hub and entertainment destination in the next decade.

Historic Hamm Building as pictured in 2015. 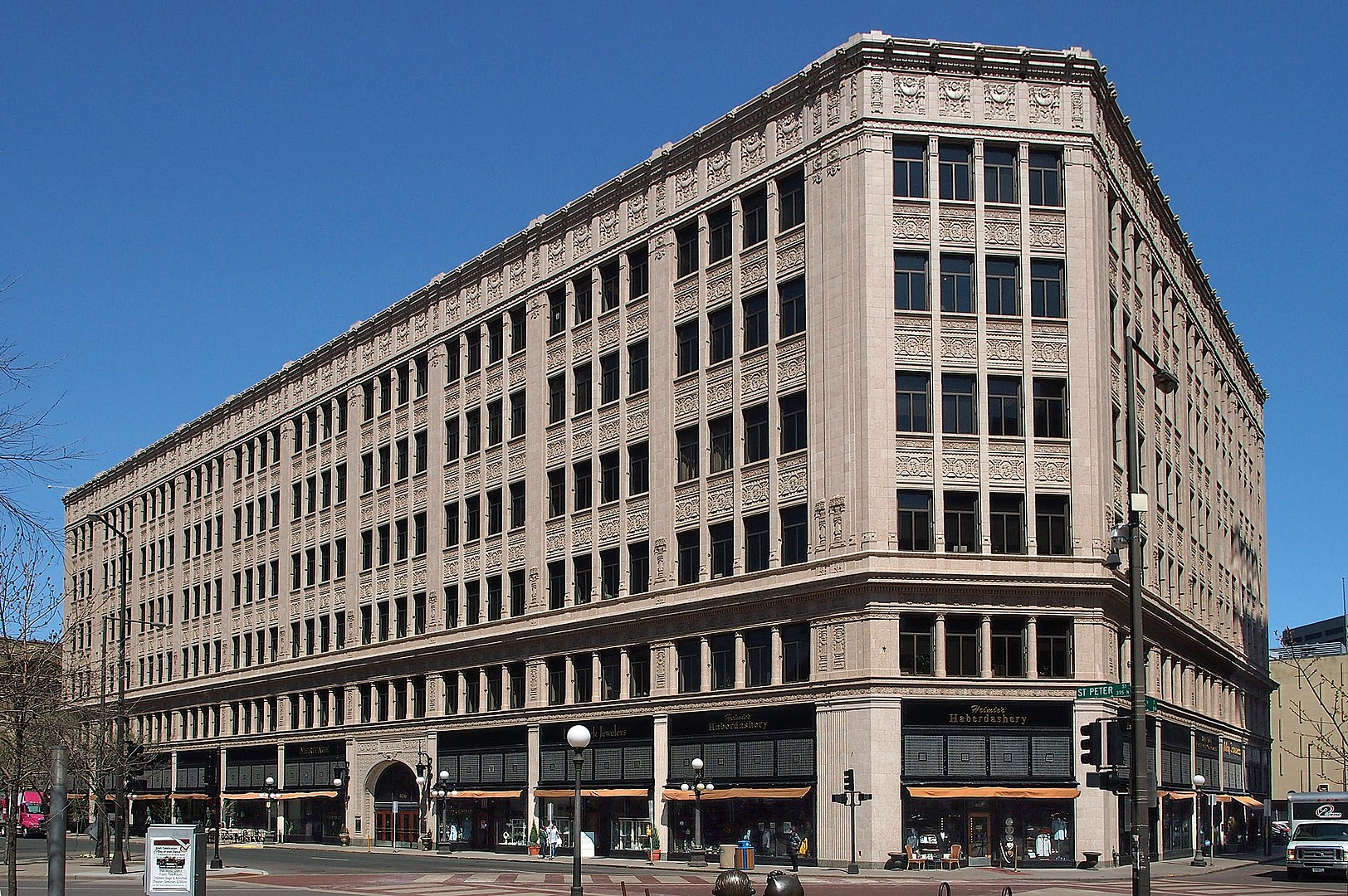 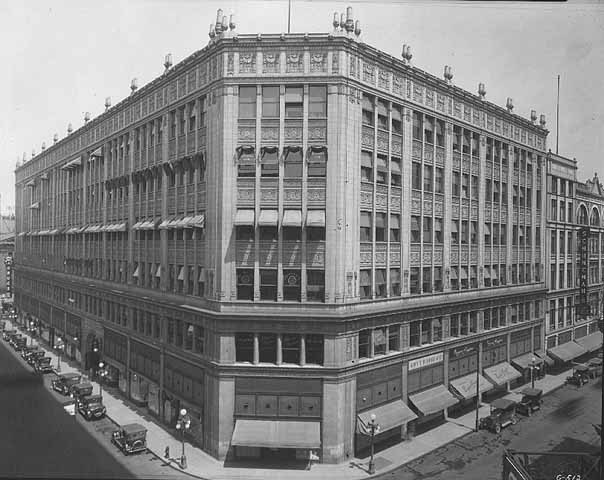 William Hamm led efforts in 1919 to complete the formerly stalled construction of this building that began in 1915. The land had previously been owned by St. Paul Cathedral. The Hamm Building in downtown Saint Paul, Minnesota, embodies early twentieth-century building trends and materials. Still, the Hamm Building served as the only structure in the state comprised entirely of terra cotta cladding on all of its primary facades and stands out because of its exemplary ornamentation. Indeed, the American Terra Cotta & Ceramic Company of Chicago deemed the Hamm Building "the pride of the Midwest."  More than that, the building has stood as the center of entertainment and business for more than a century in St. Paul. The building connects people of the 21st century to many former eras, including the period before the building existed.

The Hamm Building stands on property that had been purchased by investors in 1914 who intendied to build a department store, but construction stalled during World War I mainly due to a lack of funding. William Hamm, the owner of locally-based Hamm's Brewery, took over the project and financed the construction of what would become the new Hamm's Brewery office building when it opened in 1919.

Though the building only reaches six stories high, it covers half of a large city block. From a structural standpoint, the Hamm Building epitomizes the construction methods typical of urban commercial buildings during the early twentieth century. However, the type of steel framework used differed from most buildings that arose at the time. The structural framework of cantilevered steel beams and girders saved money, reduced building vibration, and offered tremendous flexibility in the interior arrangement of spaces.

The flexibility provided an immediate advantage when, within one year of its opening, and with the establishment of Prohibition and the era of the "Roaring '20s" emerging, the Hamm Building transitioned into a multipurpose commercial and service-industry establishment. The building opened in what became the heart of a rapidly-growing entertainment district. For instance, the Capitol Theater "movie palace" opened in Hamm Building as one of the most expensive and elegant theaters in the Midwest. The theater helped the building swiftly grow into one of the most popular places in the Twin Cities.

Over the years, the Hamm Building has been home to a wealth of tenants, including law firms, financial services, insurance companies, the tech industry, and numerous retail outlets. And since 1997, Great Waters Brewery has operated its beer operation in the Hamm Building, helping keep the beer tradition alive. Even more intriguing for the modern brewery is its ties to the old St. Paul church that used the property; the brewery gets its water from a 550-foot well dug by the church before 1914.