This extraordinary example of modern factory design was built by Simonds Saw and Steel (a company founded by Abel Simonds in West Fitchburg in the 1832 as a scythe company) in 1930. The windowless factory was conceived as a way to provide controlled lighting, temperature, humidity, noise, dust and smoke. It is long and horizontal in order to create efficient "straight line" production.

Postcard of the Simonds factory 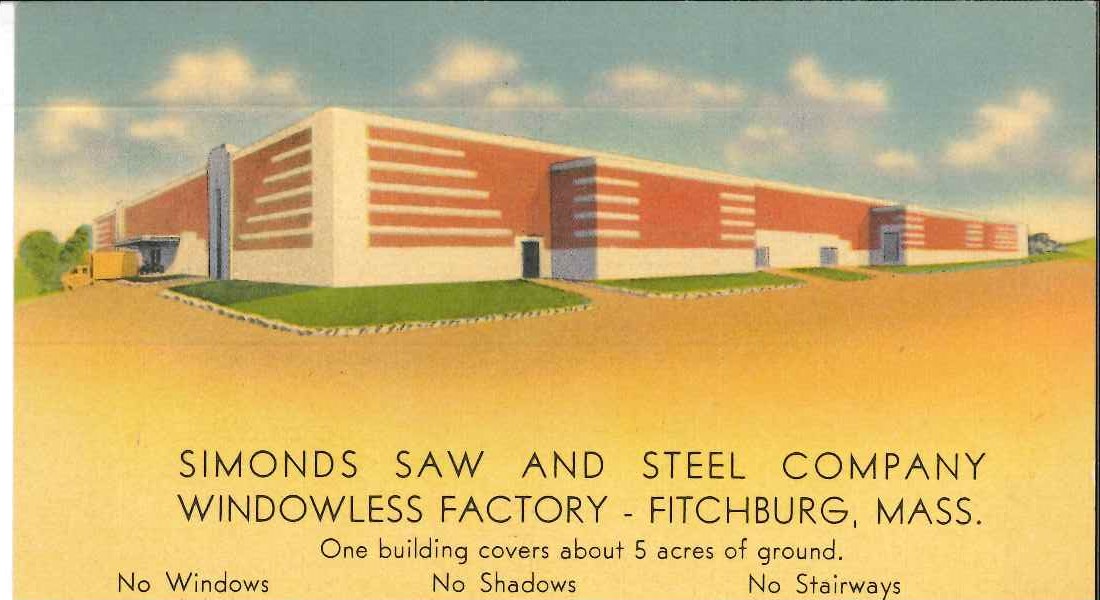 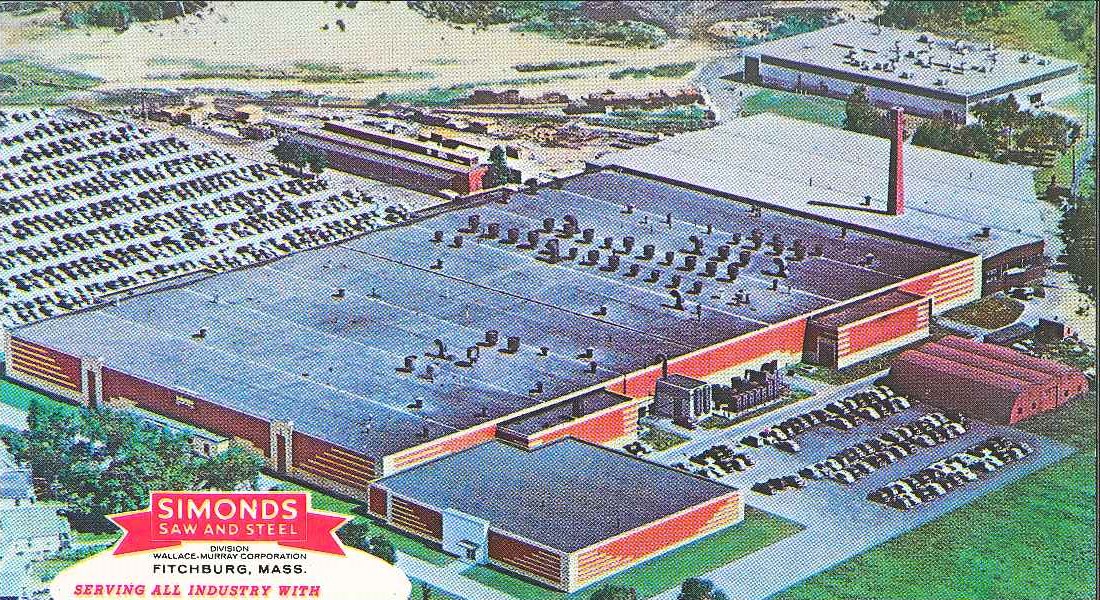 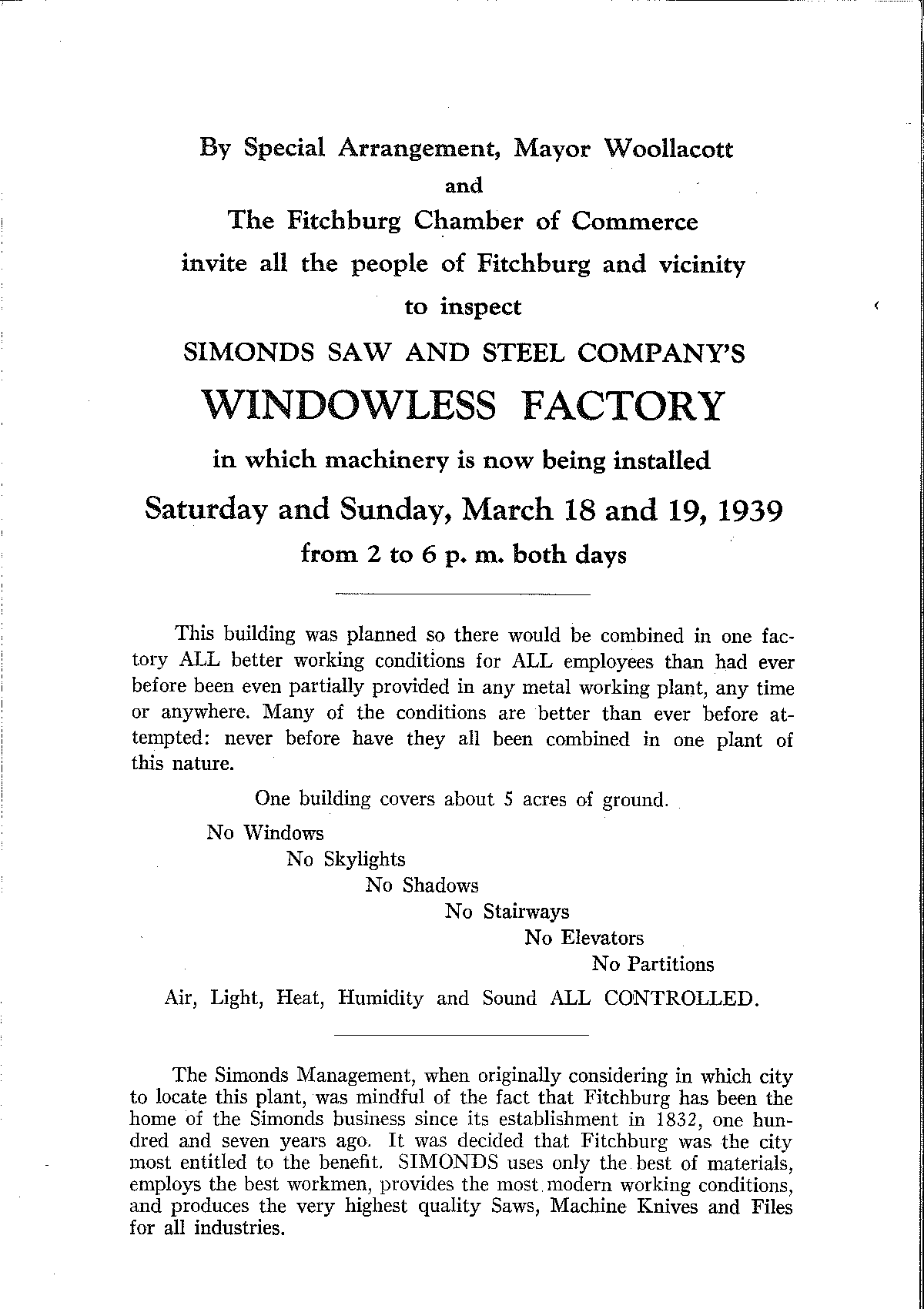 This building was first conceived in 1929 as a way to replace and modernize the earlier mills. Boston and Maine Railroad carshops, which manufactured railroad cars, were razed to make way for this factory. The cornerstone for the building was laid in December 1930, but because of the world-wide Great Depression, the company did not move into the new plant until 1939. Its design was published around the world as the world's first windowless and "controlled conditions" factory. At an open house on March 18 & 19, 1939, the company announced "This building was planned so there would be combined in one factory ALL better working conditions for ALL employees than had ever before been even partially provided in any metal working plant, any time or anywhere. Many of the conditions are better than ever before attempted: never before have they all be combined in any one plant of this nature". The building covers about 5 acres.

One of its innovations was teletype equipment that linked to Simonds offices all over the U.S. Orders and messages were transmitted without needing to be answered by a telephone operator. They also boasted equipment for sending messages to Canada and overseas.

In 2019 & 2020, there are historians studying this building and researching at the Fitchburg Historical Society. It will be included in a new book by Joseph Siry of Wesleyan University, Air Conditioning in Modern American Architecture, forthcoming in May 2021.

The original Simonds factory buildings are mainly gone now, though one of the buildings of the Simonds complex has been transformed into Simonds Hall on the Fitchburg State University campus, which includes the space that housed an earlier Simonds factory location. Here is a view of the transformed building: https://bit.ly/2AaCfla