The Harvey B. Gantt Center

The Harvey B. Gantt Center offers exhibits and educational programs that explore the experiences and celebrates the triumphs of people of African descent in the United States. October 2009 marked the opening of the Afro-American Cultural Center as the Harvey B. Gantt Center for African-American Arts and Culture. The name of the facility honors Harvey Bernard Gantt, a community leader and businessman. Gant was a trailblazer, the first African-American student admitted to Clemson University and Charlotte's first African-American mayor. The Center is a dedicated space to present, preserve and celebrate excellence in the art, history and culture of African American and people of African descent. Included in the permanent collection are several works by Romare Bearden. While there has never been an exhibit dedicated to Bearden exclusively, The Gantt Center has several Bearden works on display in its permanent collection. One painting by Bearden is featured prominently in the lobby of The Gantt Center. It sets the tone for the whole museum.

Piece for The John and Vivian Hewitt Collection 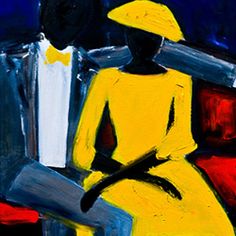 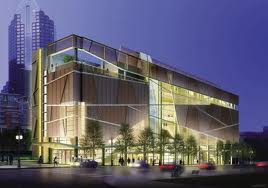 The Harvey B. Gantt Center for African-American Arts and Culture (formerly the Afro-American Cultural Center) was born as a result from sit-ins held by students demanding a forum to acknowledge the history and contributions of African- Americans to this country. The museum’s theme is “where you belong”, which captures the original vision of the founders. From beginnings in 1974, the founder’s vision has been superseded. In 2009 the Gantt center opened in the heart of uptown Charlotte, North Carolina.

The museum is named in honor of Harvey Bernard Gantt; a respected community member and businessman. Gantt was also the first African American student admitted to Clemson University, and served as Charlotte’s first African-American mayor. The Gantt center presents and preserves African-American excellence in art, history and culture. The Gantt center celebrates the trials and triumphs of African Americans and their contributions to arts and culture.

Work by Romare Bearden is featured in The Gantt's permanent collection. Beardon, a native of Charlotte, was a pioneer African American artist, breaking down many barriers for himself and for other African American artists. In his work, Bearden often featured his own experience which he recognized as “the incidents of Black life” and used memories of his childhood visits to his grandparents in rural NC as inspiration in many of his works.