Located within Mount Hope Cemetery, a rural cemetery that was established in 1889, the Spanish American War Monument to the 71st Infantry Regiment commemorates the service of the members of a prominent unit of the New York State National Guard that fought in Cuba during the war of 1898. Of the approximately 1,200 men of the regiment who went off to war, 109 did not return, having lost their lives in battle or from disease. Several members of the regiment who died in the service were buried in a plot belonging to the regiment at Mount Hope Cemetery, and in 1901 a monument resembling the blockhouses that had been built by the Spanish army in Cuba was dedicated in the plot to memorialize the fallen soldiers. 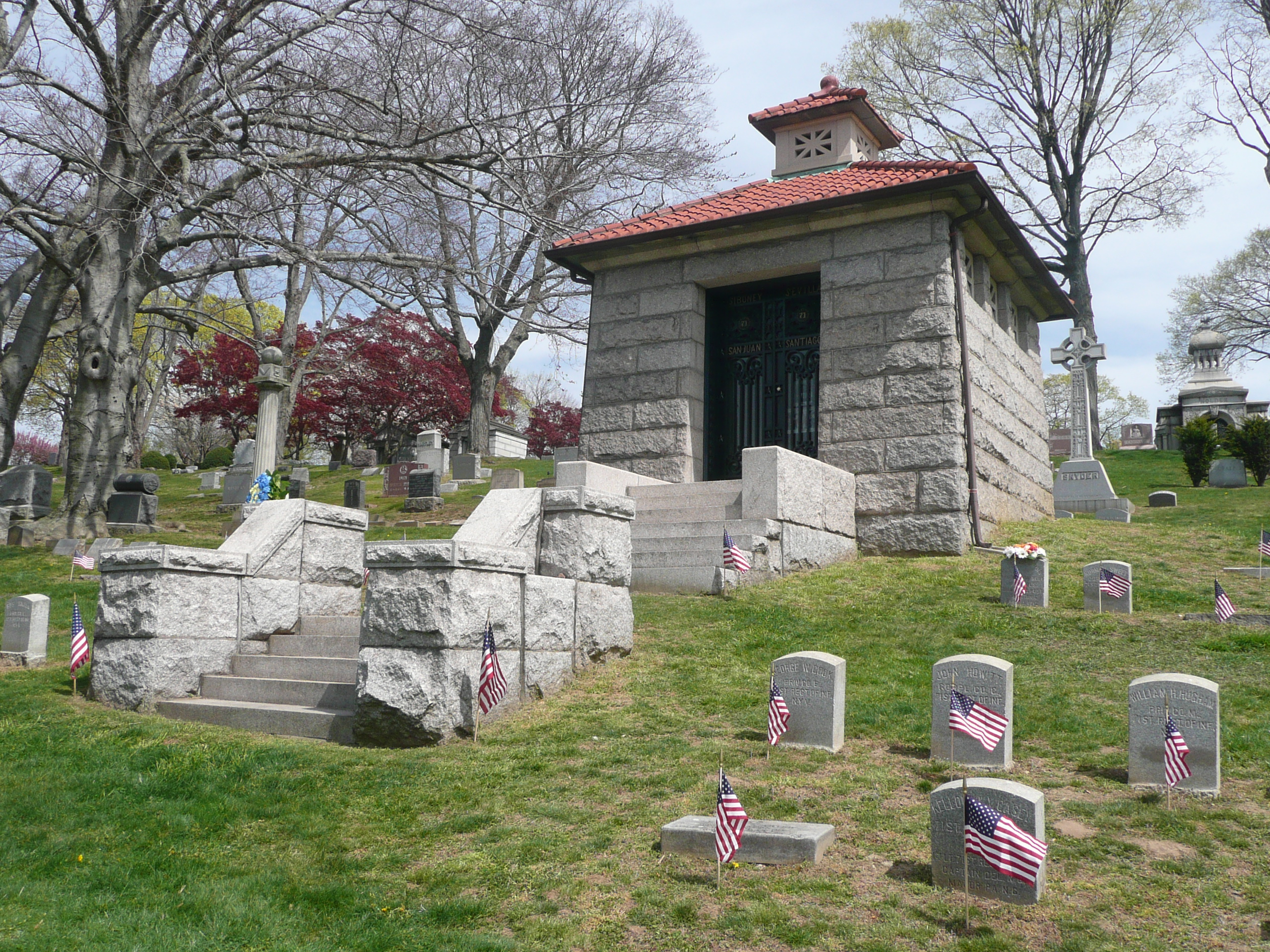 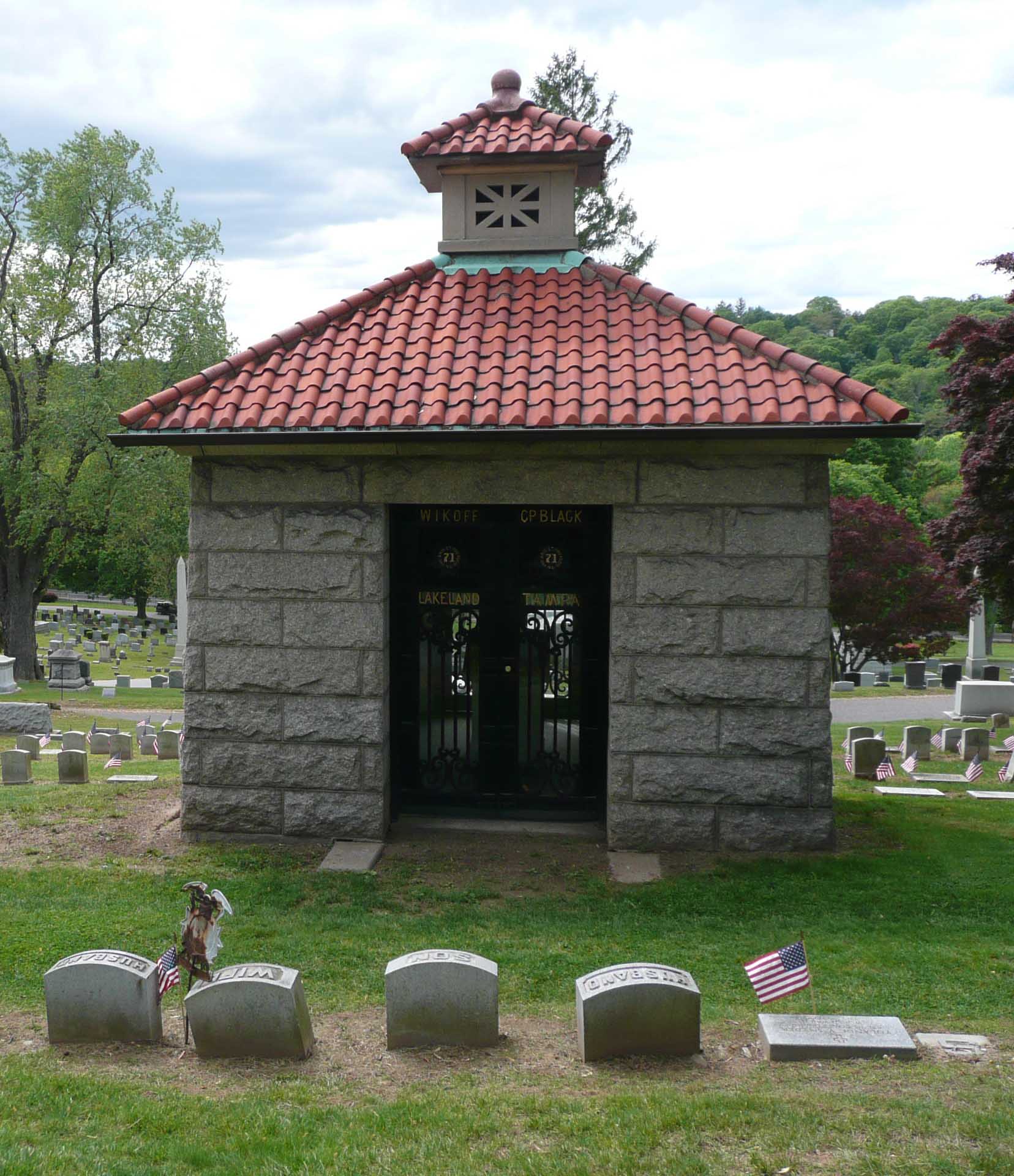 Spanish American War Monument to the 71st Infantry Regiment. The grave of Colonel Wallace A. Downs, who commanded the regiment during the war, is at left. 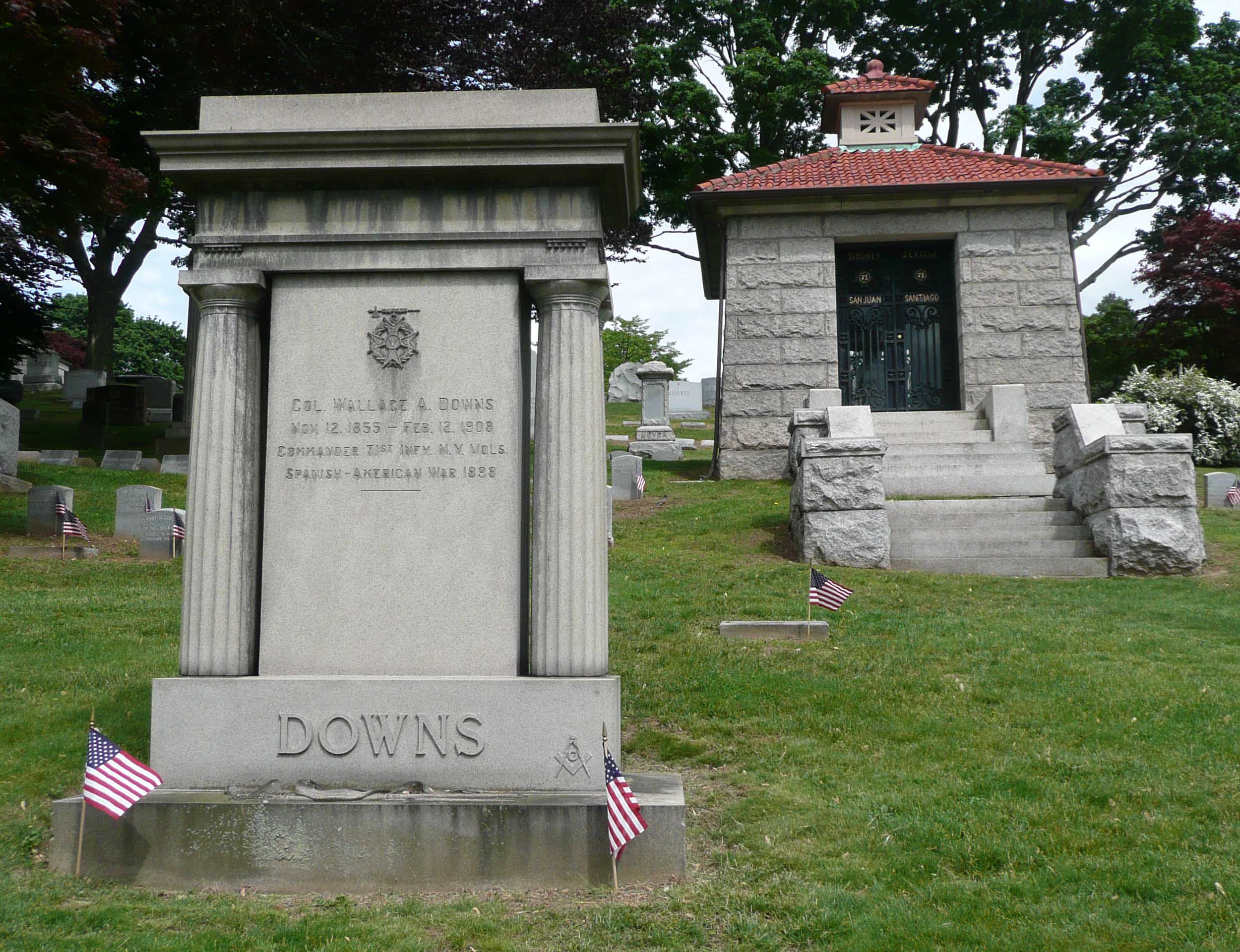 The 71st Regiment of the New York State National Guard was established in New York City in 1850. On May 10, 1898, only 15 days after the United States declared war on Spain, the regiment was mustered into federal service to fight abroad. It was the first volunteer regiment from New York to muster into federal service. After mustering in at Camp Black on Long Island, the regiment was sent to Florida, and participated in the invasion of Cuba and the capture of Santiago. The 71st participated in the Battle of San Juan Hill on July 1, 1898.

After the end of the war, the 71st was sent to quarantine at Camp Wikoff on Montauk Point, Long Island. Of the approximately 1,200 men who comprised the regiment at the beginning of the war, 109 lost their lives during and after the conflict, both in battle and as a result of yellow fever and typhoid. Disease and illness so affected the regiment that only 350 soldiers participated in a drill when the regiment returned to its Armory in Manhattan at Park Avenue and 34th Street.

The New York State Legislature established the 71st Regiment Commission with funding of $5,000 to provide a suitable resting place for the soldiers of the regiment whose bodies were not claimed by friends or family, and to place a monument at their graves. By March 1899 the 71st had secured a plot in Mount Hope Cemetery in Hastings-on-Hudson, and the following month the remains of seven soldiers who died in Cuba were buried in the plot. The remains of three other soldiers who died as a result of the conflict were buried there sometime thereafter. The members of the regiment

The regiment hired architect Clarence True to design the monument, and Charles A. Parker to serve as the general contractor for its construction. True designed a granite monument resembling the blockhouses that had been built by the Spanish army to defend Santiago, and that the 71st had assaulted during the Battle of San Juan Hill. The cornerstone of the monument was laid on June 8, 1901. DEDICATION

Despite its appearance, the monument is not a mausoleum. Visible through glass doors is an open bronze book on a marble pedestal. This open book is meant to memorialize the regiment's fallen soldiers. The names of the regiment's encampments in the United States (Camp Black, Camp Wikoff, Lakeland and Tampa) are inscribed on the monument, as are the engagements in which it fought (Siboney, San Juan, Sevilla, Santiago). Several members of the 71st who survived the Spanish-American War are buried near the regiment's monument, including Colonel Wallace A. Downs, who commanded the regiment during the conflict.

The Spanish American War Monument to the 71st Regiment, which is located in Section 35 of Mount Hope Cemetery, was added to the National Register of Historic Places in 2011.