Established in 1937 by the Works Progress Administration (WPA), the Amistad Gymnasium stands as an example of the many rural gymnasium/auditorium projects New Deal programs carried out in New Mexico. The gymnasium and its connecting school were originally funded and designed to be a project to relieve unemployment and hold recreational activities for the community in Union County. The rectilinear, one-story gymnasium's design the Spanish-Pueblo Revival style with its stuccoed walls, earth-tone paint, and metal roofing. In addition, the gymnasium is adorn with two giant golden Zia sun symbols on the front side of the gymnasium, taking inspiration from the Art Deco style and making the building unique compared to other recreational establishments in the area. The Amistad Gymnasium was listed in the National Register of Historic Places in 1996 for its take on the Spanish Pueblo Revival and Art Deco styles and its association with the New Deal programs in New Mexico. 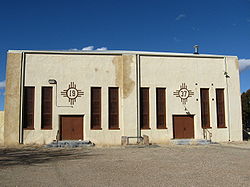 Amistad School (Left of the Gymnasium) 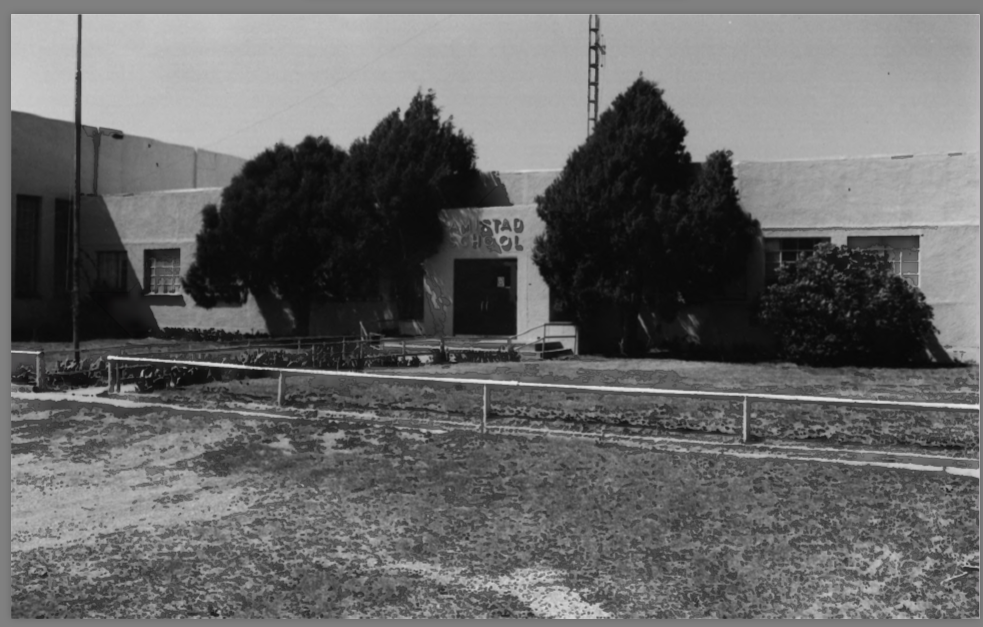 The Zia Sun and the Four Directions 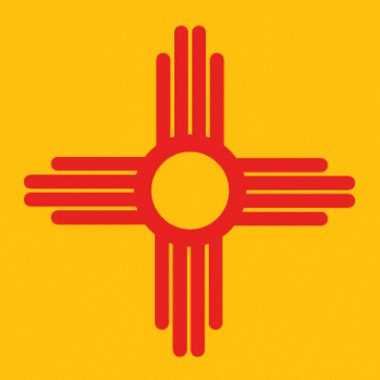 In order to relieve unemployment for artists and construction workers during the Great Depression, the Works Progress Administration (WPA) issued the New Deals program. Created by Franklin D. Roosevelt as a response to the 1929 stock market crash that left millions of workers out of work, the New Deals program allowed unemployed laborers to contribute to the construction of community projects and buildings. The New Deals program specifically provided a platform for artists and workers to not only have paid work, but also allow them to express their artistry and give the United States hope for a brighter future. For example, several art projects and recreational facilities were constructed in New Mexico between1934-1943 through various federally funded art programs, such as Public Works of Art Project (PWAP) and Treasury Art Relief Project (TRAP).

The Amistad Gymnasium is one of the many buildings in New Mexico created out of the New Deals program during the Great Depression. In 1935, the Works Progress Administration (WPA) funded and hired 50 construction jobs, and with materials, the entire project approximately cost $15,000 to build. However, there was a year-long delay, and it was not until WPA's district engineer, J.R. Islar drew the plans for the gym. The Amistad Gymnasium was finally constructed in 1937 and quickly began serving as a recreational facility for the community of Amistad, Union County, New Mexico.

The design of the gymnasium is heavily inspired by the Spanish Pueblo Revival with its stuccoed walls, earth-tone paintwork, and metal roofing. The one-story building is extenuated with wooden doors, low concrete porches, flank and sash windows, adobe brick trimming, and concrete window sills. In addition to the Spanish Pueblo Revival style, the gymnasium also has touches of the Art Deco style, which is apparent with the two giant, golden Zia sun symbols on the front of the building. According to the Zia people of New Mexico, the Zia sun is a sacred symbol that points to four different directions, and the four directions refer to the four seasons, stages of life, compass directions, and periods of each day. The Zia sun is also on New Mexico's state flag. The symbols have 1937 inscribed on them to commemorate the year the Amistad Gymnasium was built. The building also had modern steam heating plant and over-sized windows to supply light and ventilation, which was revolutionary at the time.

As for its purposes, the Amistad Gymnasium was basically a community center for Amistad where recreational and social activities, such as basketball games and tournaments, rollerskating, and dances throughout the Great Depression and World War II. In 1955, a school was added to the left wing of the gymnasium. The school's athletic matches began to be held at the gymnasium along with the community gatherings and events. In 1996, the Amistad Gymnasium was listed in the National Register of Historic Places for three reasons. First the gymnasium is a reminder of how the New Deal's efforts to construct community recreational facilities that affected Amistad. Second, it is a well-preserved example of the Spanish Pueblo Revival and Art Deco styles. Third, it is a symbol of how the WPA employed artists and construction workers during the Great Depression.