Stephen Girard (1750-1831) came to Philadelphia in 1776 and made immense fortunes in shipping, banking and real estate that combined to make him the wealthiest American of his time, When he died in 1831, among his bequests was money to create a school for both boys and girls in Passyunk Township, an area where he had owned a farm for decades. The school opened in 1833, but eventually closed and the building was turned over to the school district in 1867. The current Stephen Girard Elementary School, a public school in the Philadelphia school district, is the third school building on the site. 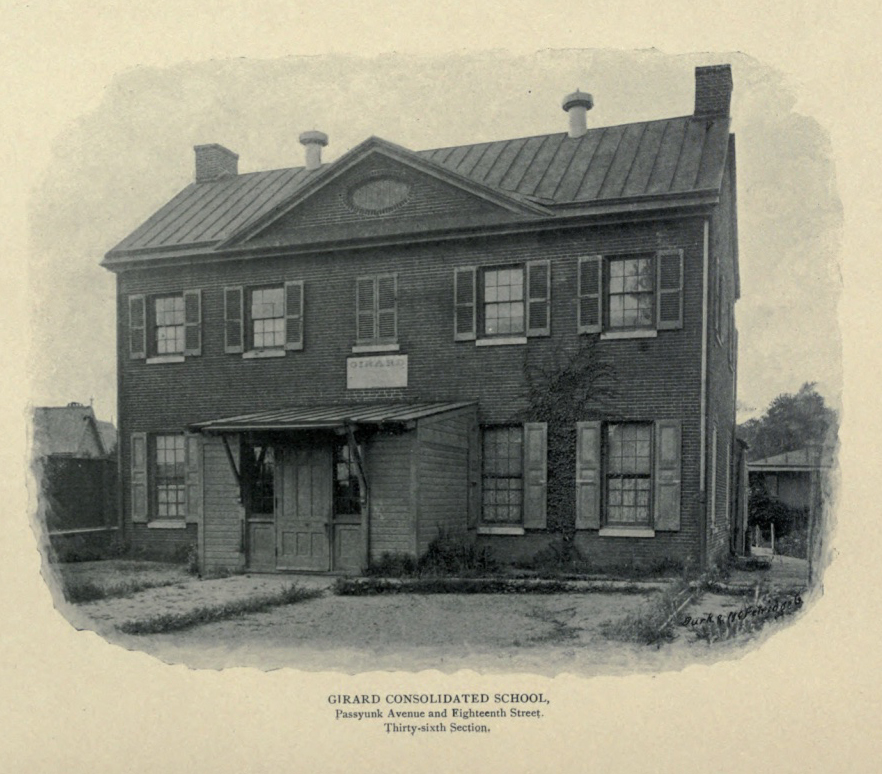 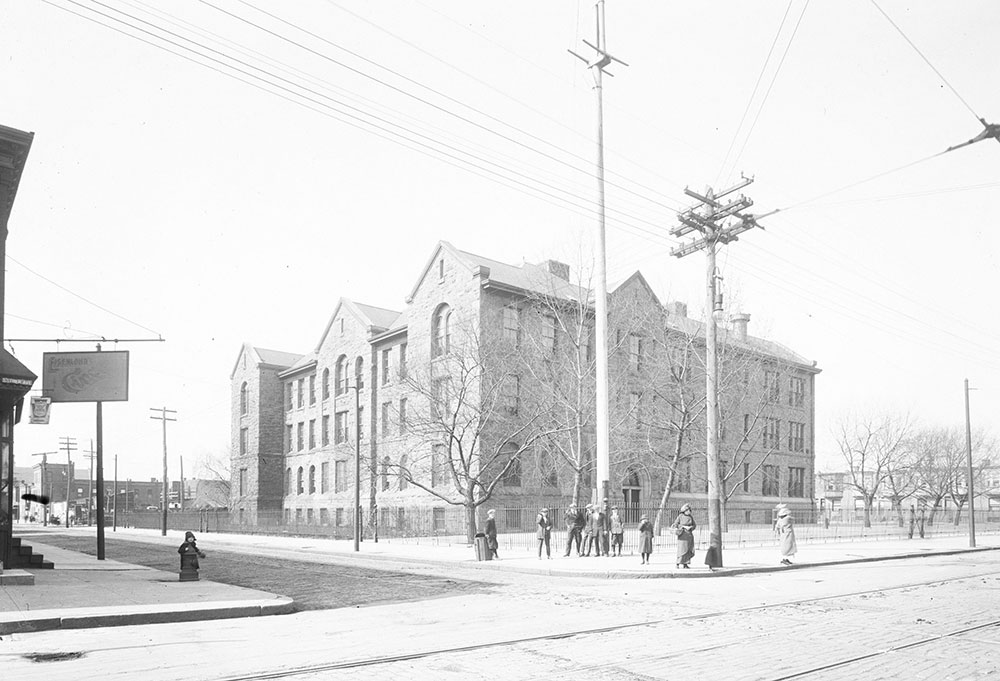 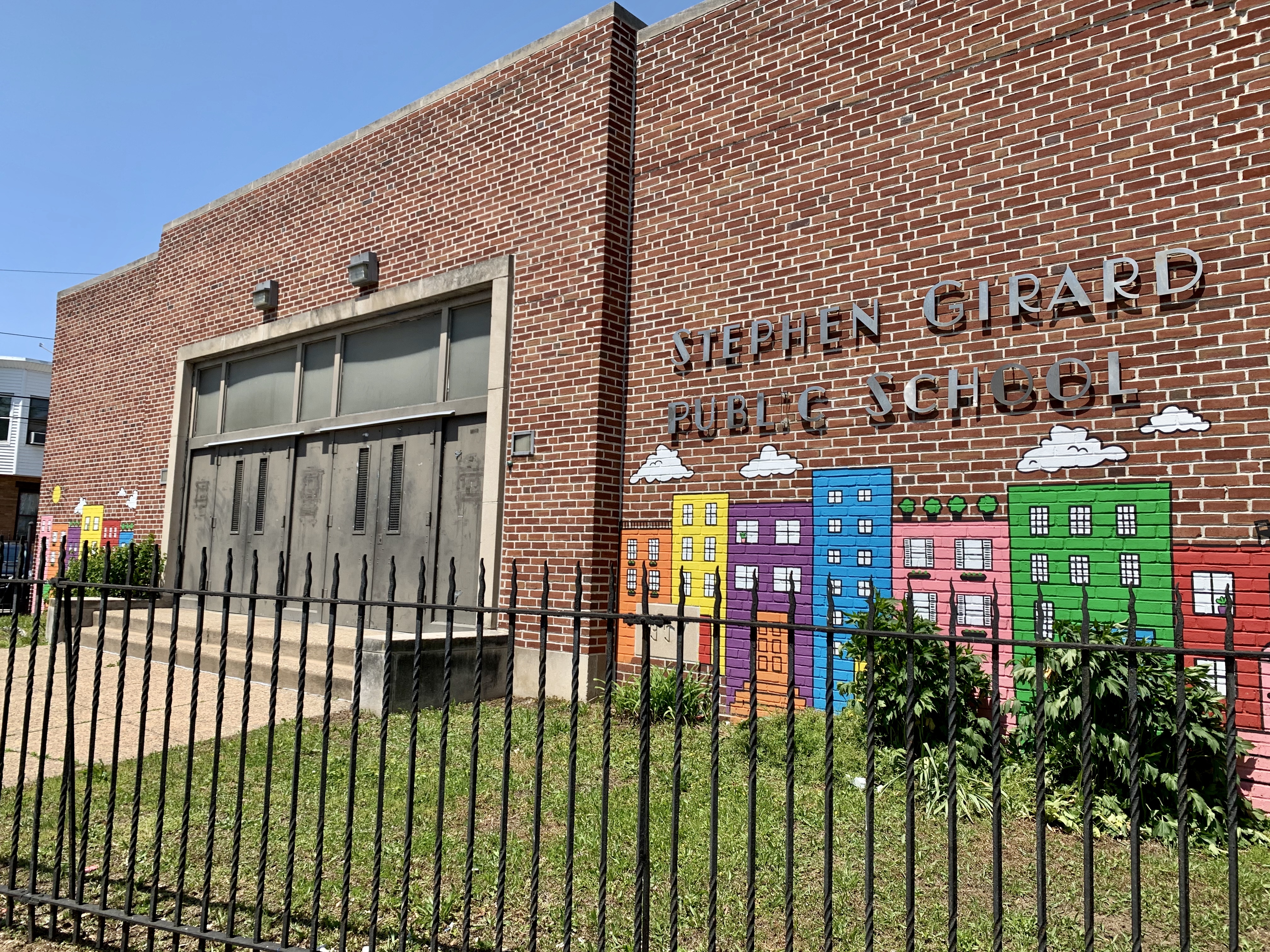 Born in Bordeaux France, Stephen Girard (1750-1831) came to Philadelphia in 1776 and made immense fortunes in shipping, banking and real estate that combined to make him the wealthiest American of his time. When he died in 1831, he left nearly all of his multi-million dollar fortune to charity, focusing especially on education. The vast bulk of his estate went to create Girard College, a boarding school for financially-disadvantaged students which still exists today. Girard also left two other education-related bequests: $10,000 to the Comptrollers of the Philadelphia Public Schools for “the use of the Schools upon the Lancaster system in the first section of the first school district of Pennsylvania” and $6000 to create a school in Passyunk Township. The current Stephen Girard school, a public school in the Philadelphia school district, is a descendant of this Passyunk school.

In 1797, Stephen Girard bought a 70-acre stretch of farmland in Passyunk township, which was then outside the city of Philadelphia. He continued to work, improve and expand the land he called “my place” through his life and remembered the township in his will. Girard’s will called for four men of Passyunk Township to:

A brick schoolhouse was duly built and opened in 1833 with approximately thirty students.Unfortunately as a late 19th-century history put it, "No one responded to Mr. Girard's recommendation that additions be made to the fund founded by him, and the trustees discovered that they had insufficient means with which to properly carry on the school for any length of time. It struggled along for several years, but was finally closed." The building was given to the school board and reopened as a public school in 1867. The public “Stephen Girard Combined Higher Primary School” eventually outgrew its small brick structure and a second, much large stone building was constructed on the same site in 1901. The current brick Stephen Girard Elementary School is the third school building to occupy the ground and is a public school now serving students in kindergarten through fourth grade.

School building is not open to the public