Established in 1989, the Sachse Historical Society Museum is located next to the Sachse Cemetery in the northeastern part of Dallas County, Texas. The museum maintains a collection of important artifacts demonstrating the founding and growth of the city of Sachse Texas. Items include early farming artifacts, housewares and photographs of the area’s first settler William Sachse, his family and other pioneer families who settled this area of North Texas. The museum is approximately 1 mile north of Texas State Highway 78 and President George Bush Turnpike and Firewheel Town Center. The museum and its artifacts are housed in what was the city’s original jailhouse. 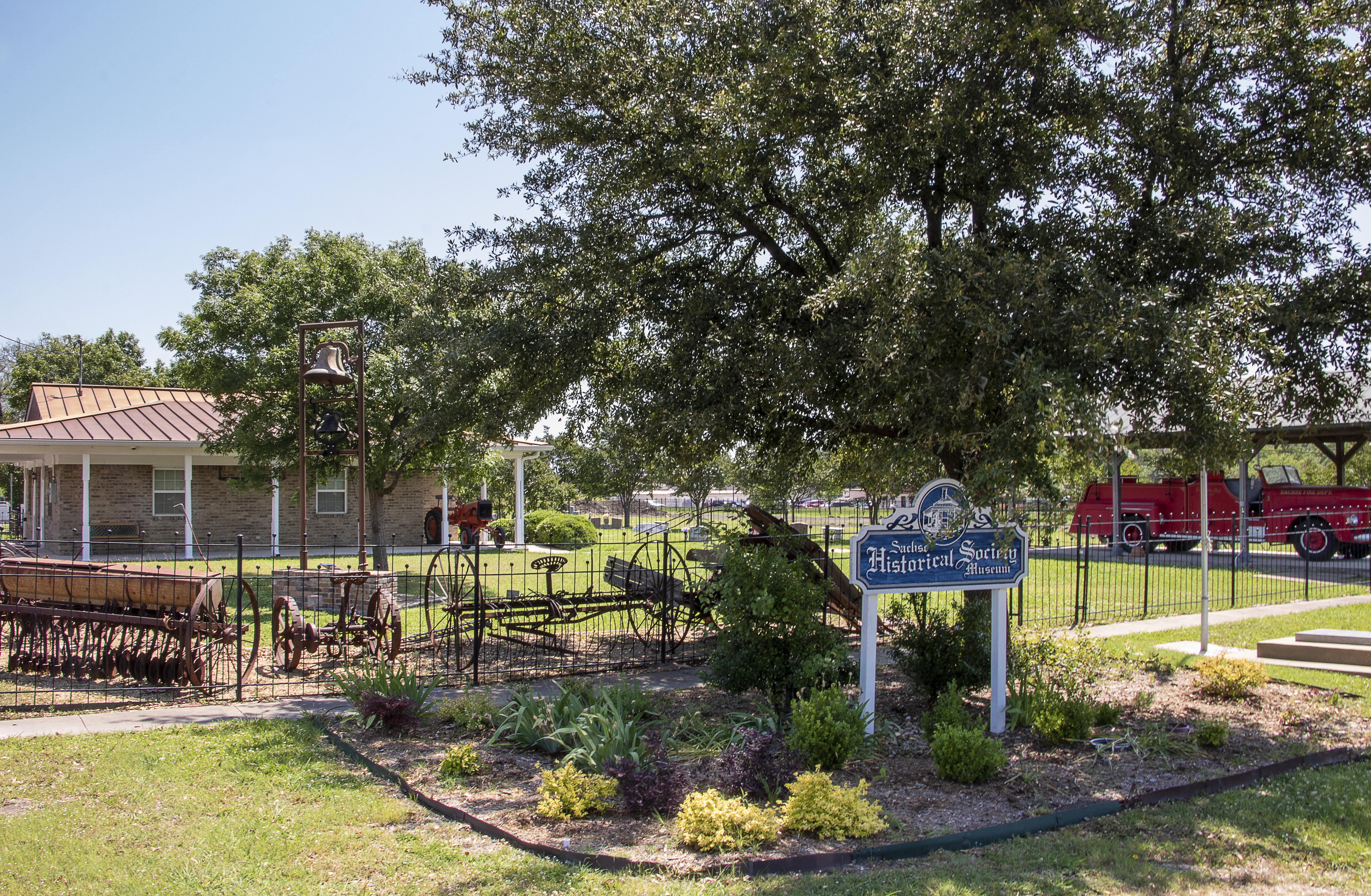 The Sachse Historical Society (SHS) is located on the site of the third city hall for Sachse, Texas in the remaining building that housed the police department and next to the historical Sachse Cemetery.  The museum contains numerous artifacts, documents, photographs on the history of Sachse, Texas from the 1800s to present day.

The artifacts consist of early farming implements used by the early Sachse residents consisting of plows, farm tools and other items associated with farming in the late 19th and early 20th centuries including a working Allis-Chalmers farm tractor. The displays inside the museum contain many of the household items used by the early pioneer residents of Sachse consisting of dishes, clothing, children’s items, and numerous photographs and writings.

The museum displays the first fire truck used by the Sachse Volunteer Fire Department along with the siren used to summon the volunteer firefighters to emergencies in the town. In addition, the Sachse Historical Society maintains the Sachse Caboose which serves as a city landmark recognizing the influence of the railroad in the early history of Sachse, Texas.

The Sachse Historical Society (SHS) and its museum is operated and managed by volunteers who receive, maintain, restore, and preserve all the historical items. The SHS is a non-profit (IRS 501(c)(3) Texas corporation which receives 100% of its operational funding from memberships and donations from people in the community. No government funds are received to operate the SHS Museum.

10 am to 1pm, Tuesdays only; or by appointment