The Somali Museum of Minnesota

This is North America’s only Somali Museum; it is found in Minnesota, MN. This site focuses on Somali history, culture, and art, both authentic and from the diaspora. The museum is the first of its kind outside of Somalia. The purpose of the Somali Museum is to educate and serve as a physical example of how life in Somalia was. This museum contains physical examples of artifacts that embody the undocumented history of both the diaspora and the country. The name of the country, Somalia, is derived from the words “soo” and “maal,” which translates to “go milk.” Somalia has a rich history of pastoralism. Because of this, Somali orthography is reasonably young. Poetry and stories were passed down verbally and through families and clan systems. Some notable pieces are the “Aqaal Somali” or nomadic houses, and the contemporary art made by artists from the Twin Cities. The museum also supports local artists that specialize in Somali art. As the Somali diaspora is spread through different continents, the history remains the same. The objective of this museum is to document and celebrate the history and culture of Somalia. 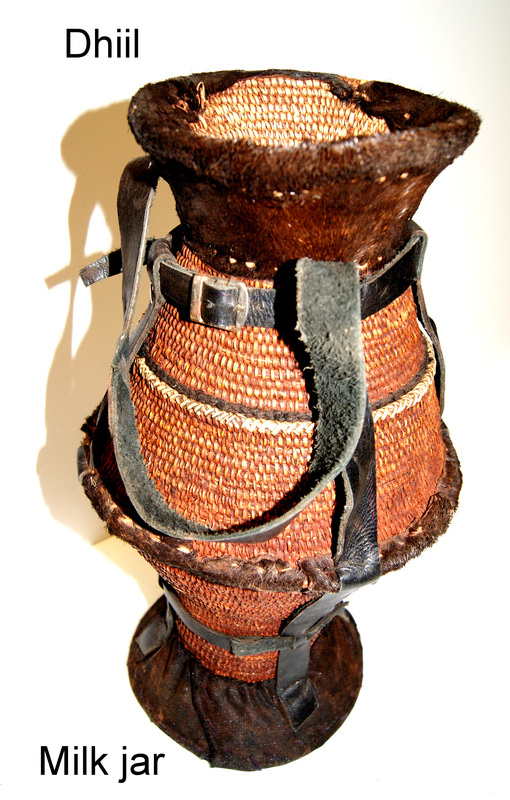 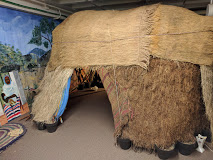 To some, “Somalia stands as a critically failed nation” (C. Besteman), and to others, Somalia is known to be a “Nation of Poets.” Depending on which lens you view Somalia through, your opinion of it can change. This country, as young as it is, has been devastated by multiple wars and harsh-unforgiving environments. Not many people know the pre-civil war history. Due to this and other factors, a lot of Somali history is undocumented. The focus was never on written documentation of what was going on; instead, it was on survival. Some stories and tales have been orally passed down, as the language of Somali was not officially created until 1973. Much of Somalia was a nomadic society, with a segmentary lineage system, otherwise known as clans. These clans passed down their histories within each other and had travelers coming into the area document it in their respective languages. Eventually, once an orthography was developed, some of the stories were preserved. The Somali Museum in Minnesota has artifacts that embody some of the histories that were never written down. The museum has pieces that were used in day-to-day settings and has art pieces created by Somali artists.

The museum's location makes sense, as the Twin Cities have the largest population of the Somali Diaspora in North America. Somali immigrants were issued visas into the country in other states before they were welcomed there Somalis began to gravitate towards the Twin Cities area due to the types of jobs that required little no education and the welcoming environment. As the vast majority of Somali refugees were leaving war-torn countries and regions, their education levels were limited to what they were taught in refugee camps. Word of mouth spread and more and more Somalis flocked to Minneapolis to work in an accessible environment.

As of the 2016 census, there were around 74,000 Somalis in Minnesota. There are thousands more today. Because of this population, it was appropriate for North America’s first Somali museum to be located in this city. Before this museum, there was one located in Mogadishu. Due to the civil war and political unrest, the museum was destroyed. To re-establish a sense of understanding of the culture and history, the Minnesota Museum’s owner, Osman Ali, began collecting artifacts and art. Eventually, he had enough pieces to create a moving exhibit, through efforts from Ali and the Somali community, they had collected enough art and historical artifacts to establish a museum. The Somali Museum has this collection of close to 700 artifacts, art, and cultural pieces that can be transported for workshops and events. The goal of this museum is to highlight Somalia's rich history and the growth of the Somali diaspora.

In 2009 Osman Ali began collecting artifacts of his native Somalia’s traditional nomadic culture. Ali traveled between Somalia and Minnesota, gathering and sharing the artifacts he found. He presented them at different community spaces and gave presentations of the said collection at schools and centers. Due to his efforts being noticed, more and more people began to contribute to the collection. Once the collection grew, it needed space for it to be displayed. That is when the Somali Museum of Minnesota was established. The collection continues to grow and also includes pieces that have been donated to the museum by families and artists in Somalia and abroad. The types of artists range from weavers, poets, painters, story-tellers, and traditional dancers. The museum also has a traveling exhibit that teaches the audience about the historic significance, craftsmanship, and use of the artifacts.

The relationship between immigrant communities and museums is exciting. As children of, and first-generation immigrants are faced with a difficult task of finding the balance of allowing themselves to remember and celebrate their heritage within their new homes. It is an especially interesting dynamic with the museum in Minnesota as the founders and community members found ways to stay close to their roots while in a different continent. The museum allows for space where memory and remembrance of Somalia and its history are encouraged; artists are also provided with a space to express themselves as Somali-Americans.

“How Did the Twin Cities Become a Hub for Somali Immigrants? - StarTribune.Com,” accessed April 14, 2020, https://www.startribune.com/how-did-the-twin-cities-become-a-hub-for-somali-immigrants/510139341/.

Alfredo González-Ruibal & Jorge de Torres (2018) The fair and the sanctuary:

Lewis, I. M. A Pastoral Democracy; a Study of Pastoralism and Politics among the Northern Somali of the Horn of Africa. London, New York: Published for the International African Institute by the Oxford UP, 1967. Print.