Indianapolis Athletic Club Logo on a 1924 Souvenir Book, from magazine ad (Indianapolis Chamber of Commerce May 1924) 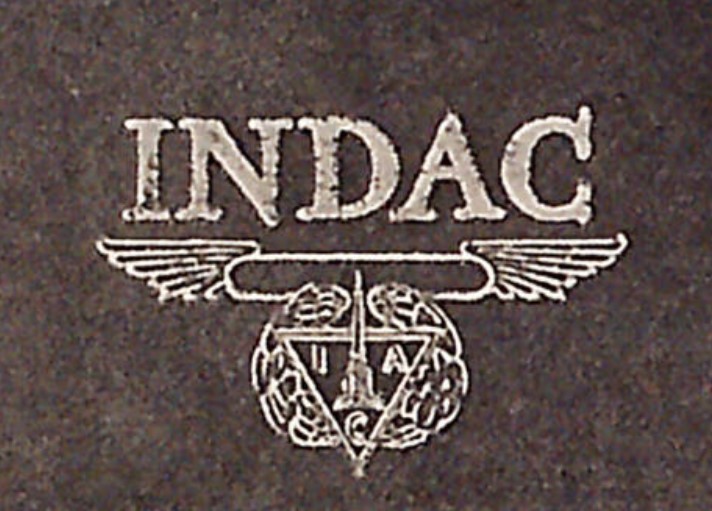 Cover of 1924 souvenir book from magazine ad by publisher, Enquirer Printing (Indianapolis Chamber of Commerce May 1924) 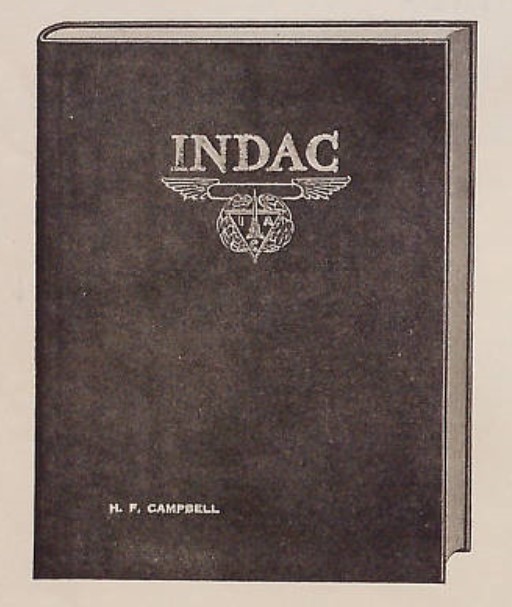 The Indianapolis Athletic Club Building Committee, under Harry Stutz, selected Indiana architect Robert Frost Daggett to design a building that would combine the features of the finest athletic clubs in the country. The contractor was the Bedford Stone and Construction Company. L.S. Ayres and Co. supplied the furnishings, general equipment, and decoration. Most of the building materials -- including brick, stone, gravel, walnut and oak -- were locally sourced.

The site chosen for the Indianapolis Athletic Club building contained the "old Fahnley residence" which was demolished in early 1922. The cornerstone for the IAC building was laid on May 22nd. Opening day was in January of 1924. The club had a special edition of the club magazine, INDAC, published in book form as a souvenir for club members, with a green leather-bound cover personalized with the member's name in gold. The publicity chairman ordered 2,500 copies to be delivered. Perhaps the souvenirs are included in the reported cost for the building of $1.5 million, as mentioned in a local magazine in 1923.

The main entrance features a bronze and limestone doorway surround modeled on the main entry to the Venice Palace in Rome, designed in 1472 and still standing. The centrally located doorway occupies the central bay of the 13-bay-wide, 9-story structure. Pedimented windows on the first floor are on the outer three bays. The second and fourth bays on the fourth floor feature windows with arched surrounds. The brown brick structure's windows are surrounded with limestone details and the main facade is visually divided into four sections by decorative limestone courses above and below the third and ninth floors, below an overhanging roof.

A terrible fire that started in electrical wiring in a refrigerator on the third floor in 1992 resulted in two firemen and one resident losing their lives. A club officer wrote a letter to the State of Indiana in 1995 describing the structure's history and requesting that the building be listed in the Indiana Register.

The club's National Register nomination is not online, but the building was listed in 2015. The current condominium units range from 752 to 7400 square feet. Current listings range from about $215,000 for the 1 bedroom, 1 bath smaller units to $1.25 million for a 4 bedroom, 3-1/2 bath large unit at over 3,000 square feet plus four parking spaces.

Enquirer Printing and Publishing Company. A Bouquet from the Indianapolis News. Advertisement. Activities of Indianapolis Chamber of Commerce 38(2). May 1st 1924. 2 - 2.