This historic mansion was completed in 1866 and was one of the most iconic residents along Cleveland's Millionaire's Row. The home of a wealthy telegraph company superintendent, the Stager Beckwith Mansion suffered the fate of many other homes on Euclid Avenue and was in disrepair. Following a $10 million renovation project, the mansion is now home to the Children's Museum of Cleveland. So many adults have wanted to see this 19th-century mansion that the museum allows adults to visit for special history-themed tours on Thursdays.

The mansion is a children's museum in the present day! 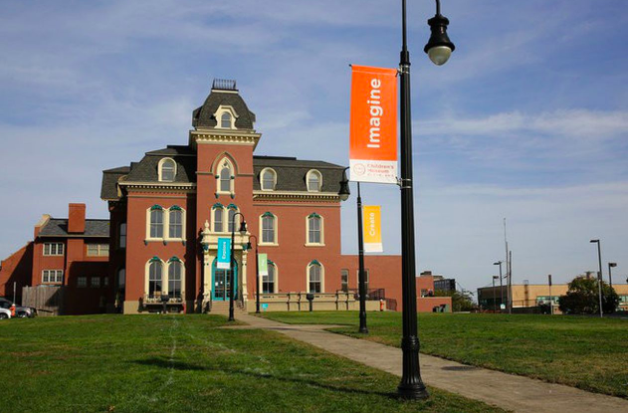 Since 2017 at the Children's Museum of Cleveland, play and learning have combined in the form of a multi-story building dedicated to educating young people. With brightly - colored interactive exhibits that range from a doll house section to an art room, it might seem an odd contrast at first to think that this building has been around since 1866, and that it was built for a man who aided communications in the Union army during the Civil War.

Anson Stager was the general superintendent of the West Union Telegraph Company when the Civil War broke out, and he was asked by General George B. McClellan to create a cipher that the Confederacy wouldn't break during the war. He was very successful, and his code is remembered as the "most effective" used during the war. It was a closely-guarded secret to the extent that at one point, an operator refused to give up the code even when necessary, and at the request of Ulysses S. Grant himself. This, unsurprisingly, caused some irritation on the part of the Union's Commanding General.

The Stager-Beckwith is one of four houses still remaining of 'Millionaire's Row', which used to be a section of about 250 mansions extending down Euclid Avenue. Though he was the one to have it constructed, Anson Stager himself only lived there for two years. After this time, it was bought by a Thomas Beckwith, then Charles Bush. In 1913, the mansion was converted into the University Club, an invite-only elite social club that provided networking and leisure for its upper-class male members. The University Club made many additions to the mansion, which included adding a grand ballroom and squash courts.

The Traditional Gentleman's Club and Its Etiquette , The Timeless Gentleman. June 6th 2019. Accessed May 14th 2020. http://www.thetimelessgentleman.com/the-traditional-gentlemens-club-and-its-etiquette/.

Your Guide to the Cleveland Children's Museum - Including Video Tour!, Northeast Ohio Family Fun . May 1st 2020. Accessed May 14th 2020. https://northeastohiofamilyfun.com/cleveland-childrens-museum/.