It's difficult to count the number of manufacturers that have called Newark home. An incredibly diverse array of industries have located here, producing everything from golf clubs to fireproof clothing. A few of these producers are on display in the museum, although it's just a small sampling of the companies that have called Newark and Licking County home.

These lawn mowers were made by the E.T. Rugg Company in Newark. 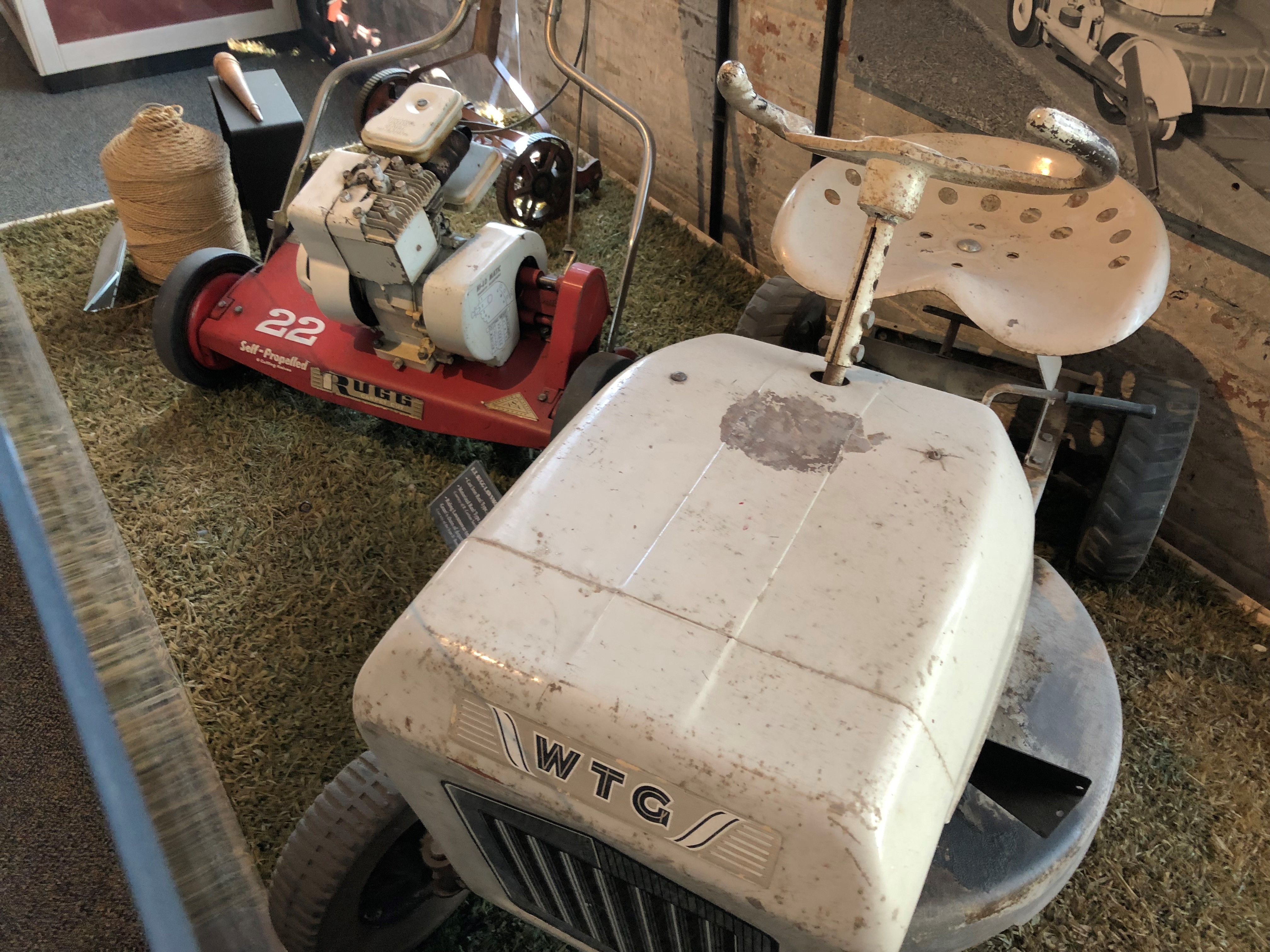 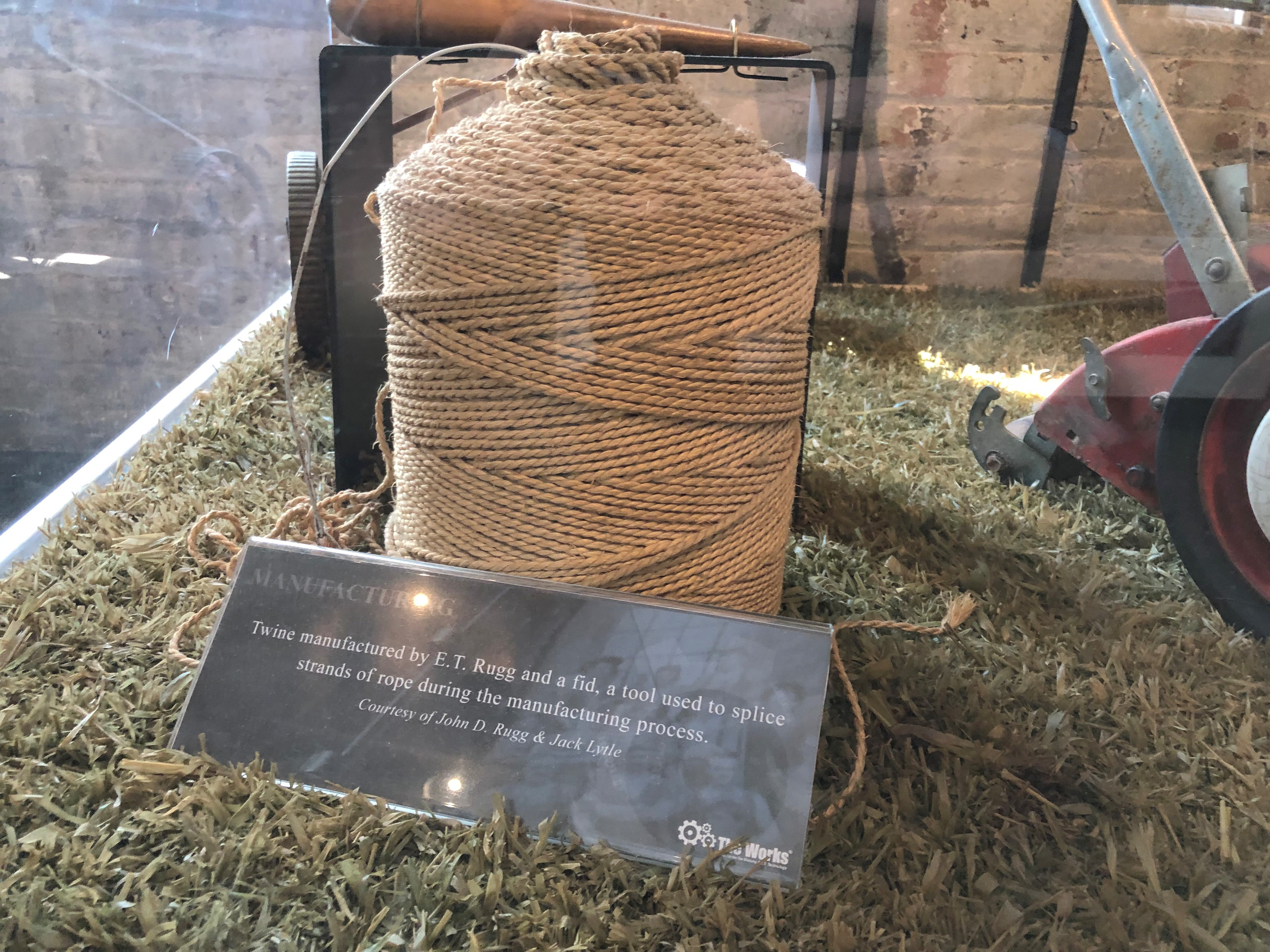 This fire-proof suit was manufactured by Fyrepel. It is made of aluminized glass cloth. 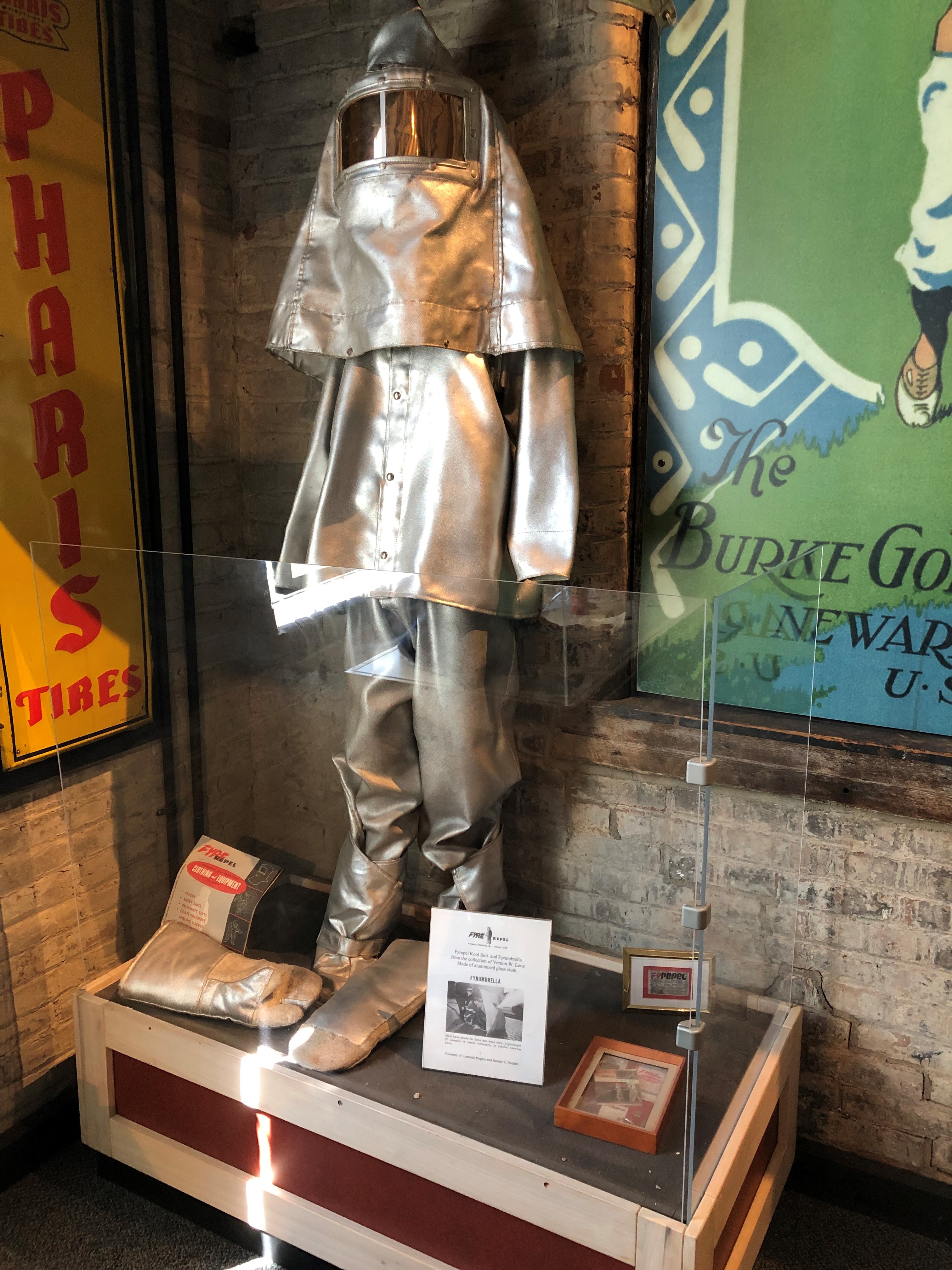 A variety of items from the Pharis Tire and Rubber Company, including a woman's uniform and ID badge. 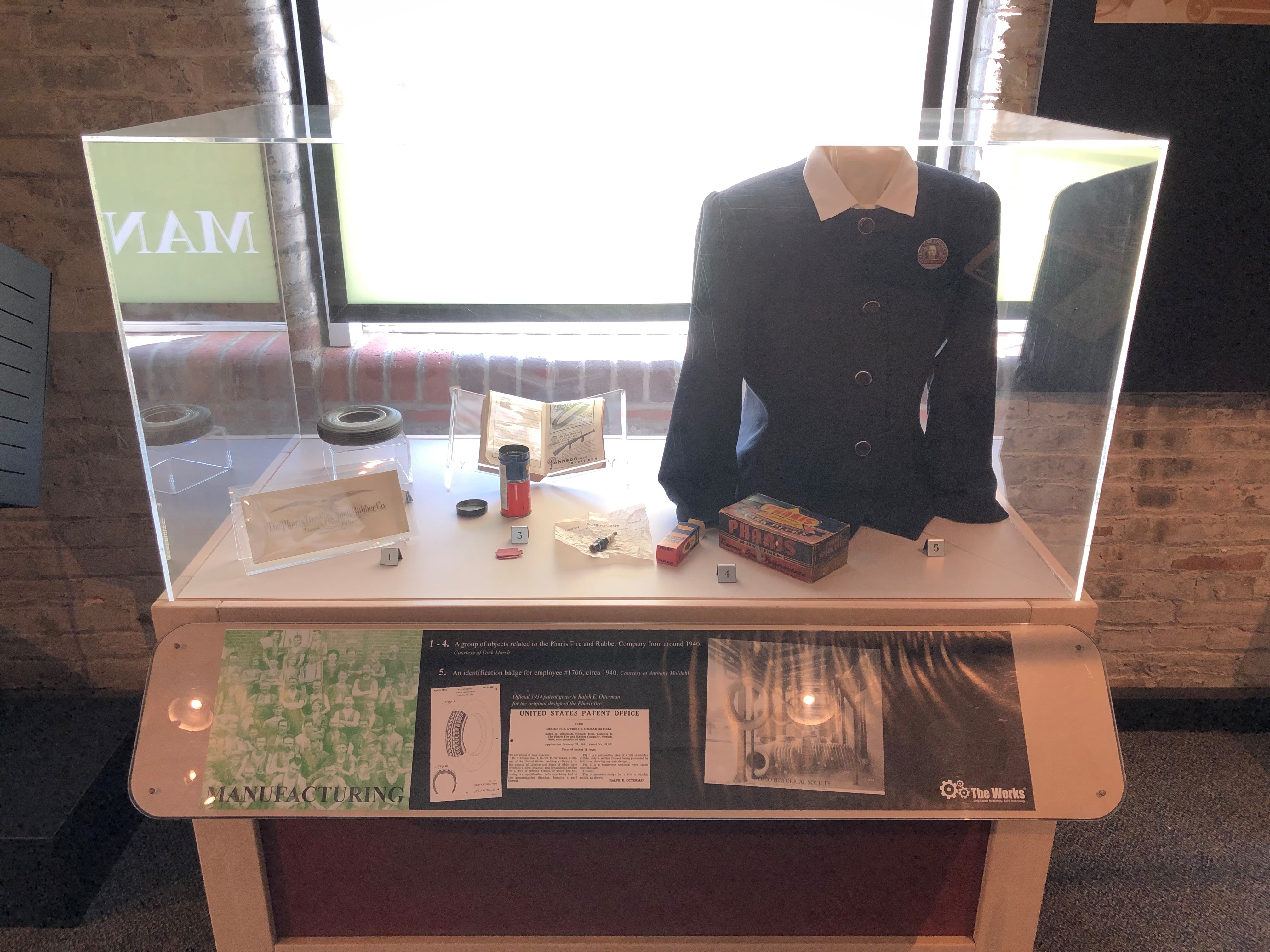 Ephraim, John, and Thomas Rugg founded the E.T. Rugg Company in Alexandria, Ohio, in 1883. Their factory, ten miles west of Newark, had rope walks, or looms, to weave their rope products. The Newark Board of Trade enticed the company to move to Newark in April 1900 with a $2,500 bonus, free land, a larger factory, and access to a private railroad siding on the Baltimore and Ohio Railroad.

The firm produced rope, cord, and rope halters for horses. In 1915, the company nearly doubled its capacity by adding 20,000 square feet of additional factory space and new manufacturing equipment. By 1917, they employed approximately 125 men and 30 women. The company purchased the Hand Lawnmower Division of the Thomas Company in 1930.

During World War II, the E.T. Rugg Company couldn't manufacture rope since the principle fibers were unavailable from the Philippines during the Japanese occupation of the country. The War Production Board also closed the lawnmower division in 1942. Rugg's entire production at this time consisted of M-3 anti-personnel mines and artillery shells which they cast, machined, and sent to the Newark Stove Company for assembly. The plant, completely rebuilt and modernized during the war, continued to operate at capacity.

After the war, lawnmower production continued. Power mowers were added in 1949, and soon after, riding mowers began to be produced. The E.T. Rugg Company produced lawn mowers for Sears, Roebuck and Company, J.C. Penney, W.T. Grant, and other retailers. They also marketed lawn mowers under their own label. By 1958, the company had produced over one million mowers.

In 1964-1965, officials sold the Cordage Division because of declining market demand. In 1968, the E.T. Rugg Company, employing 300 workers in a 140,000 square foot plant, merged with Mid-Con. Incorporated of Columbus. In 1973, the new corporation closed the newark plant as a tax write-off.

Carl Pharis founded the Pharis Tire and Rubber Company in Newark in 1910. He purchased the former Simpson Soap Factory on West Main Street. The company produced tires and tubes for trucks, automobiles, and bicycles. With the Western Auto Corporation as its largest customer, the Pharis Tire and Rubber Company became one of the largest tire producers in the world. It also made bicycle tires for the Schwinn and the Murray companies.

During World War II, Pharis Tire made inflatable rubber lift bags for disabled planes. With the supply of raw rubber diminished by Japanese occupation in the Pacific, the government built the company new facilities to enable them to produce tires made from reclaimed rubber. In 1946, Pharis expanded operations by purchasing the Carlisle Rubber Company in Pennsylvania. Two years later, however, in the midst of a strike, Pharis decided to quit the tire manufacturing business. The tire molds and the Pharis name were sold to the Mansfield Rubber Company.

Fyrepel Products, Inc. was founded in Newark in 1948. The company produced fireproof products, such as suits and fire shields, made of aluminized glass cloth. The business grew and occupied a location on Buckeye Street. By the 1970's, Fyrepel had more than 70 employees. During the 1980's, a sale to Lakeland Industries and a fluctuation in the workforce led to hard times for the manufacturer. The business closed in 1992.