Renamed the Central Correctional Institution in 1965, and known as such until its demolition in 1999, the South Carolina Penitentiary was where 14-year-old George Stinney Jr. took his last steps. Stinney had been wrongfully accused of murdering two young white girls after a witness claimed he was the last person to see the girls alive. He was sentenced to death by electric chair. Stinney was a victim of white violence, just like Trayvon Martin, Michael Brown Jr., Tamir Rice and Emmett Till. It took the state of South Carolina just 10 minutes to convict him, but 70 years to exonerate him. George Stinney Jr. remains the youngest person to be executed by the United States government in modern times.

1932 aerial view of the South Carolina State Penitentiary, demolished in 1999 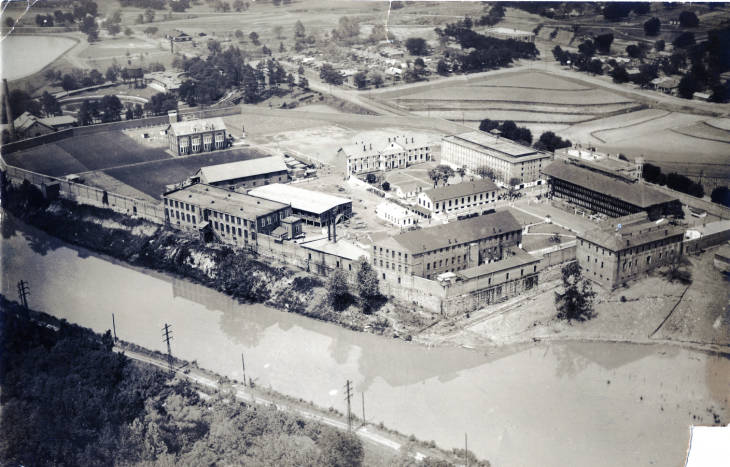 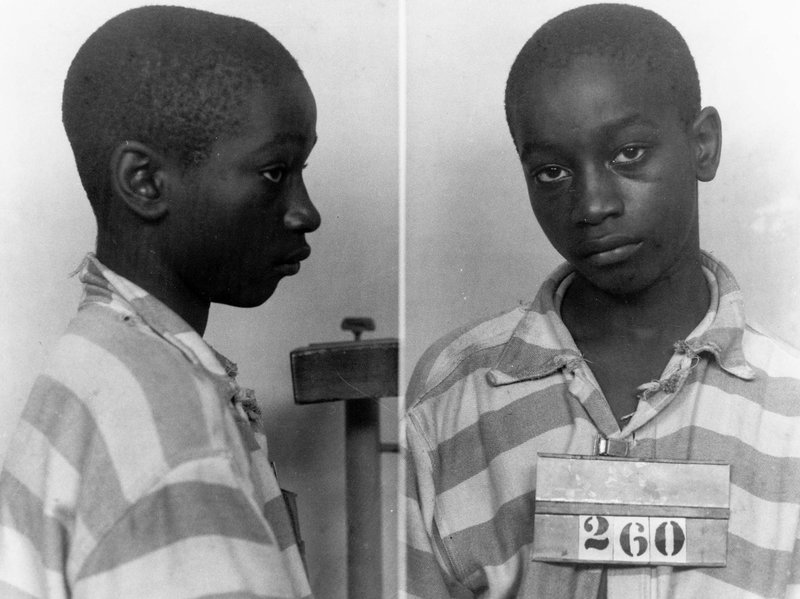 On Saturday, March 25, 1944, in Alcolu, South Carolina, eleven-year-old Betty June Binnicker and eight-year-old Mary Emma Thames were discovered dead at the edge of the woods, near the railroad tracks, at the bottom of a ditch, partially submerged in muddy runoff water. They had been bludgeoned to death.

At the time, fourteen-year-old George Stinney, Jr. lived with his parents and four siblings in a three-room house southeast from the tracks, where Alcolu’s Black residents lived. Whites resided on the other side of the tracks. On the afternoon of March 24, Stinney and his younger sister, Amie, were tending to the family cow in a clearing between their house and the railroad tracks. The girls had been riding by and stopped to ask the Stinney children the whereabouts of wildflowers. They didn’t know and the girls rode off. The Stinney children were said to have been the last ones to see the girls alive.

For that, Stinney became a suspect and was arrested hours after the bodies of the girls were discovered. Stinney’s father was fired from the mill immediately and the family was forced to leave Alcolu after being evicted from their home. Meanwhile, Stinney was placed on trial on April 24, only a month later, ruling out the possibility of outside interference, especially the National Association for the Advancement of Colored People (NAACP).

Stinney was appointed a tax attorney to lead his defense. The prosecution’s witnesses weren’t cross-examined, witnesses weren’t called on Stinney’s behalf, and an appeal wasn’t made. The all-white jury returned with a guilty verdict in ten minutes. Stinney’s family couldn’t visit or support him because they feared for their safety. He was held on death row in the South Carolina Penitentiary, (now Columbia’s Central Corrections Institution).

On the morning of Friday, June 16, 1944, George Stinney, Jr. took his final steps at 7:30. His prison uniform hung loosely from his ninety-five-pound body. He carried a Bible underneath his arm, given to him by another inmate. At just over five feet tall, Stinney’s feet hovered over the floor as the adult-sized mask was placed on his head. Stinney violently convulsed from 2,400 electricity volts surging through his body.

The mask fell off, exposing his tear-stained face. He was declared dead after two additional charges, making him the youngest person executed by the United States government in the 20th century. The Stinney family remained afraid of the hostility around South Carolina and decided to bury their George in an unmarked grave where they felt he would be safe from the community and allowed to rest in peace.

Stinney’s initial trial and lack of evidence, and the rate at which he was convicted showed how a young Black boy was railroaded by an all-white justice system. His case haunted civil rights advocates for years but only gained new attention when George Frierson, a historian and member of a local school board, began studying it a couple years ago. Later on, a statement was issued by Stinney’s former cellmate, Wilford Hunter, saying Stinney never admitted to the charges: “I didn’t, didn’t do it—why would they kill me for something I didn’t do?”.

By 2009, new information on Stinney’s case began to surface. His family maintained that his confession was coerced, and he had an alibi, his sister, who was never heard. His family released a statement saying, they fled their home once Stinney was convicted, and they never came forward because they were terrified. They had believed it wasn’t about George, what happened to him could happen to any one of them, and so they left all alone. Early 2014, seventy years after Stinney’s execution, the case had garnered even more attention and his family insisted on a new trial.

Circuit Judge Carmen Mullen heard testimonies given by Stinney’s siblings, a witness from the search party who had found the bodies, and a child forensic psychiatrist who challenged Stinney’s confession. It was coerced, compliant, unreliable and false. Although, there were people who still argued that Stinney was guilty and his confession was truthful—such as James Gamble, whose father was the Sheriff at the time.

But that didn’t stop the new trial from progressing. Stinney’s family and other advocates were clear about receiving a vacation, not a pardon. A “writ of coram nobis”, meaning the State admits that it made mistakes, specifically, Stinney’s conviction and execution were wrongful. There was no written record of a confession, and the defense called little to no witnesses. Stinney’s conviction was vacated December that year by Mullen, who felt she had no choice: “I can think of no greater injustice than the violation of one’s Constitutional rights, which has been proven to me in this case.”

But regardless, Stinney’s case is just a small part of a larger problematic framework, the American justice system. Even though he has been exonerated, Stinney remains guilty of a different crime; being a Black boy in the Jim Crow South, and in America. Throughout U.S. history, Black youth has been constructed as singularly dangerous, morally inferior, or not worth the practical resources and effort to save. These constructions are behind Black male punishment disparity today. These mechanisms are symptoms of the same institutionalized racism that cut not just Stinney’s life short, but the lives of countless Black boys, including Trayvon Martin, Michael Brown Jr., Tamir Rice, and Emmett Till.

Bever, Lindsey. "It Took 10 Minutes to Convict 14-Year-Old George Stinney Jr. It Took 70 Years after His Execution to Exonerate Him." The Washington Post. December 18th 2014. .