At the end of the nineteenth and into the twentieth century, Licking County became the location for an even larger variety of manufacturers and industries. One of these was the Pure Oil Company.The Pure Oil Company was a major employer and operated the Heath Refinery, which gave its name to Heath, Ohio.

Pure Oil produced many promotional materials over the years and was a widely known brand. In the 1960's, Pure was ranked among the 100 largest industrial corporations in the United States. 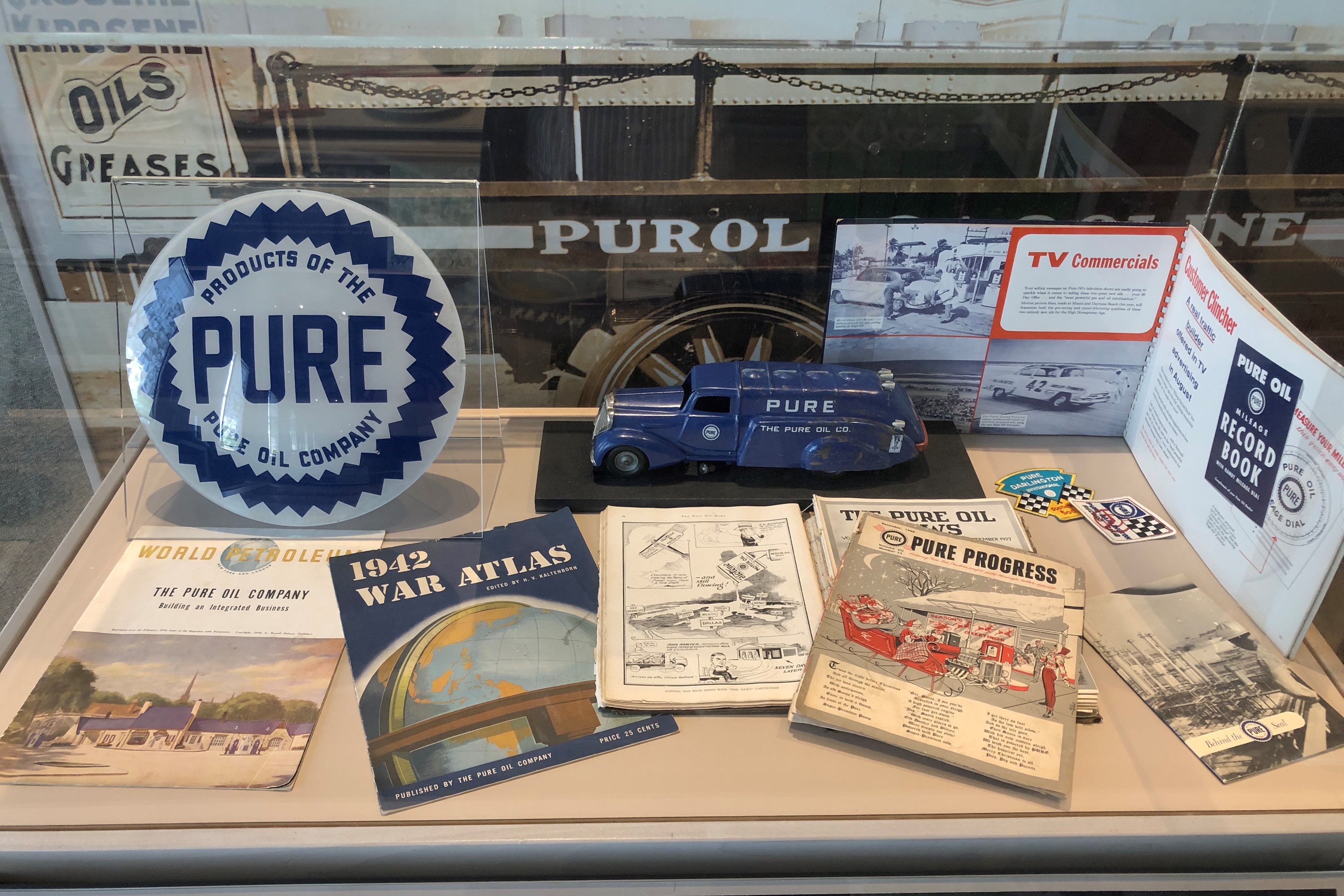 After the Federal Interstate Highway Act of 1956, the trucking industry took off. Pure operated two popular truck stops in the area. Dishes, ashtrays, and other items were branded for use at those stops. 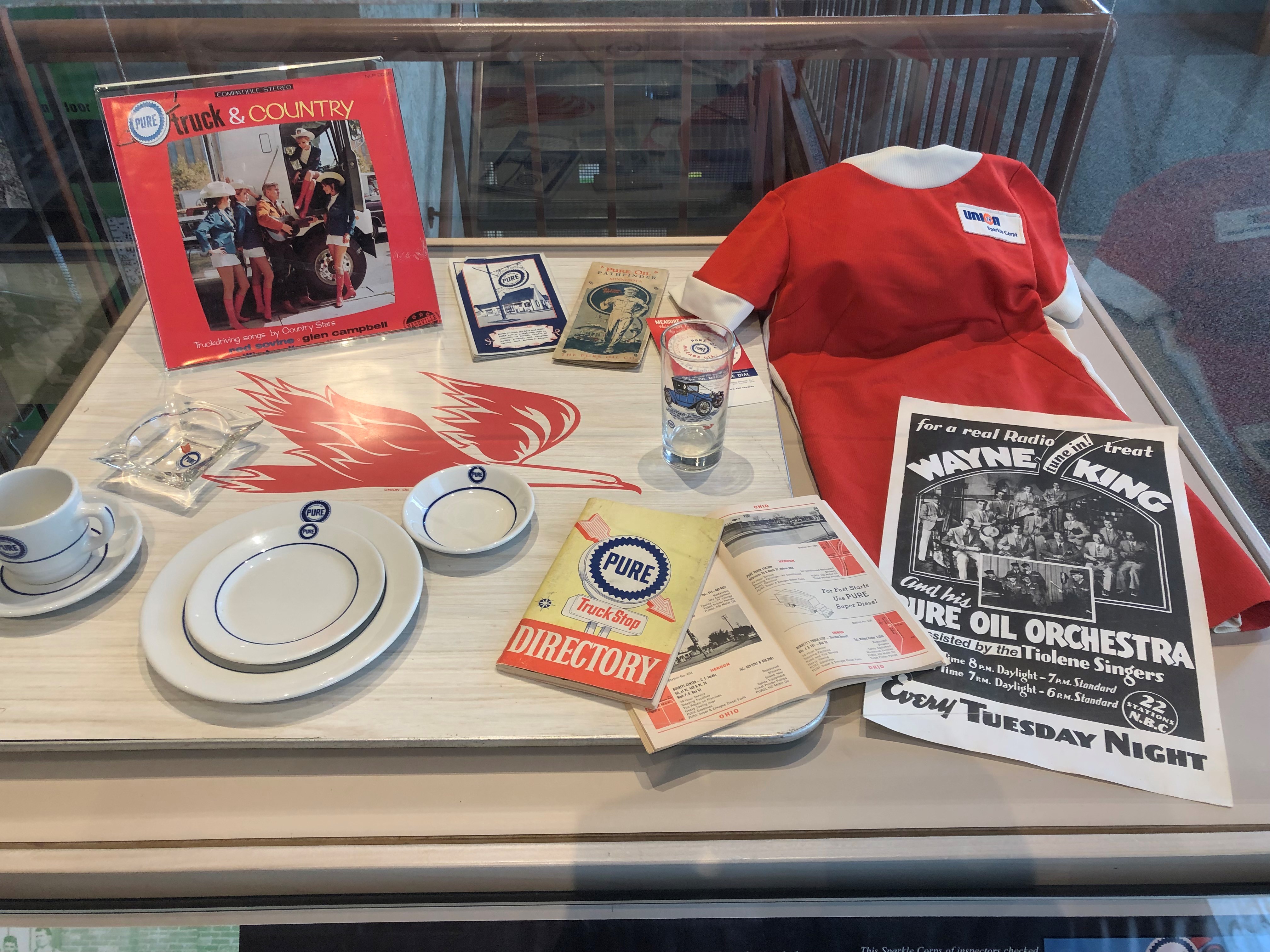 Marketing was a huge factor of Pure's success. From a very recognizable logo, to printed promotional items, to its characteristic English cottage gas stations, Pure was a widely known brand. 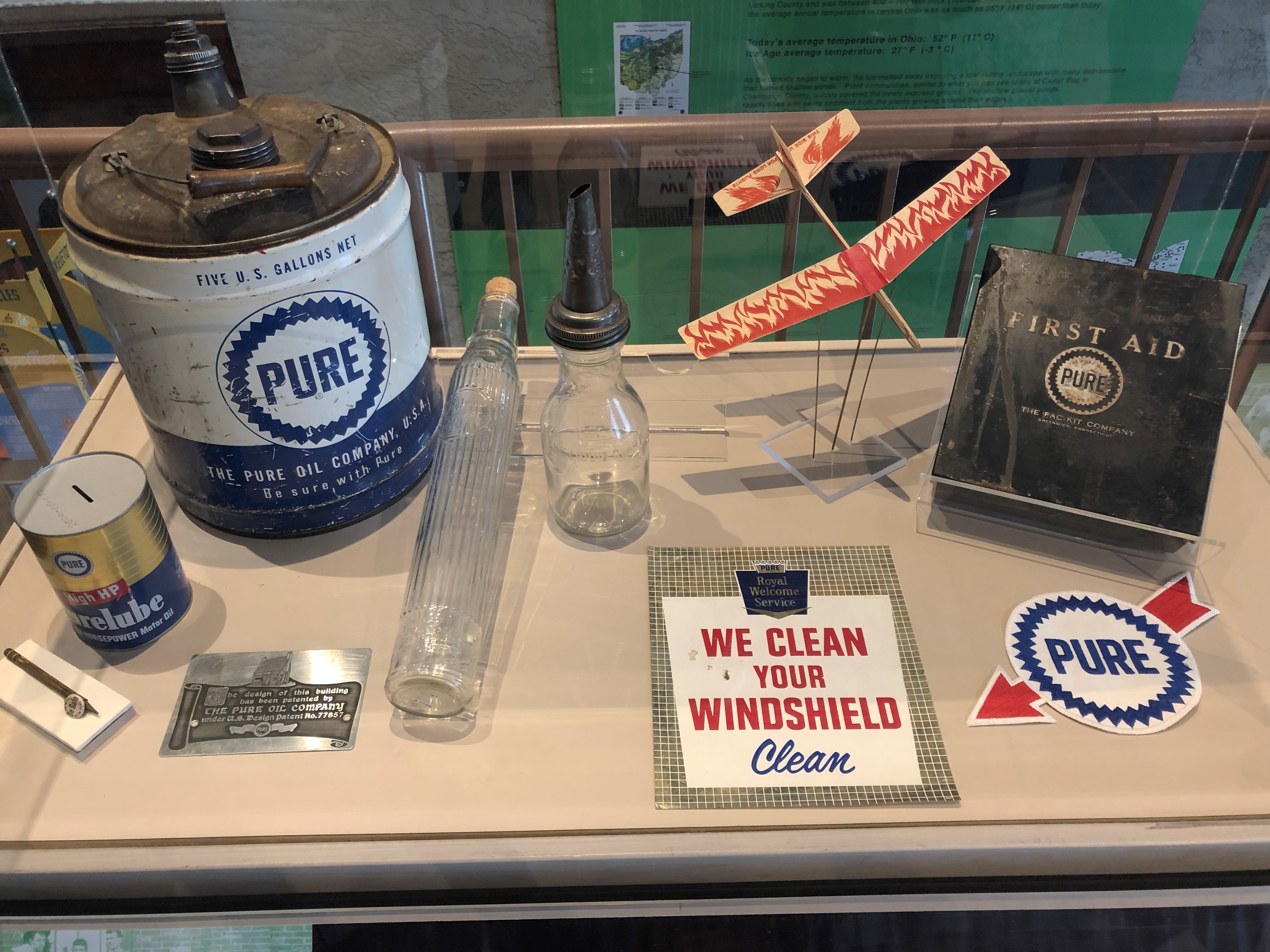 This style of gas pump was used by service stations beginning in 1936. The blue and white colors make it easily recognizable as a Pure pump. 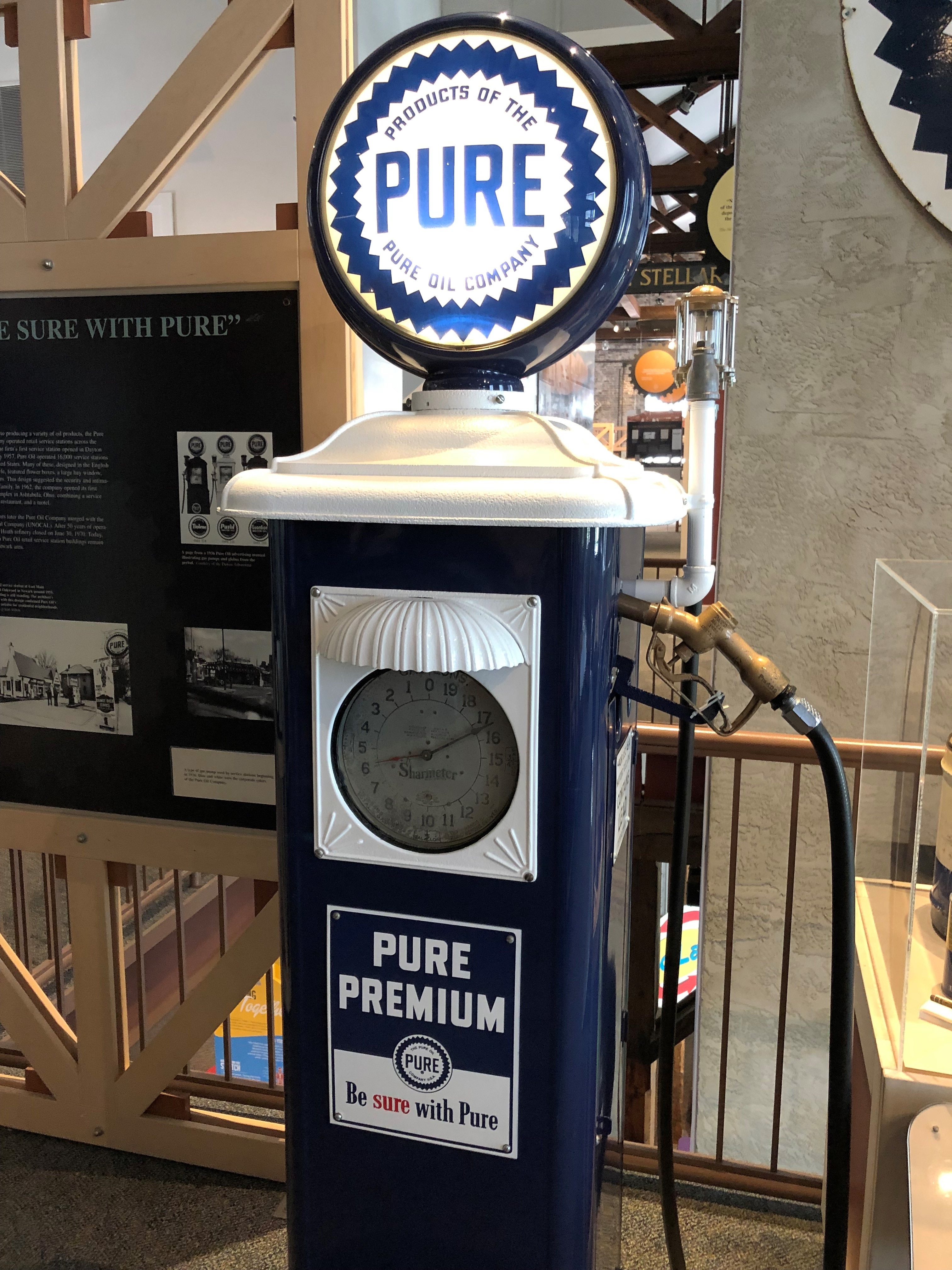 The Pure Oil Company operated an oil refinery in Heath for 50 years and employed hundreds of local residents. The origin of this company dates to 1895 in New Jersey. Intended to compete with Standard Oil, the Pure Oil Company organized independents into a group.

Beman Dawes and Fletcher Heath formed the Ohio Cities Gas Company in 1914. They took over a group of independent firms which supplied natural gas to Columbus, Dayton, and Springfield. In 1917, this company purchased the Pure Oil Company of New Jersey and four or five other independents. The new organization established its first refinery at Cabin Creek, West Virginia.

On March 1, 1920, the Pure Oil Company opened the Heath Refinery, which had a capacity of 7,500 barrels per day. E.H. Everett sold the land, located adjacent to the Baltimore and Ohio, the New York Central, and the Pennsylvania railroads for the firm's refinery. The refinery piped in crude oil from Ohio, Illinois, and other places. This oil was processed into gasoline, kerosene, furnace and fuel oils, diesel fuel, and other products.

By 1924, the Pure Oil Company owned valuable oil property in Oklahoma, and Beman Dawes retired as president and CEO of the firm in favor of his brother Henry. By the early 1950's, the Heath Refinery employed 250 workers. The facility was only one of five refineries operated by the company. Daily capacity increased to 15,500 barrels per day on average at the Heath Refinery alone. At this time, the Pure Oil Company operated 5,500 oil and gas wells pumping 25 million barrels per year in 16 states, plus 40 off-shore drilling operations.

In addition to producing a variety of oil products, the Pure Oil Company operated retail service stations across the country. The company's first service station opened in Dayton in 1918. By 1957, Pure Oil operated 16,000 service stations in the United States. Many of these, designed in the English cottage style, featured flower boxes, a large bay window, and shutters. This design suggested the security and intimacy of the family. In 1962, the company opened its first tourist complex in Ashtabula, Ohio, combining a service station, a restaurant, and a motel.