Built around 1910 for the family of businessman Samuel Mather, this building on the Cleveland State campus is one of the last remaining mansions from the city's historic Millionaire's Row. At its peak in the Gilded Age, the wealthiest families of Cleveland were concentrated in this neighborhood which was home to nearly 250 mansions that were centered around Euclid Avenue. While many other properties came close to the opulence of Mather Mansion, this was the most expensive home in the city of Cleveland during the time at which it was constructed. Mather constructed the mansion while many other wealthy families were leaving the city center. He also used his considerable wealth to fund the creation of the city's community chest.

A painting of Mather Mansion in its younger years 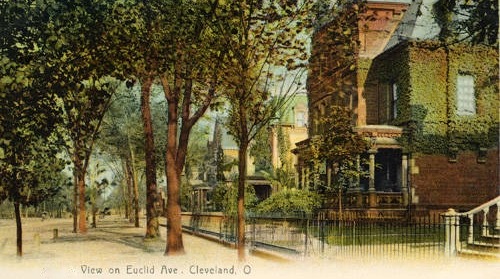 The grand staircase in Mather Mansion 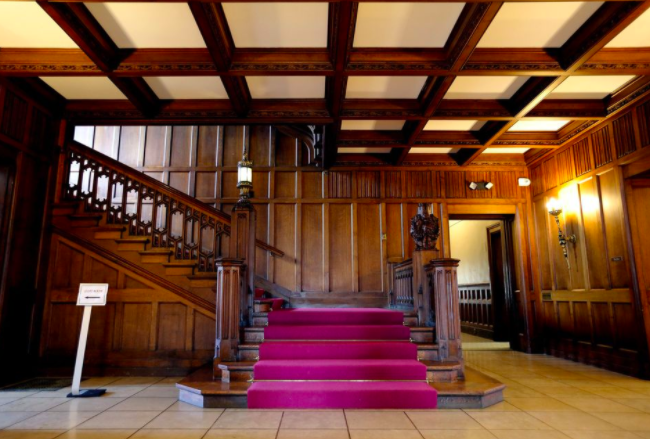 Mather Mansion was the largest house of the original 'Millionaire's Row': a set of mansions that sprawled down Euclid avenue from the mid to late 19th century until they began to be torn down in the early to mid-20th century. It was built in 1910 and would have rivaled even the other wealthy homes that showed off Cleveland's wealth: In addition to being the largest, it was also the most expensive home in the city during the time that it was built.

The mansion was built for Samuel Mather, a wealthy businessman and philanthropist who owned Pickands, Mather and Company, a transporter of iron ore. Mather's financial contributions to Cleveland were numerous, including the creation and funding of the city's community chest which aided a variety of humanitarian organizations and public services for the city. Today, the community chest has transformed into United Way Services of Cleveland. One source states that even Mather Mansion itself was part of a plan for Cleveland, an initiative by Mather to start a return of the city's wealthy to Millionaire's Row when many were leaving the city core and some of the larger homes were being repurposed.

Mather Mansion features the Tudor Revival Gothic style of architecture and has three stories and 43 rooms. From an enormous fountain in the dining room, to a ballroom with a 16-foot ceiling that can hold over 300 people, it was the height of luxury at its time and was meant to be impressive and comfortable, down to the smallest details. Even the steps on the staircase are spaced closer together than is normal, so that women with enormous flowing gowns would not find it too difficult to ascend them.

Today, the mansion is currently used to hold several offices for Cleveland State University, but it is also used for college and community meetings, with meeting rooms that can be rented out. Its third floor - which contains the impressive ballroom - is not open to the public and is still under the process of being renovated.