Evergreen Cemetery is one of Broward County's oldest cemeteries. The cemetery was created between 1910 and 1911 by Ed T. King and his wife when the couple, who moved to Florida in 1895, set aside a few acres of the land they owned for the cemetery. The city purchased the land in 1917. Many of the city's founding families are buried in Evergreen Cemetery as are a number of Civil War veterans.

Evergreen Cemetery was established in 1910 or 1911 and is one of the oldest cemeteries in the county. 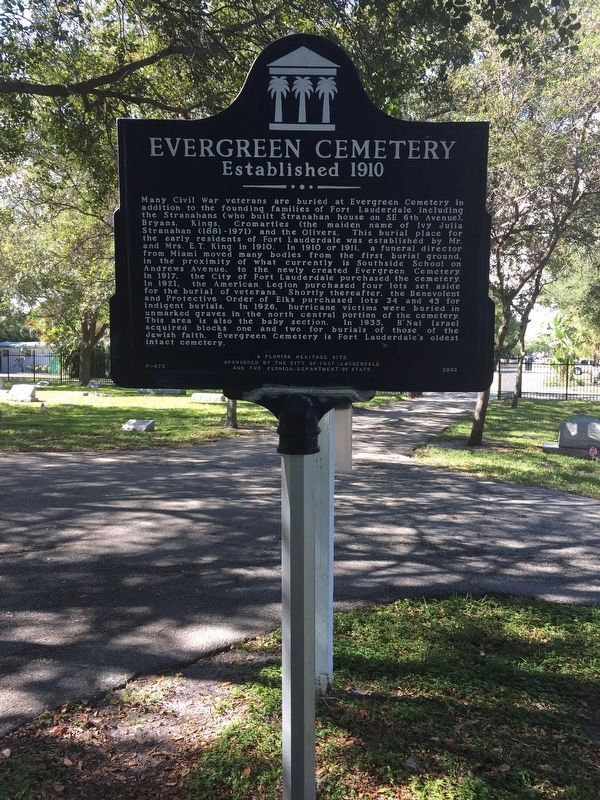 Among the prominent early families interned here are landowners such as the Cromarties, Stranahans, Kings, and the Bryans. When the cemetery was established, a funeral director exhumed the remains of other individuals and moved them here. After the city acquired the cemetery in 1917, it bought additional plots of land in the coming years; the size of the cemetery is now 11 acres. Over years, various organizations bought lots for burials including American legion, the Benevolent Order of Elks, and the B'Nai Israel synagogue. The cemetery overlooks Cliff Lake.