The Outhouse was a music venue in Lawrence that operated from 1985-1998. It hosted mostly punk bands, including Green Day, Nirvana, Black Flag, Circle Jerks, Social Distortion, and Body Count, to name a few. The concrete building was (and still is) located approximately 4 miles east of the city proper, on 15th Street. It’s remembered for its dilapidated state, its unique location, and its role as a bastion of the counterculture. The Outhouse served as a gathering place for the punk community in an area that was slow to accept them.

Before it was painted over in the early 90s, the inside and outside of the building were covered with graffiti. 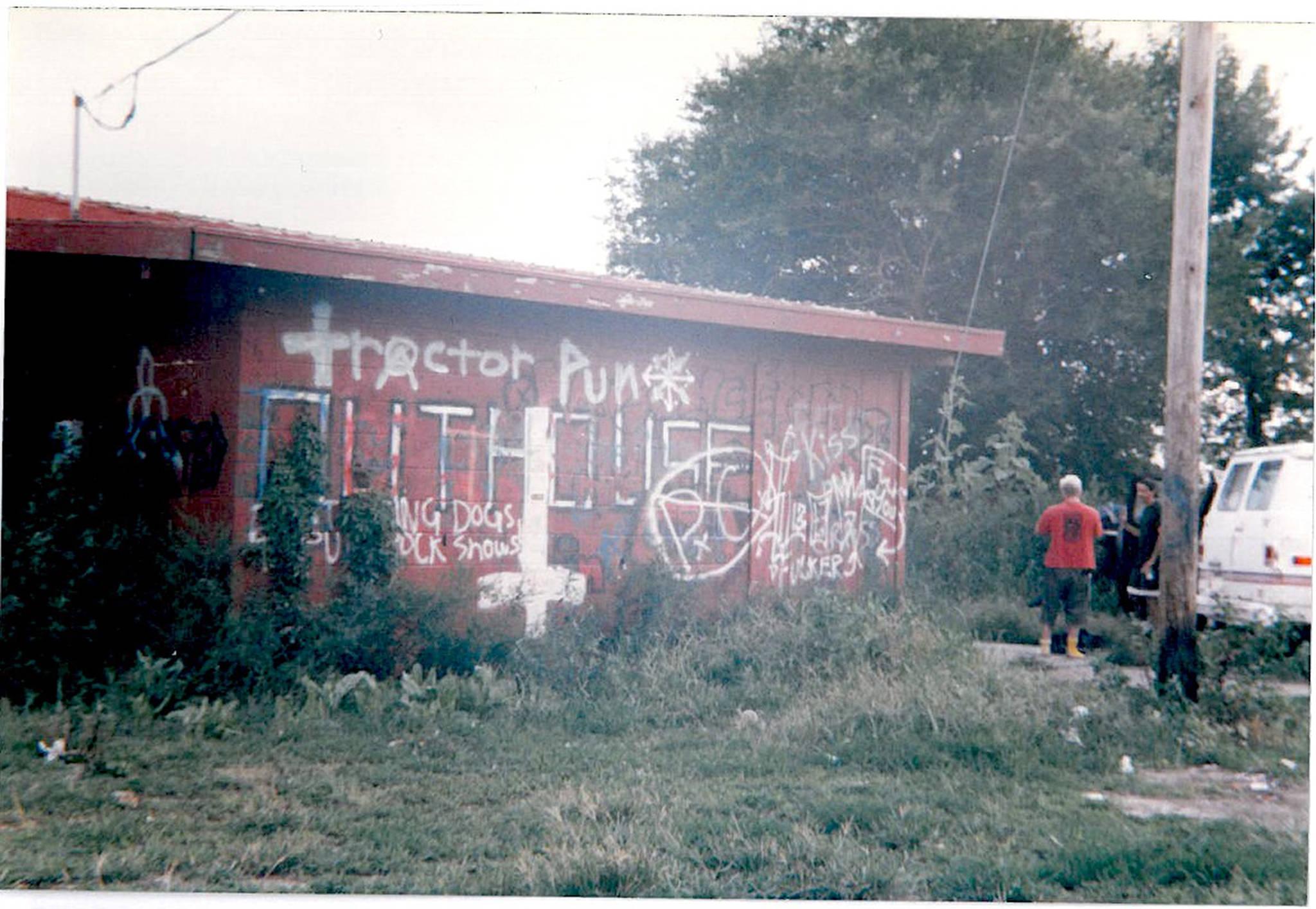 Director Brad Norman collected all the posters he could find for "The Outhouse: The Film." After the alcohol ban, all posters read "all ages" and "no alcohol." 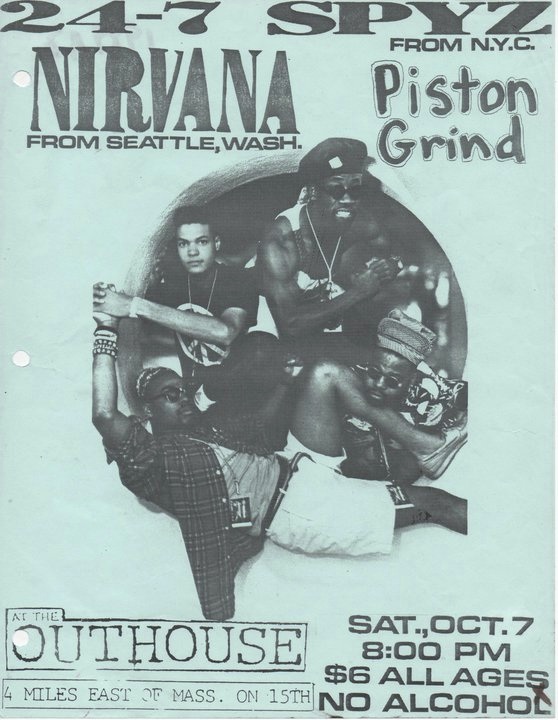 Sonic Youth played the Outhouse in 1986. 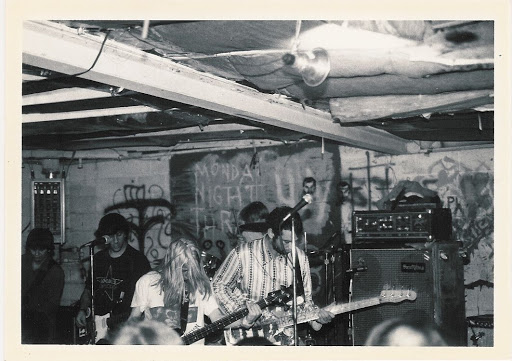 Pictured here is William S. Burroughs with his cat. The Beat Generation writer had a limited relationship with the venue, but was friendly with local musicians and promoters. He even wrote lyrics for The Micronotz debut album in 1982 and was featured on their last release in 1995. 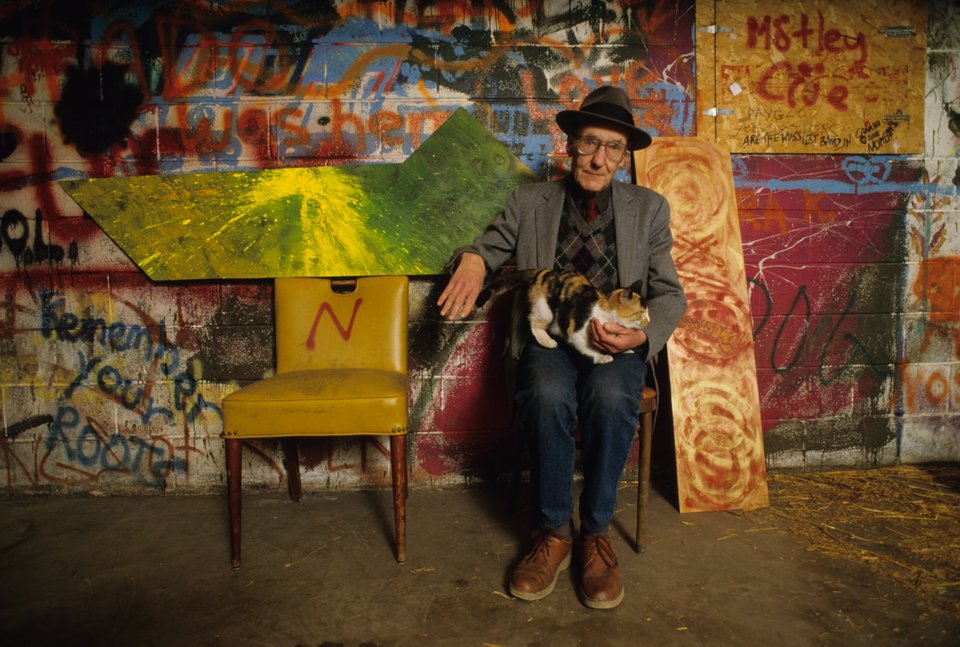 Bill Rich was one of the Outhouse's first promoters and played an important role in getting it up and running. Other promoters included Tad Kepley, Dave Budin, and Jeff Fortier. 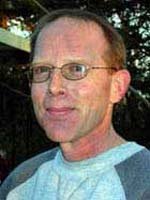 The Outhouse started consistently hosting shows in 1985. Owner Donny Mellenbruch, known for his love of motorcycles, had been leasing out the property for parties but there were few, if any, shows there. However, most of the venues in town that hosted punk shows had closed in years prior, and there was a desperate need for a new place to play. In either 1984 or 1985, the local band The Micronotz built the stage and cleaned up the place, making it passable enough to host real shows. Thus, the Outhouse was born.

In spite of its new renovations, the Outhouse more than lived up to its name. The building had cinder block walls, a concrete floor, and was completely barren except for the stage. It was hot in the summer and cold in the winter. The toilets rarely worked. Many relieved themselves in one of the cornfields surrounding the building. Graffiti adorned the walls, inside and out, until it was painted over in the 90s.

The atmosphere at the Outhouse was frenzied. The music, of course, was deafening. People moshed in front of the stage, inches away from the band. Fights were common. Alcohol flowed freely before, during, and after the shows. On one occasion, the owner Donny Mellenbruch even shot a hole in the roof when he was on stage.

As one can imagine, the neighbors were not pleased. Shows ended late, and concertgoers often lingered until 3 or 4 am. So, in early 1986 several families from the area drafted a letter to the county commissioner. Their main concerns were noise, people trespassing on their property, an increased amount of litter, and the consumption of drugs and alcohol at the Outhouse. Local law enforcement investigated, and found that most of these complaints were well-founded, but one drew their focus: the consumption of alcohol on the premises, often by minors. Instead of dealing with the matter directly, they sent a letter to the venue detailing the issues that needed to be fixed. As a result, all shows that followed had a strict no-alcohol policy. Supposedly, anyone caught drinking in the building was kicked out. The parking lot, however, was a different story. Those running the venue weren’t responsible for what people did out there. As a result, not much changed. In The Outhouse: The Film, Ian MacKaye of Fugazi gave his memory of the situation: “That’s the other thing about that Lawrence scene. I remember these people were just getting plowed.” Fugazi played the Outhouse after the alcohol ban.

Later in 1986, another letter was sent by the neighbors to the county commissioner. This letter recognized the changes that had been made but laid out more detailed concerns. Trespassing was destroying nearby crops, the road was starting to erode, and, at one party, several cars were set on fire in the parking lot. For the most part, however, local police let the shows and parties continue unabated. Legally, there wasn’t much that could be done, and if the local punks were at the Outhouse, they wouldn’t be out causing trouble somewhere else.

By the early 90s, shows there were becoming less and less frequent. There were now venues in town, like the Replay Lounge, that had functional heating, air conditioning, and plumbing. When extensive flooding came to Lawrence in 1993, shows almost stopped altogether. They started up again in the late 90s, but they were less intense and drew smaller crowds. Donny Mellenbruch, the original owner, lost the lease in 1998, and the Outhouse’s time as a music venue was over.

The Outhouse is now a BYOB strip club of the same name. Most people, however, remember the Outhouse as the community that grew around it rather than the building. In The Outhouse: The Film, Tim Jamison of Ultraman put it this way: "The building isn't what the Outhouse was. What the Outhouse was was the people who went there and the shows that happened and the bands that played there. I mean . . . whatever happened to that building after the fact . . . you know . . . it's just a pile of cinder blocks, you know, as far as I'm concerned. I mean that's just where - the Outhouse building is where the Outhouse happened, you know what I mean? They're not physically connected."