The Oakleigh Museum House is one of Mobile's many historic homes. Original owner James W. Roper built the estate in 1833 outside of city limits. It is an example of Greek Revival architecture. The name "Oakleigh" is derived from the property's beautiful oak trees. In addition to the main property, restoration began on the Cook's House in 2013 to tell the often ignored African American experience during this period of history. 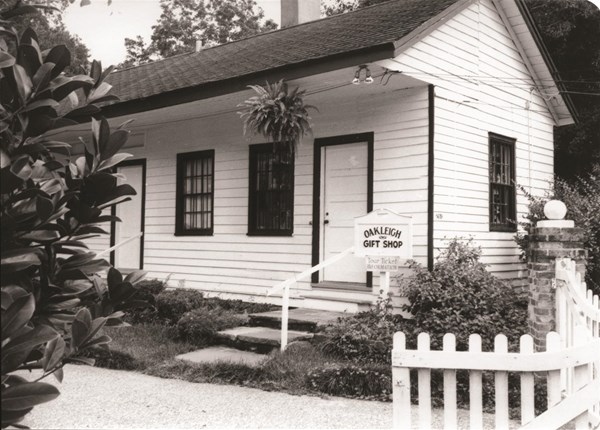 The Oakleigh Museum House is a project of the Historic Mobile Preservation Society, the oldest preservation group in all of Alabama.  The HMPS was founded March 14th, 1935 under the organization of Mrs. E. S. Sledge and a team of volunteers.  Their goal is to preserve Mobile's history through home restoration and artifact collection.  The Historic Mobile Preservation Society acquired this home, Oakleigh, in 1955 through a contract with the city of Mobile.  Oakleigh serves as Mobile's official period house museum.  In addition to this historic home, the HMPS has acquired several other facilities in the area including the Cox-Deasy Cottage, the Cook's Home, and a historical research collection known as the Mitchell Archives.

The Oakleigh House was originally built in 1833 as a place for James W. Roper to host friends and family.  Roper designed the Greek revival style home and built it using slaves and free laborers.  He had another strong tie to slavery in the South in that he made his fortune as a cotton broker in Virginia.  Roper lost his fortune not long after the home was built, however.  After the Bank Panic of 1837 he was only able to live on the property due to the charity of a wealthy brother-in-law.  In the 1840s the home came in to new ownership by the Irwin family.  Alfred Irwin bought Oakleigh, or "Irwin Place" as the family called it, in 1852 after renting for a short period in the forties.  The Irwins owned Oakleigh through Restoration after the Civil War, and supposedly prevented their home from being occupied by Union forces by hanging a British flag on the front gallery.

Some historic points to notice in the home today are historic relics, including furnishings from the 1850s.  Also keep an eye out for tool marks in the original wood around the home - both the wood and clay bricks used to build Oakleigh were harvested and crafted from the property itself!

In 2013 volunteers in Mobile formed a fundraising effort to restore another part of Oakleigh and give voice to an often ignored part of Southern history.  The Cook's House now exists that visitors can learn more about the lives of African American servants in Post-Emancipation Mobile.  Interestingly, the structure was actually built as a part of the emancipation effort.  It was originally built in 1866 as a part of Reconstruction to house laundry facilities and married soldiers as they occupied Mobile during this period of history.  It was a part of a 13 building military complex, though the fate of the other buildings are unknown.  Cook's House was moved to Oakleigh in 1916 and has sense serves as a garage, domestic staff dwelling, laundry room, storage, office space and gift shop.

Oakleigh is CLOSED for improvements and will reopen January 12, 2015 "Cook's House" tours are available by appointment only. Please call 251-432-6161 to schedule.