Situated along the South Fork of the New River, Lewis Landing Park is named after the Lewis Family, the first settlers of European (specifically, British) heritage to live permanently in what would become Broward County. Surles Lewis and his wife, Frankee, and their three sons arrived from the Bahamas by 1792. The exact location of the Lewis family farm is unknown but it is believed to have been somewhere in the vicinity. A historical marker describing their experience is located in the park. Another marker, which is located at this spot on the map, describes the Tequesta Indians, who lived in South Florida for 5,000 years. It features a plaque with a statue of a Tequesta man on top and two panels depicting what appears to be Tequesta Indians fishing and cooking. 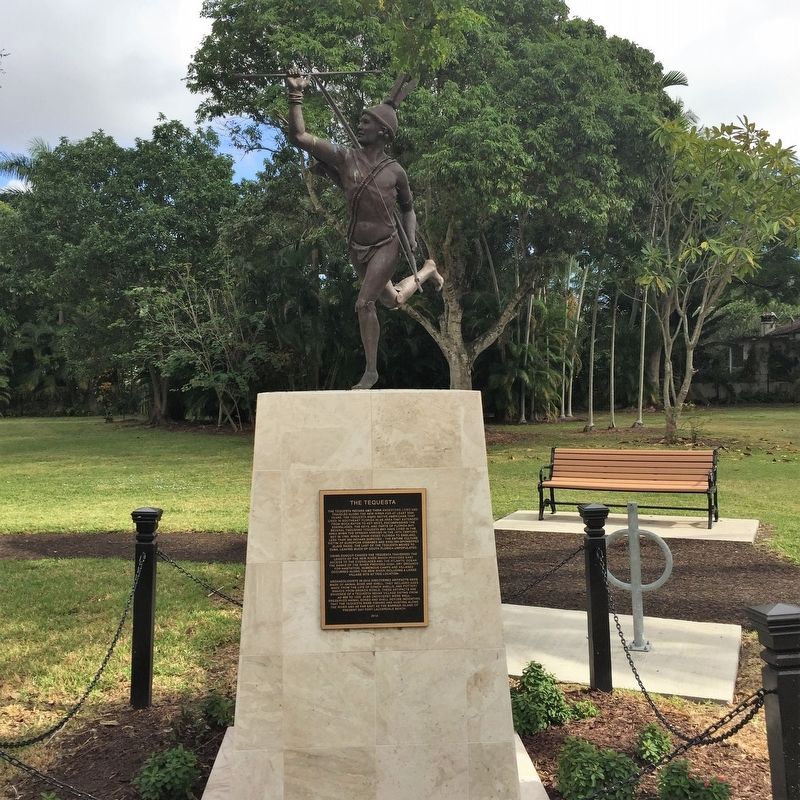 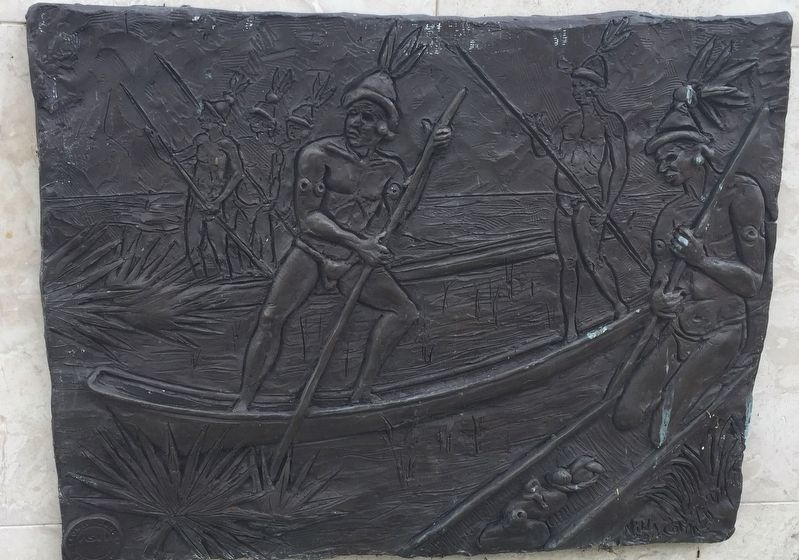 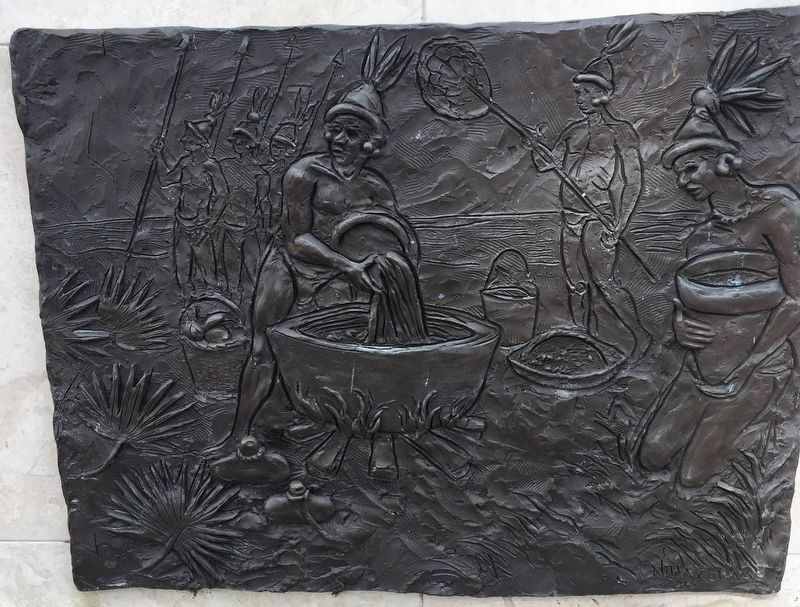 The Lewis Family historical marker, which is visible in the background, describes the family's experience living in southern Florida. 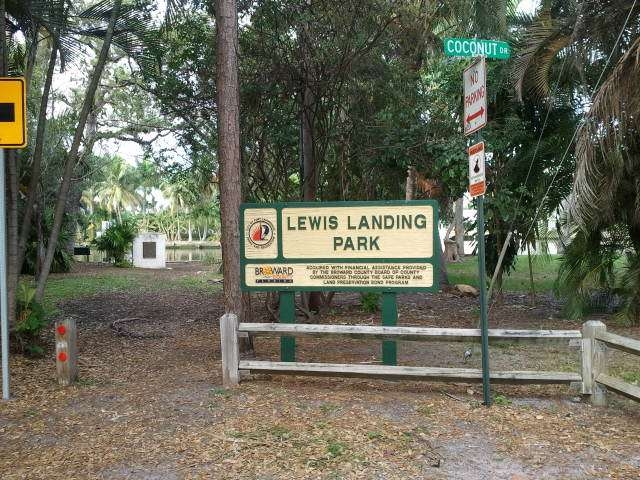 The Lewis Family farm was small, consisting of a small house and outbuildings. The family grew apples, oranges, guavas, coconuts, and limes that they sold in the Bahamas. Life was difficult for the family and they were quite isolated (the nearest town was St. Augustine). Their presence didn't go unnoticed by the Spanish, who controlled Florida at the time. After learning about the family, in 1793 the Spanish royal governor, Juan Nepomuceno de Quesada, sent a search party to find the family and question them why they were there. Quesada, who was based in St. Augustine, was worried they were affiliated with British adventurer and former army officer William Augustus Bowles who was, at the time, trying to start an Indian rebellion against Spain. Quesada wanted to imprison the family but King Charles IV ordered him to the leave them alone. However, Quesada may have been justified in his concern. It is suspected that the Lewis farm may have served as a stopping point for British adventurers who were, in fact, trying to incite an uprising against the Spanish.

The family continued to live at the farm for many years. Sadly, Surles and one of the sons died in 1819 on their way to the Bahamas. Frankee received a land grant of 640 acres from the United States around 1824 (United States had gained control of Florida in 1821). This property was located where the Rio Vista and Colee Hammock neighborhoods are now. Frankee sold the old farm in 1830 and lived at her new home on the Miami River until l1836.

By the time the Spanish first arrived in 1513, the Tequesta (or Tekesta) Indians had lived in southeastern Florida for thousands of years. They were a peaceful people who subsisted by hunting and gathering. They ate a variety of food including fish, porpoises, deer, shellfish, nuts, coco plums, and berries. Only chiefs and other important individuals could eat manatees, which were considered a delicacy. The Tequesta lived in villages and used dugout canoes to travel and hunt in the numerous waterways in the area. One of their villages was located here. Archaeologists excavated the site in 2010 and found animal bones, shells, and artifacts including pottery shards. The village dates from 800 AD to 1200 AD. In 2014, another village was found in Miami that may have had a population of 1,000 people.

Like other Native American peoples in the country, contact with Europeans proved deadly for the Tequesta, who had no immunity towards the diseases the foreigners brought with them. As a result, the Tequesta population began to decrease. A few other factors played a role as well including the influx of tribes from the southeastern United States, slavery, and conflict. By the 1770s, there were fewer than 300 Tequesta left and they relocated to Cuba.

All images via The Historical Marker Database