The Lincoln Bank Building (1921) is associated with Harry Pence, who formed the bank with partners during the early 20th century at roughly the same time he started his highly successful automobile business directly across the street. Pence grew into one of the most influential Buick and GM dealers in the world. The bank handled the increasingly popular trend of buying new automobiles for credit and grew as a result of the economic boom during the 1920s.

Lincoln Bank Building as pictured in 2013. 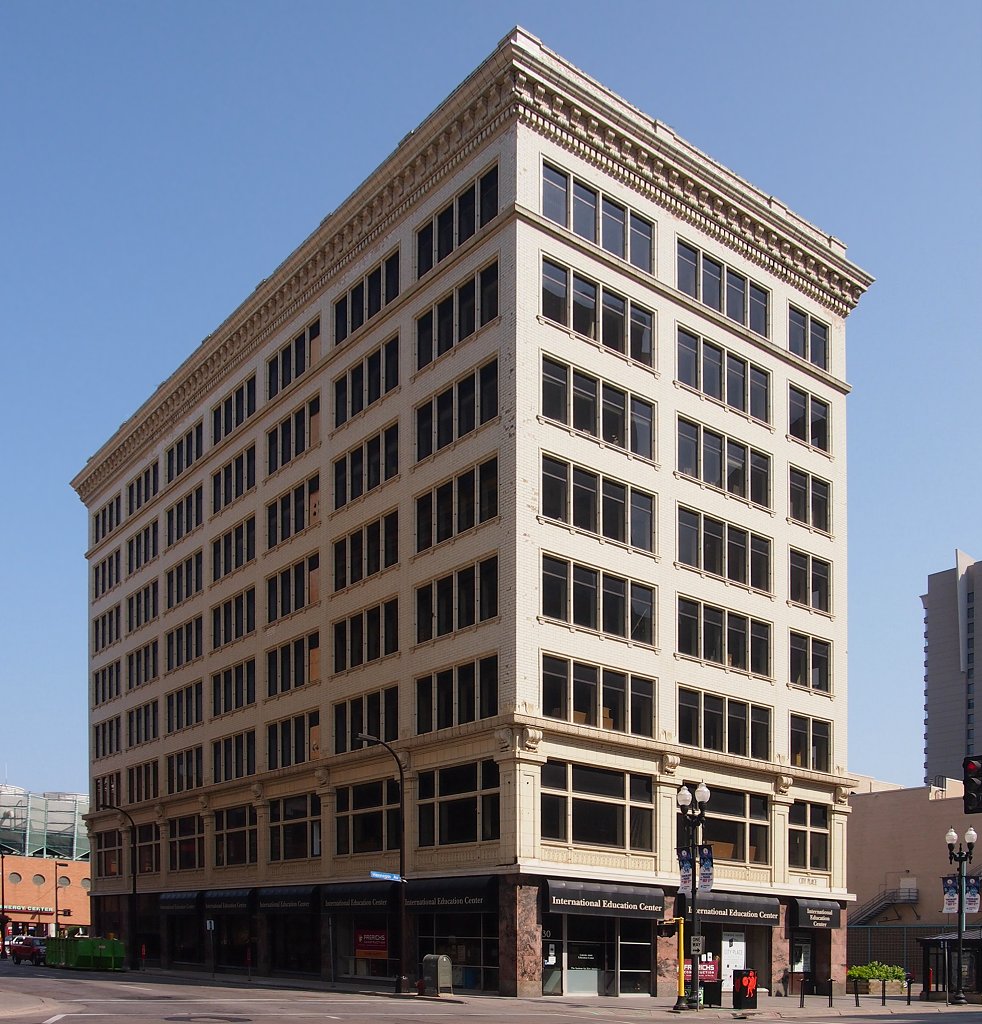 Lincoln National Bank was established in 1917 by Harry Pence, who established Minneapolis's second auto dealership in 1903 and became one of the world's most influential auto dealers. His dealerships accounted for roughly 30% of all the Buicks manufactured and sold. He created the bank to provide financing to potential auto buyers at a time when buying on credit increasingly grew acceptable in the United States. The bank served his auto business and many dealers located on "automobile row" along Hennepin Avenue, as well as numerous other industries during the booming 1920s economy. The rapid growth of the bank led to its need for a much larger building. In 1921, the now-historic Lincoln Bank Building opened across the street from the Pence Automobile Company Building.

Harry Pence entered the automobile trade in 1903 by opening one of the city's first automobile dealerships. Two years later, he partnered with General Motors to become a local Buick distributor and became instrumental in opening the automobile markets to rural Minnesota, the Dakotas, and Montana. Financing, once seen as unsavory, grew more popular by the 1910s as more and more people looked to by cars. By the time Pence opened the historic Lincoln Bank Building across the street from his dealership, more than one-hundred auto dealers, wholesalers, and repair garages operated nearby.

In addition to handling auto loans, Pence created Lincoln Bank to provide banking services for large corporations and busy business people on upper Hennepin. Furthermore, the bank's success can also be attributed to its timing, having opened during a period of significant national and local growth within the banking industry after the first World War and into the "Roaring '20s. For instance, demand for agricultural products skyrocketed, resulting in a rapid increase in land prices, expanding transportation businesses, and the processing of farm commodities in urban regions. The growing economy also allowed fuel and lumber dealers, manufacturers, produce and fruit distributors, clothing industries, and entertainment operations to flourish. To wit: the booming economy came with a need for both savings and credit, making banks like the Lincoln Bank a profitable operation.

The Lincoln Bank enjoyed the added success gained by its ties to Pence's auto dealerships. But, the Lincoln Bank did not remain entirely autonomous during much of its growth as Northwestern National (now Wells Fargo) had acquired it in 1921. Harry Pence and many Lincoln Bank investors transitioned to Northwestern National board members. The consolidation mirrored that of many banks during the 1920s when larger banks continually purchased smaller banks and developed several branches.

Pence's company moved out of the building next door just as the Great Depression arrived in 1930, and Pence died in 1933. Over the years, the vast majority of Automobile Row has disappeared, leaving only the Pence Automobile Company Building and the Lincoln Bank Building. The two buildings across the street from each other stand as reminders of the 1920s in Minneapolis, an era dominated by Pence, his automobile dealer, and the bank he created.