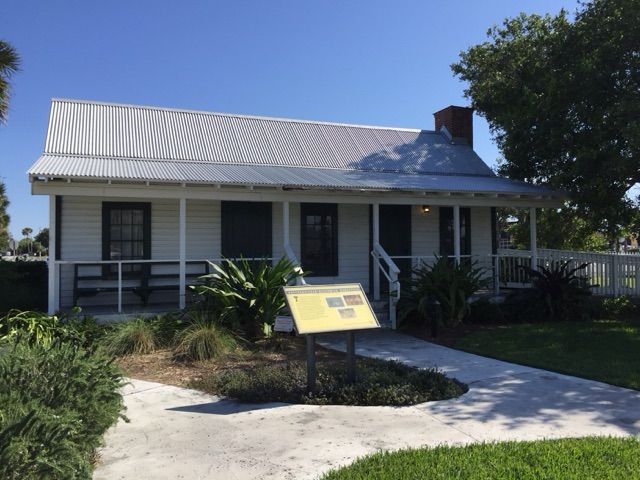 One of two outside porches typical of period rural cabins 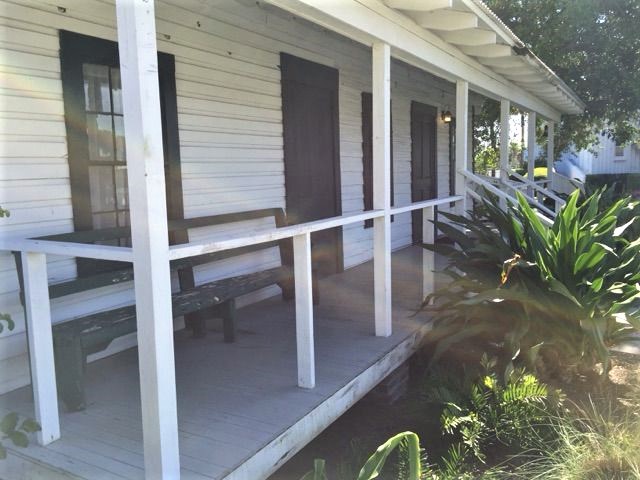 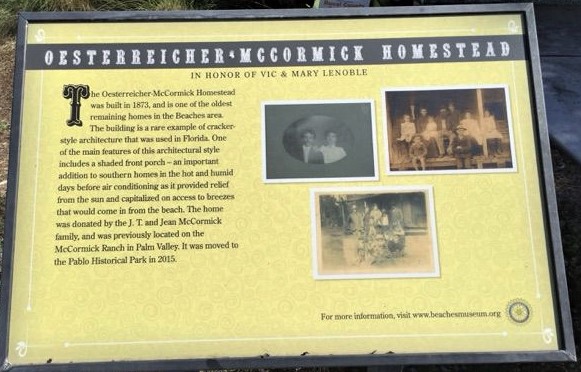 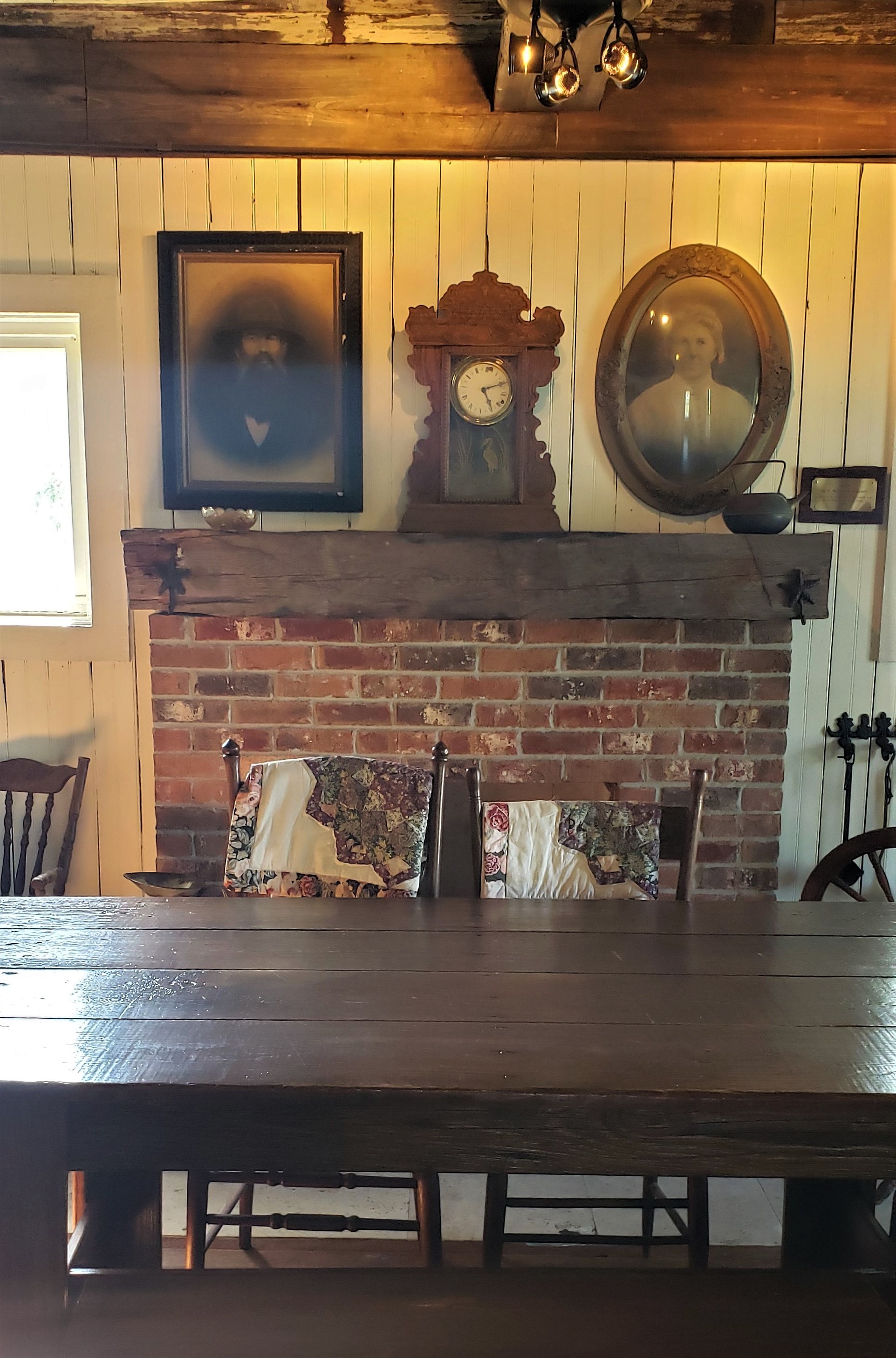 Tom and Ella Oesterreicher and their children 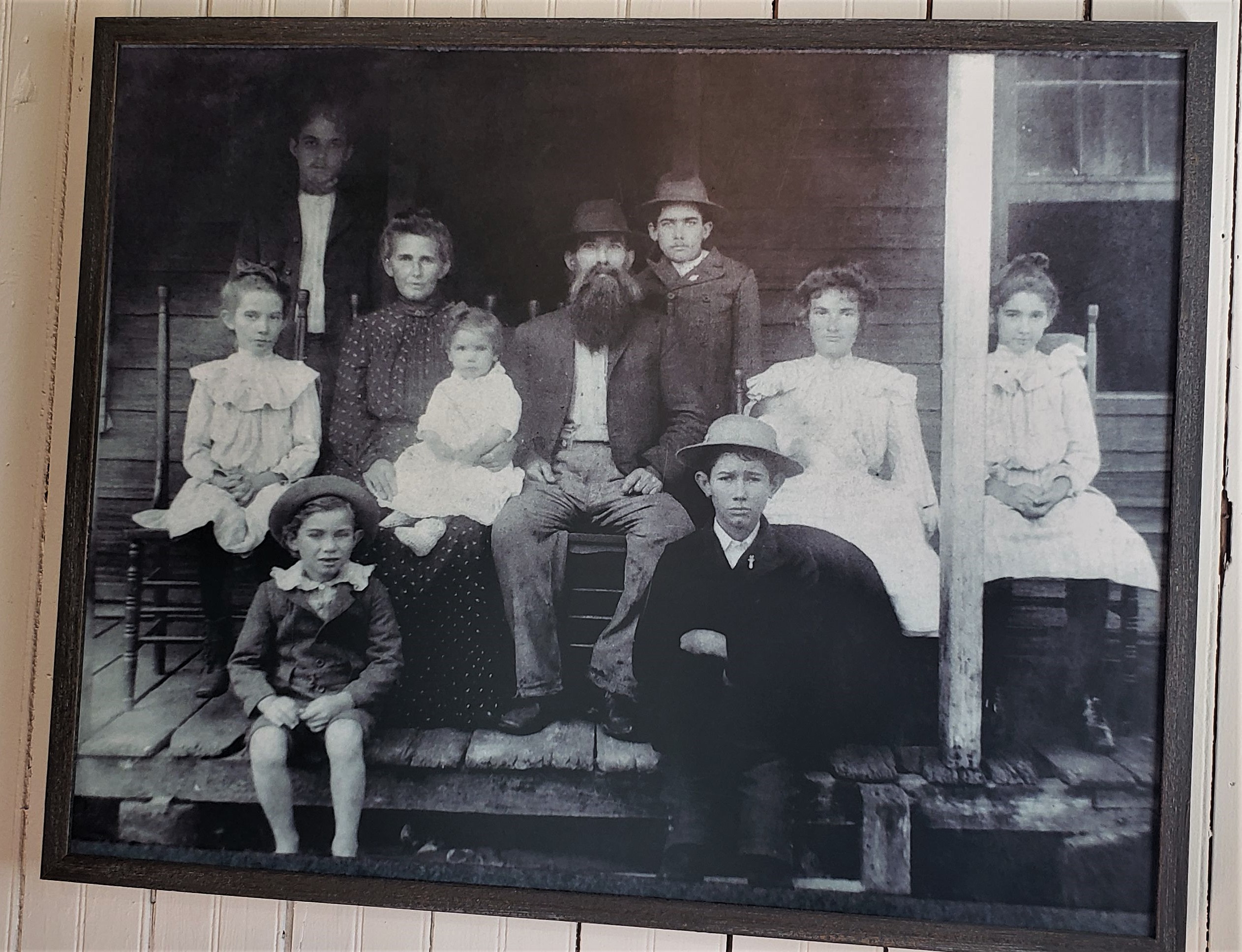 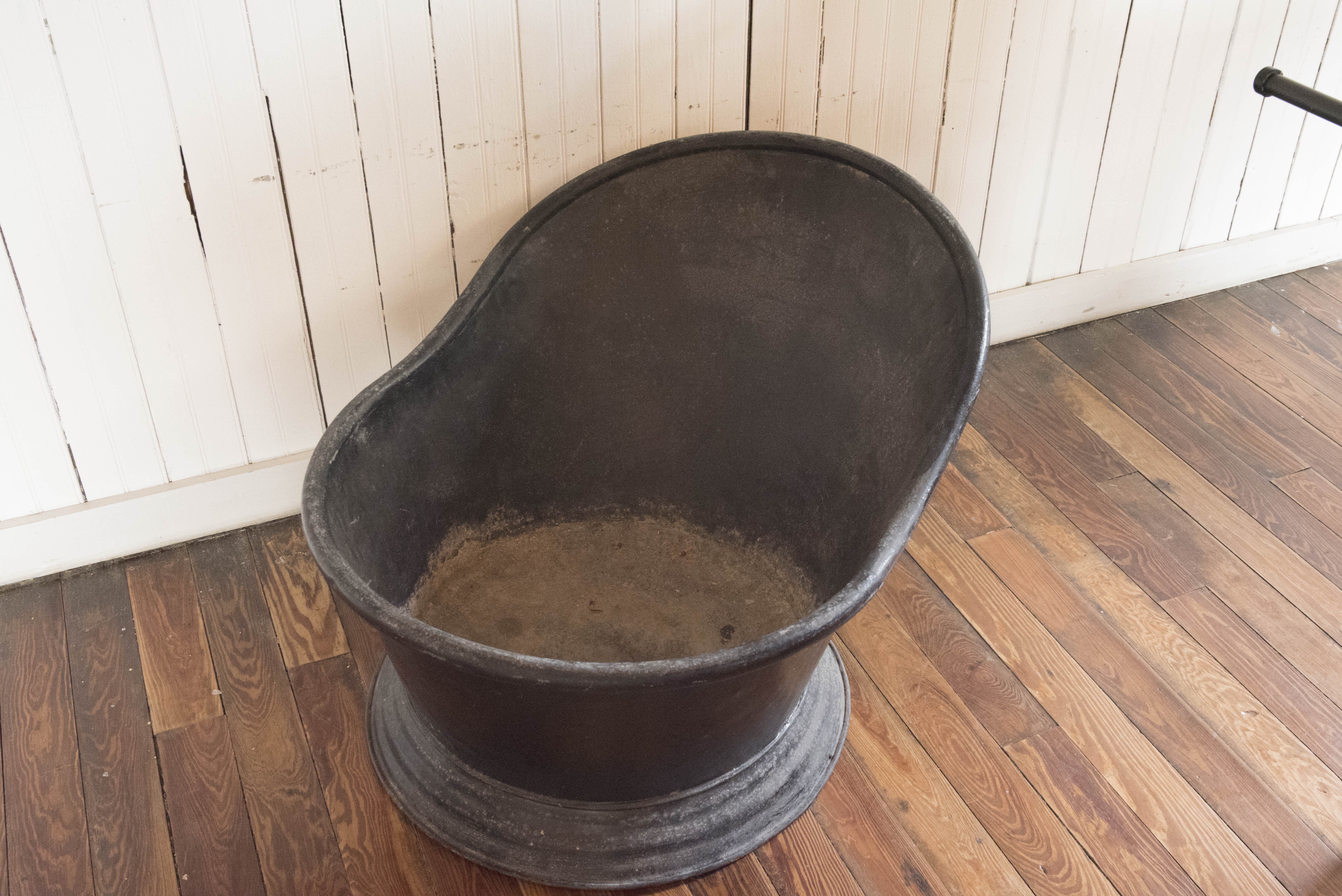 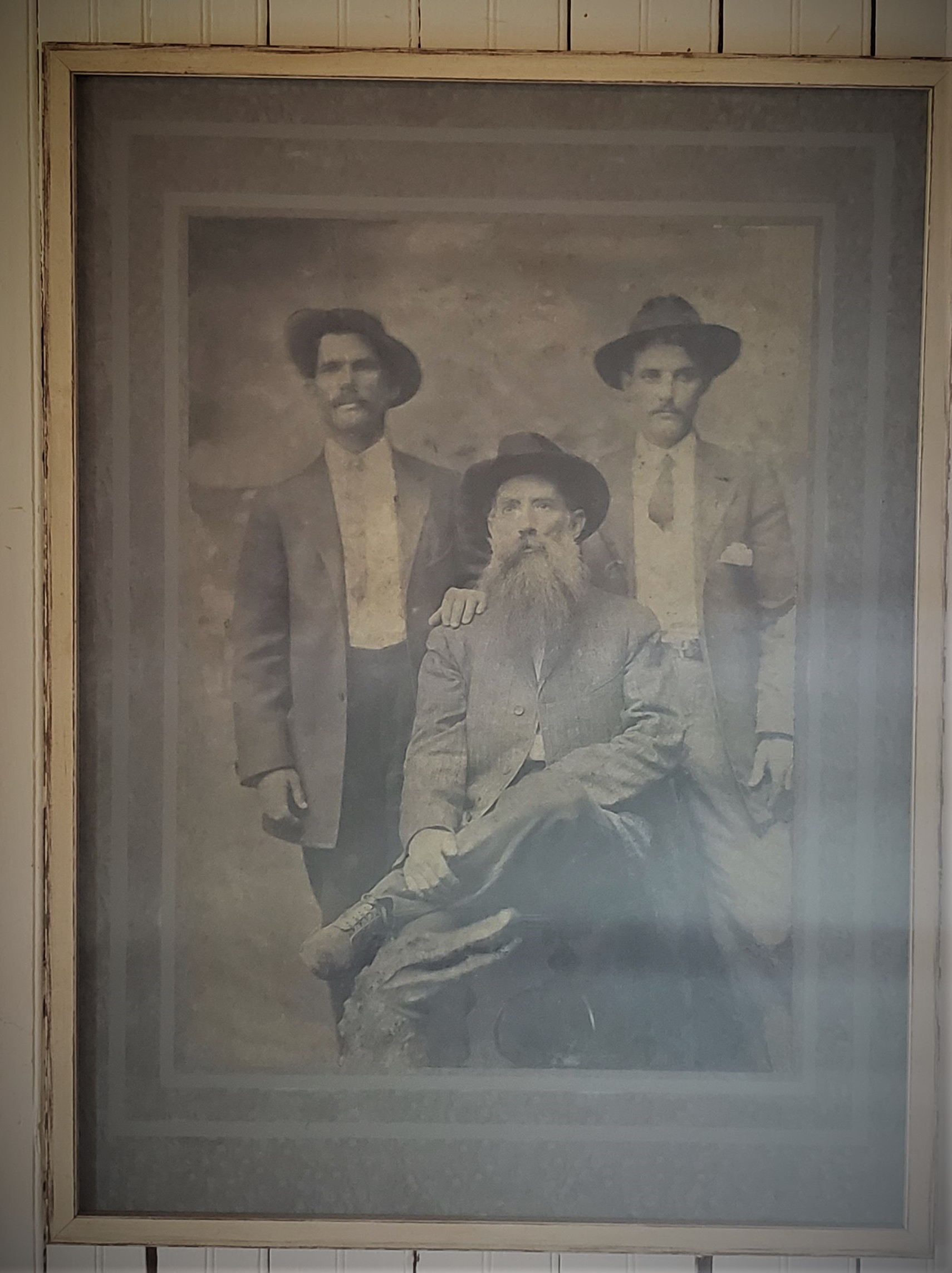 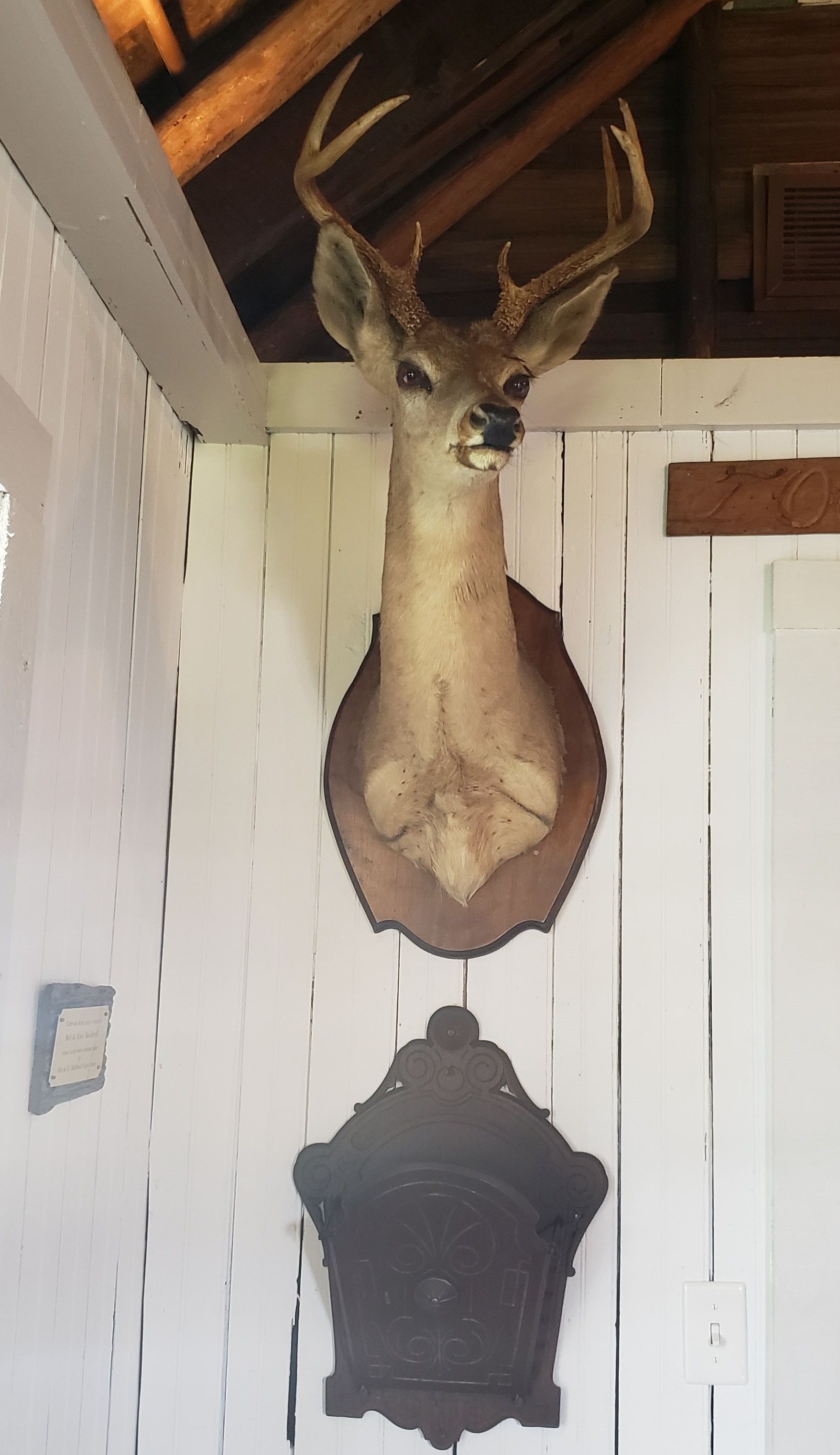 The cabin arriving at the History Park 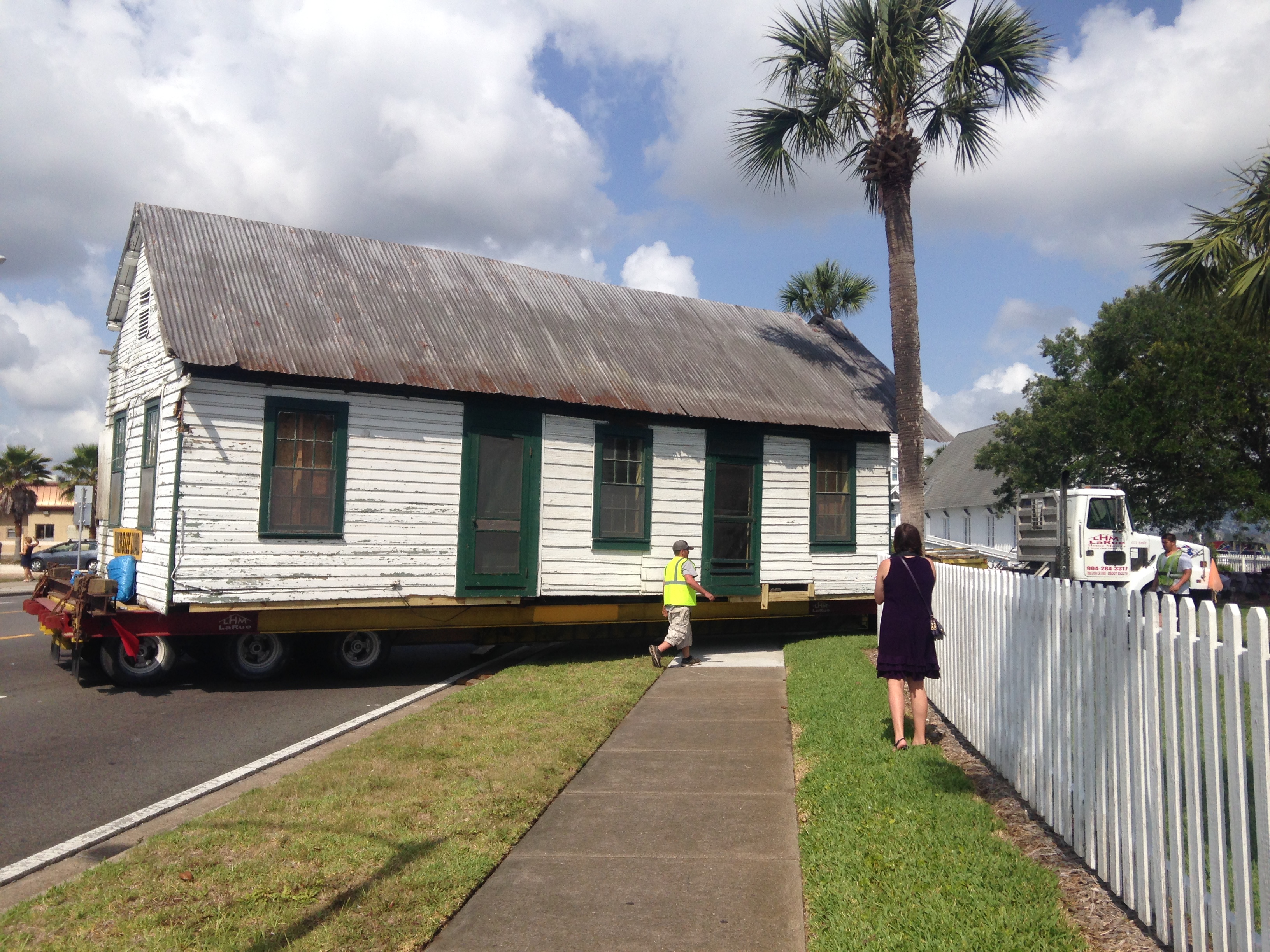 In place and awaiting renovation 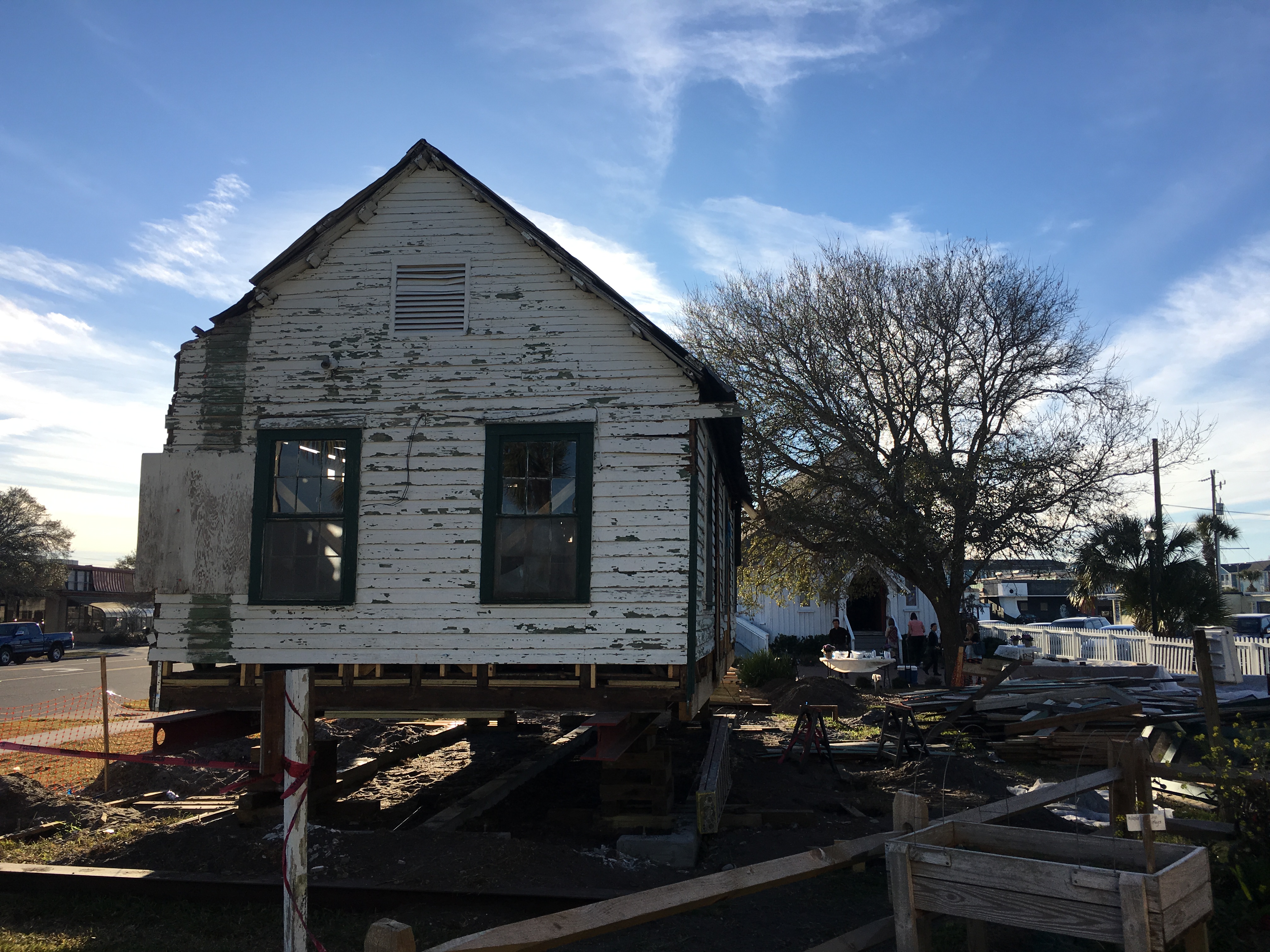 Christmas in the Cabin 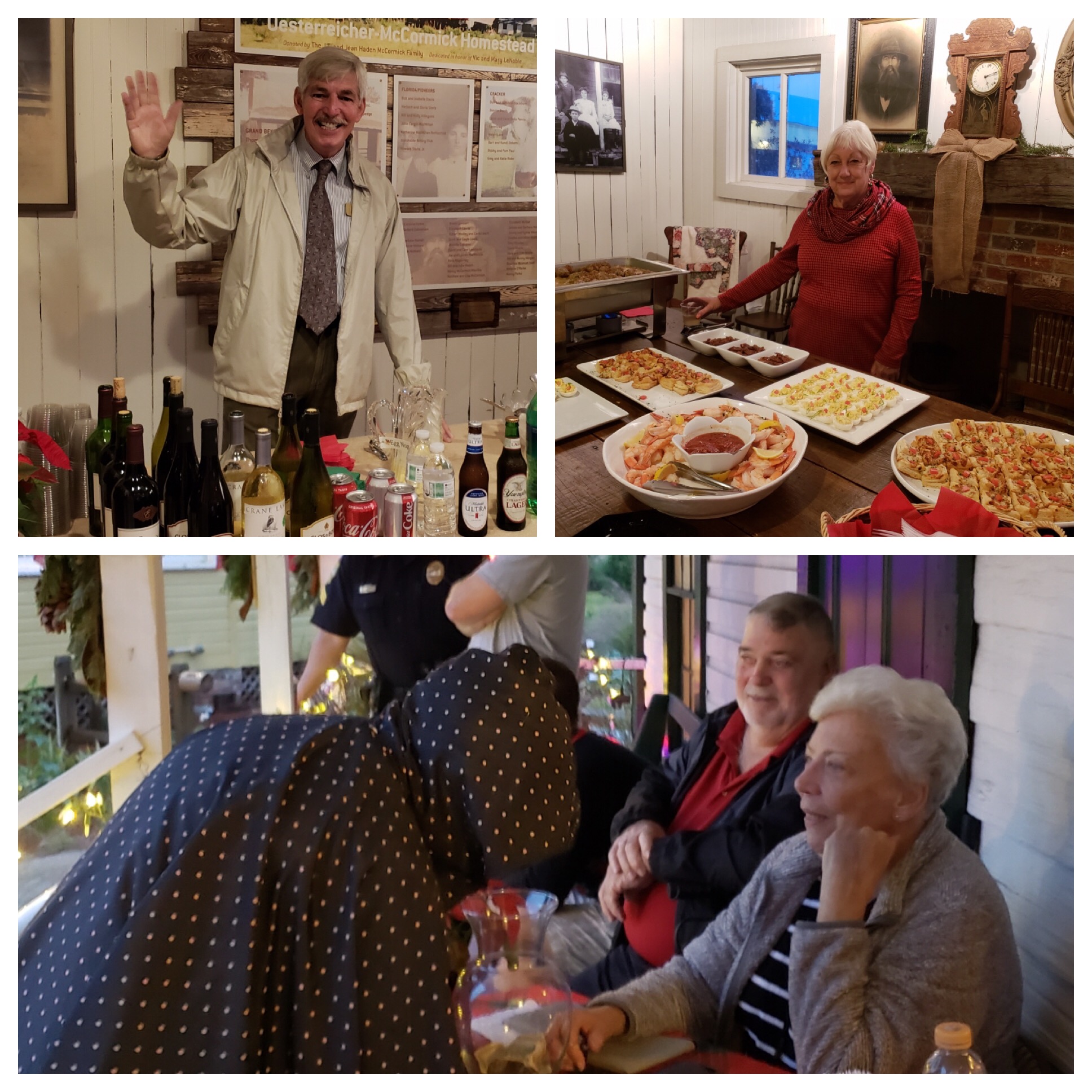 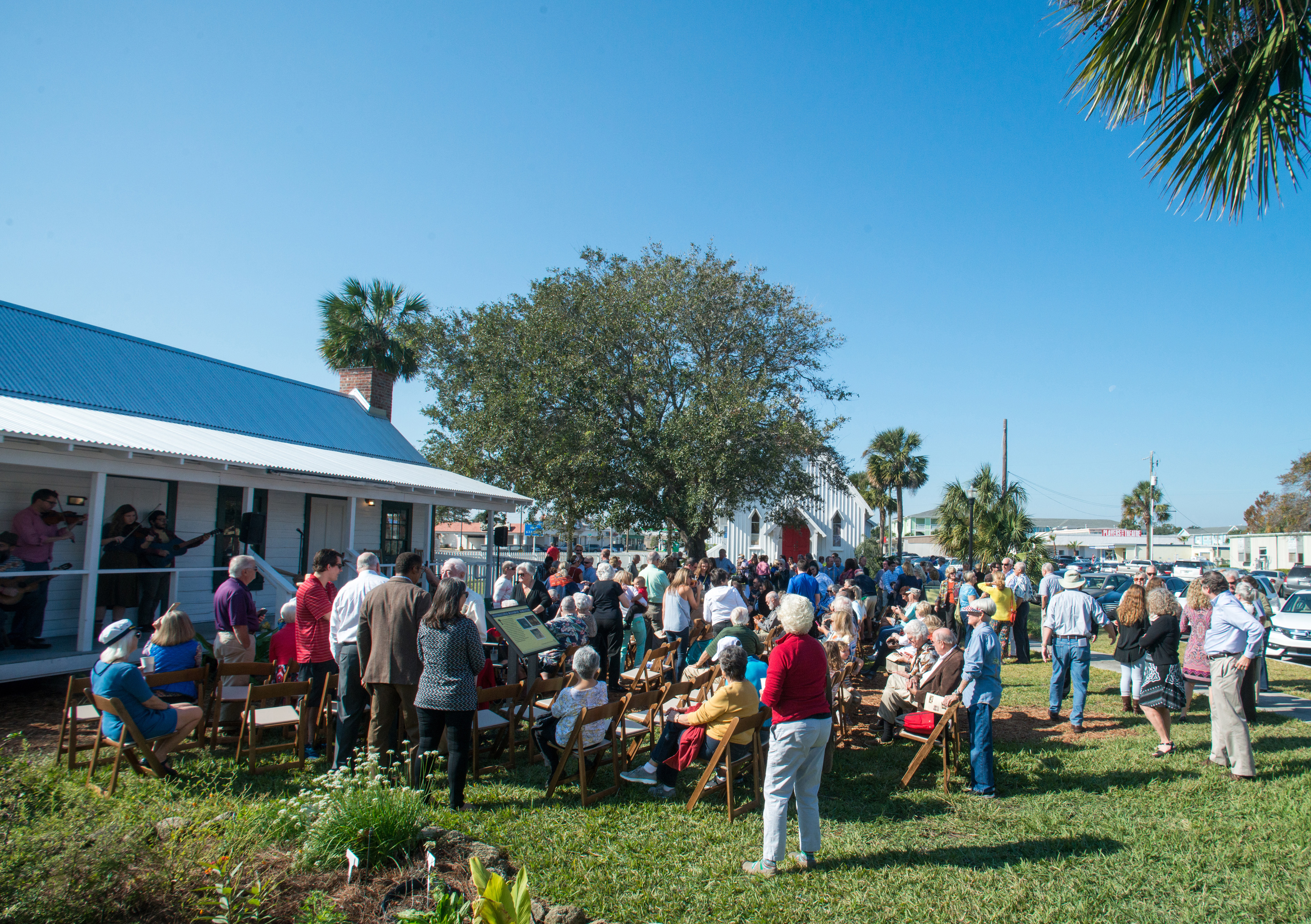 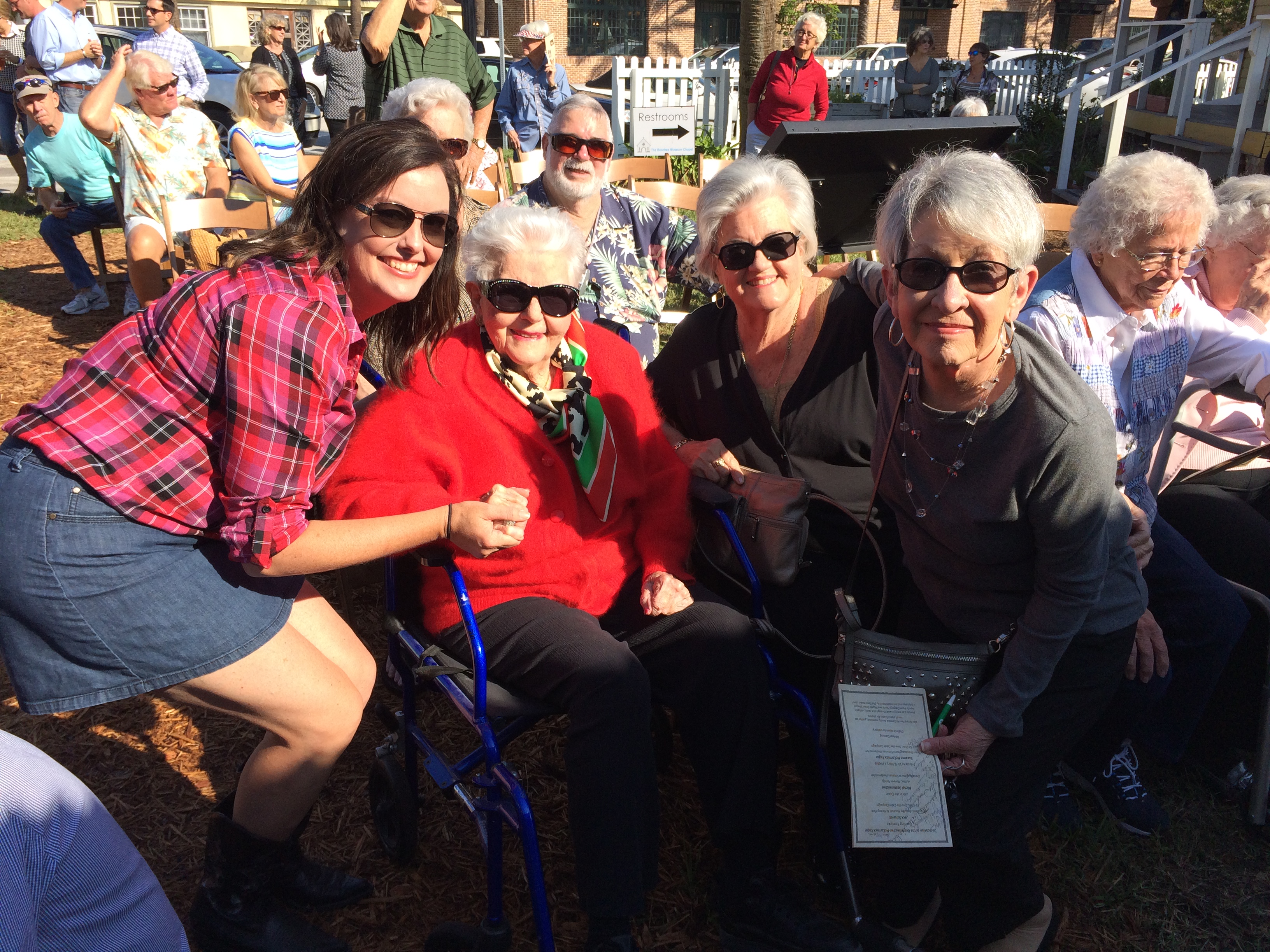 The restored cabin displays the typical period "Cracker Style" country architecture: a metal (originally tin) covering over cypress shakes roofing, multiple windows for cross ventilation, and dual porches. The original homestead also included a physically detached kitchen that both reduced interior cabin temperatures and the fire hazard to the main building. An opened ceiling exposing wooden roof supports, a fireplace, and hand-made family table are authentic to the original structure. Other interior items representative of the era include a metal bath tub and pie cabinet. As in today homes, family photographs are prominently exhibited throughout the cabin. Those portraits, combined with cabin size and remoteness of the original location, hint at the lifestyle typical of rural northeast Florida around the turn of the 20th century.

Early life for the eleven-member Oesterreicher family consisted of long days and short nights devoted almost exclusively to subsistence living. The family -- children included -- hunted native animals and feral hogs, raised cattle left by the Spanish, gardened, cooked, sewed and mended clothes, and maintained the homestead. The children attended school i n Pablo Beach and made a long daily trek. Harvesting and selling palm fronds provided income that was used to purchase condiments, fabric, and other goods and services available in Jacksonville. When not working, the family gathered on the porch during the summer, the long table at other times, visited family and neighbors, and attended a monthly Saturday-night dance in Pablo Beach.

A more detailed account of the Oesterreichers and Northeast Florida country life as told by youngest son Hugie and his wife Oleta to their daughter Michel is available in a book written by Ms. Oesterreicher. It is titled "Pioneer Family". The book, cited below, is available for purchase in the museum gift shop.

In addition to its historic significance, the Oesterreicher-McCormick Homestead, with its modern air-conditioning, drinking fountains, bathrooms, and ADA-compliant ramps, serves as a ready room for brides and their wedding parties preparing for the exchange of vows in the museum's historic Chapel. Chapel concert performers also use the cabin as a green room. "Christmas in the Cabin", is a popular annual event open to the public, and is the theme of a private, catered dinner for 12 that is a recurring live auction item at the museum's major yearly fundraiser.