Rittman Home or The Tower House

Stop #6 on the Scott City Historic Walking Tour: This unique house was originally built for Joe Rittman and his family when they moved to Scott County from Warrensburg, Missouri. The home was built by Alfie Chamberlain at a cost of only $3,200 with over 2,900 sq. ft. on the two upper levels plus a partial basement. 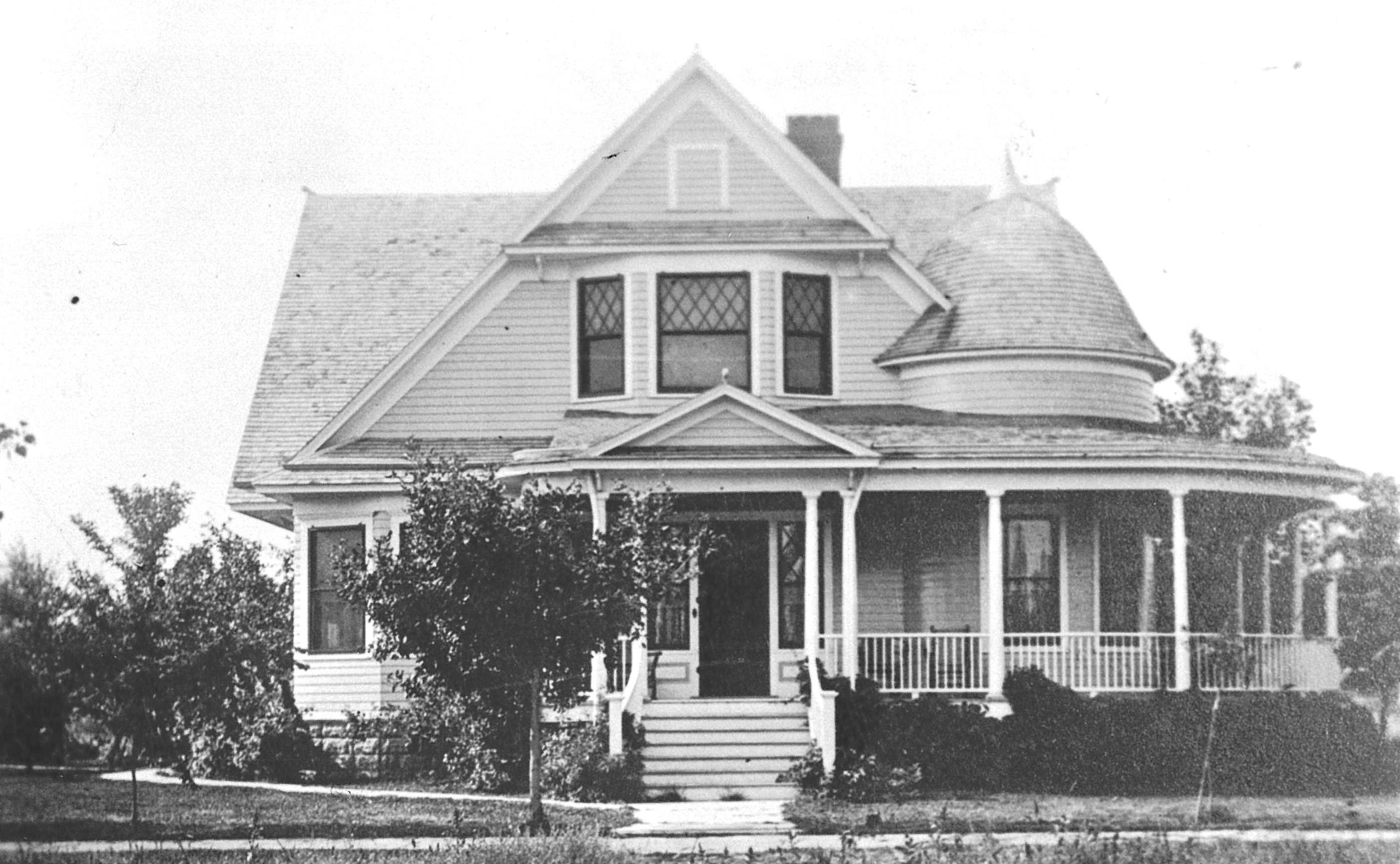 Victrola and seating in the tower area 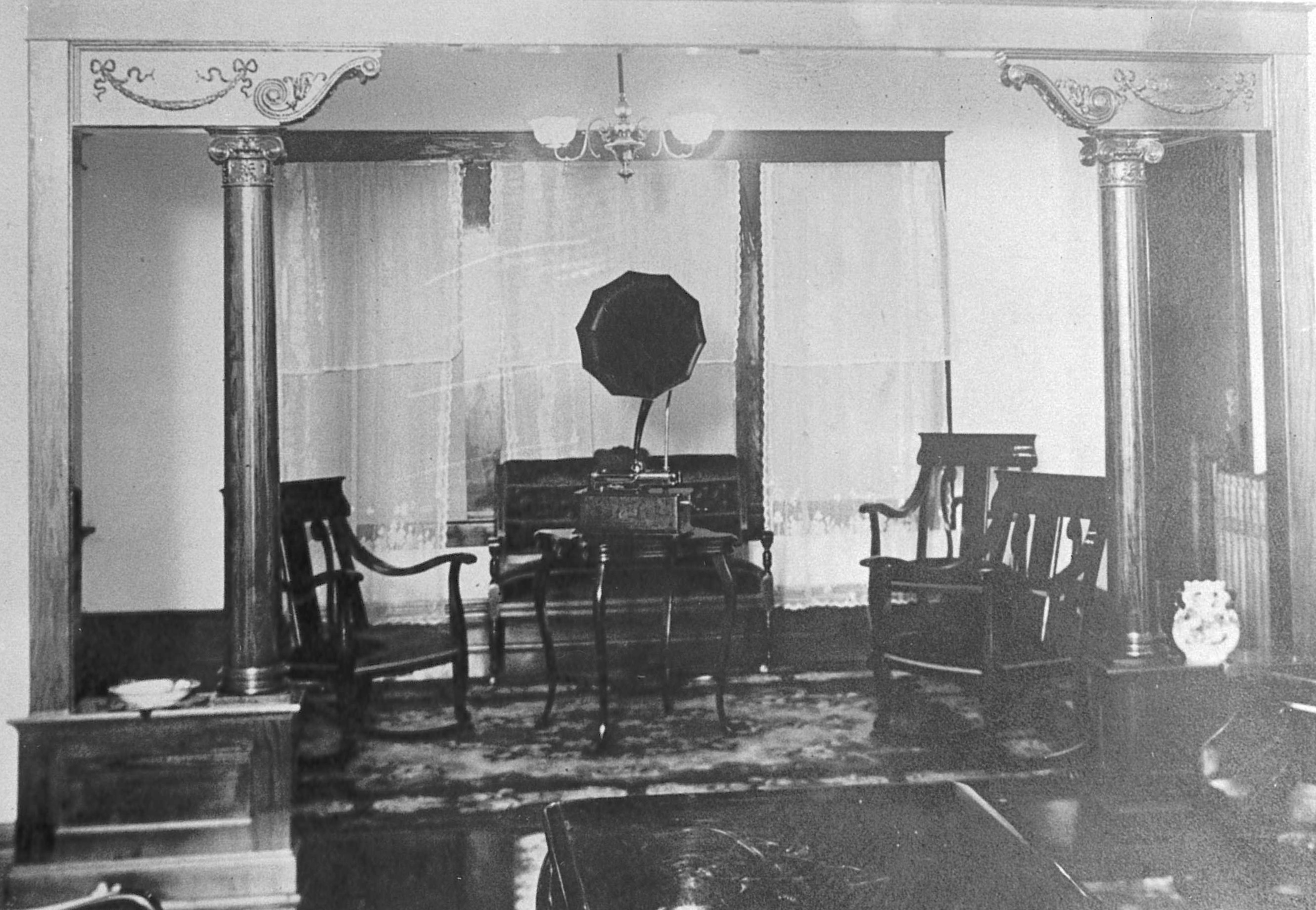 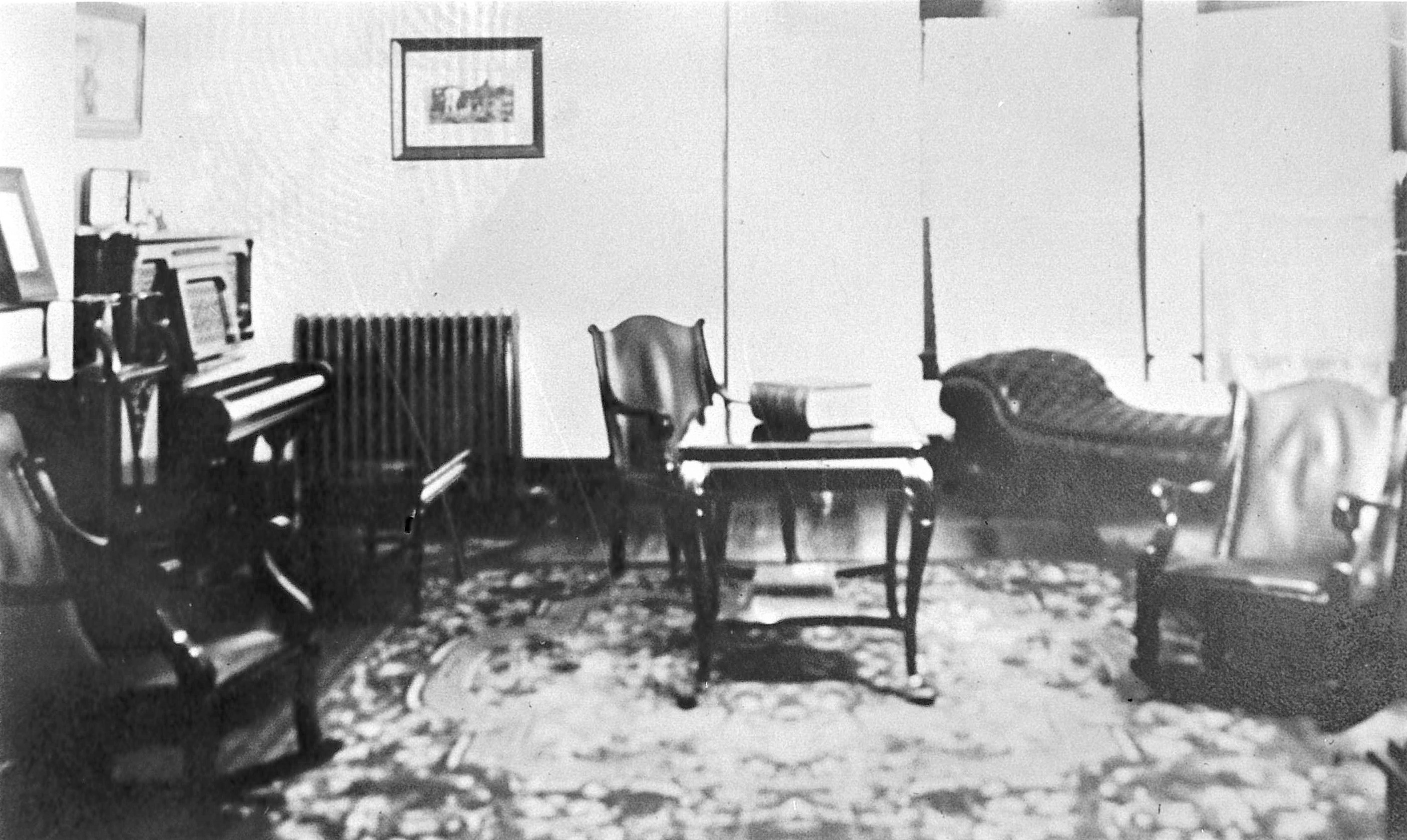 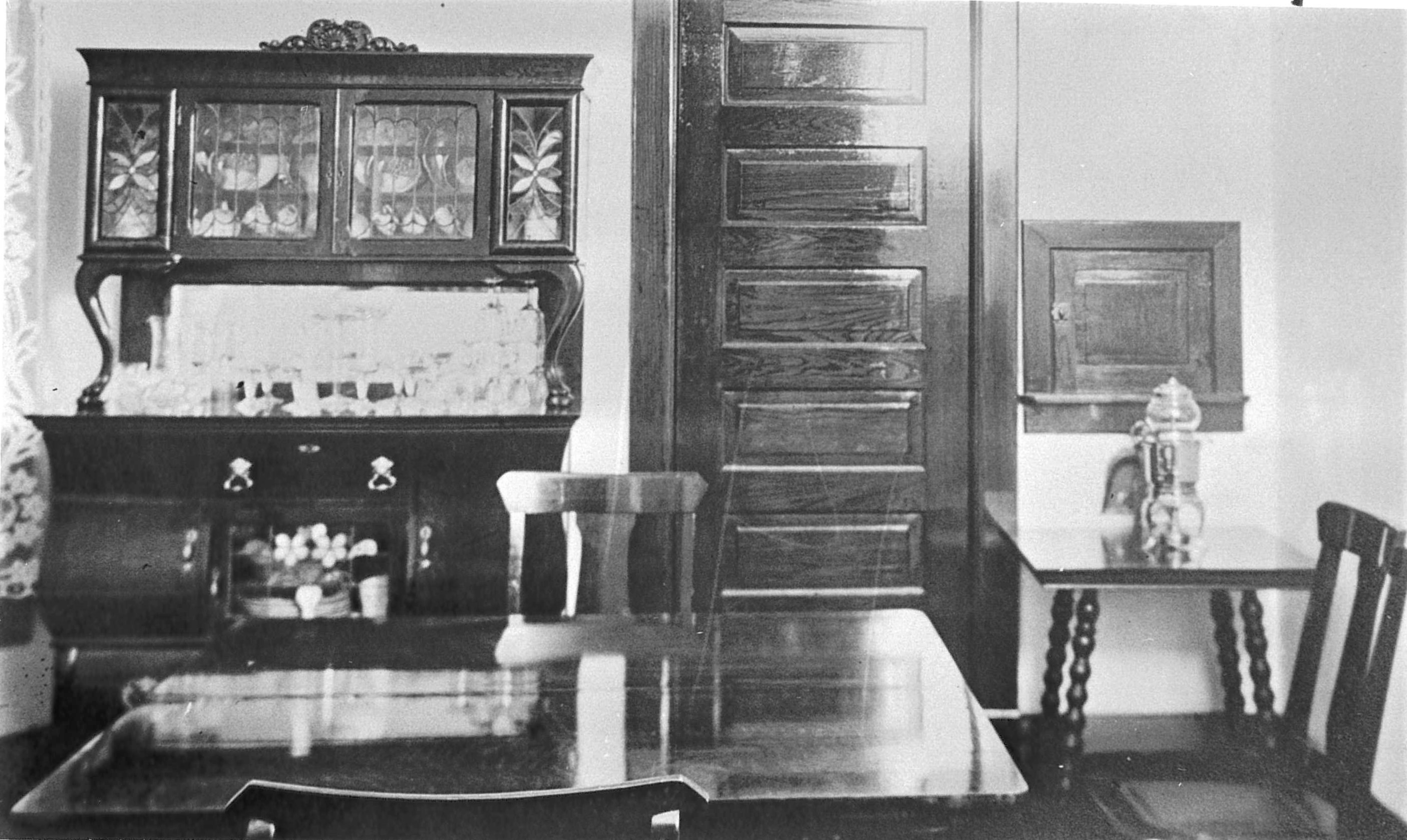 In Warrensburg, Missouri, the comforts of Joe Rittman's large home must have been hard to leave for the small prairie town of Scott City. Mr. Rittman journeyed to Scott County, found and bought a cattle ranch in the Dry Lake area then, went back to bring his family out to the prairie. The treeless, flat prairie around Scott City looked bleak to the settlers familiar with rolling hills and an abundance of maples, walnut and fruit trees. However, the prospect of new fortunes in the west appealed to many and the Rittmans were of this hearty stock. Mr. and Mrs. Rittman, their daughter, Virgie (later Mrs. Mark Baldwin), and H.I. Thiele, their foster son, arrived in Scott City in 1901.

In 1911 or 1912, they had moved into a new home even finer than their home in Warrensburg. The house was built by Alfie Chamberlain by contract for about $3,200, and was one of his many fine creations in Scott City. Its most distinguishing feature was its tower room on the northwest corner. Mr. Chamberlain had to special order circular planes to finish the wood in that room. The molding required soaking and kerfing (cutting slits in the curve) to fit in the tower room. Curved glass was used in the windows. The house was fittingly called the Tower House. the lovely, large, front porch on the north and west must have been a comfortable shady place in late afternoon and evening for sitting and visiting with strolling neighbors. During the summer months, most families spent the evenings outside in the cool breeze. The home was nicely landscaped with shrubbery and trees.

Inside the home, polished dark hardwood floors and woodwork accented its fine appearance. The family had lovely walnut furniture, a piano and a china breakfront - all probably shipped from Warrensburg by train. They were one of the early families to have a Victrola and proudly displayed it in the first floor of the tower. The house was lit by gas lamps. Mr. Rittman died several years after the house was built, but Mrs. Rittman continued to live there until she died in the early 20s.

After Mrs. Rittman died, the Crowder family moved in. Mr. Crowder operated the Electric Cafe in Town. They probably rented the house. In the late 20s, the house was sold to Doctors Bennett and Kippenburger. It was remodeled to fit its new purpose - a hospital. The kitchen was made into an operating room and the kitchen was moved to the basement. There was a room for surgery patients on the first floor and both doctors' offices and a room for nurses to sleep in on that floor. Upstairs the large bedrooms were made into 3-4 bed wards. It was quite a task to carry meals up and down the two flights of stairs three times a day. It was used as a hospital through the 30s until the new hospital was built on north College.