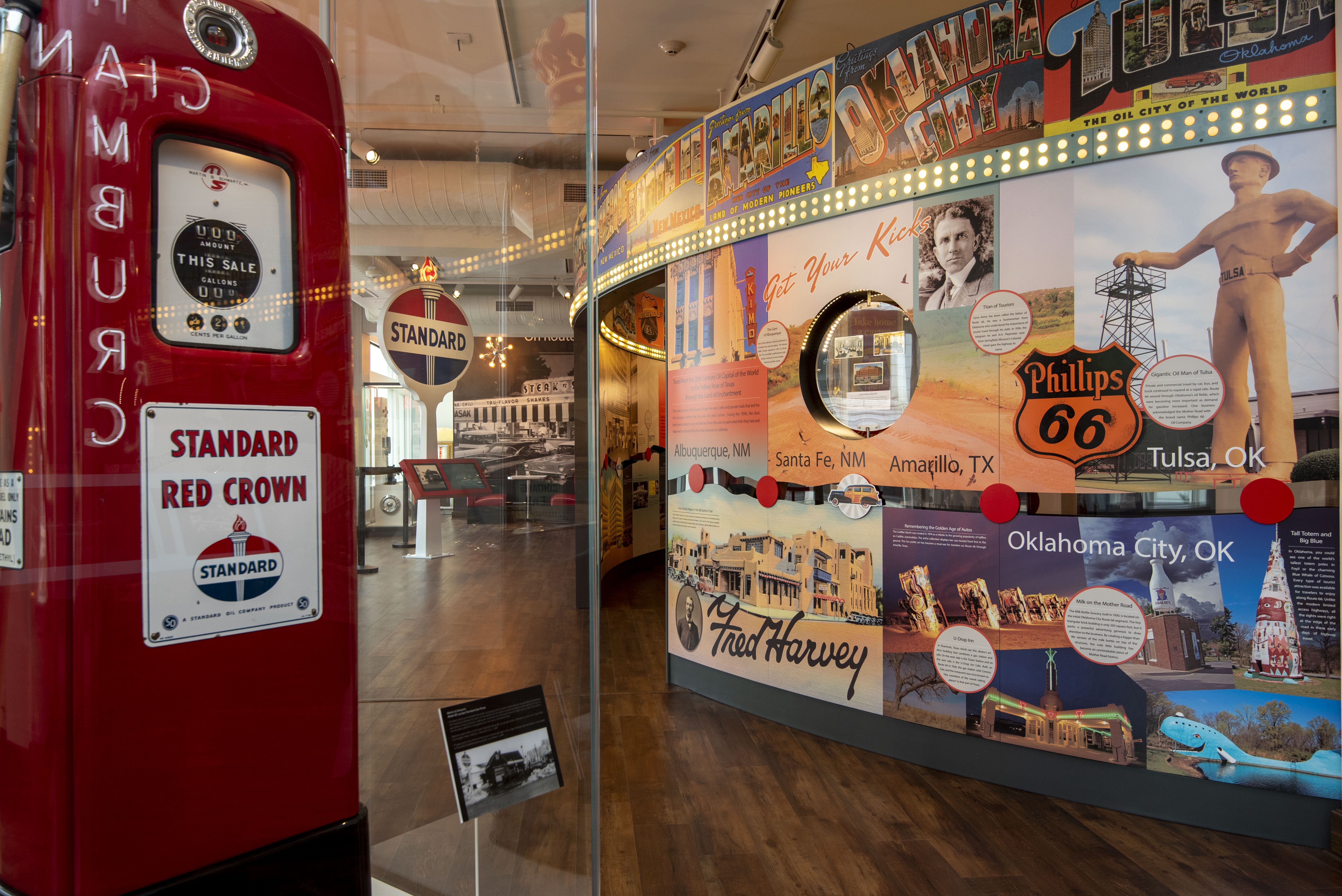 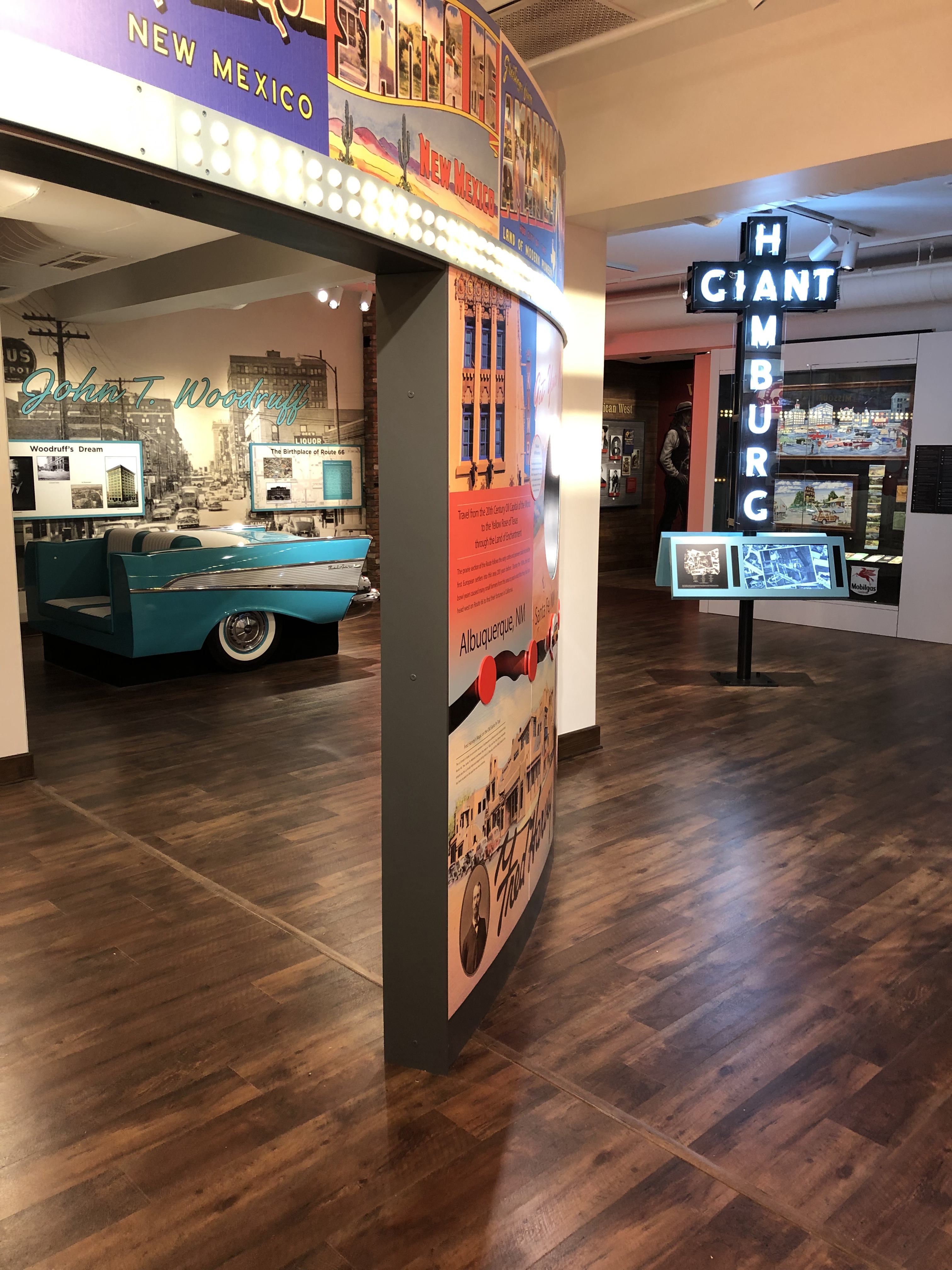 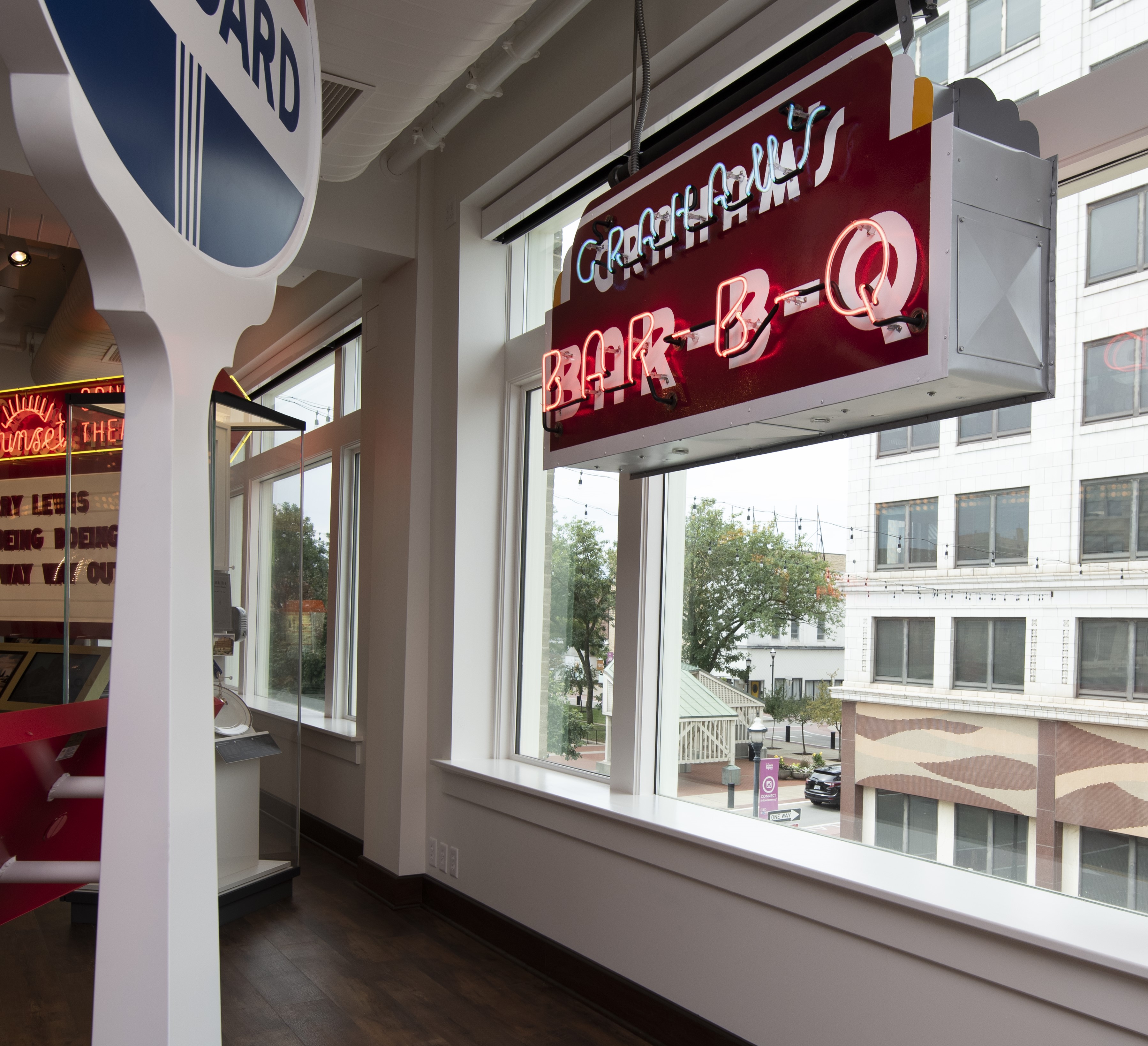 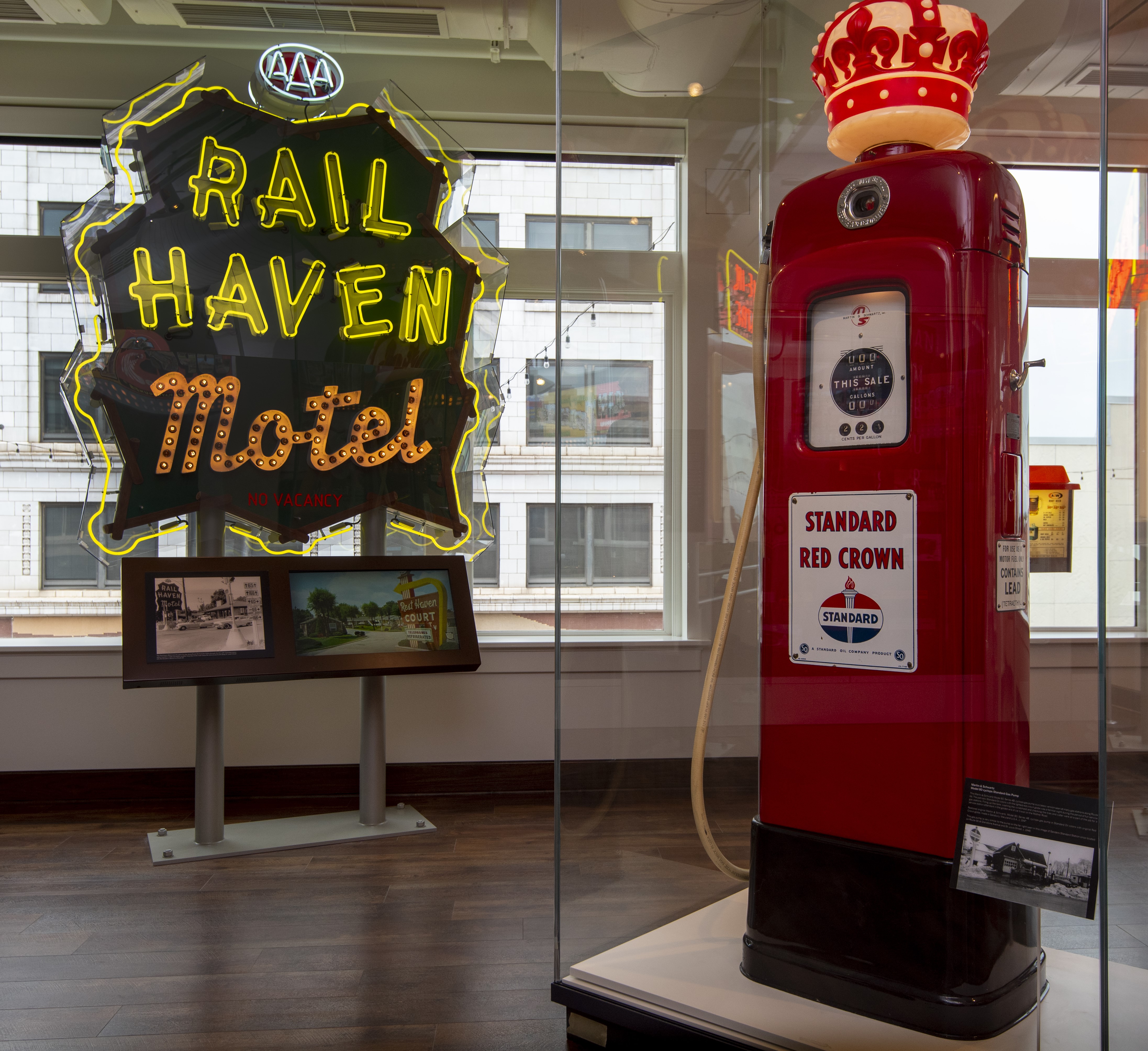 Play a song on this original Mother of All Plastic Jukebox! 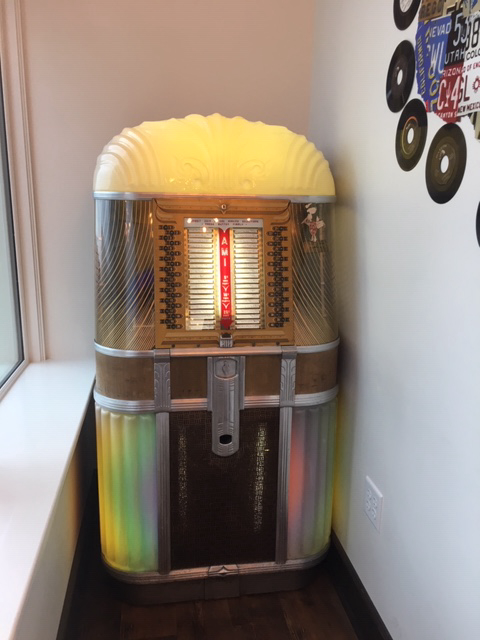 As highways were being mapped out, a route was devised from Chicago to Los Angeles by a group of men including B.H. Piepmeier of Missouri and Cyrus Avery of Oklahoma along with local Springfield advocate, John T. Woodruff. The route was proposed to be Highway 60, but the Governor of Kentucky opposed the naming. Highways ending in "0" were designated as cross country highways, and he argued that the road was not truly cross-country. Also, Kentucky did not have a main highway (ending in 0 or 5) running through the state which he considered, an "act of isolationism."

The national committee slated Chicago to LA to be 62 instead of 60, but Piepmeier, Avery, Woodruff and their planning team disagreed. The committee for the route met in Springfield, MO at the Colonial Hotel and decided on naming the route "66." A telegram was sent from Springfield requesting 66, and therefore Springfield is nicknamed the Birthplace of Route 66.

J.T. Woodruff eventually became the first president of the Route 66 Association. Their biggest push was to pave the highway from end to end, which took years to do. He receives much of the credit for putting Springfield on the map. He was instrumental in bringing highway 65 through Springfield, supported the transcontinental foot race, and is credited with increased tourism in the city.

Springfield saw an incredible growth in local businesses to accommodate tourism in the area. Hotels, service stations, entertainment venues, and restaurants sprang up across town. A few of the local classics are: