This historical marker distinguishes Ercildoun, Pennsylvania, as the birthplace of prominent physicist and author Dr. Charlotte Moore Sitterly. Sitterly was born in Chester County in 1898, but this marker was erected in 2005 by the Pennsylvania Historical and Museum Commission. This sign is publicly accessible at 660 Buck Run Road, in Coatesville PA, and is shown on the map below. Sitterly was a devout Quaker, attending Fallowfield Friends Meeting. Most notably, Dr. Sitterly was an award winning astronomist, primarily studying the solar spectrum and atomic data, working at Princeton and the Bureau of Standards.

Meeting of the Religious Society of Friends. Ercildoun, Chester. Sitterly was a lifelong Quaker and attended these meetings. 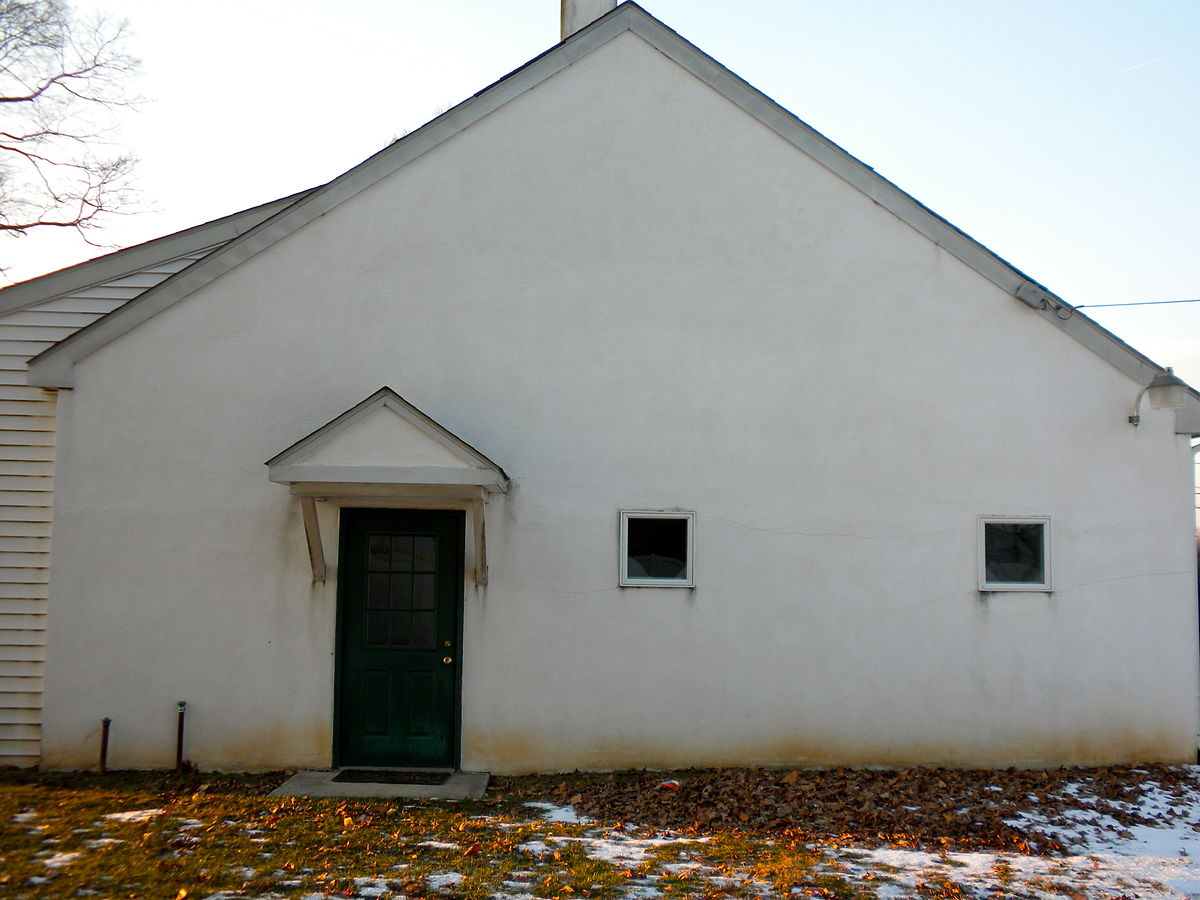 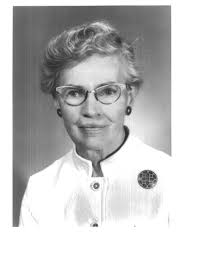 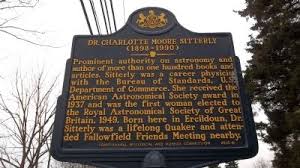 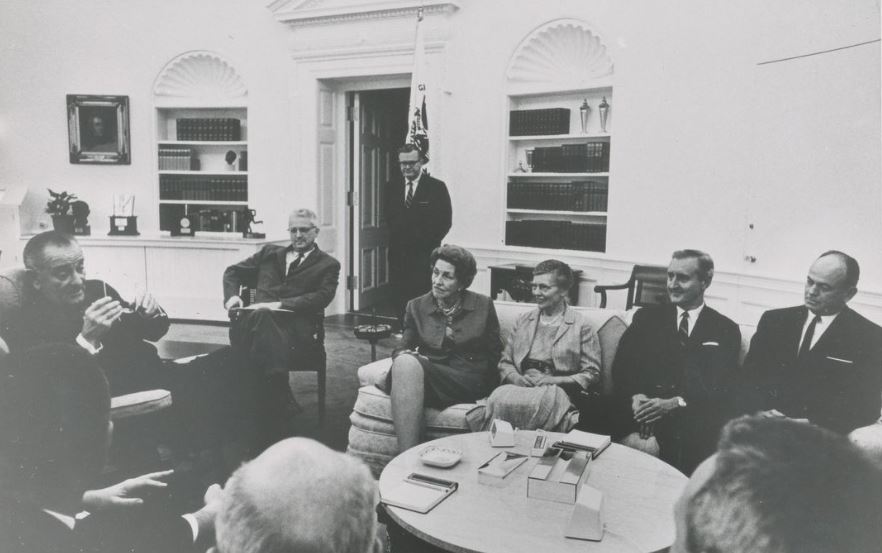 The Sitterly Historical Marker, located in Ercildoun, PA, commemorates the birthplace of, renowned physicist. Sitterly lived from 1898 to 1990 and was a devoted Quaker. Her religious affiliation is shown in the picture, Meeting of the Religious Society of Friends in Fallowfield. This historical marker was erected in 2005 by the Pennsylvania Historical and Museum Commission [1] Sitterly was a groundbreaking female scientist, doing research at various prestige institutions. Her research focused on the atomic spectra, gathering data and making discoveries that have proved invaluable to the scientific community.

Charlotte Moore Sitterly was born September 24, 1898, in Ercildoun Pennsylvania to a family of poor Quakers . From an early age, science caught her interest. She earned a degree in math from Swarthmore College while substitute teaching in order to pay for her degree. She told space historian David DeVorkin in an interview in 1978 that, “Substitute teaching and tutoring were the two fields in which a woman could get some money toward working her way through college; almost everything else favored the men.” [2] The head of the math department know that a famous researcher, Henry Norris Russell at Princeton, was looking for a research assistant. Sitterly eagerly agreed to work for him and begin researching the properties of stars. She worked for years with Russell, publishing numerous papers and even falling ill because of coal fumes. She desired to apply for a PhD, which was not possible for women at Princeton. In an interview with the National Bureau of Standards, she explained “I was used to prejudice against women because Princeton was a man’s stronghold, and a woman was really out of step there” [3]. In 1929, at age 31, Sitterly began a PhD at the University of California, Berkeley. She focused her doctoral research on the atomic spectral lines of sunspots. After finishing her PhD, Sitterly returned to Princeton as a research associate, and began working on multiplet tables. A multiplet table is essentially an encyclopedia of atomic elements, including electron states and wavelengths. This research was essential for the future of astronomical studies. In 1937, Charlotte Sitterly married Bancroft Sitterly, another of Russell’s students [4]. 1945 was marked by Russell’s retirement, and Sitterly’s move to the National Bureau of Standards. [5] This is now known as the National Institute of Standards and Technology. Finally, Sitterly’s final workplace was the Naval Research Laboratory, whilst maintaining a dual position at the Bureau of Standards. She is reported to be very meticulous by relatives, “Like she did with the atomic tables, she was just as meticulous at getting all the details and everything organized and worked out." [6] Another researcher, DeVorkin, said “I certainly had a feeling that she was very dynamic, very persistent and very clear-headed." [7]

Through her extensive astrophysical career in research, Dr. Charlotte Moore Sitterly received a number of awards and recognition. Her first award was the Annie J. Cannon Award, received in 1937. [8] This award is given by the American Astronomical Society to a women for distinguished contributions to astronomy. The next major award was the William F. Meggers Award of the Optical Society of America in 1972 for her work in spectroscopy and photonics. Finally, the Catherine Wolfe Gold Bruce Medal in 1990. This awarded honors lifetime contributions to astronomy by the Astronomical Society of the Pacific. As stated by the society, she was the “world’s most honored woman astrophysicist.” Sitterly had 5 first author publications spanning from 1933 to 1958. In 1966, she had the opportunity to meet with President Johnson and other dignitaries from the White House. [9] Another interesting honor given to her was naming an asteroid after her and her work, “Asteroid 2110 Moore-Sitterly.”

Dr. Charlotte Moore Sitterly represents a new generation of female astrophysicists and paved the way for future women in science. Her research was ahead of her time, and her publications remain used and heavily cited to this day. She worked in the field of astrophysics from her time at Swarthmore college until she turned 87, earning her numerous awards for her lifelong achievements in the field. This historical marker pays homage to her birthplace, showing that everyone influential comes from somewhere. She was born a poor Quaker girl in Ercildoun, Pennsylvania, and went on to be one of the most heavily honored astrophysicists of her time.