Built in 1951, the Dr. Willard Van Orsdel King House is a historic residence located in the Harbor Beach subdivision of Fort Lauderdale. It is significant for its architecture and one of its owners, Dr. Willard Van Orsdel King, an entomologist who was well known around the world for his research on mosquitoes. The house itself is an excellent example of Modern architecture and was designed by Willian Francis Bigoney, Jr. (1921-1996), who had a tremendous impact on the city's architecture. Still a private home today, the house was added to the National Register of Historic Places in 2006.

The Dr. Willard Van Orsdel King House was built in 1951 and is a fine example of Modern architecture. 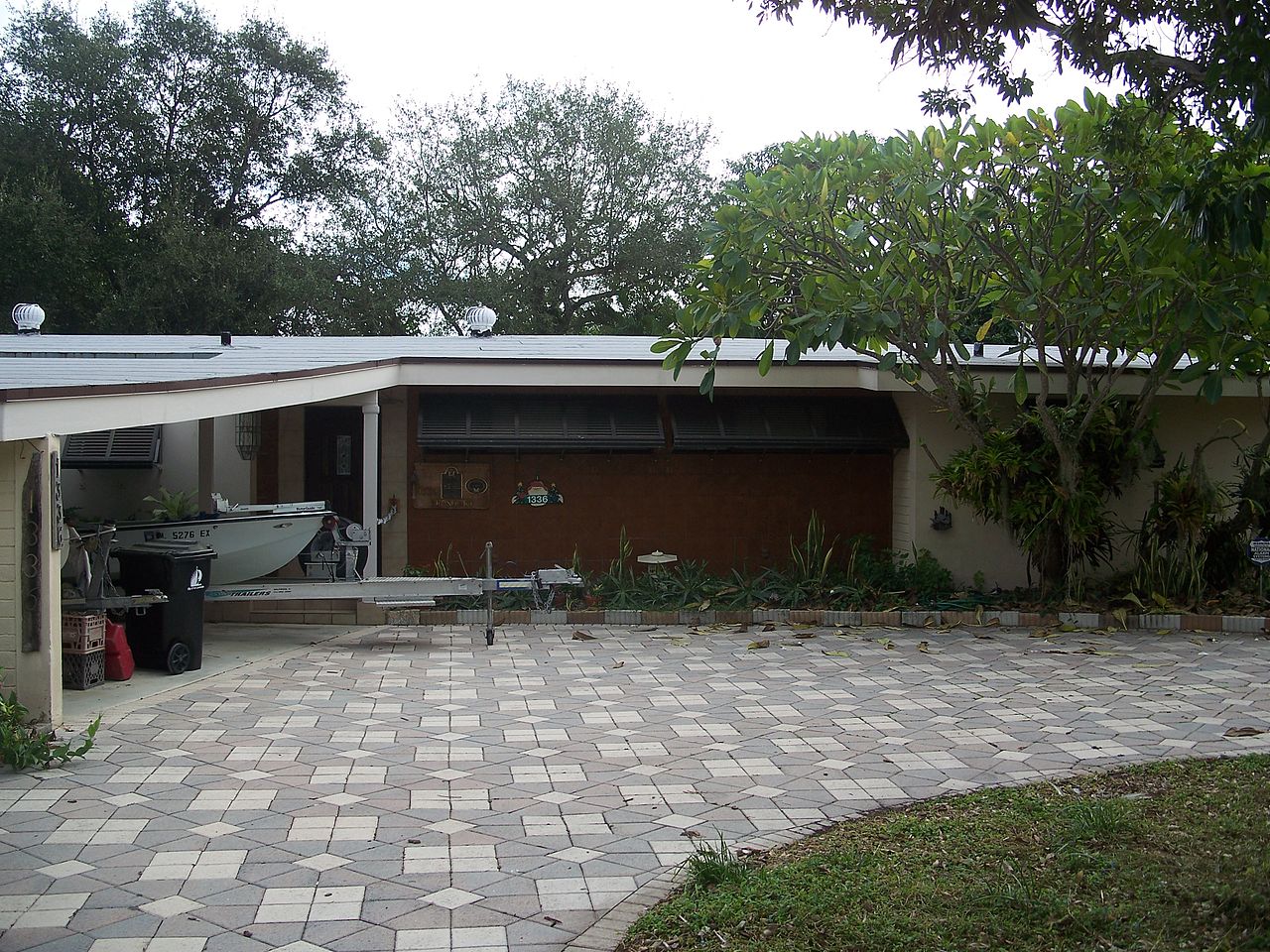 After World War II, architecture was changing around the country and Florida was no exception. In general, architects adopted simple designs, open communal spaces, and minimal exterior decoration. These modernist trends originated in Germany and influenced American architects, including Bigoney, who studied at Harvard University and Massachusetts Institute of Technology. He arrived in Fort Lauderdale in 1949.

The King House features an irregular floor plan and has three bedrooms, 2.5 baths, a kitchen, an open dining room and living room, and what is called a "Florida room" in the center of the house. There is also a trapezoidal carport attached to the house. Like all of the houses he designed, Bigoney designed the King House to catch ocean breezes and have a lot of shade. In fact the purpose of the "Florida room," which is oriented north to south, is to regulate the airflow in the house.

Willard Van Orsdel King was born in Virginia City, Montana in 1888. He studied entomology at Tulane University in New Orleans and earned a doctorate in 1915. The next year, he published research papers where he identified a species of mosquito in the U.S. that carried malaria (during his years he worked towards his PhD he identified a few other mosquito species that carried malaria). From 1917-1930, he lived in Mound, Louisiana and worked at the U.S. Bureaus of Entomology. There, he was the first to use aerial spraying to control mosquito populations.

In 1930, he moved to Orlando and became director of the Bureau, which relocated there. He also worked as a consultant on the Florida Board of Health. He spent the 1930s developing ways ways to protect people from insects that carried diseases. He joined the U.S. Army Sanitary Corps in 1941 as an colonel in the 4th Malaria Survey Unit, 3rd Medical Laboratory. In this role, he worked on mosquito control projects in the South Pacific. He received an award for his work in reducing the malarial rate (he even became sick himself) and identified over a 100 new species of mosquitoes.

He returned to Orlando in 1946 and worked until he retired in 1953. That year he bought the house where he lived for the rest of his life. Though he was retired, he continued to work as a mosquito control consultant. He passed away in 1970.