Upper Common after installation of fountain and bandstand 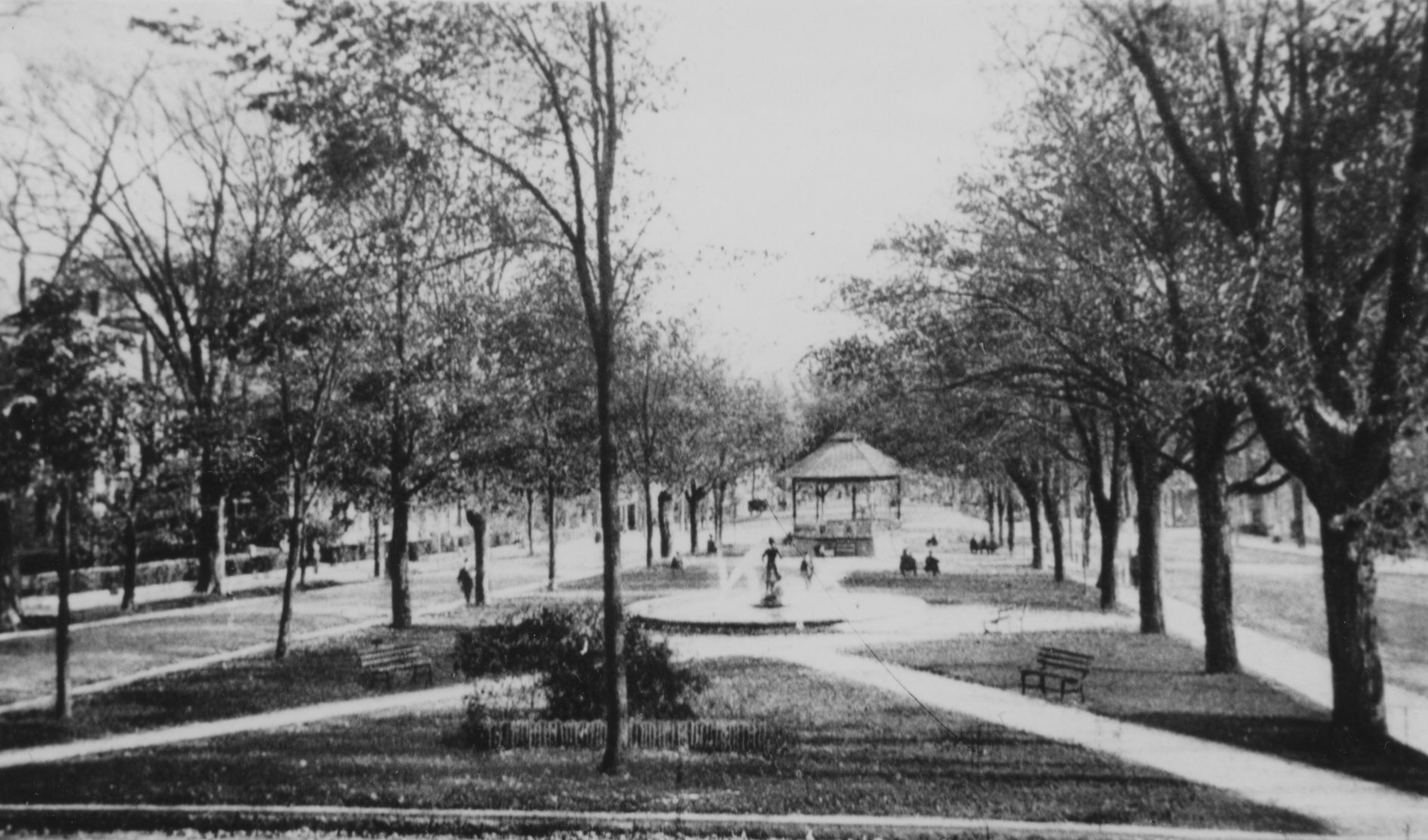 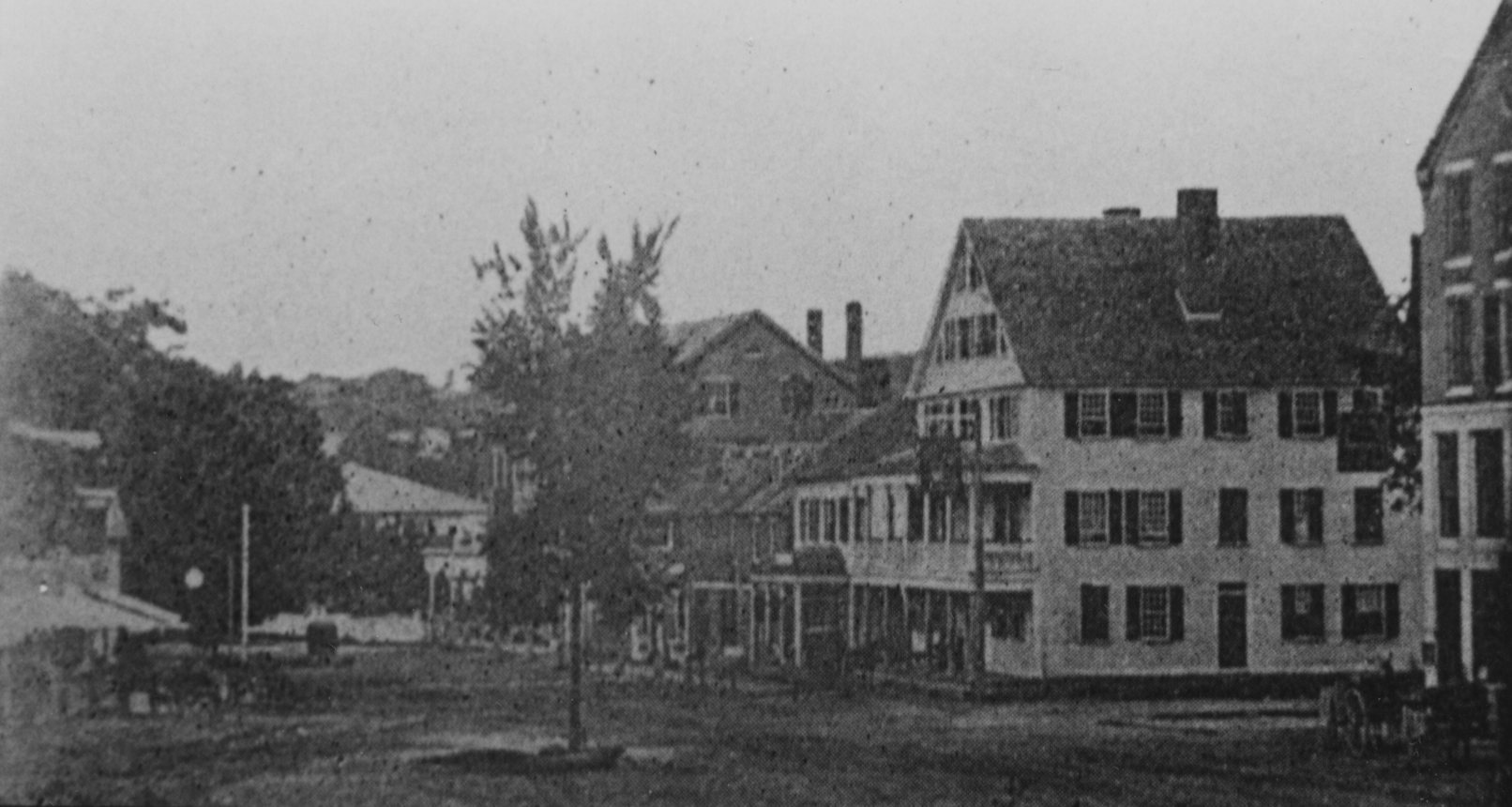 Reproduction of 1860's (?) photo of Cattle Show on the Upper Common 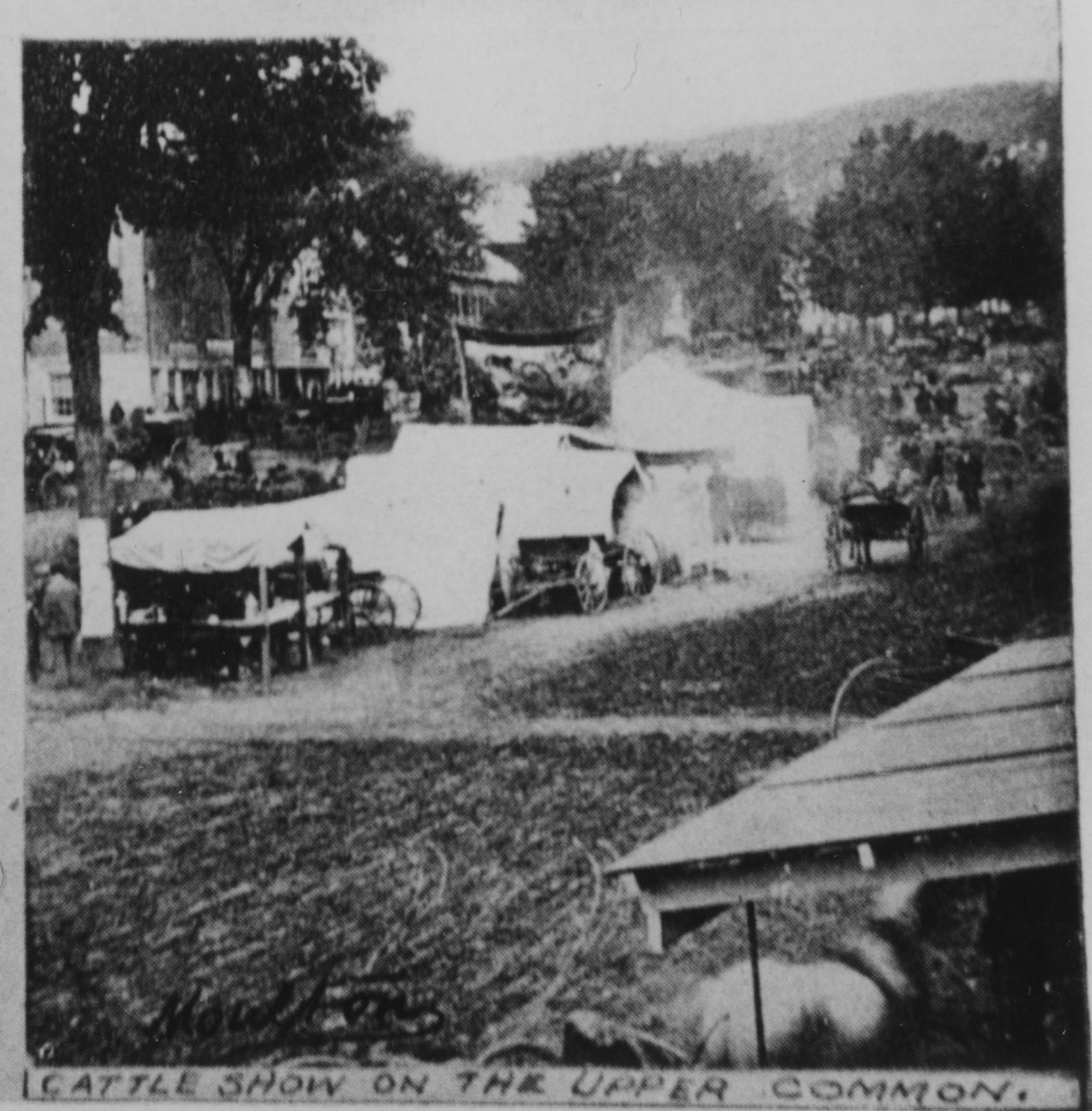 An Early Print of the Upper Common 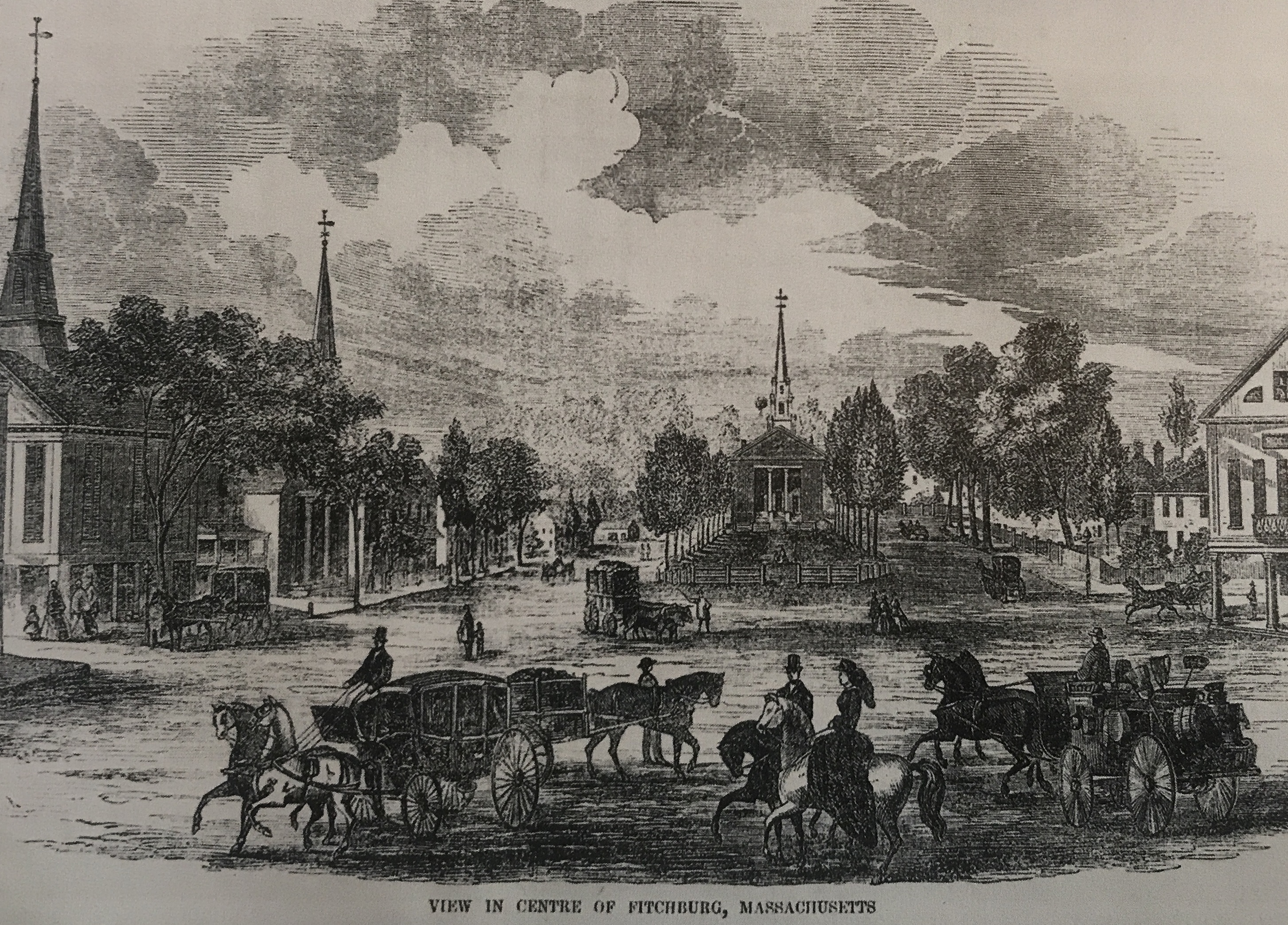 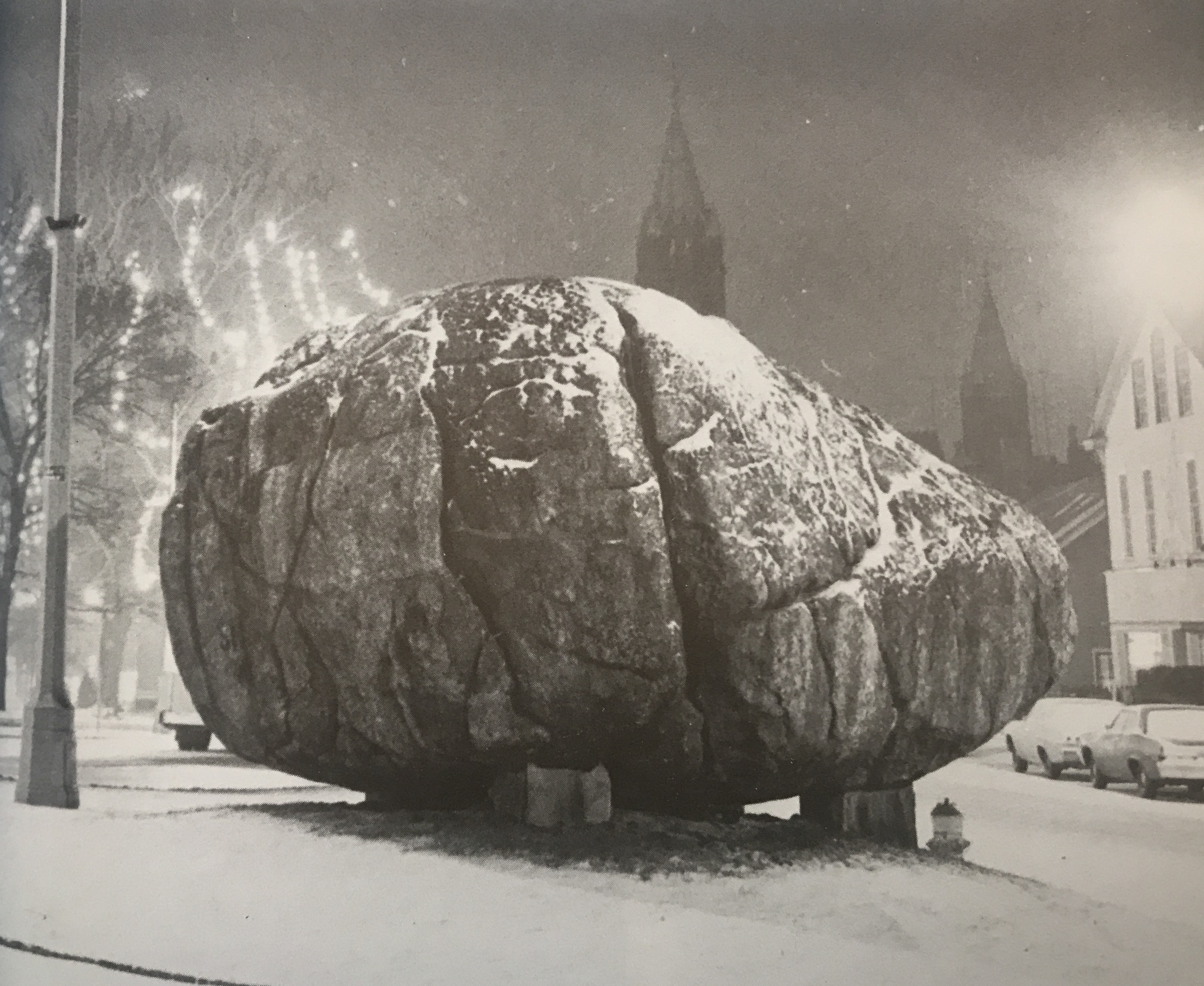 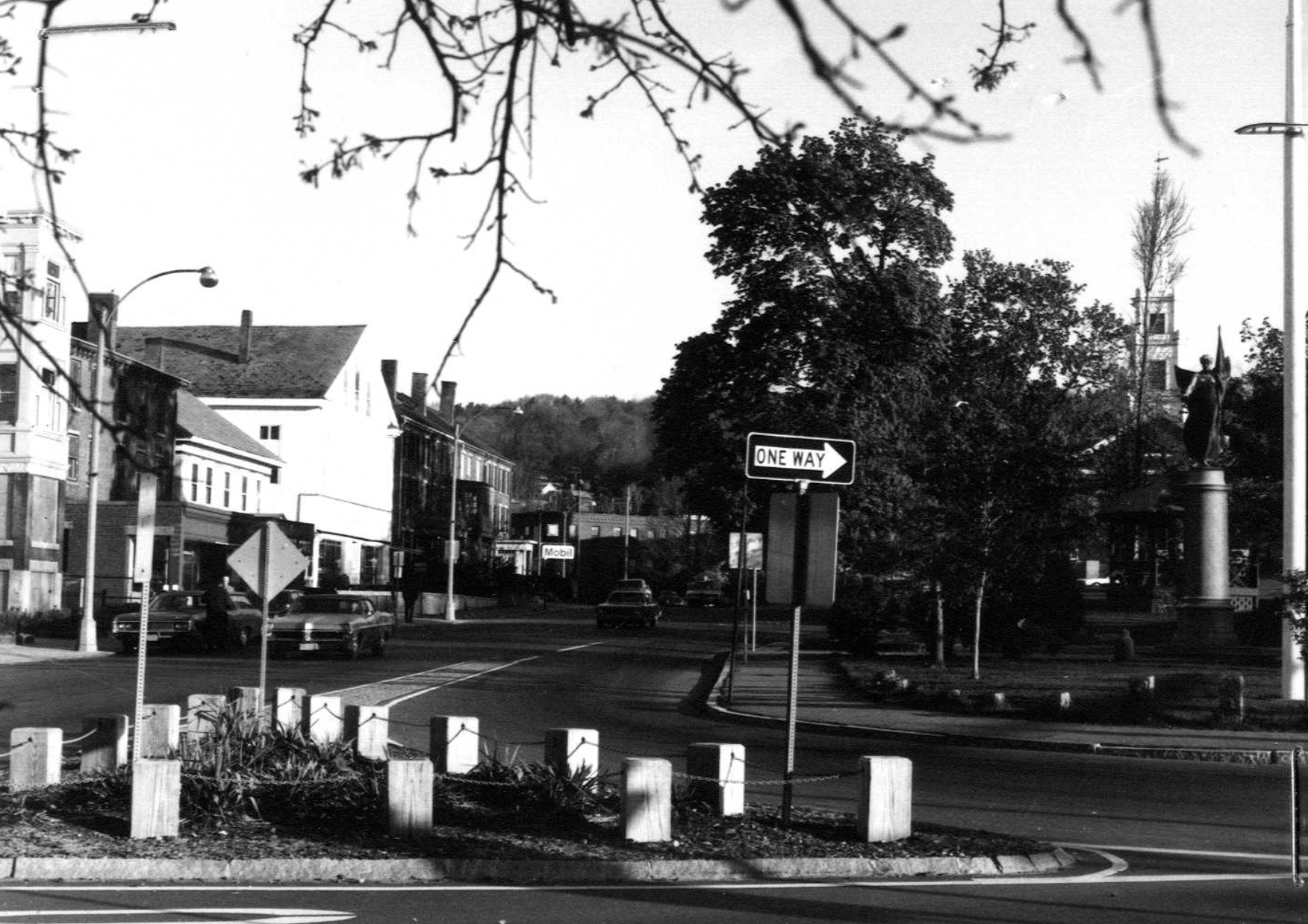 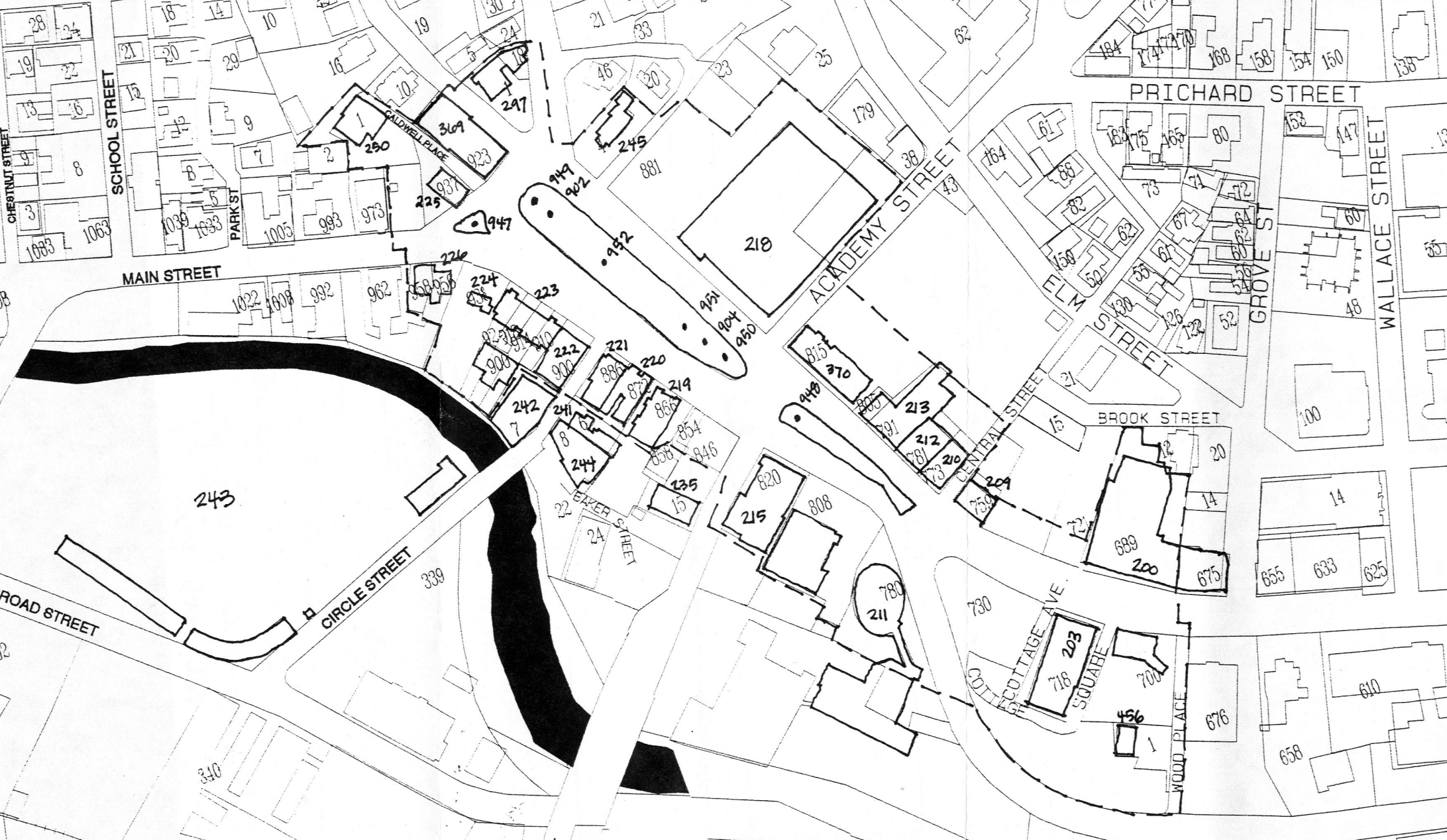 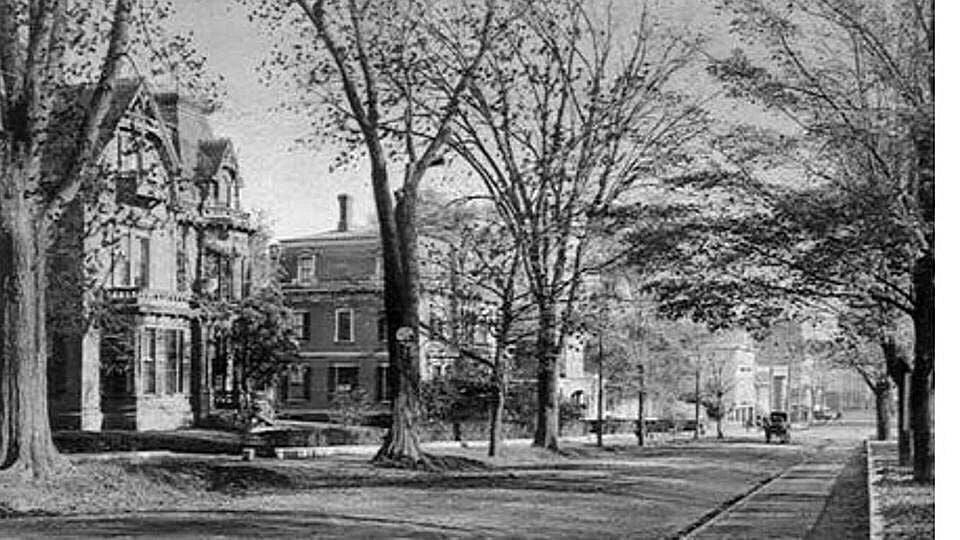 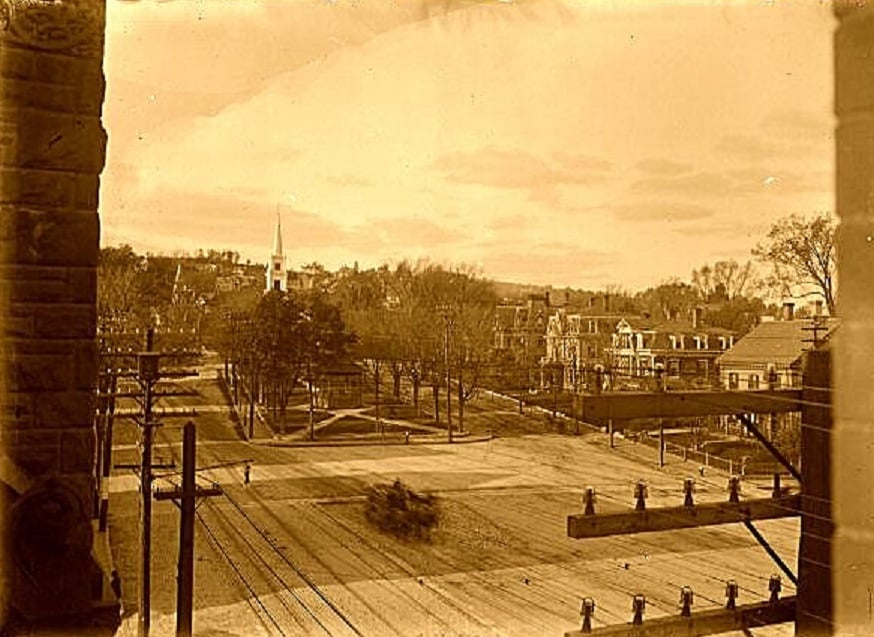 The 1837 church replaced an earlier meeting house, which can still be seen from the Upper Common - it now houses DeBonis Florist on the south side of the common. The current First Parish Unitarian church building was constructed from bricks locally made in Fitchburg at one of the city's brick factories. The columns are monoliths - each is one piece of stone - that were quarried on Rollstone Hill, which overlooks the downtown from the south. It housed a lending library of children's literature before the local public library was established in the 1850s.

By the time large contingents of immigrant laborers arrived in Fitchburg in the 1880s and '90s, the Finnish community was based on the streets north and west of the Upper Common. The Finnish nickname for this location was "the Kuusamo". Even non-Finns knew what it meant when someone said, "Meet me on the Kuusamo".

The Upper Common initially thrived as a residential area featuring Federal and Greek Revival homes, however, its proximity to the river and local industries such as the mills led to an increase in commercial and civic development. It is now home to a variety of public art installations and monuments. One of the first monuments built was Herbert Adams' fountain, "Boys Playing with Turtles," which was built in 1888 and restored in 1986. It also contains memorials for the Korean and Vietnam wars as well as World Wars I and II. An additional memorial was constructed for Arthur M Longsjo Jr, who was the first African American to compete in both the summer and winter Olympics in the same year (1956). Finally, the Rollstone Boulder, a deposit left by receding glaciers, was moved to the Upper Common around 1929/30.

Information from historical folders about Fitchburg's Finnish community and the First Parish Church, both in the collection of the Fitchburg Historical Society.