The Charles Hosmer Museum of art is a museum noted for its art nouveau collection, according to, www.morsemuseum.org/ the museum houses the most comprehensive collection of the works of Louis Comfort Tiffany found anywhere, a collection of American art pottery, and fine collections of late-19th- and early-20th-century American paintings. Located In winter park Florida, a place that is known by Floridians for having a lot of history, which is a perfect place for the museum to be in. around many other beautiful places to go to, including restaurants and vintage boutiques. This museum has many Exhibitions This is what brings the public into going there. Some of these exhibitions are Louis Comfort Tiffany’s Laurelton Hall, the collection of portraits, and for last the Tiffany Chapel. (Genius glass) 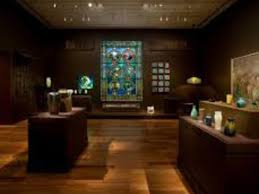 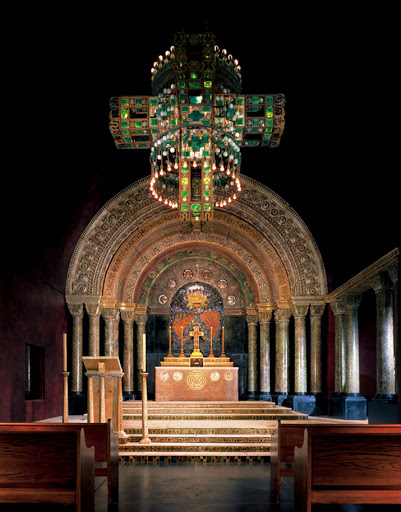 Portrait collection of the museum (one portrait). 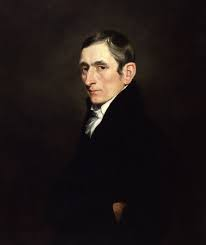 All the exhibitions in the museum are Unique in their own way, the Louis Comfort Tiffany's Laurelton hall is characterized by many things, but specifically by its new methods of glass manufacture. This exhibit is inspired by nature, so the creator made sure that it looks very natural, and organic. The purpose of this exhibition was to demonstrate art in a different setting .  (Bennett, Lonnie)

The museum also has, selected Portraits from the Morse Collection. This is based on portraits of people and events that happened in the 80’s, important painters during that time, made portraits for the museum. For example, painters like William Merritt Chase and Gilbert Stuart created interpretive renderings of their subjects with inimitable styles, that made the public fall in love with their art. They were also photographers involved in this, for example, photographers like Jens Rudolph Matzene made a huge impact on the story of portraits in the museum. What makes these portraits special? The magic they project, because it captured the qualities and interpretation of the artist no matter if it is a photographer or painter.(Tiffany Chapel)

The next and last exhibit is Tiffany Chapel. This exhibit is the exhibit it that has gone through the most. After being places in so many different places, being destroyed, and rebuilt again, this collection can finally rest permanently in the Morse Museum. The Tiffany Chapel was located first in the city of Chicago in the 1800s after a very wealthy woman bought it to turn it into a church. The Chapel was damaged in the 1900s which lead the Chapel to being relocated. In the same 1900s the chapel was relocated and reinstalled at Laurelton Hall. Once there the Chapel was used as a monument, until 1949 when it closed because the Chapel became disassembling the Chapel it was not as complete as it used to be. After not knowing where to place it what was left of the Chapel finally, the collection was rescued to winter park in 1999. After the collection was moved to winter park it became part of the Charles Morse Museum, on April of 1999. This is one of the most visited part of the museum because of its beauty, art, and architecture since its opening.

The Charles Morse Museum is placed in the Winter Park, Florida, one of the most beautiful places the city of Orlando has, full of restaurants, boutiques, and yet the museum is one of the most beautiful attractions that the city of winter park has. This museum houses many collections of art, architectures, portraits many more other things including a souvenir store inside the museum. Like many other historical places this museum and its exhibitions have gone through a lot, but it still managed to become what it is today. With more than 1000 visits per week, this museum is one of the most visited places in winter park. The Charles Morse museum is a place everyone should go to.

Created by Arielle Pelissier (Instructed by Diana Reigelsperger, Seminole State College) on May 5th 2020, 3:20:12 am.