This is the location of John Dillinger's first robbery attempt. After he a failed attempt to rib a local grocer Dillinger later plead guilty to the crime. It was the time that he spent in prison for this crime that molded the criminal that we know today. 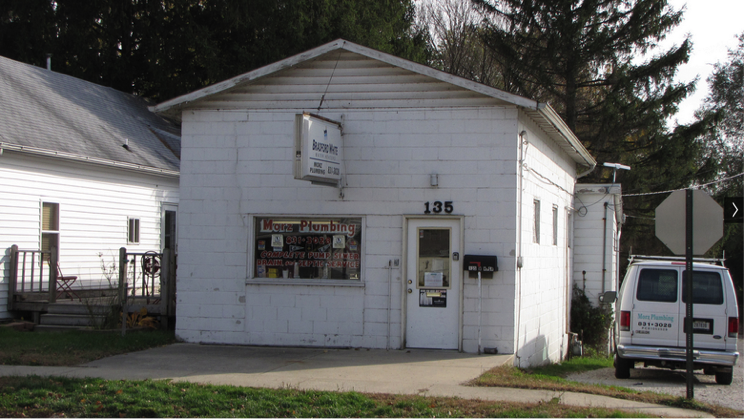 On the night of September 6, 1924 John Dillinger and Edward Singleton decided to rob a local grocer, Frank Morgan, at gunpoint and assaulted Morgan with an iron bolt. Shortly after the robbery gone wrong Dillinger was arrested and confessed to the robbery to officials. He was sentenced to 10-20 years for assault and battery, as well as 2-14 years for conspiracy to commit a felony. The sentence came, as a shock to Dillinger, his family and the community because they believed a confession would result in a lighter sentencing. Frank Morgan years later after recovering from his injuries eventually signed a petition to the release Dillinger from jail. The out come of this robbery, arrest and sentencing was arguably the turning point for John Dillinger that led him to a life of criminal activity. The harsh sentencing that Dillinger received created a bitterness and anger inside Dillinger towards the justice system. At the time of Dillinger’s sentencing there were murderers, in the same prison that Dillinger resided at after his conviction, who were serving less time. Dillinger served nine years of his sentence before he was released in 1933, which during those years Dillinger engaged in criminal activity and made many criminal contacts he later used in his life of crime.