As Spring Valley and Monsey transitioned from a Summer bungalow destination to a year-round home, the fledgling Jewish community needed education for their children. Yeshiva of Spring Valley was created in 1943, before Beis Medrish Elyon, and it became the cornerstone of the community. For more than 75 years it has provided Jewish education, and it continues to do so today in a new building on West Maple Road. 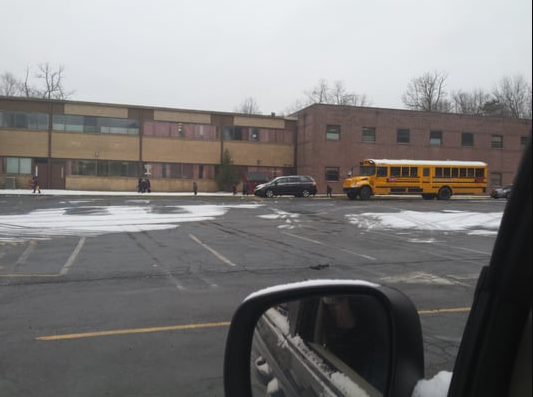 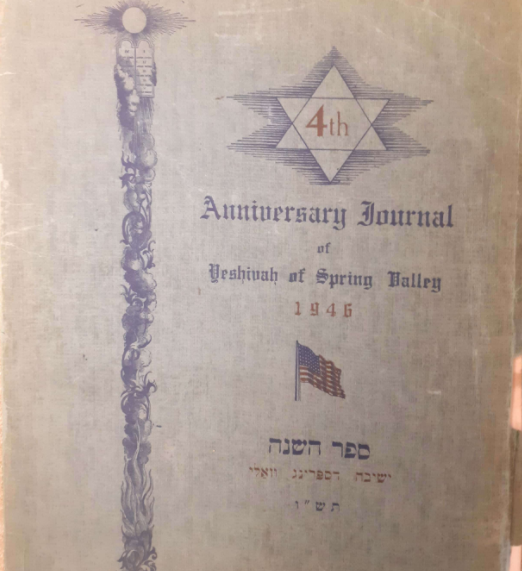 (Below) From the writings of Rabbi Schapiro. (Above) A memorial letter written about him, published in the Yeshiva Spring Valley Anniversary Journal. 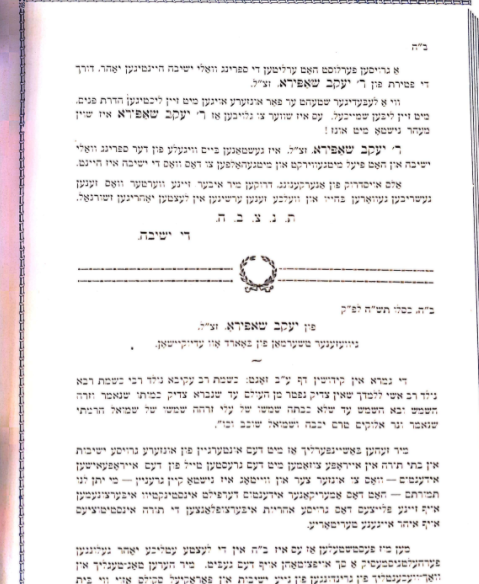 Before the founding of Yeshiva of Spring Valley, Jewish families sent their children to public school and had them tutored in Jewish studies by Mr. Bolgatch.

In 1943, Yeshiva of Spring Valley started in the basement of rabbi Soloveitchik's synagogue with four or five students learning from rabbi Shapiro, the town shochet (ritual slaughterer). The school spent one year in BME, and then rented space in rabbi Weinberg's chicken factory on "the Jewish Hill", Ewing Road and surroundings. Its next home was off of Union Road until this structure was built on the corner of Main St. and Maple Ave.

There were not many families in the area who cared about a Jewish education. Harry Halberg, the son of Bracha Halberg who sold BME to rabbi Mendlowitz, would go door to door asking Jewish families to please send their children to the school. He brought his daughters along to show the families that children who received Jewish education could read and write English well and speak without an accent.

Rabbi Hershel Mashinsky is an example of the way BME and YSV were loyally tied. A student of Torah Vodaath from Kindergarten, through Aish Dos, through BME, he felt naturally drawn to helping educate the next generation of American Jews. He taught at YSV all of his life, becoming a guidance counselor there in his "retirement".

Reb Dov Greenberg, the son-in-law of Rabbi S.F. Medlowitz was the principal of the school for many years. He used to open the telephone book and dial the number of any family whose name sounded Jewish. He would proceed to ask them to join the school, offering tuition breaks for those who needed it.

Undated Letter From Mrs. Bracha Halberg to The Monsey View.