The Columbia Air Center has the distinction of being the very first African-American owned and operated airport in the state of Maryland. The outdoor exhibit interprets the center’s aviation history and chronicles a period when Black aviators had to band together to open an air center of their own because they were not permitted to use other airports. The Columbia Air Center housed ten planes, five runways and three hangers. The center became home to a school for aspiring pilots and included a training facility for a local, all-Black squadron of the Civil Air Patrol. 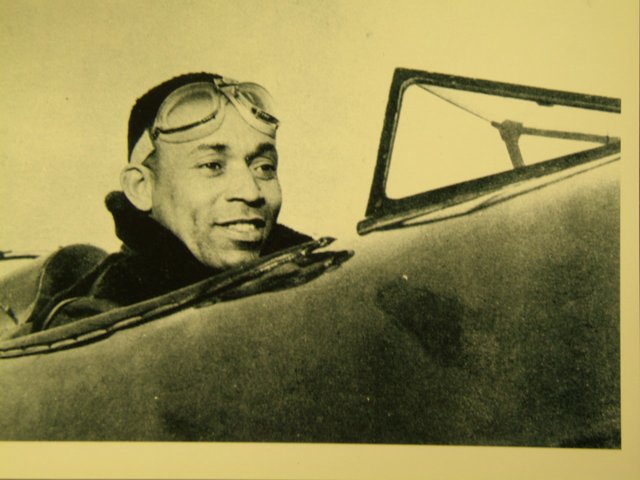 Picture of a Portion of the Outdoor Exhibit 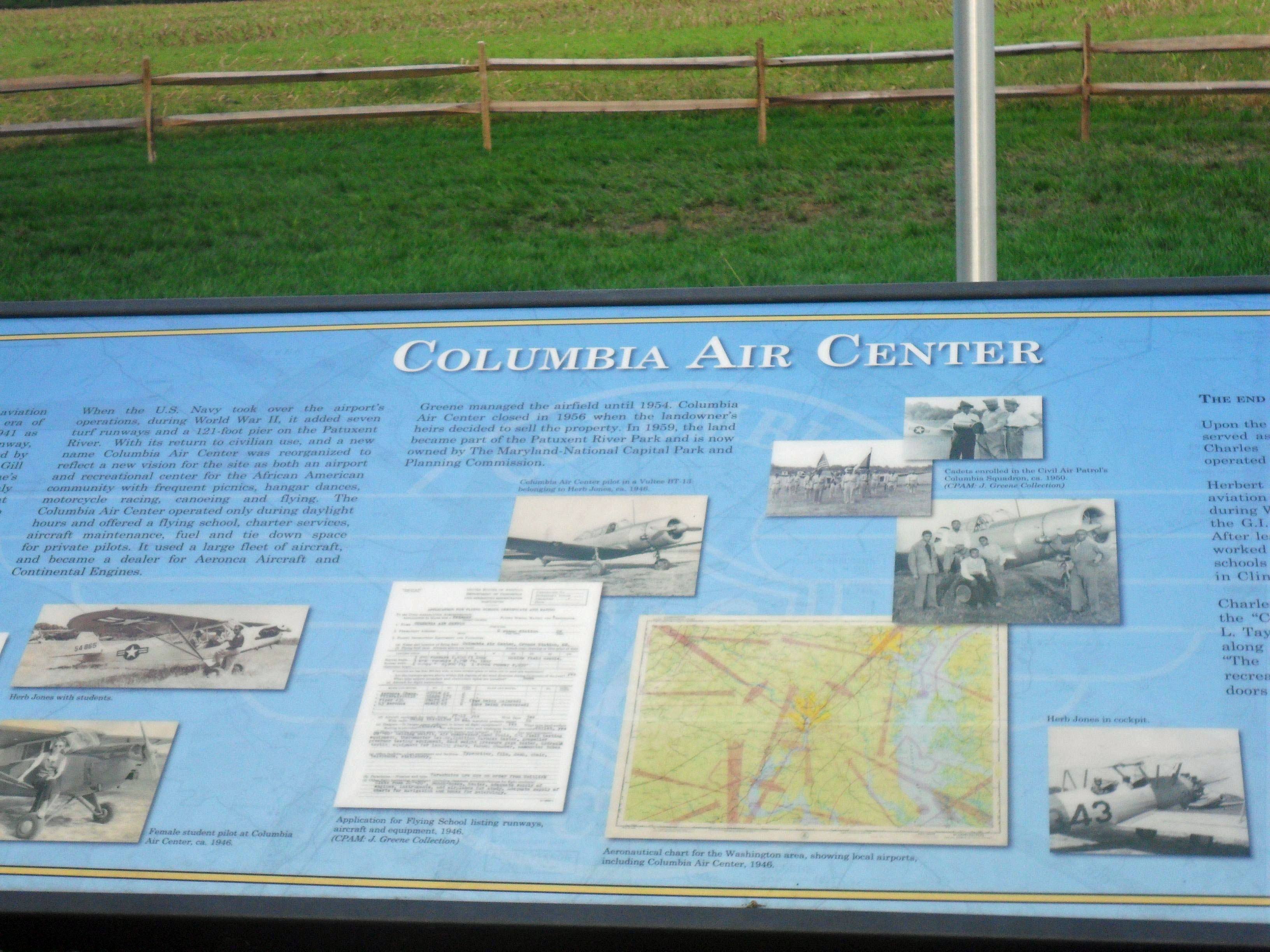 The group of Black pilots who started the Columbia Air Center did so out of necessity. They were led by one of the Tuskegee Airmen, Herbert Jones Jr. who would later go one to start the first African-American owned airline, International Air Association. The group of pilots made aviation history in the state of Maryland and their center is also considered one of the first African-American owned airfields in the nation. The Cloud Club, as this band of pilots was known, were kicked out of a white-operated airfield in 1941 and although they were excluded from being part of an all-white aviation group, there were no exclusionary practices at the Columbia Air Center. In fact, half of the students at its aviation school were white.

In addition to offering a flying school, the center also offered charter services, staged air shows and offered facilities for major and minor repairs. Unsurprisingly, the business was never a financial success. It closed in 1958 after a series of break-ins led to damaged equipment that the outfit, already operating on a shoestring budget, couldn’t replace. Despite the limited resources there was only ever one serious crash in the center’s 17 years of operation. There were, however, no fatalities. Many of these trailblazers have a place in aviation history. One of the center’s co-owners, John W. Greene Jr., has a Maryland chapter of Negro Airmen International named after him and he was honored as part of the Smithsonian Institution’s “Black Wings” exhibition. He spent the rest of his years as an advocate for aviation education for young people and handful of his protégés went on to fly for major airlines.

Though these men had to endure so much, the determination and courage they showed in venturing out on their own and in educating aspiring Black pilots has meant that their legacy lives on. They were faced with artificial barriers but none of it stopped them. They occupy a unique place in Black history for helping ignite the passion for aviation among African-American youth in the Greater Maryland area. The video included below is a short history of the Columbia Air Center and is narrated by Herbert H. Jones, one of its founders.

Monday through Sunday, 8 am - Dusk