While Patriot's Point Memorial in Daphne, AL is not paying tribute to any specific battle or fallen hero, its existence is testament to the love that Daphne's citizens have for their country. This beautiful monument is located on the east side of Mobile Bay next to the Daphne Civic Center. Thousands of people pass by this monument and pay their respects every day. The South is full of history and therefore full of historical monuments. This monument was built by the city of Daphne and is maintained by Daphne's Parks Department. 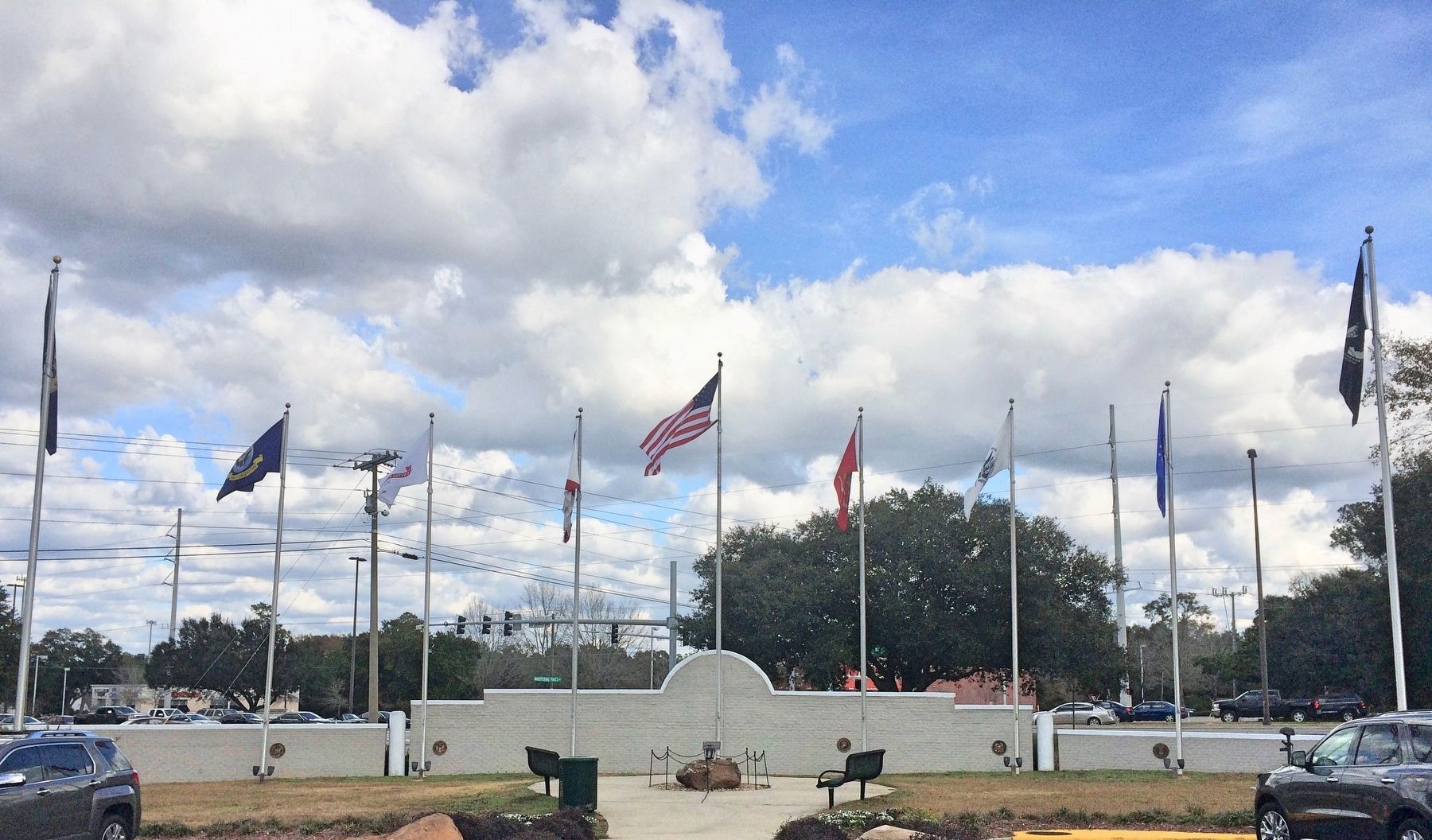 Patriot's Point Memorial marker. The commemorating plaque located in front of the memorial 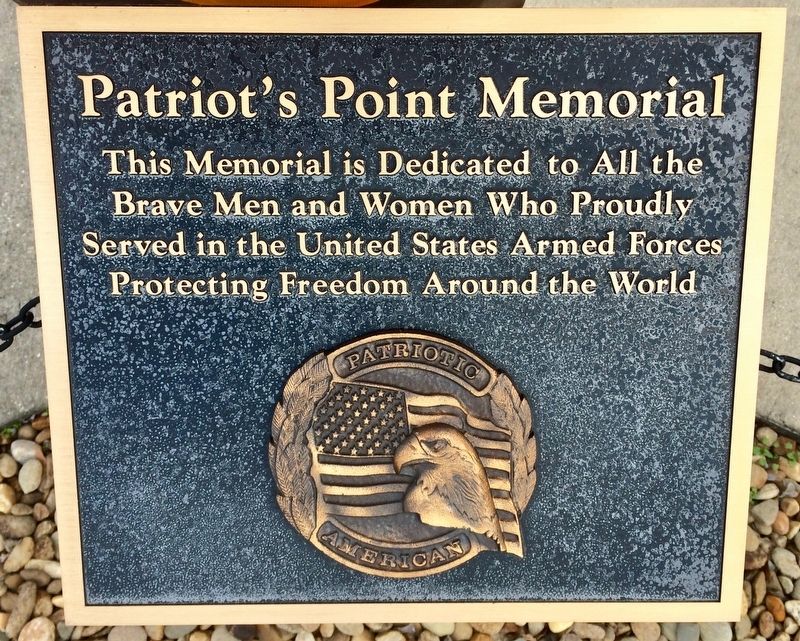 Boots of a fallen soldier. Along with their helmet, weapon, and a cross. 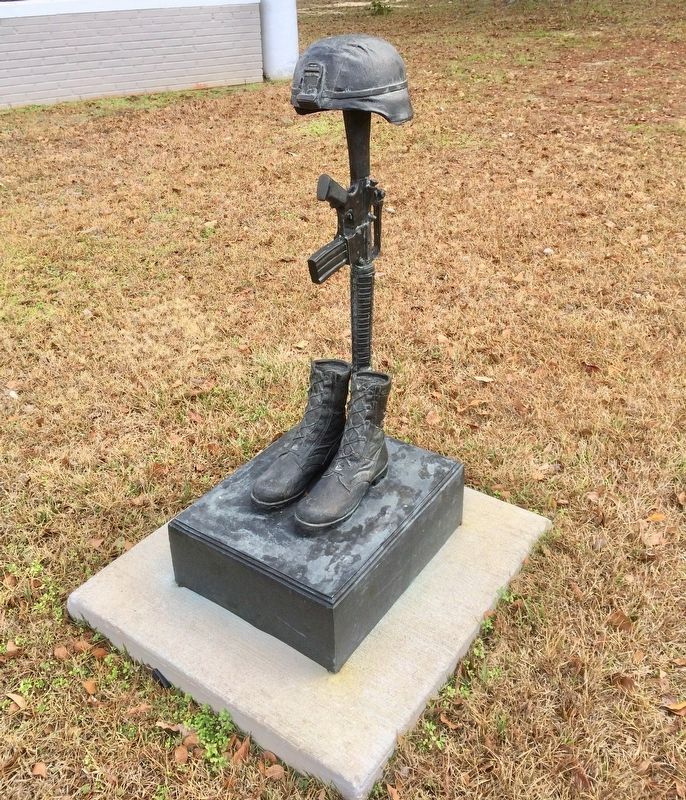 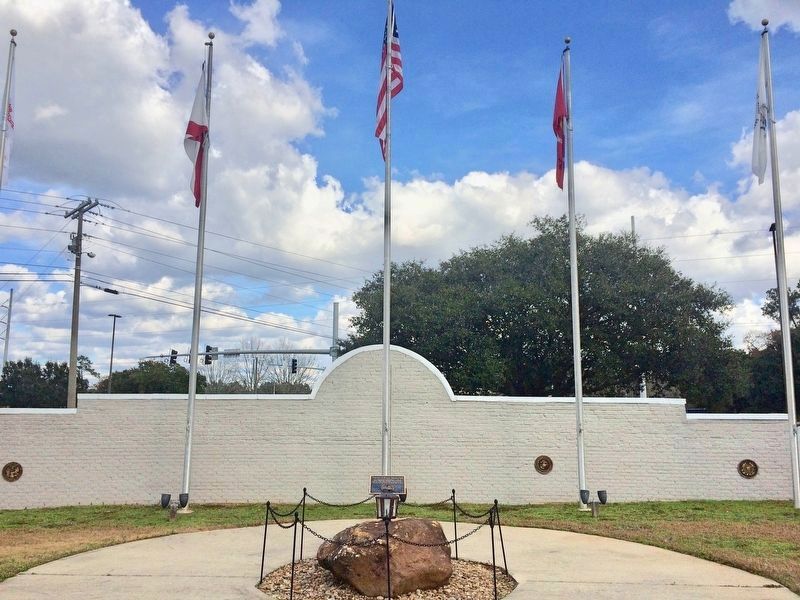 Mobile is one of the oldest cities in the South. With age comes experience, and Mobile has certainly had its share of unique experiences. With roots laced through the rich histories of the American Revolution and American Civil War, Mobile has played an important role in shaping the history of Alabama. The Battle of Fort Charlotte that ousted the British, for example, retook the gateway to Alabama from the British. While the Battle of Mobile Bay was won by the Union forces, the sons of Alabama fought hard to protect their home. Mobile and its surrounding towns like Daphne have served as a gateway to Alabama and the South.

Now, many flock to its beaches and enticing bay side shops and restaurants. To see the city now would bring tears of joy to those who once liberated it from British control. The heroes of old and new heroes whose blood currently spills in the fight for freedom, built this city. Daphne, which incorporated in 1927, was once just land by the bay. Now it is a thriving town, heralded as one of the fastest growing communities surrounding Mobile. The people of Daphne recognize that their freedoms were purchased with the blood of their ancestors. They know that Alabama was not always theirs. To honor the brave men and women, they raised this monument as a place of peace. Veterans and civilians alike can take time out of their day to walk around Patriot's Point Memorial and think about the soldiers who earned them their freedom.

In battle, it is the quiet moments that allot soldiers a sense of freedom. In the chaos of war there is the beauty of remembrance. Perhaps a soldier from Mobile once stood on the shores of Daphne. His great love next to him, hand in hand. He was soon off to war and apart from his love, from his family and home. That is the moment that raised this memorial. For those fallen soldiers that once called Daphne home. Those who knew only Mobile until the war took them away. The ones that love Alabama and miss it every day. These are the heroes that fight for America. And for them Patriot's Point Memorial will always pay homage.